“Allied” co-stars Marion Cotillard and Brad Pitt are both beautiful enough on their own. But surround them with gorgeous scenery, add beautiful cinematography and outfit them in carefully created costumes, and you’ve got a really pretty two hours in the theater — which is just what “Allied” delivers. The film, out this week, follows the story of two military operatives during World War II who fall in love after pretending to be a couple while on assignment in Morocco. Reunited in London after a successful mission, the couple seems headed for domestic bliss—until it turns out that all may not be as it seems. 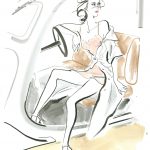 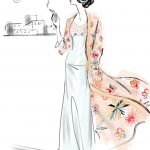 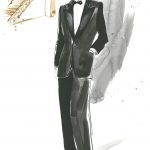 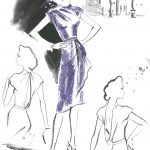 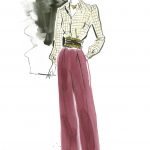 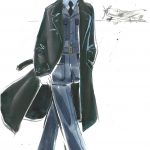 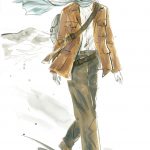 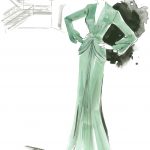 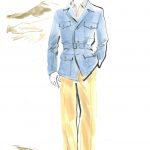 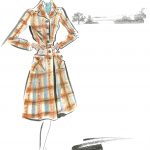 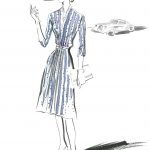 Grounding the story in its historical context without losing creative or curatorial vision was important to Joanna Johnston, the film’s costume designer. With past credits that include “Saving Private Ryan,” “Forrest Gump” and “Lincoln,” Johnston is no stranger to creating pieces that feel rooted in another decade or century. But she insists that interpretation when it comes to costuming is key, as the point is to paint a picture rather than create a perfectly accurate historical documents.

“Nothing was a straight copy,” she explained. “It was a whole load of different influences or parts that go into making your interpretation for the film.” Though Johnston played around with vintage pieces, even having Pitt try on an original service uniform during a fitting, she says that in the end, everything — even shoes — were custom-made for the movie.

The most difficult part of the process had to do with scaling that level of customization for a large cast that included extras and crowded party scenes, but none of the challenges felt insurmountable. And having a close relationship with the film’s Emmy-winning hair and makeup designer Daniel Phillips helped make many other aspects of designing for the film go smoothly.