The Cut lighting comes in pendant or surface variations – the latter designed for the wall or ceiling. It has a mirror finish that appears opaque when switched off, and when lit up, reveals the bulb inside, reflected in an “endless” pattern off the faceted shade. 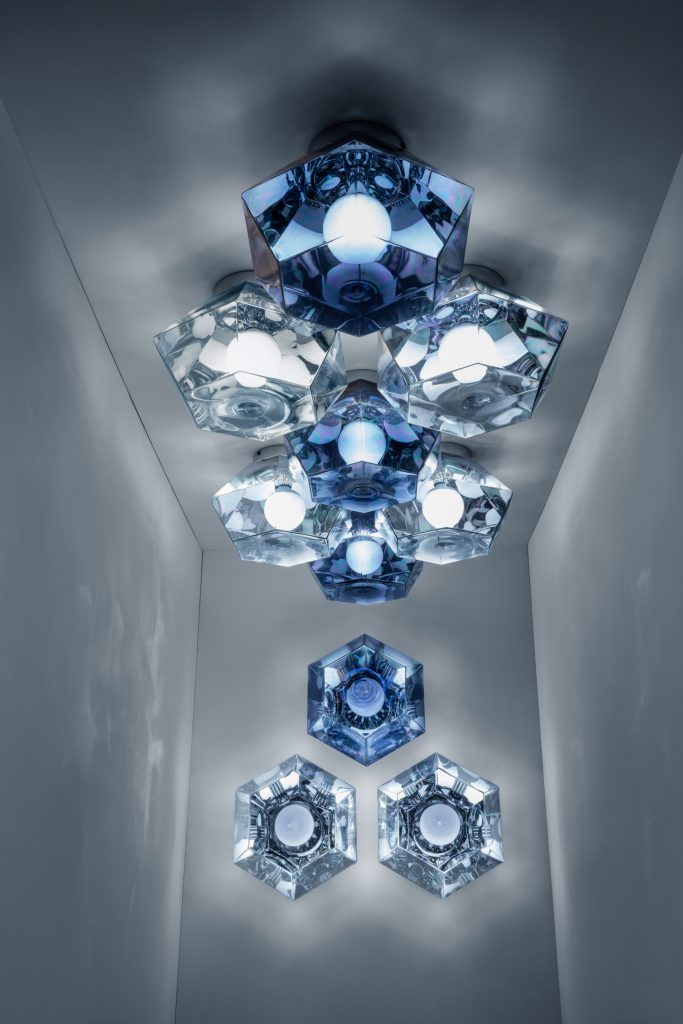 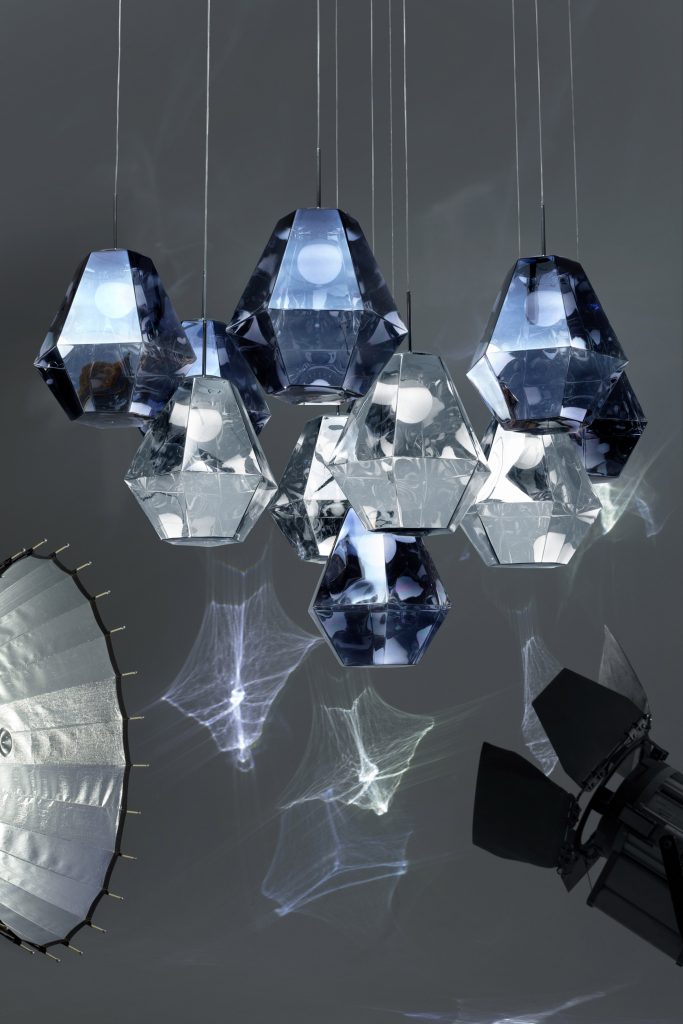 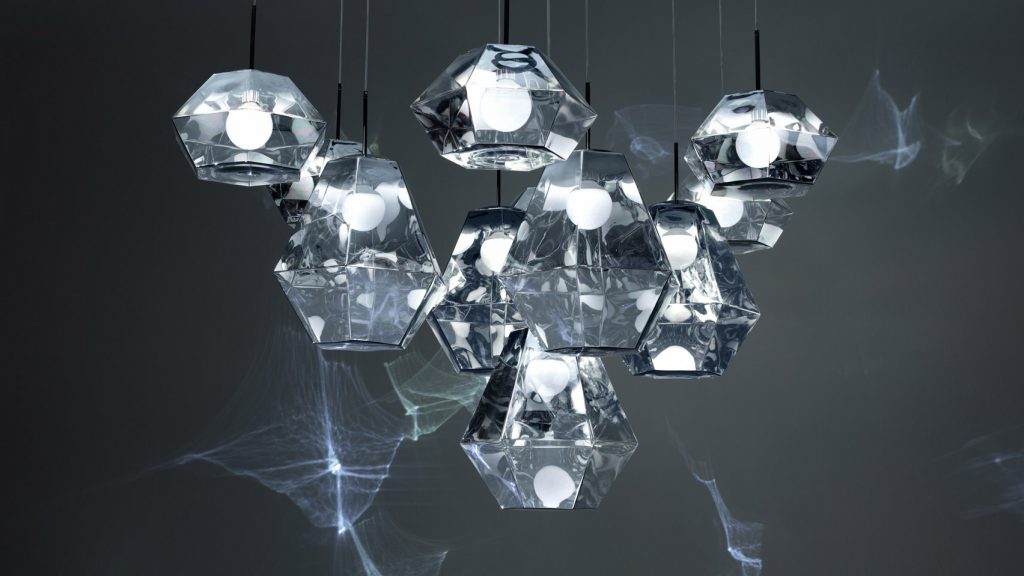 Dixon also revealed an update to his Melt range in Milan. The Melt Surface collection is a flatter version of the existing lighting – made from half-metallised glass globes in distorted spheres – and is designed for use on the floor, wall or ceiling. 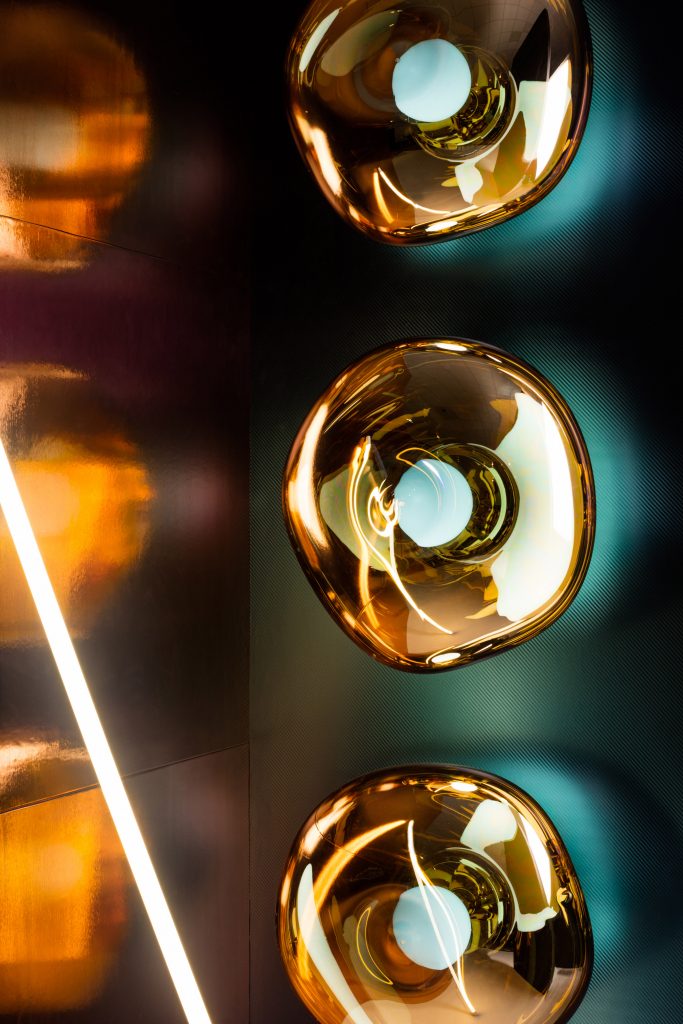 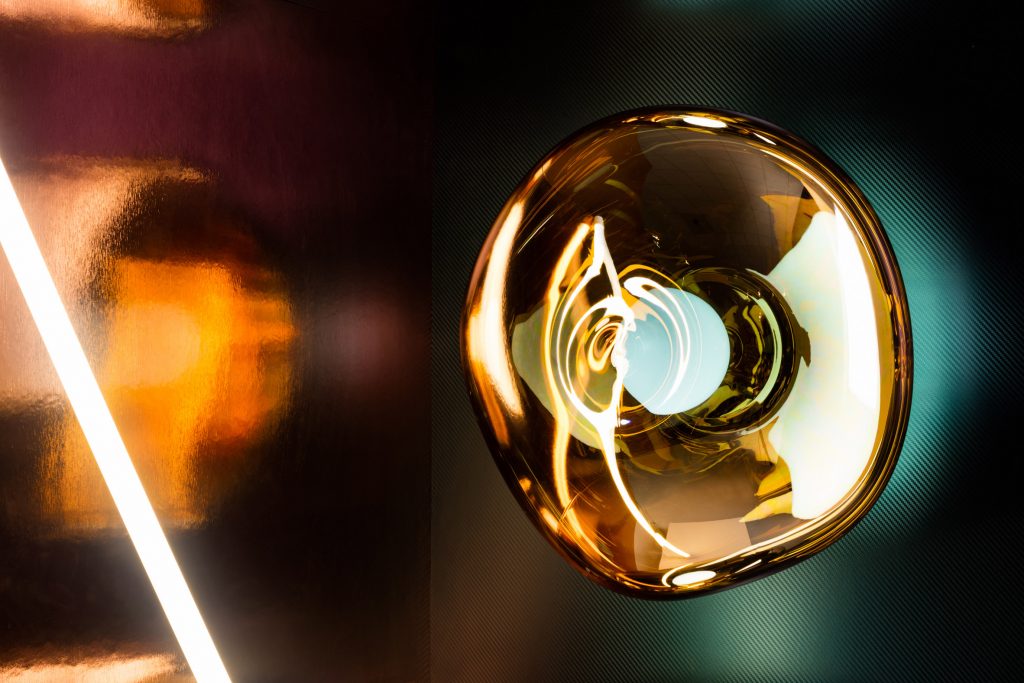 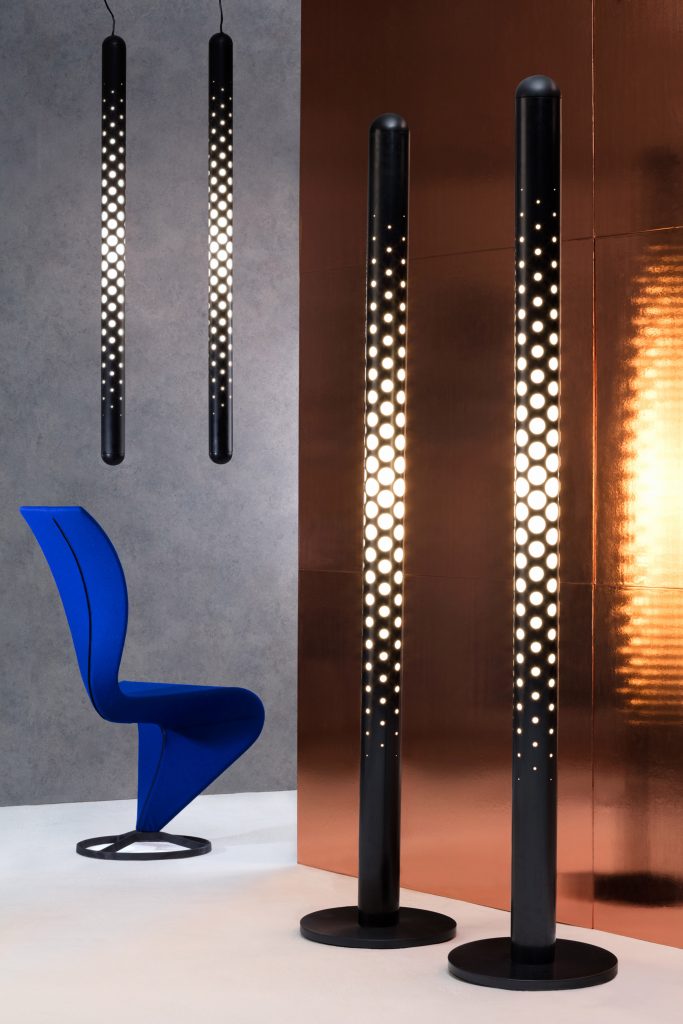 Dixon is displaying everything at his Multiplex exhibition, which will inhabit an 840-seat 1950s cinema in Milan, and showcase his work alongside pop-ups from brands including Sonos, Mabeo and IKEA.