Chanel forwent the usual far-flung cruise destination for its show, instead opting to bring ancient Greece to Paris’s Grand Palais, where the house shows its main-season collections. Karl Lagerfeld, never one to skimp on a set, re-created the temple of Poseidon for the antiquity-themed show, titled “La Modernité de l’Antiquité.” (The show notes nodded to founder Coco Chanel’s fascination with the period — she even designed costumes for Jean Cocteau’s production of Antigone in the 1920s.)

The models wore brightly colored gladiator sandals — the heels were, in witty Lagerfeld style, shaped like Ionic columns — and braided gold headbands with their tweeds. He also showed dresses with Greek-vase prints and draped goddess gowns. But the modern details, from cutouts to loose belts to kicky see-through capes, channeled the casual glamour of Jackie Onassis on Skorpios, resulting in an overall mood that was much more homage than costume party. 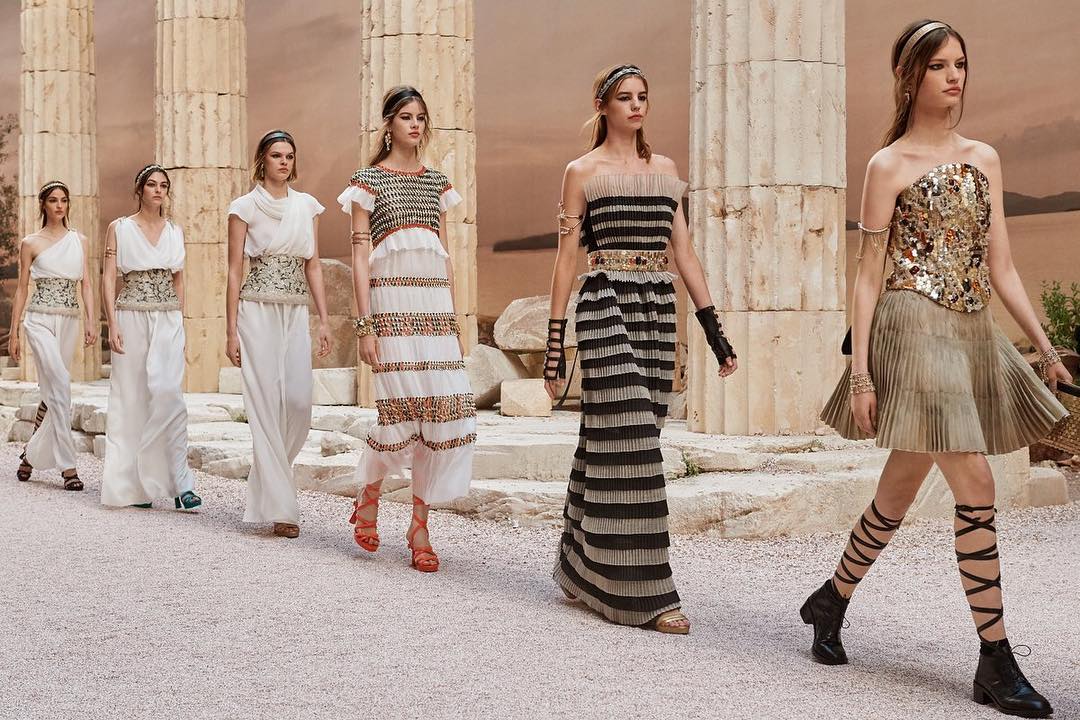 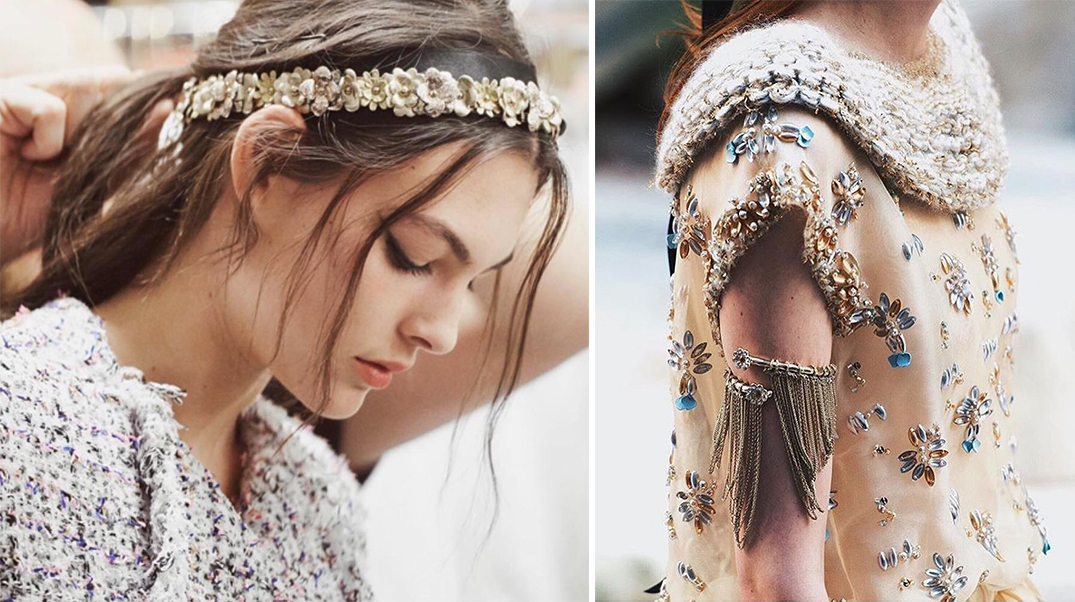 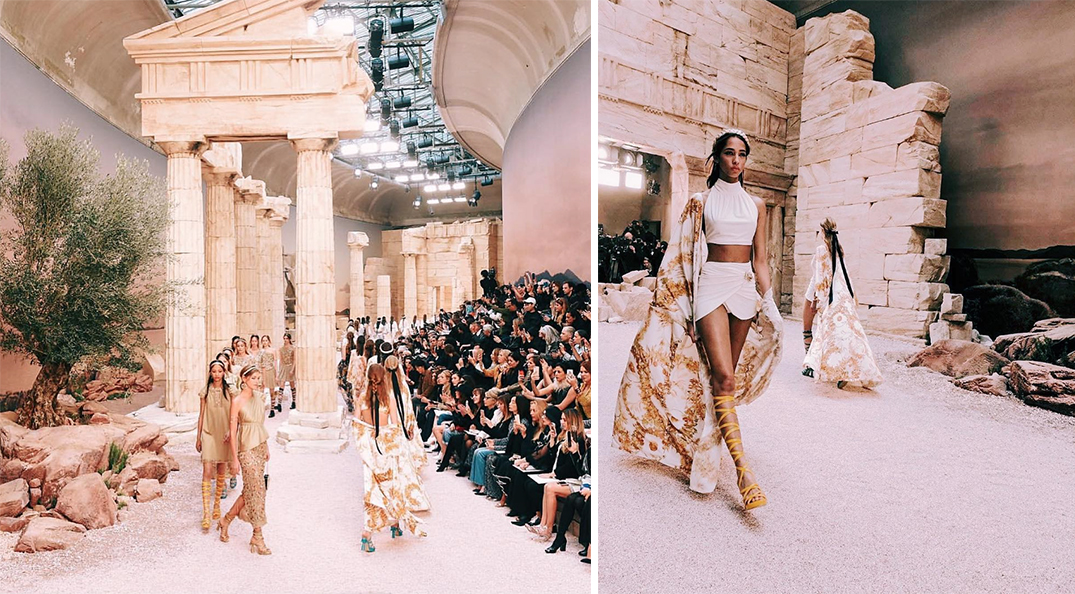 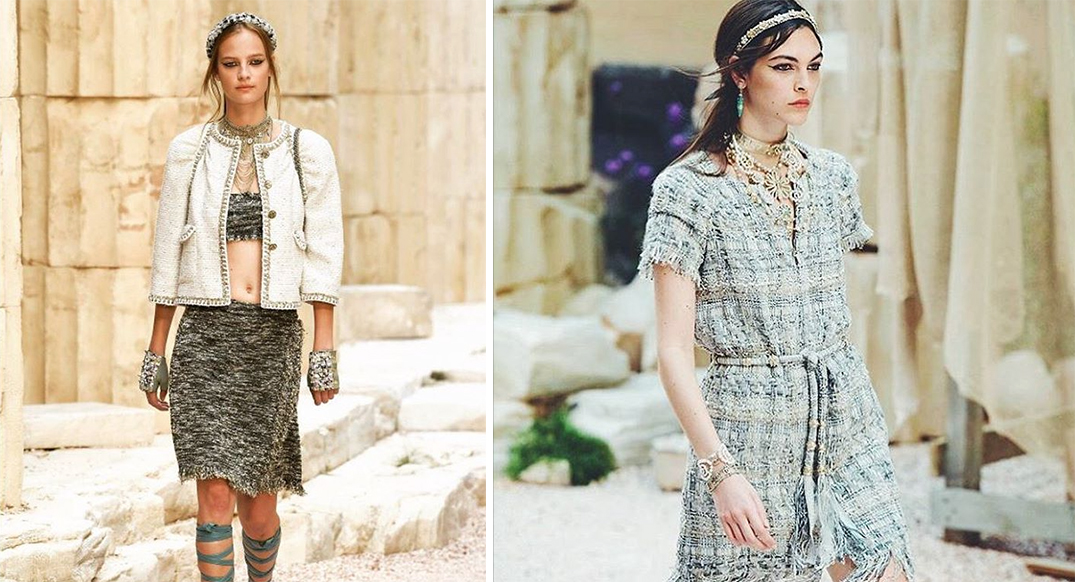 The remarkable case of Glossier, the skincare and beauty brand valued $1 billion How Emily Weiss has turned her blog into an empire