The probable aim of the “Art/Afrique, le nouvelle atelier” exhibition is to construct an exhibition route with an impeccable curatorial choice and standard of works. 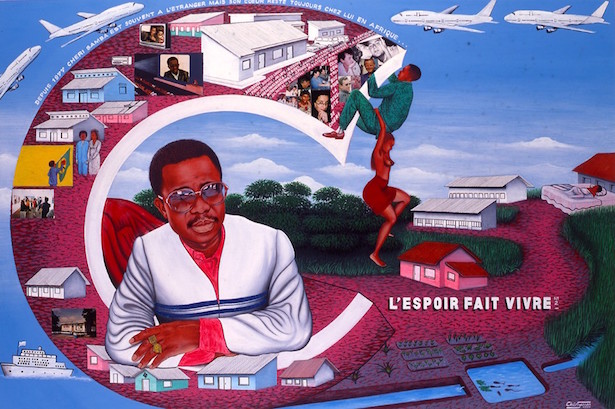 It seemingly abstains from all use of ideology, sounding out the motivations behind contemporary African creativity – magmatic and in constant ferment. The documentary effort on the sub-Saharan region of the continent, especially via the specific focus on the South African scene “Being There”, does not, however, eliminate a fundamental misunderstanding. Over the skyline of an exhibition which successfully eliminates many stereotypes on African art hangs unperturbed the terrible destiny of post-colonial art. 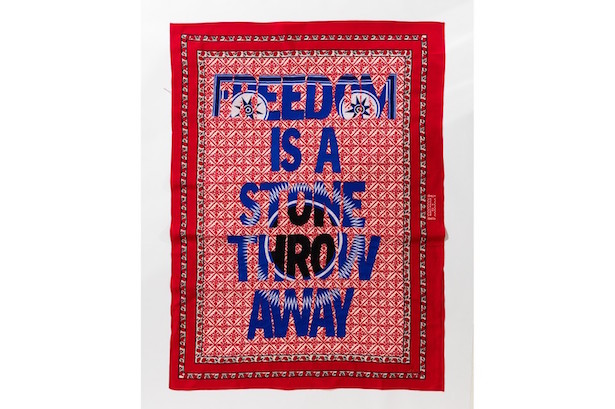 Authenticity, pathos and previously unseen artistic practices continue to be broken and often founder, more or less knowingly, as the last resort of the contemporary art market. Fortunately, the space welcomes virtually historicised works in the collection, a nucleus born out of a brainwave that came to Jean Pigozzi. Enlightened multimillionaire, collector, philanthropist and himself a photographer, despite never having set foot in Africa, he had a true epiphany on this spiritual and research area with the 1989 “Magiciens de la Terre” exhibition. 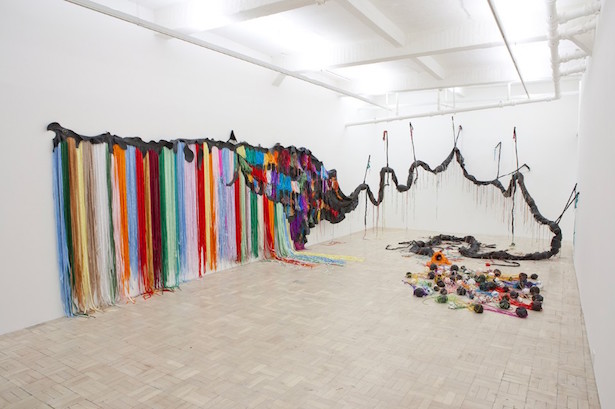 Collecting is now trying to restore priorities and value, a cultural as too an economic stance, which will probably be followed by the formation of its public. We must urgently address the true history of these artists and their works. To be convinced of this, simply look at the Senegalese Seni Awa Camara’s clay works or be enraptured by the ever more rarefied beauty and perfection of Chéri Samba’s paintings. All the artists in the exhibition are important. The collection has been lent and exhibited on several occasions so is not new but has become fundamental. Now, in the lovely setting created by Marco Palmieri, intelligently not based on the concept of ethnicity, it reveals how precious it is and not just for that continent. 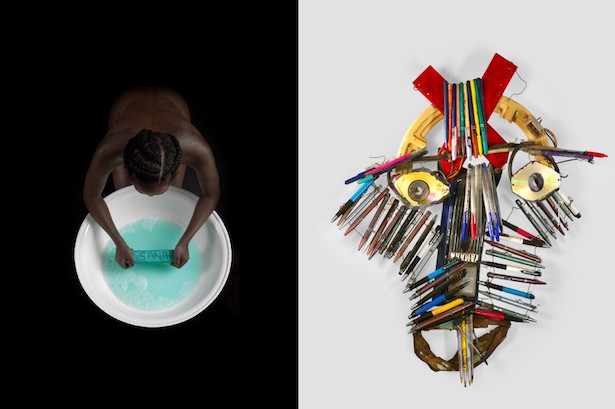 The “Art/Afrique” exhibition strategy is that of a collection of magnificent contemporary exhibits transformed into works that are modelled on real geopolitical problems. It is, generally speaking, a concentrate of what dogs and regards all art today. Seen through the lens of globalisation, even the bitter aftertaste of its troubled economy assumes political substance.