Dishevelled surfaces and industrial details create a shabby-chic aesthetic at this hostel in Chicago, where guests are encouraged to interact with each other via Instagram before their stays.

With interiors designed by French studios Ciguë and Delordinaire, The Hollander offers both private and shared rooms within a five-storey 1905 building in the city’s Wicker Park neighbourhood. It is positioned directly over the Damen station on the L Metro line, which connects O’Hare Airport with Downtown Chicago. 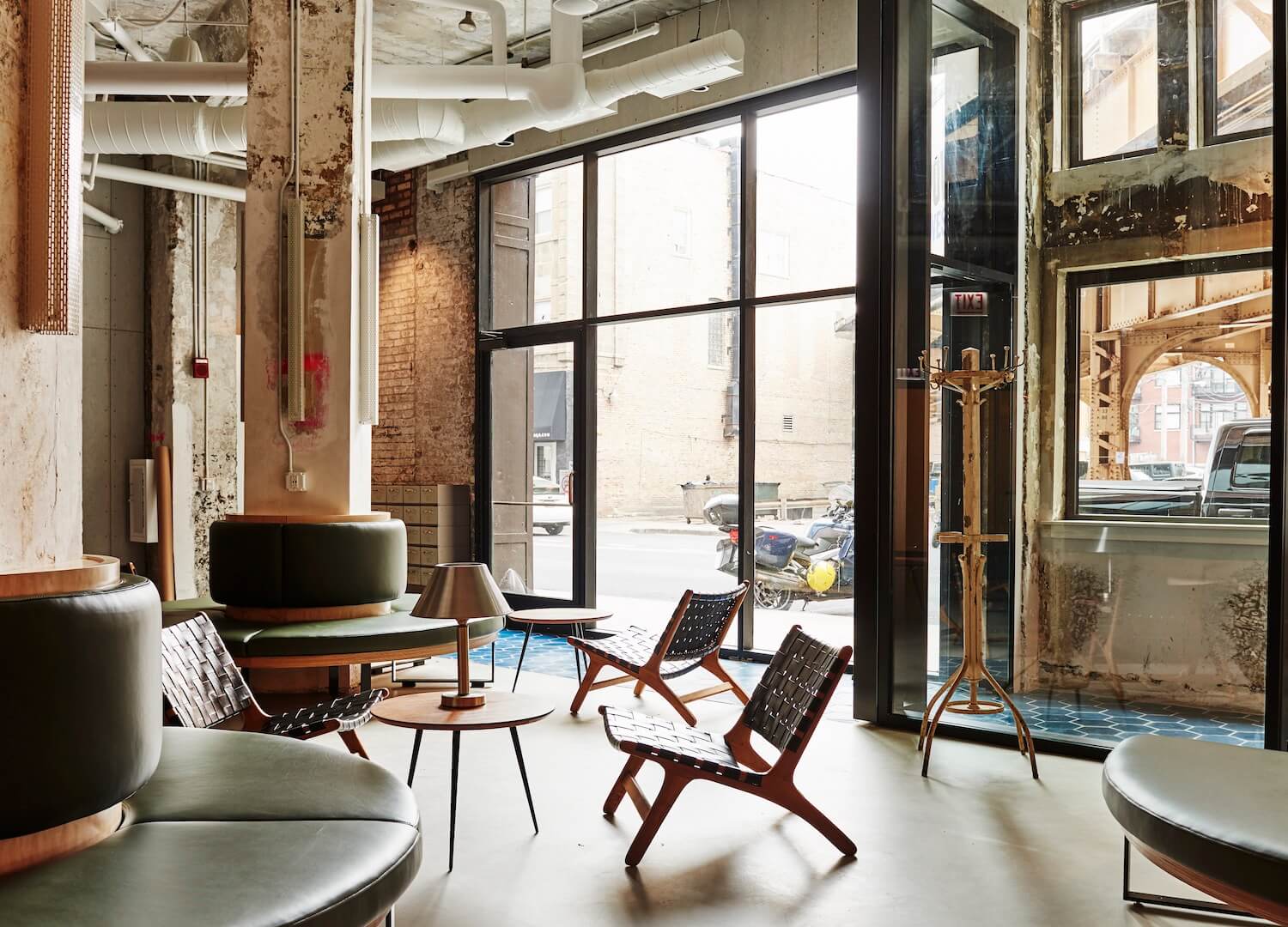 Operated by Grupo Habita, the hotel is the first to facilitate the Mexican company’s Social Stay programme that allows guests to connect on Instagram ahead of arrival.

“The Hollander’s integration with social media forges a community where the most-digitally connected travellers can meet and share their adventures during their stay,” said the group.

Most of the furniture was custom-designed by Delordinaire, although stools by Swedish brand Massproductions are found in the lobby and bucket sinks by Alape feature in the bathrooms.

Delordinaire was founded in 2015 by architects Adrian Hunfalvay from Australia, Erwan Lêveque from France and Jean Philippe Parent from Canada, and has offices in both Paris and Montreal.

The firm also recently completed a small winter cabin raised on stilts above the Quebec countryside.

Photo Courtesy of The Hollander