Gucci is breaking new ground in the communication business. On Wednesday, the Italian brand revealed a large-scale mural by British illustrator Angelica Hicks, promoting a new limited-edition line of T-shirts. 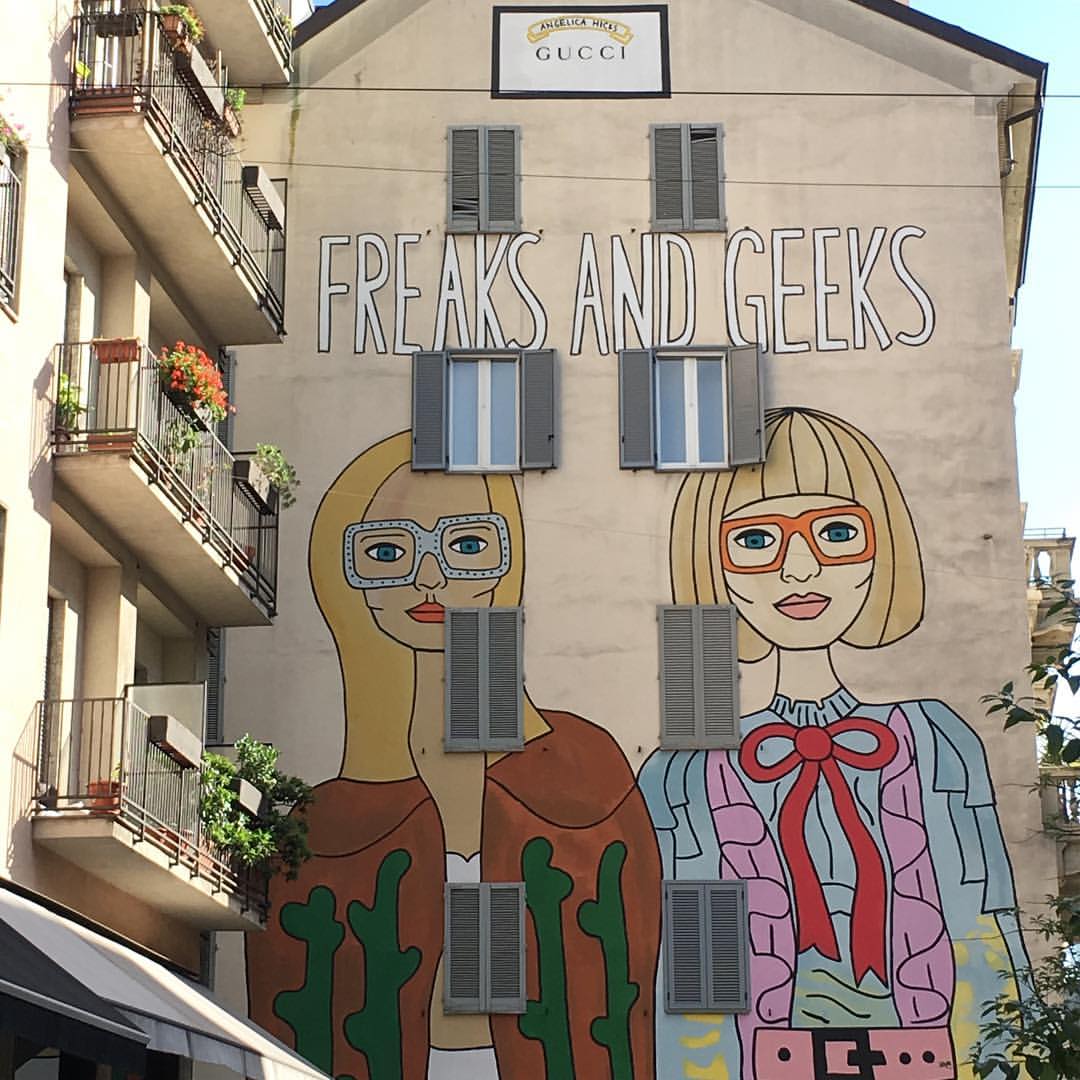 The mural, which is on the side of a building located in the central Corso Garibaldi area, features the images of two girls in Gucci attire and is completed by the wording “Freaks and Geeks.”

The illustration is part of a series of 11 designs that will be printed on the T-shirts. Gucci revealed on its corporate web site that Hicks’ illustrations will include a sketch of a book named “The Gospel According to Gucci” and another design featuring two Gucci blouses on striped backgrounds.

Only 100 units of each style have been produced, for a total of 1,100 pieces, each numbered with a dedicated label. The packaging includes a vintage-styled metal box reprising the same illustration of each garment, in addition to cardboards featuring die-cut miniatures of all the collection’s prints, which customers can detach and use as decorations.