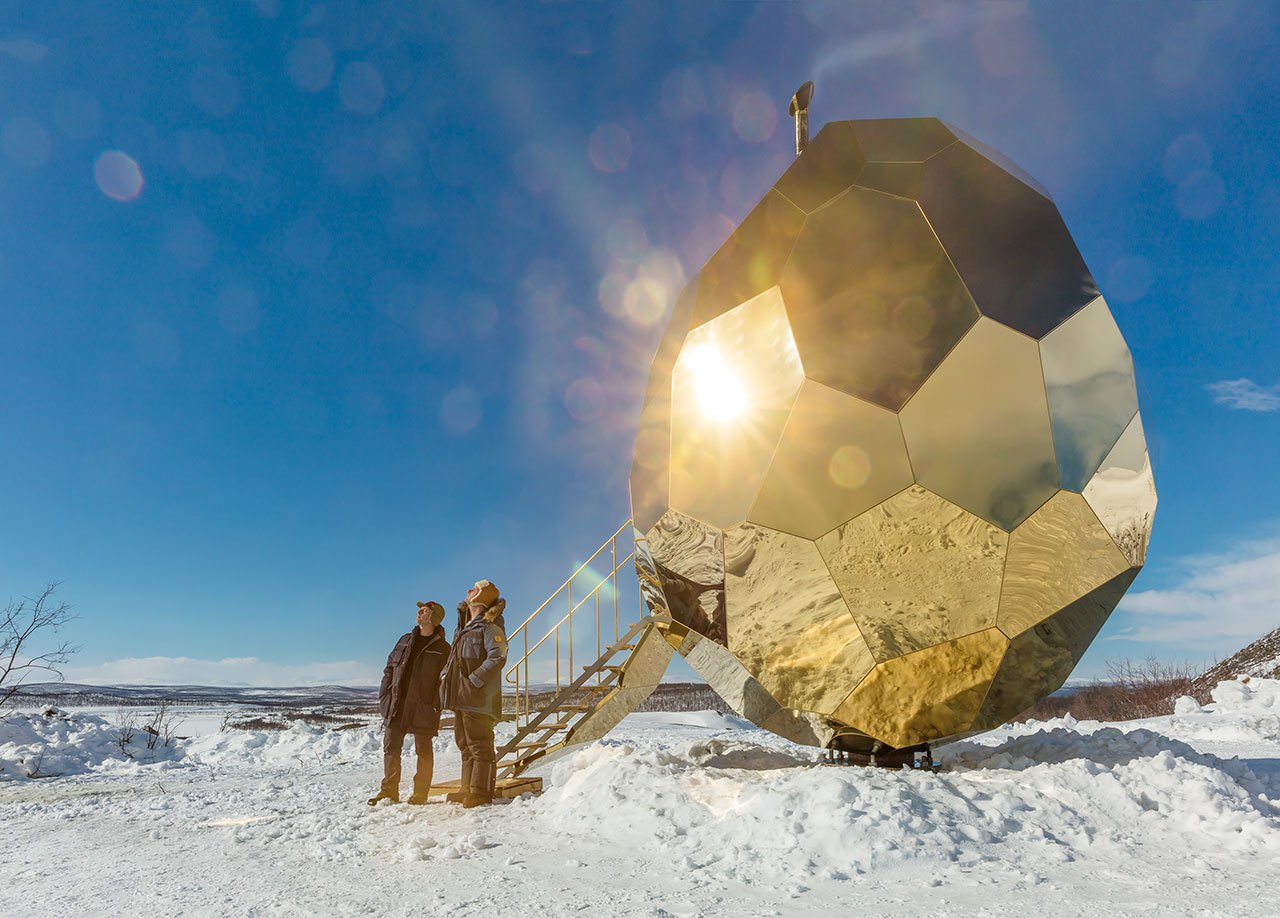 In response to a commission from Riksbyggen, Bigert & Bergström have created a sculptural chamber in the form of an egg-shaped sauna that has just been installed at Luossabacken in Kiruna, Sweden’s northernmost town. In addition to being Sweden’s northernmost city, Kiruna is also famous for its scientific institutions, and the unusual ICEHOTEL that is constructed with ice every winter in the nearby village of Jukkasjärvi. 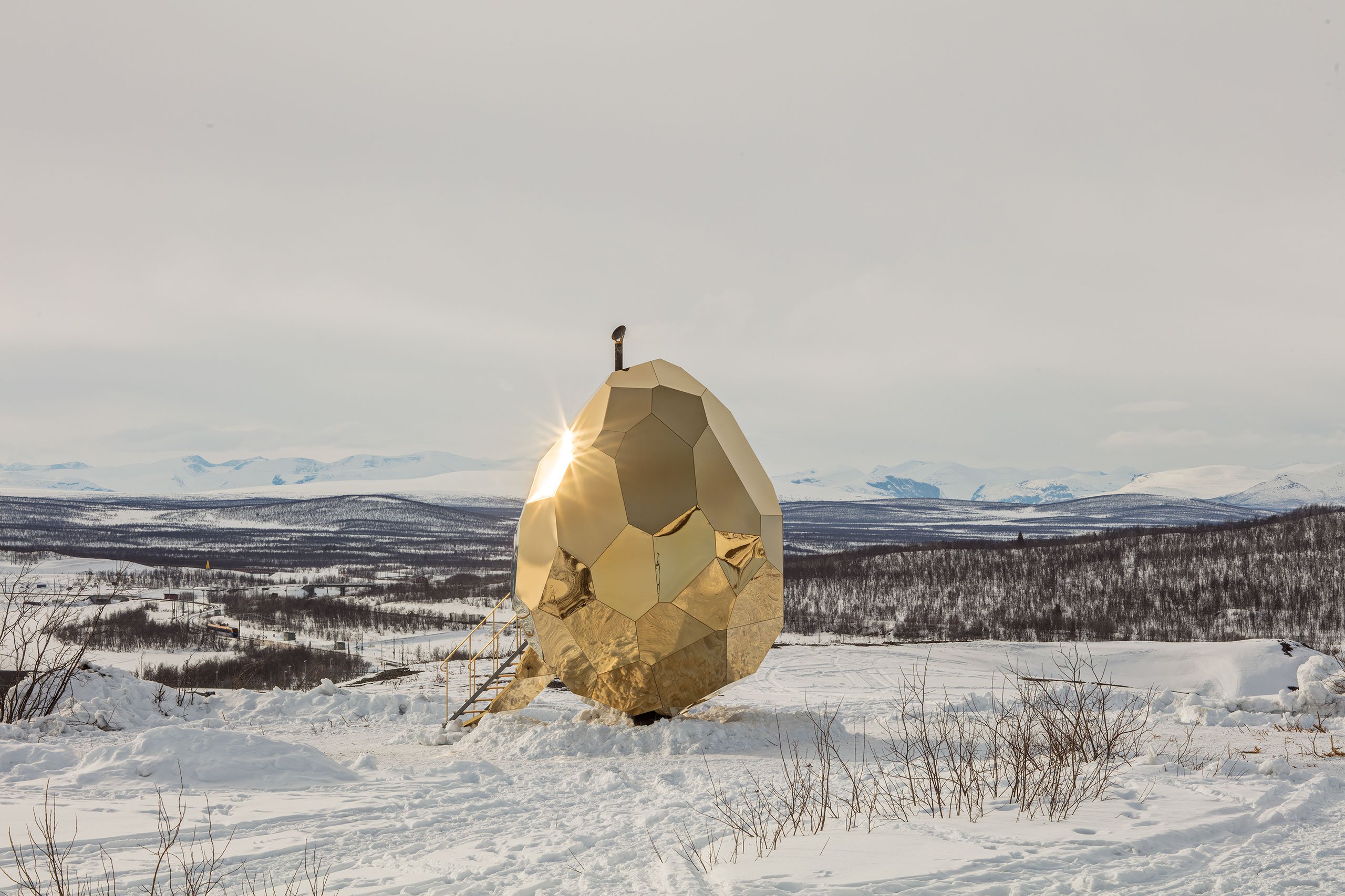 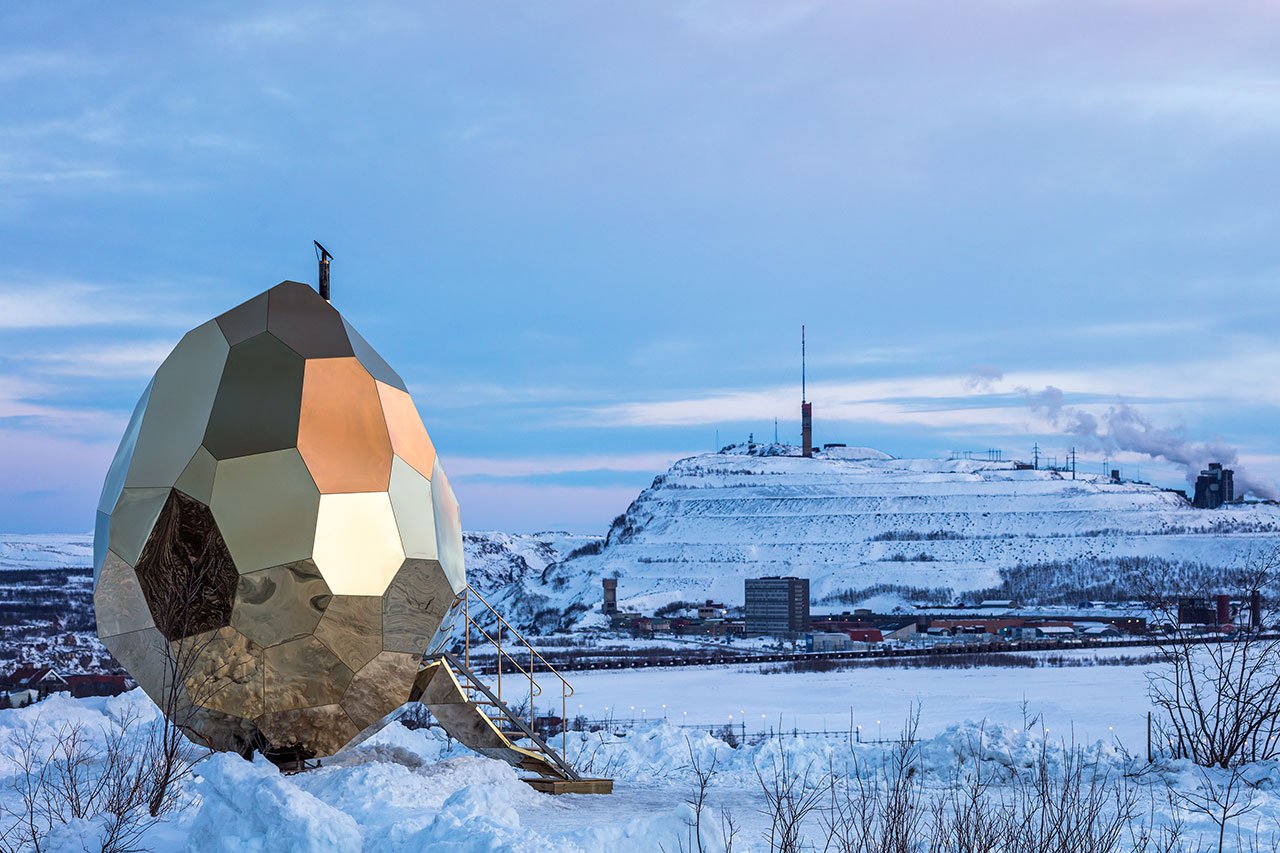 The egg is made out of stainless golden mirror sheeting, its multifaceted form breaking up the surroundings that it reflects into a multiplicity of different mirror images. Landscape, mine, town, sky, sun and snow are here combined into a fragmented image that can evoke associations with the complexity spanned by today’s discussion about climate and sustainable community development. The egg’s interior has been formed out of wood, with the wall panels and floor decking made out of pine and the bench of aspen. In the centre of the egg stand the wood-heated, heart-shaped sauna stove made out of iron and stone. The temperature inside the egg varies between 75° and 85° Celsius. 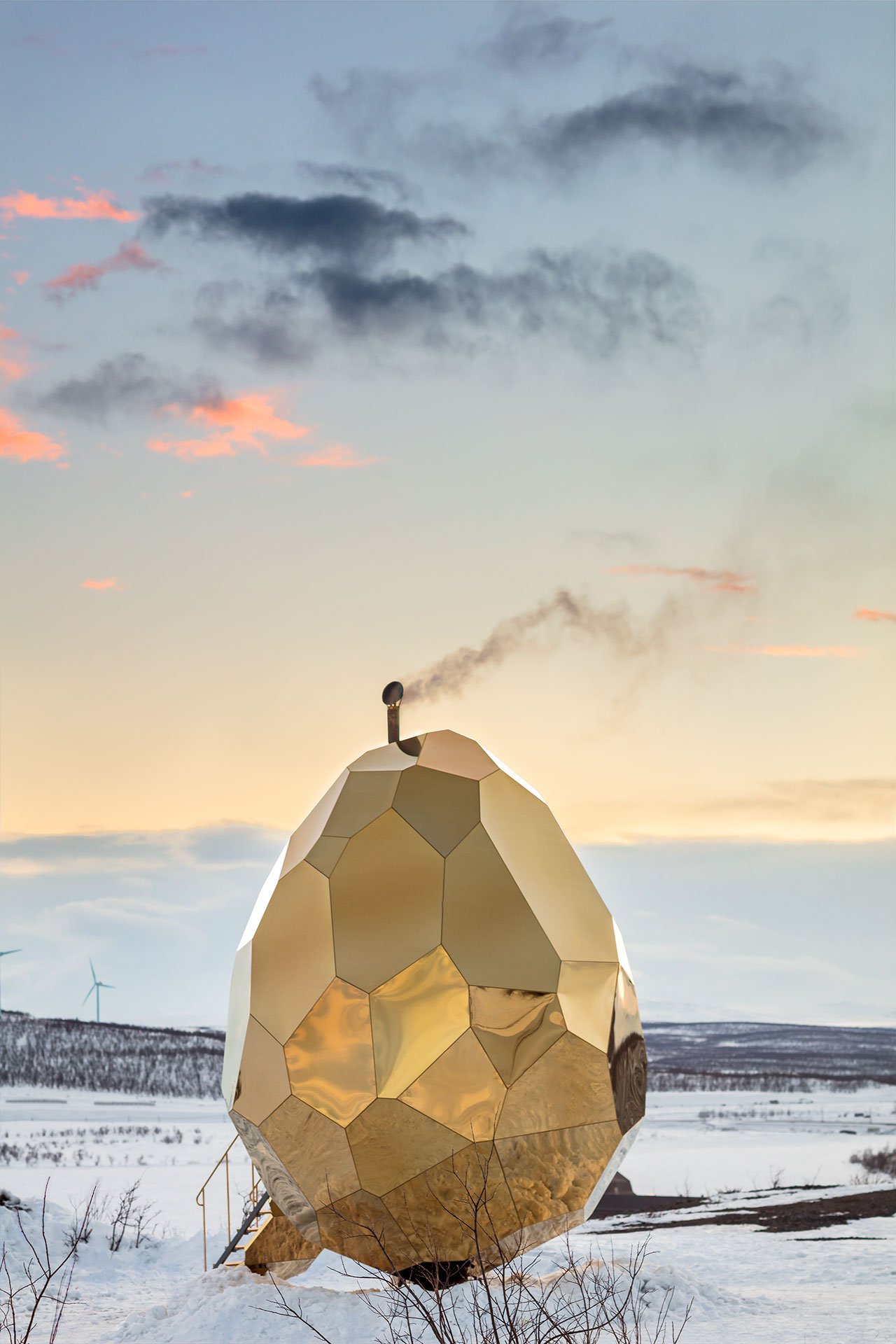 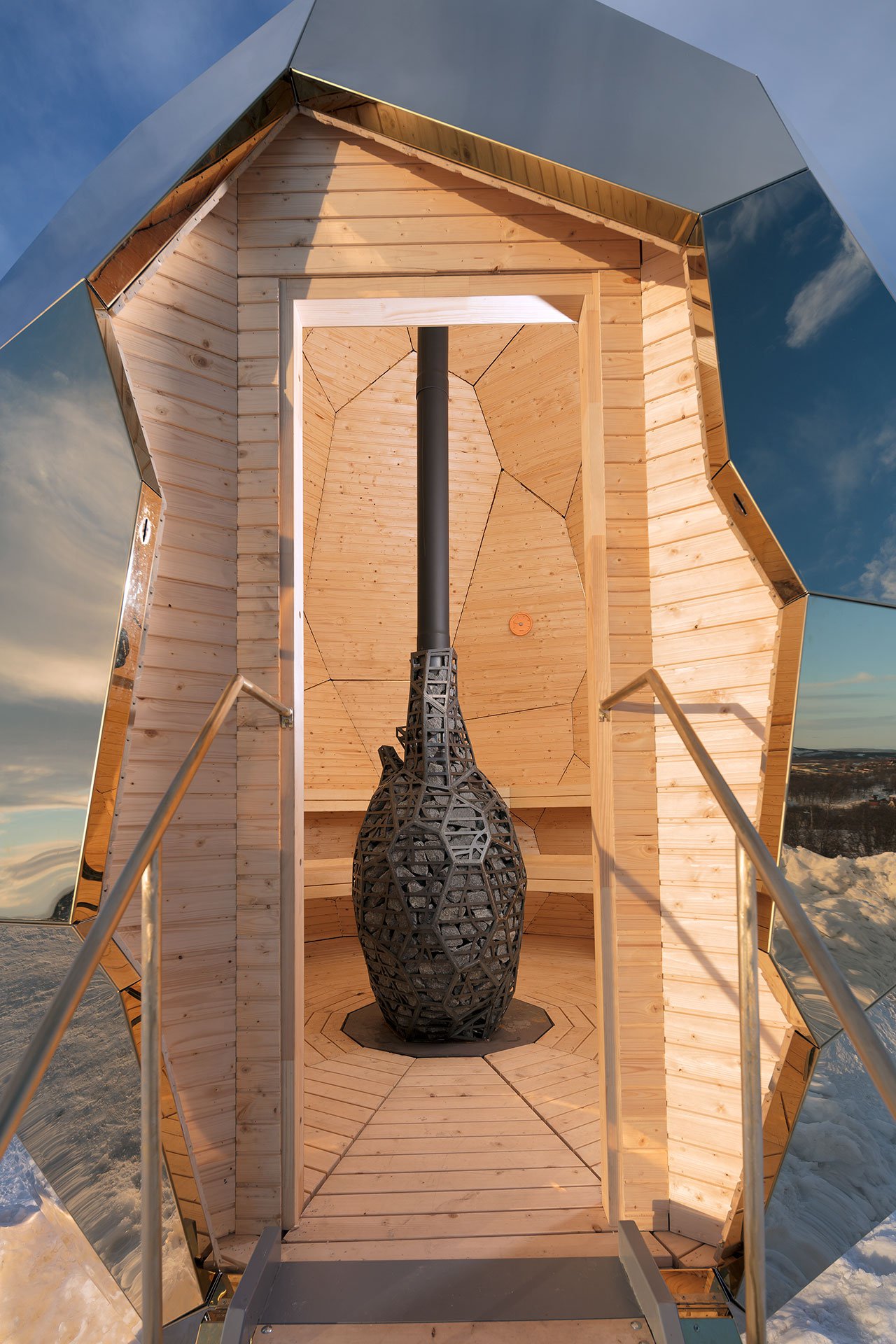 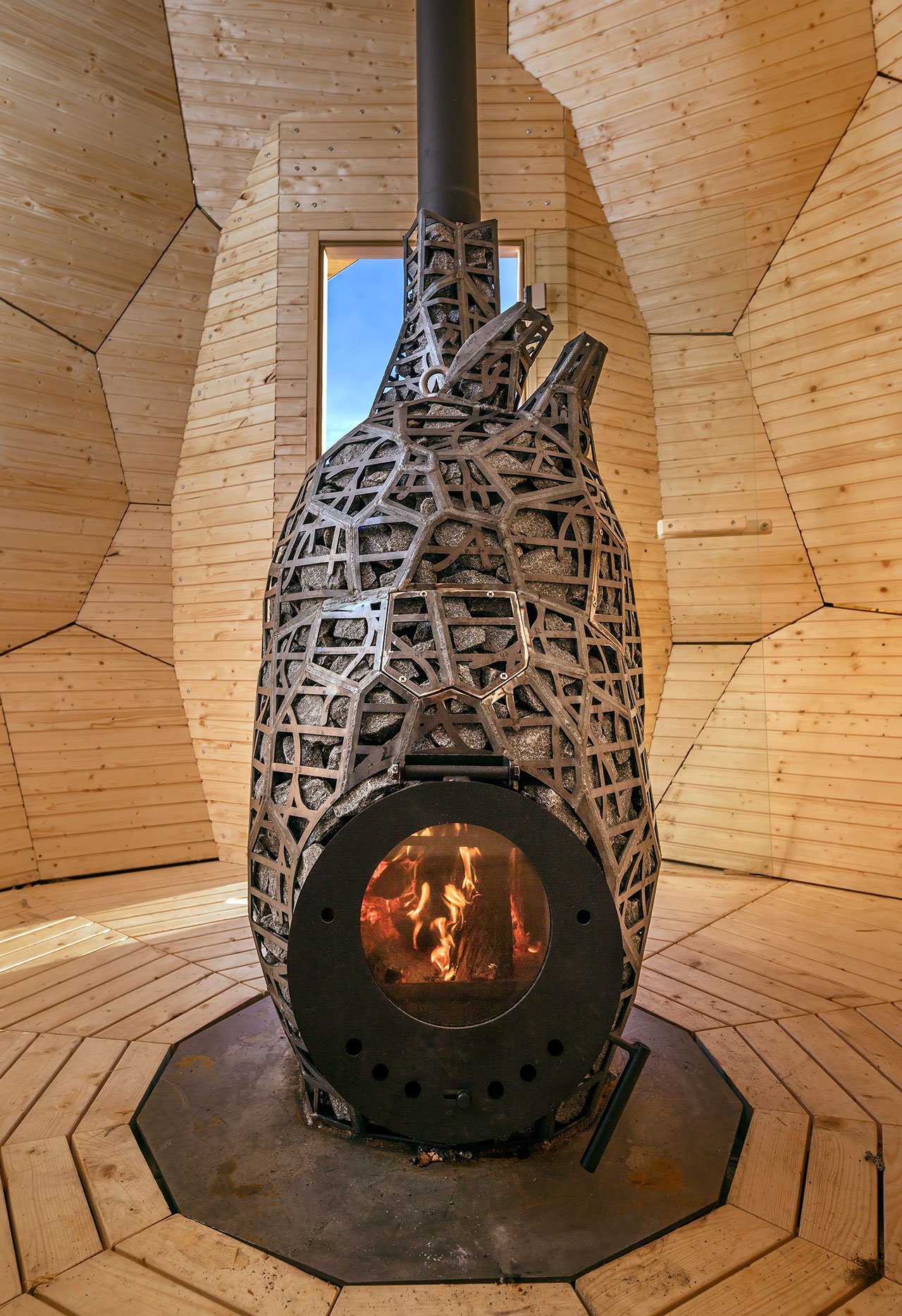 The sculpture, called Solar Egg, is meant to symbolise both the sun through its golden colour but also the concept of birth and beginning. For some religions, the world came out of an egg, so having this mysterious egg-shaped object installed on the hills overlooking Kiruna must have a very profound impression on locals and visitors alike.

The Art of Performance Quirky Collection by Bolon