Each decade of cinema brings with it a specialised set of codes and conventions and the 80s pushed a narrative of subversive high school cliches, dystopian futures, murderous teens, cocaine and David Bowie – what more could you want? Thankfully, the cyclical nature of fashion is seeing the 80s making a virtuous comeback in 2017, we’ve looked back at this indulgent and time-hopping era to source some of the most timeless and classic style moments we’d like to see come back too.

Like so many films from this cinematic period, Labyrinth was considered a commercial failure during its initial release but subsequently stewed into an immoveable cult classic over time. Starring David Bowie at the peak of his new romantic/androgyny/fantasy-esque persona and spoilt teen daydreamer Jennifer Connelly, it begs the question how could anyone not like this movie, nor appreciate its unparalleled costume design from concept designer Brain Froud. To achieve Bowie’s eclectic aesthetic of Jareth, King of the Goblins, Froud strived for a balance of Marlon Brando’s swag leather jacket from The Wild Ones and a knight “with the worms of death eating through his armour” which is a line taken from a Brothers Grimm fairytale. This is the most impractical and unusable style reference on this list and that’s because nobody can ever really copy Bowie, but just admire him. 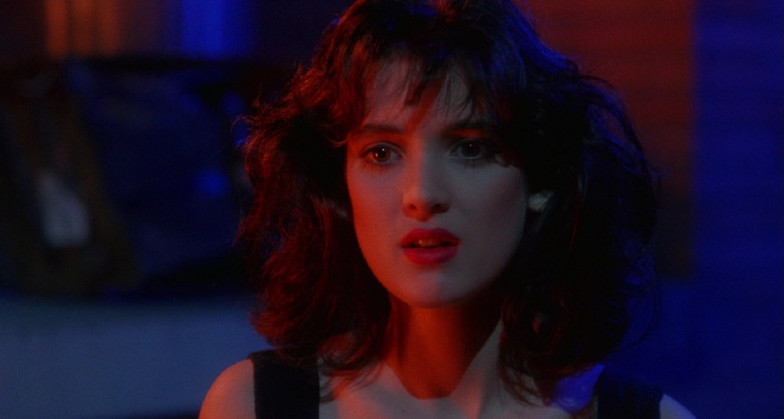 Heathers was Mean Girls before Mean Girls was a thing. Director Michael Lehmann’s choice of costume, dark humour, atmospheric lighting and general disregard for the rules has left an indelible legacy on the aesthetic of the teenage experience. Picture a Netflix office, now imagine there’s a moodboard with every frame of this 1986 teen comedy pinned to the wall for evaluation because that’s almost certainly how Stranger Things was made. The iconic looks of all three Heathers, Veronica (Winona Ryder) and J.D. (Christian Slater) was a perfect amalgamation of perms, scrunchies, varsity jackets and other American Apparel (RIP) type items that were able to have dual function as the perfect uniform for homicide, suicide pacts and home-made explosives. 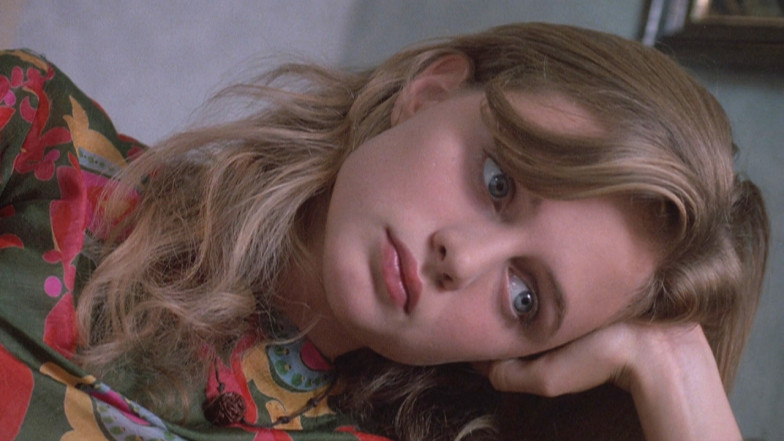 Released at the tail-end of the 80s and as a pre-cursor to the heroin chic look that would popularise the early 90s, Gus Van Sant’s Drugstore Cowboy is a hedonistic crime-drama, and, interesting fact, holds a very rare and covetable score of 100% on film review aggregator site Rotten Tomatoes. The style is one of washed out junkies with a penchant for vintage and improbably full heads of hair, a style that Gus Van Sant also employs in the far more famous My Own Private Idaho. The film follows pill-popping layaways Matt Dillon and Kelly Lynch, with a feature from Beat Generation author and icon William S. Burroughs.

Natassja Kinski’s Jane in Paris, Texas is probably the best dressed stripper in movie history. Her pink mohair sweater-dress is so iconic that entire corners of the internet dedicated to finding it, re-creating it or simply talking about it. Added points for the blonde bob, grey eyeshadow, hot pink lipstick and matching telephone of course.

Other style moments in Wim Wender’s classic tale of love, fatherhood and long car journeys include Travis’ entrance in the movie’s opening scene in which he looks like he wondered off a AW17 Balenciaga runway and into the South Texas desert. 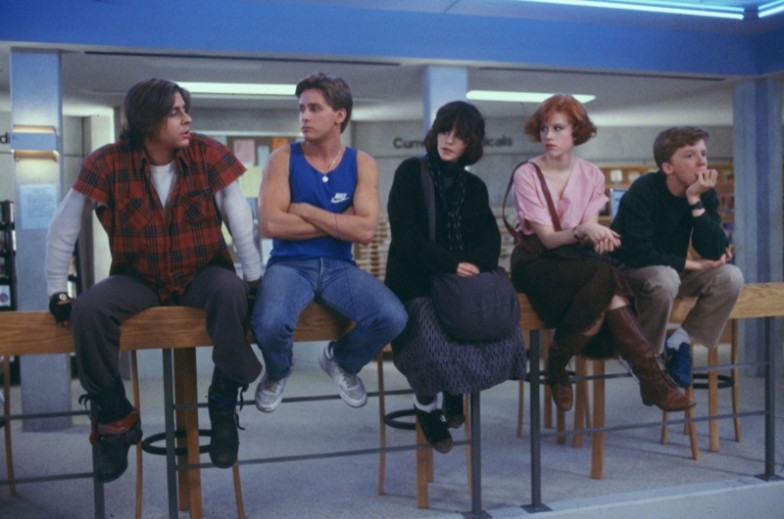 Breakfast Club somehow managed to nail all the tropes of 80s high school style. There’s a jock, a geek, a low key goth, a pre-grunge biker guy and a brat, all in one place ready for an unsuspecting audience to first form stereotypes about each character only for superficial and clichéd personality types to eventually be discarded in favour of everyone getting along famously. TV / film / life was never the same again. And meanwhile you’ve got all the 80s style references you could ever need. 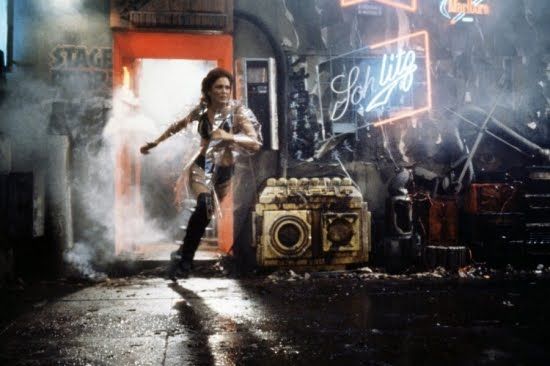 What to wear in the event of an apocalypse has been a cause for great debate in Hollywood over the past four decades. Of course, it generally depends on the exact type of dystopia you’re planning on visiting. Robotic sudden onset dystopia (iRobot) leaves little opportunity for a change of clothes, desert based dystopia (Mad Max: Fury Road) requires bionic limbs and army surplus gear, whilst being one of the few sentient humans aware of the real state of the world whilst everyone else lives in a digitally regenerated version of 1999 (The Matrix) requires a leather trenchcoat and wraparound sunglasses. Alternatively, if you’re in Blade Runner, a movie set in 2019, you should wear a transparent raincoat, lookalikes of which have been appearing on runways for the past few seasons. 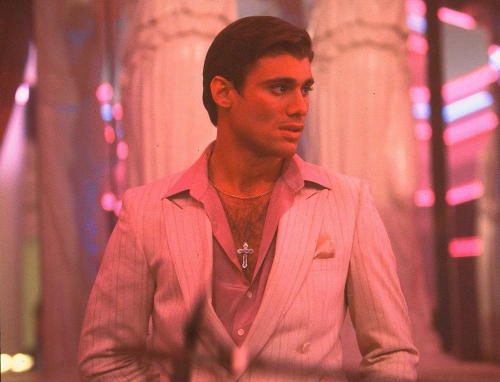 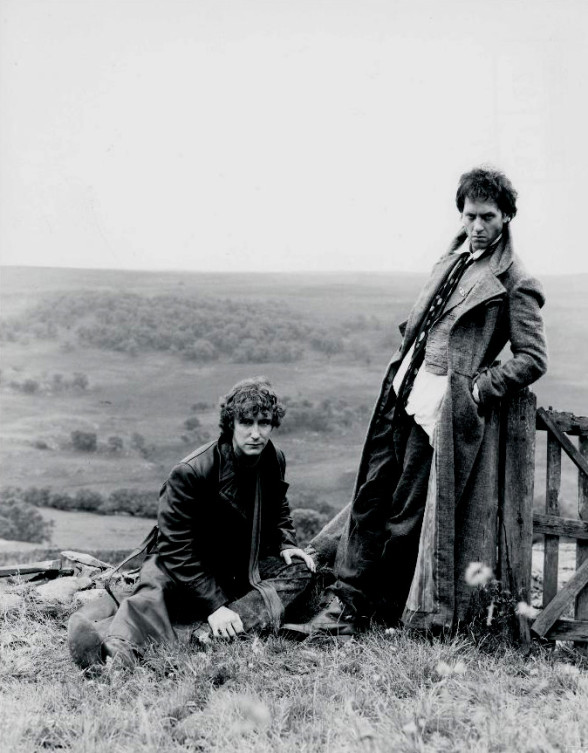 As well as being the most easily quotable movie from the 80s, if not of all time, Withnail and I’s time-specific wardrobe captured the down-and-out Camden 1969 actor with tragic aplomb: oversized coats, drug dealers with neckerchiefs, a certain dirty panache and a hell of a lot of spirits. Widely regarded as one of the most significant British film to have emerged out of the 80s, Withnail and I is often mistaken for a film from the 1960s due to its dedicated attention to detail.

Roxane II A playful and intimate Photo-Book of Viviane Sassen