One of the most famous living photographers, Mario Testino has for the last 40 years devoted his creative daring to the fashion world. In his latest book ‘Sir’ he pays tribute to the boys and offers up his definition of masculine seduction in images 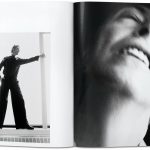 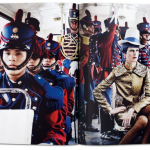 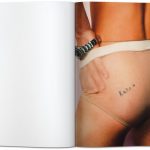 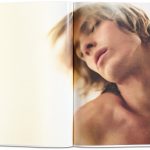 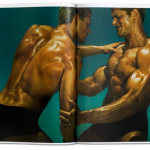 “The way that men are perceived by the world of photography and fashion, even by other men, has changed over the years. There’s a new interest in this subject: the image of the man, his individual style, a new attention is being paid to the male face and body”

Much more than just a testimony to man’s place in fashion photography, “Sir” is conceived as a tribute to the male gender and its evolution over the last 30 years. In this book, the most important in his career, Mario Testino also demonstrates the wealth and diversity of his artistic output. Whether he’s working in a studio or with natural lighting, in colour or black and white, Mario Testino breathes a sophisticated sensuality into his imagery that over the decades has forged his unique style.

Among the 300 photographs united here, we find fashion shoots from prestigious magazines including V Magazine, Vogue and Vanity Fair with models lile Brad Kroening and Marlon Teixeira, celebrity portraits of David Bowie and Mick Jagger as well as photos taken from his own personal collection of people like David Beckham and Orlando Bloom, Jake Gyllenhaal, Jay-Z and Erykah Badu plus his advertising campaigns for Roberto Cavalli, Versace, Calvin Klein etc.