When artist Kelly Beeman was living in Bolivia, the entire body of her paintings and drawings was stolen from her apartment. “Six years of work,” she says, “all gone.” Of course, at the time it was a nightmare; a ferocious kick in the stomach which only softened months later. But in retrospect it gave her a reverence for working constantly and quietly, and focusing her mind on building layers of paint instead of the finished canvas: “The merit’s in the process, and how you feel when you’re doing it,” Beeman tells AnOther. “I spent so many years working in a very solitary way, without anyone paying attention.” That privacy gave her the headspace to develop the distinctive figurative style she’s now known for.

The characters Beeman (who is now based in New York) paints are poised with a confident gaze, long necks for peering, and extravagant clothes. They call to mind Salinger’s precocious teenagers – bright and perhaps up to something. What they wear is recognisable, rather than summoned from the imagination; a Dries Van Noten beaded dress, a cropped Dior jumper in cyan. It’s a way, she says, of replicating personhood. It’s little surprise that the fashion industry has fallen in love with her work, and she’s come to be known as a fashion illustrator.

It was a watercolour she posted on Instagram that did it. An androgynous figure lounging in a silky blue shirt from J.W. Anderson’s Resort 2015 collection, a scout-ish scarf tied at the neck just so. She tagged the brand, because why not? When Jonathan Anderson saw it, he wrote “love it” below, and the two have been collaborating ever since. Beeman paints large canvases for his studios in Dalston, London, and commissions for Loewe, Elie Saab and publications including Vogue China, Interview Magazine and Numero Tokyo followed. 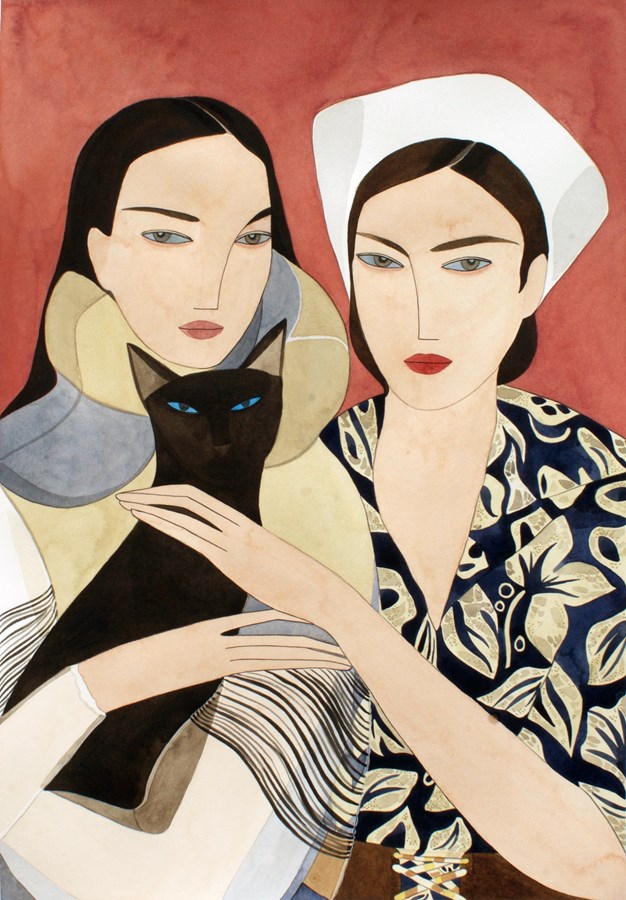 With such a large following – she now has 92.2k followers on Instagram – it’s inevitably more difficult to maintain that privacy in creativity. Though she seems self-assured when she speaks – often pausing for long moments to order her thoughts – she admits she’s shy, with a low threshold for audience. “There have been moments of wondering if I’m communicating my work effectively, or if it’s being understood. But all you can do is present it like nobody else is out there, otherwise it starts to cause me anxiety, or like my own relationship to what I do is strained.” 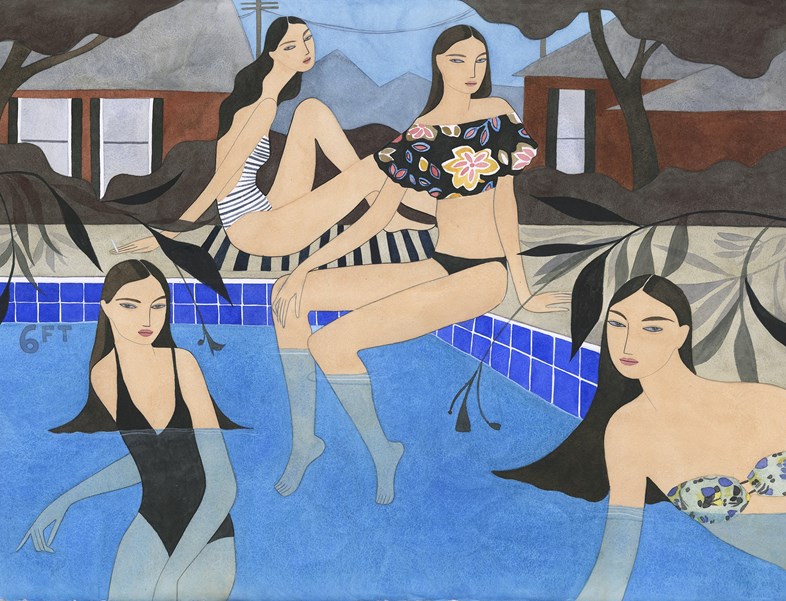 As one of four sisters, all of whom were all born 18 months apart and who were “interchangeable as people”, drawing and painting was a way of amusing herself for Beeman. She grew up in Oklahoma City, with its open space, highways and parking lots, and they carved and coloured magical worlds out of paper. Their presence is felt in Beeman’s Sisters series; four women with eye contact that is direct and unmoving. 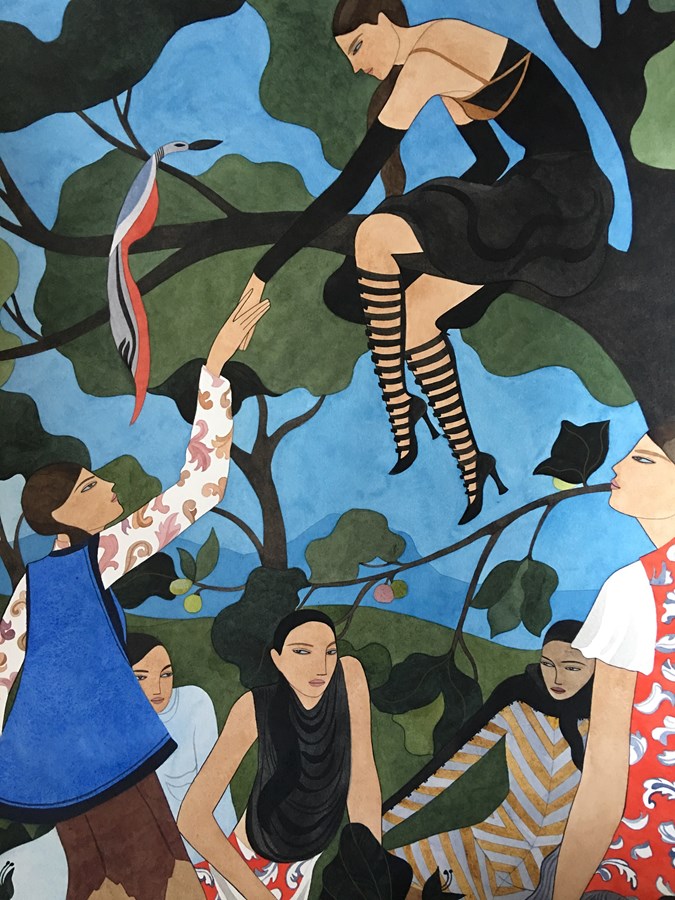 In New York, though, inspiration is everywhere. “I can’t get away from people!” Beeman laughs. She’ll pass women “with something about them” on the street, and realise much later that they’ve migrated onto the completed canvases that jostle for space with the piano in her apartment. “I want to stop them and ask ‘can I paint you?’ Then I remind myself that would be really weird, and I leave it.”