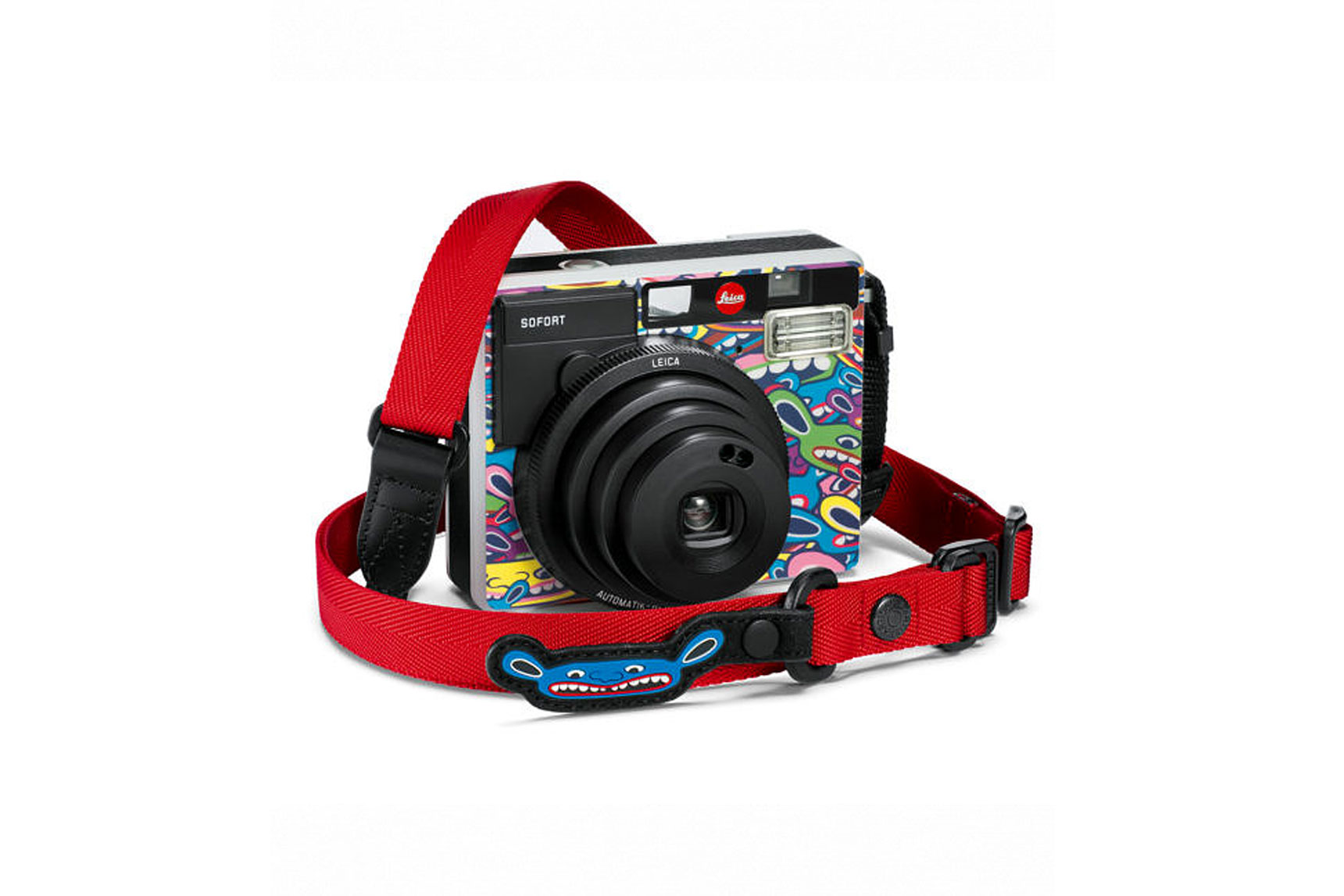 Leica Camera AG presents the first worldwide special edition of its versatile instant picture camera: the Leica SOFORT ‘LimoLand by Jean Pigozzi’. The outcome of the collaboration with the Franco-Italian photographer, entrepreneur and art collector is a particularly eye-catching, bright and colourful special version of the camera. The visual highlight of the unique look is ‘Mr. Limo’ – the logo of the LimoLand fashion label created by Jean Pigozzi – which adorns the front and back of the white version of the SOFORT camera. As colourful as life itself, the Leica SOFORT ‘LimoLand by Jean Pigozzi’ stands as a new icon for the sheer joy and endless fun of instant photography.

The Leica SOFORT ‘LimoLand by Jean Pigozzi’ will be on sale from the end of October. The special edition comes complete with a red carrying strap in high-quality nylon with leather trim made by Artisan&Artist that also features a Mr. Limo logo in blue. The set also includes instant picture colour films for a total of 20 exposures.

Jean Pigozzi, a Leica photographer for many years, tells the story of how LimoLand came about in an interview with Karin Rehn-Kaufmann, Art Director of Leica Galleries International: ‘It depressed me to see that so many people wear nothing but black. It’s much too simple.’ Although the photographs he takes are almost exclusively in black-and-white, Pigozzi loves colour, especially when it comes to his clothes. As the logo for his fashion label for ‘rich old men who don’t want too wear beige’ the passionate art collector, who has built up the largest collection of contemporary African art, chose a happy face from the bright and colourful pictures by George Lilanga (1934–2005) that he licensed from the heirs of the Tanzanian artist and gave the name of Mr. Limo.

The technical features of the Leica SOFORT ‘LimoLand by Jean Pigozzi’ are identical to those of the standard models of the Leica instant picture camera in Mint, Orange or White. It offers the modes Automatic, Party & People, Sport & Action and Macro, creative programmes for multiple and time exposures, a Selfie mode and a self-timer with two different delay times. To ensure best results every time, the camera automatically adapts parameters such as the exposure time and aperture to the programme the user selects. Flash triggering can either be left entirely to the automatic flash function of the camera, or users can turn it on or off, depending on the pictures they want to take. For composing perfect selfies, the Leica SOFORT also has a rectangular mirror on the front.

Jean Pigozzi, who, with a twinkle in his eye, says he invented selfies (but not the word selfie), simply loves this feature of the Leica SOFORT. Quite recently, Artbook published his latest photo book titled ‘Me + Co – The Selfies’, in which he shows a collection of his self-portraits shot together with international stars of the cinema, art and music scenes between 1972 and 2016. Shots from another of his projects, ‘Pool Party’, for which he captured guests like Mick Jagger and Naomi Campbell, Elizabeth Taylor and Bono in and by the pool of his luxurious Villa Dorane on Cap d’Antibes, to the east of Cannes, over a period of several decades, can be seen in the Helmut Newton Foundation in Berlin until 19 November.