In her artistic practice, Chiharu Shiota aims to “connect the body with the universe”. After originally wanting to pursue a career as a painter, Shiota found herself soon unable to paint. It had no spiritual sense to her anymore; it became only a matter of the physical presence of paint on a canvas. This led to a performance at the Canberra School of Art, Becoming Painting (1994), where she splattered herself and the walls of the gallery with red, toxic lacquer paint that burned her skin. This radical performance – understood as her symbolic liberation – connected her to her artistic forebears like Hannah Wilke, Gina Pane, Valie Export, and Marina Abramović, with whom she studied in the mid-1990s in Braunschweig, Germany. Today, Shiota also invokes Ana Mendieta (1948-1985), with work combining body art and land art as a big influence. Though often working with performance, Shiota is mostly known for her large-scale installations filling entire galleries and art spaces with a three-dimensional space of thread. Her first one, Return to Consciousness (1996), contained an ampulla with her blood at the heart of the mesh. The installation served as a metaphor of the body, hovering between a state of lethargy and lukewarm life.

At the Jakarta Biennale 2017, Shiota is showing a video from 1999 based on a performance, called Bathroom. In the video, she sits in a bathtub in a claustrophobically narrow bathroom, pouring ink-like mud over her head. “I’ll never wash off the memories that are absorbed into my skin,” the artist said of the performance. Her intention was to “merge with the earth” in a kind of ritualistic homecoming. The philosophy of the Japanese butoh (literary “earth dance” or “mud dance”) underlies a lot of Shiota’s work, but in the case of Bathroom it is particularly important. Butoh is one of the most important inventions of last century’s Japanese avant-garde. The dancers often perform naked and do not aspire to the beauty of movement. For them, primitive expression is key. Land or earth is a crucial concept in their philosophy. In Shiota’s Bathroom, the desire to return to some initial state, or to “pollute” a society dominated by rituals of purification, is apparent. As the video progresses, various close-up black and white shots show her “washing”. Shiota’s expression of emotion is understated. In its subtlety, it conveys a real sense of desperation. The drama of the video builds up slowly without any final resolution, which adds to the eerie, sinister atmosphere. 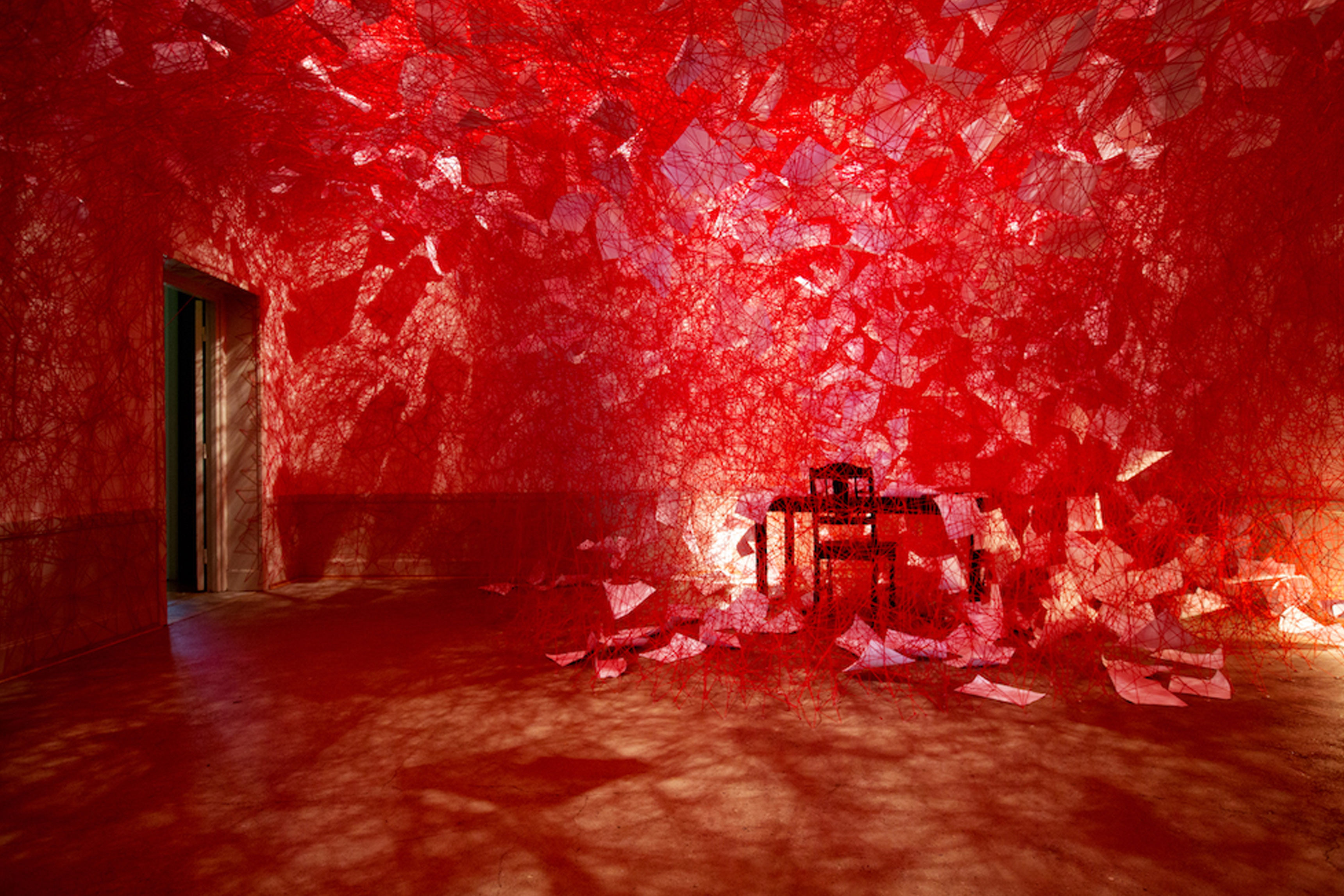 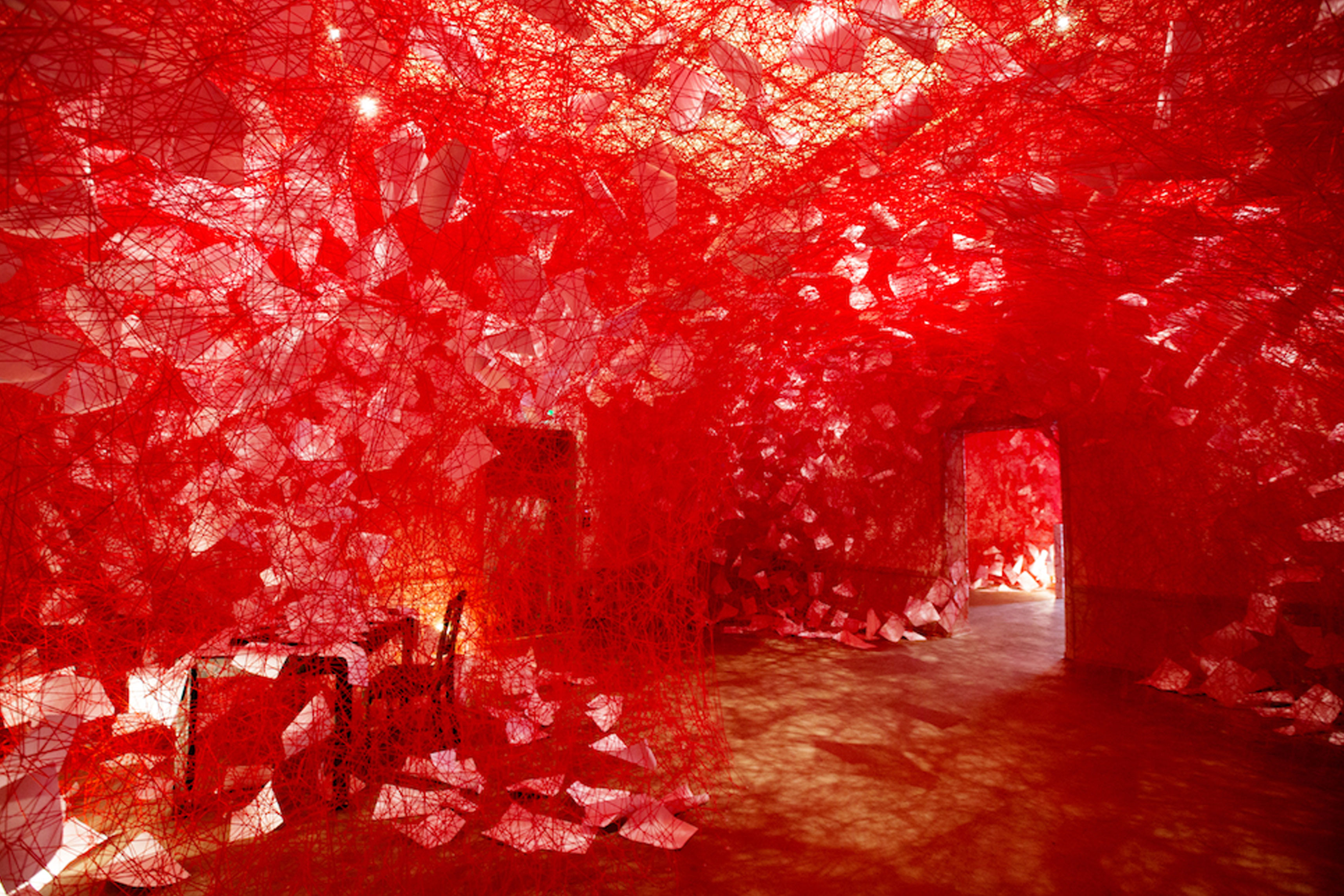