Considered one of the best Japanese restaurants in Mexico City and due to its remarkable success, Tori-Tori has now moved to a bigger location in the same area of Polanco, Mexico City, where Rojkind Arquitectos and Esrawe Studio teamed up to make it happen. At the residential area in Polanco that has seen changes in its zoning, houses have been transformed to office spaces or restaurants. Sometimes things happen so unnoticeably, that just a small sign appears where a new space has been developed with a completely different program inside, while preserving its exterior. Aware of this, Rojkind and Esrawe wanted to give enough strength to the new program that they proposed to transform the space inside out. Taking advantage of the plot’s conditions, the main focus was placed on renovating the house, stripping the residential interior and removing all familiar features to produce an entirely different environment. Although the client’s requirements were oriented towards a Japanese interpretation, it was not literal, he wanted the place to have its own personal expression, contemporary and cosmopolitan, by enhancing its existing spatial conditions through different experiences, the new range of open spaces, its terraces, its sake bar and its own exclusive temple oriented at highly demanding sushi lovers.

Maintaining a very intimate and subtle feel towards the first encounter with the exterior, once you enter you’ll find yourself in a terrace, where eating and drinking are embraced by natural vegetation. The building’s organic façade and landscape were carefully designed to become an extension of the restaurant creating a strong relationship between the inside and the outside. The interior receives and follows the exterior with subtle contrasts. Each room has its own nature and shows a clear relationship with its function. The furniture was inspired and made for Tori Tori and developed with a direct orientation through each space. During more than eight months a complete collection of chairs and tables where created, for both exterior and interior use.

‘We seek in the project a chance for the users to link with the different ambiances and choose their favorites. Each space’s materials, setup and characteristics towards the furniture generate a wide spectrum of options and sensations for its assiduous clients.’ I.D. Héctor Esrawe, ESRAWE Studio

The façade, which seems to emerge from the ground climbing up through the building, as if mimicking the natural ivy surrounding the retaining walls, is made up of two self-supporting layers of steel plates cut with a CNC machine and handcrafted to exact specifications.

‘At rojkind arquitectos we are very rigorous about experimenting with digital design as well as getting things built. That’s why we have specially focused on how to translate complex geometries into very simple and understandable drawings that benefit from local manufacturing, as is the case of working in Mexico City.’ Michel Rojkind, rojkind arquitectos The façade’s pattern responds to the inside openings, filtering light, shadows, and views that will constantly invade the interior spaces. An atmosphere enriched by the spectrum of subtle changes. 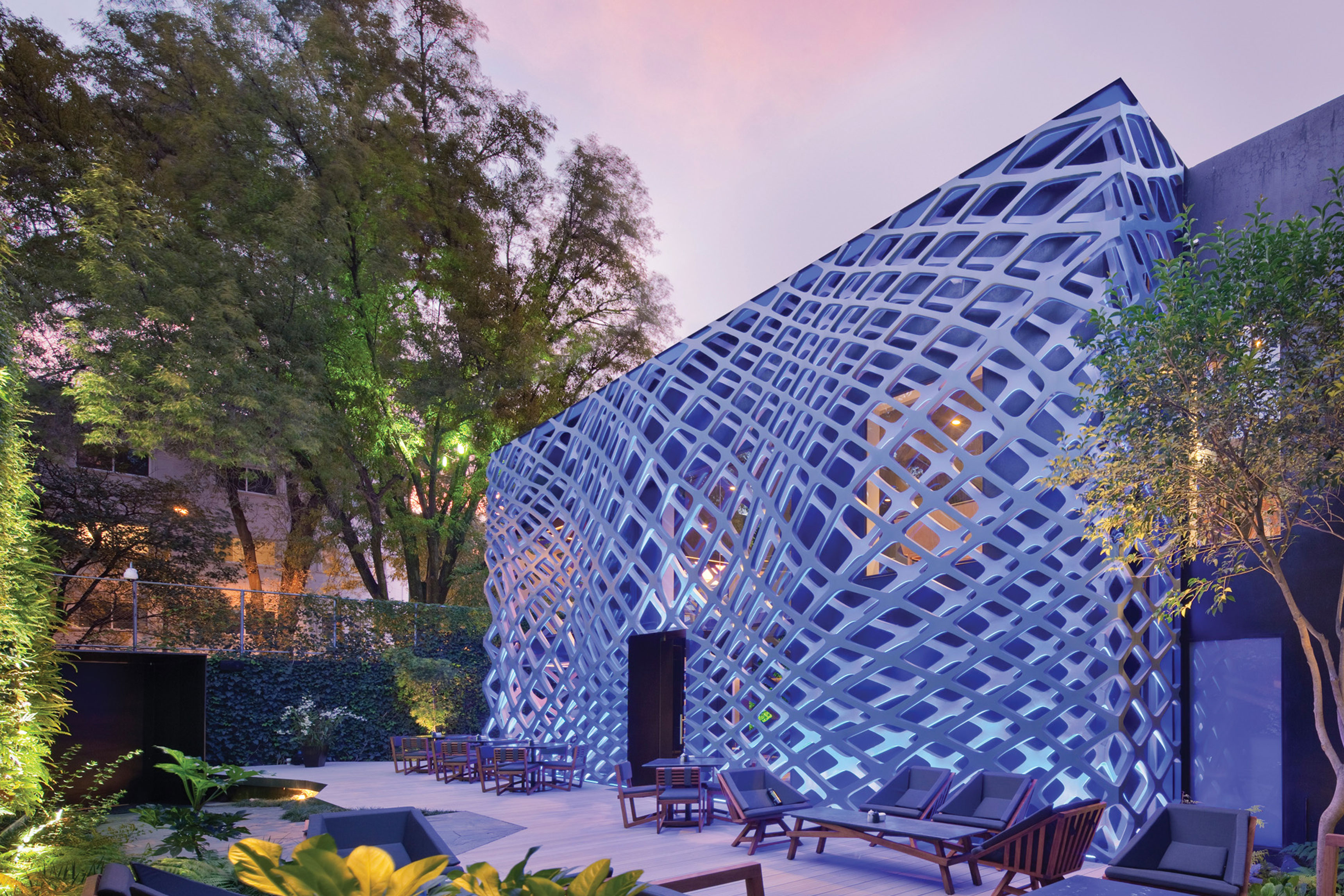 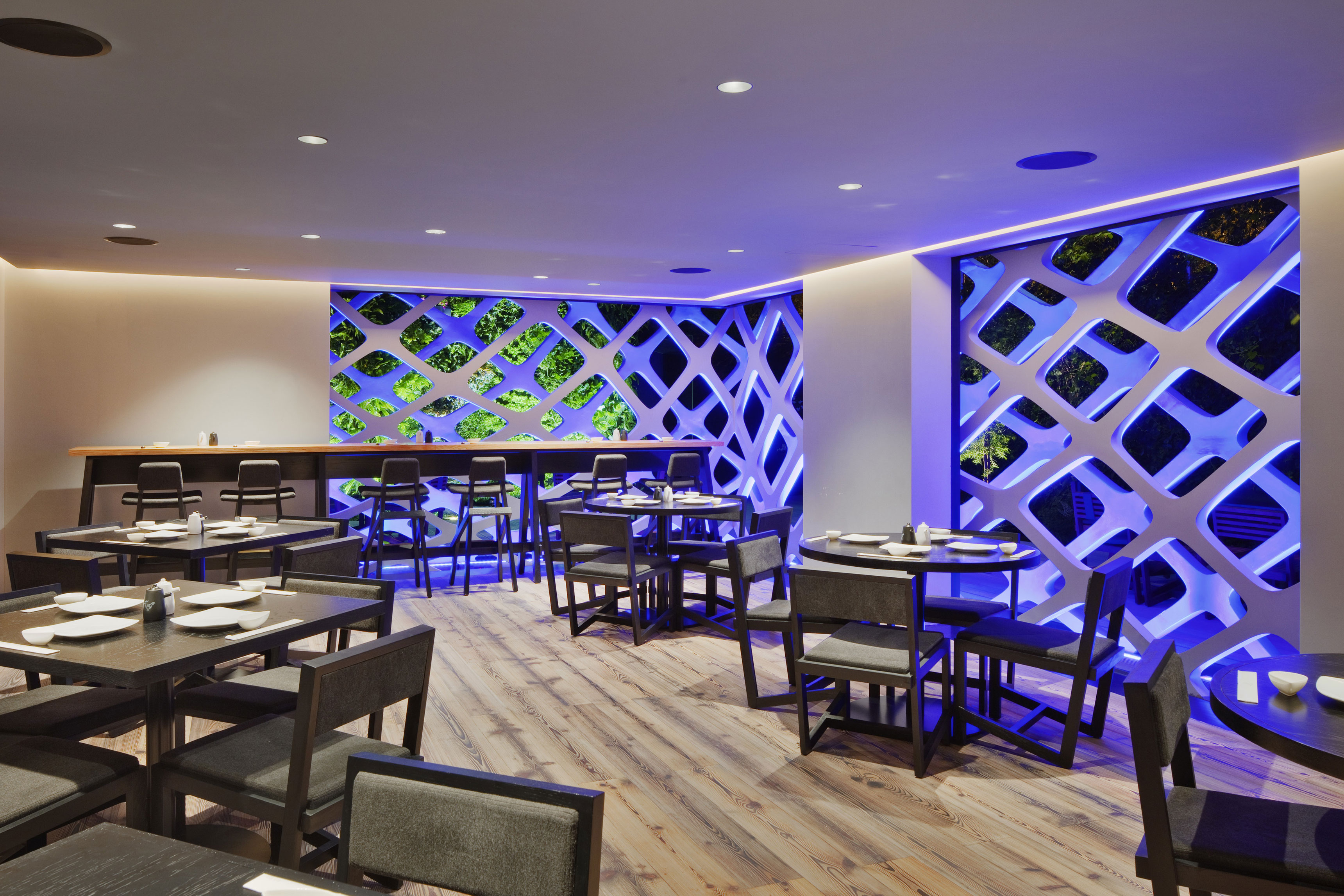 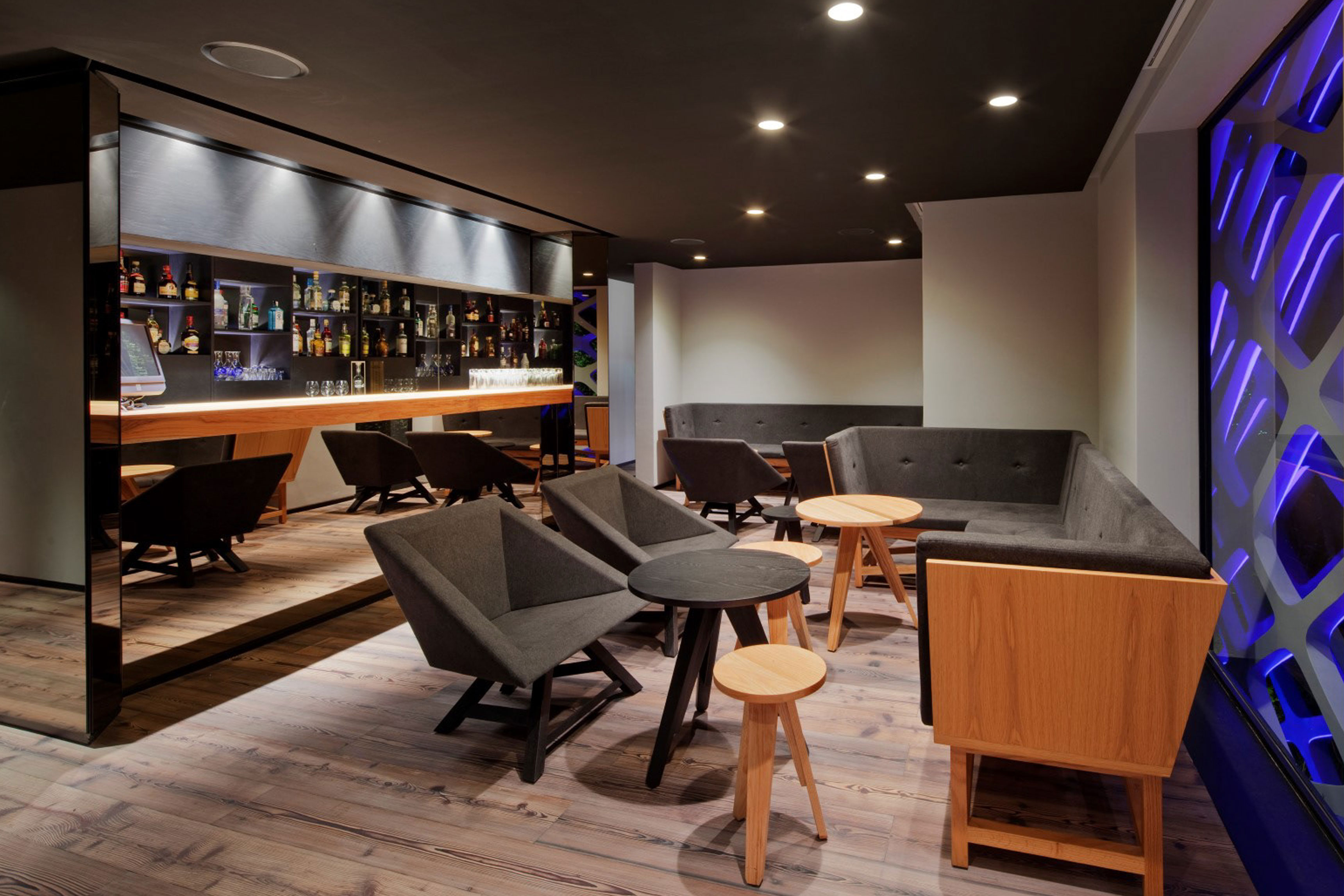