James Bond has mesmerized more than a handful. The cult bond movies and everything about the brand has spurn inspiration in millions of minds. Of all, Aesop too has taken the classic bond movies as a muse while putting together a new store in London. For those who aren’t aware, Aesop is a premium skincare brand based out of Australia. While the marquee may have been the underdog for years, it is soon starting to shine across the globe. Recently, it opened a plush new store in London’s upbeat Chelsea neighborhood and it is nothing short of luxe. The 100 sqm shop is designed by renowned interior design firm Snohetta, that has also collaborated with Aesop for several projects in the past.

As per reports, the store has taken stimulus from the opening scenes of the classic James Bond films. So much as that Aesop’s in-house architect Jean-Phillipe Bonnefoi is also said to have provided many James Bond scenography’s as a base for their design. The Duke of York Square store features intimate pale rose-colored walls, along with a central column and twelve arches, all turning upward to create special product zones. Each of these intimate zones encircles a sink like structure that appears to float mid-air in a trance. A shallow and reflective pool further surrounds each sink, thus creating shimmering illusions on the gradient rose walls. With its warm colors and exquisite detailing, the New Aesop store is no less that wonder in its own right! You may just want to jot down this James-Bond inspired store on your bucket list for London! 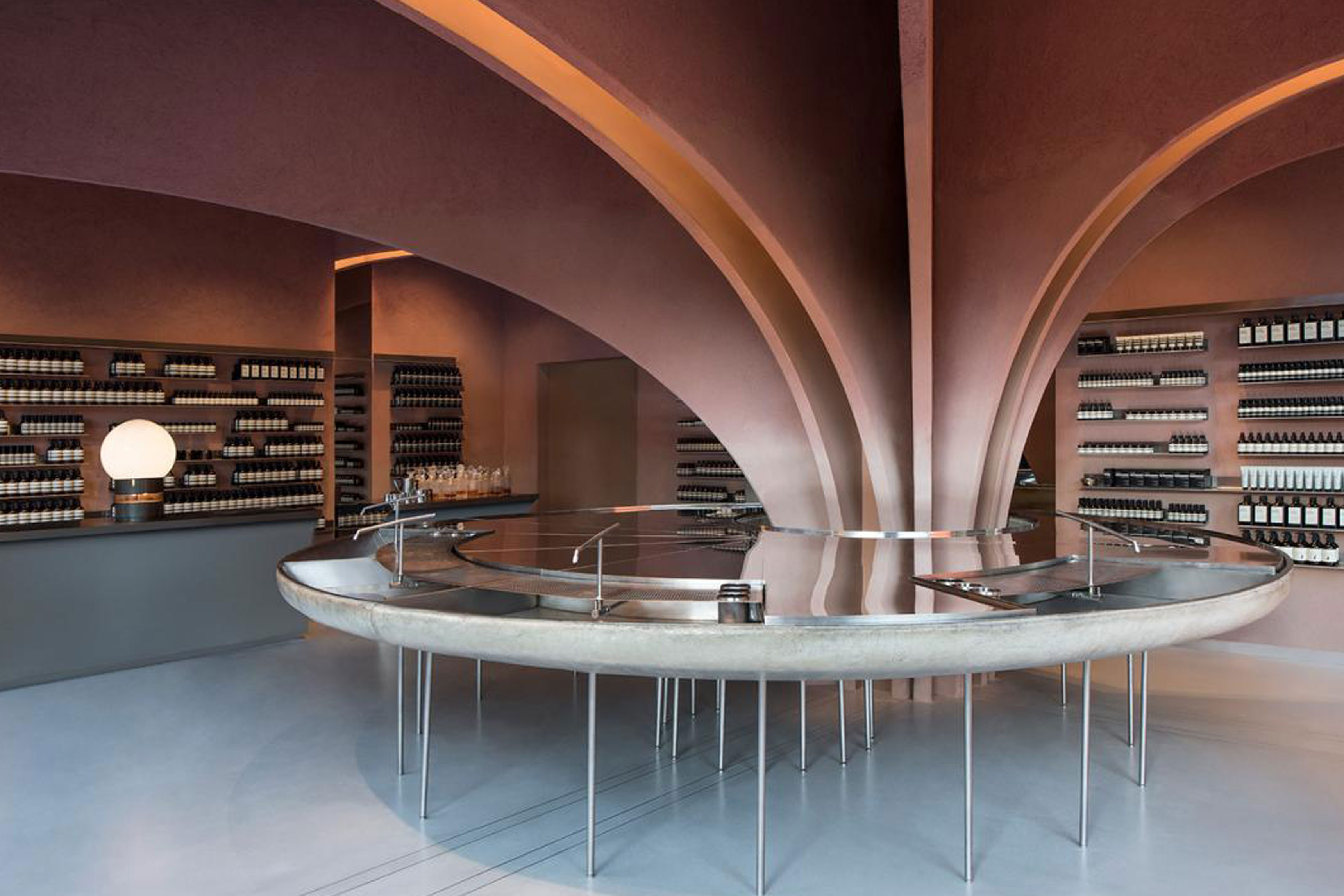 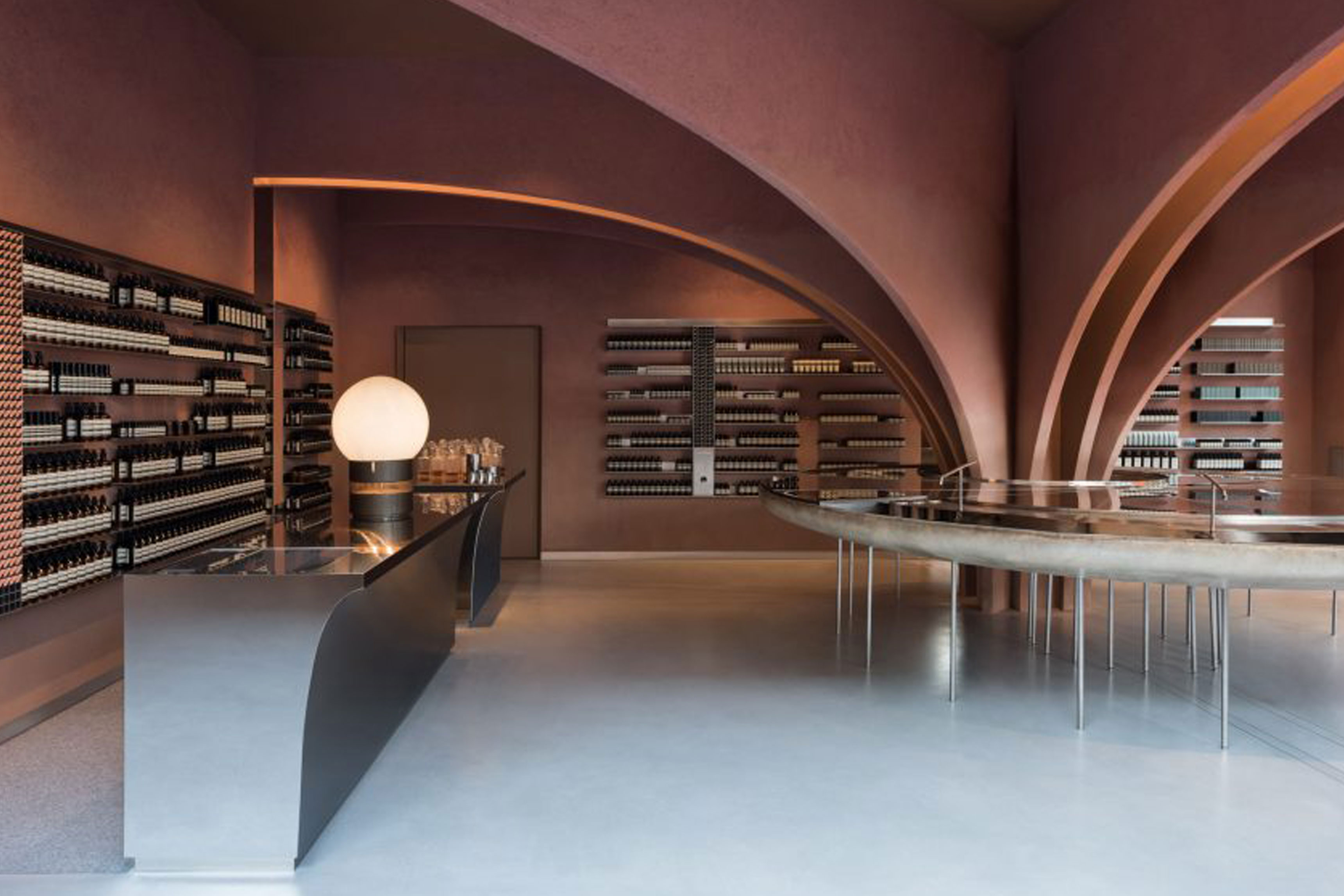 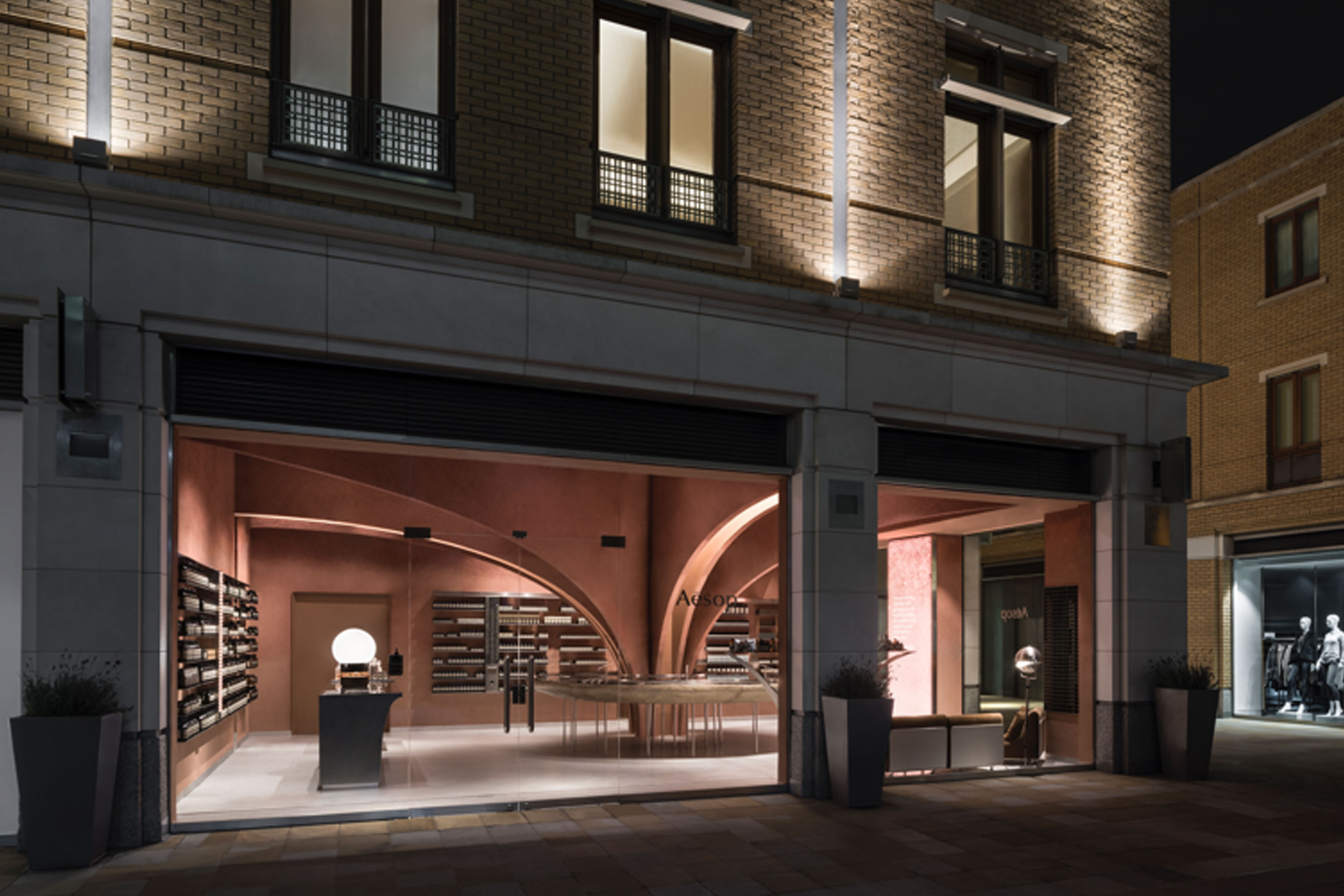