DTF – a modern acronym meaning ‘down to f*ck’ – is a ubiquitous term used in contemporary dating to refer to a person who, as it states, is willing to have sex. Now, digital dating app OKCupid is attempting to reclaim DTF by presenting a host of new interpretations of the word behind the letter F, in a new range of ads. ‘It became clear that the way this came to life visually would have to be bold and provocative,’ says Melissa Hobley, CMO of OKCupid. The creative minds at advertising powerhouse Wieden + Kennedy stepped in, proposing artist Maurizio Cattelan and photographer Pierpaolo Ferrari – the duo behind visual bible ToiletPaper and who have also conceptualised ads for Kenzo, collaborated with MGSM and designed home accessories for Seletti – for the job. Hobley and her team thought their vibrant, cheeky images were the right fit.  The ads they designed range from the conventional – ‘DTFarmer’s Market’, illustrated with a woman pushing a man in a wheelbarrow full of vegetables, and ‘DTFoot The Bill’, accompanied by two feet, one holding money, the other one clutching a wallet – to the outspoken: ‘DTFight About The President’ sees a blue hand thumb wrestling a red hand in a ring, while ‘DTFilter Out The Far Right’ is accompanied by a hand throwing a gun down a toilet. Some are outright silly, such as ‘DTFour Twenty’, illustrated with a couple sitting on a flying loveseat. There’s also an ad depicting a same-sex couple holding each other with the phrase ‘DTFall Head Over Heels’. At the bottom of each is OKCupid’s logo with the tagline ‘Dating Deserves Better’. The advertisements will run across OKCupid’s Twitter, Instagram and Facebook accounts, as well as on billboards and subways in New York. They will also be up in Austin and Portland. 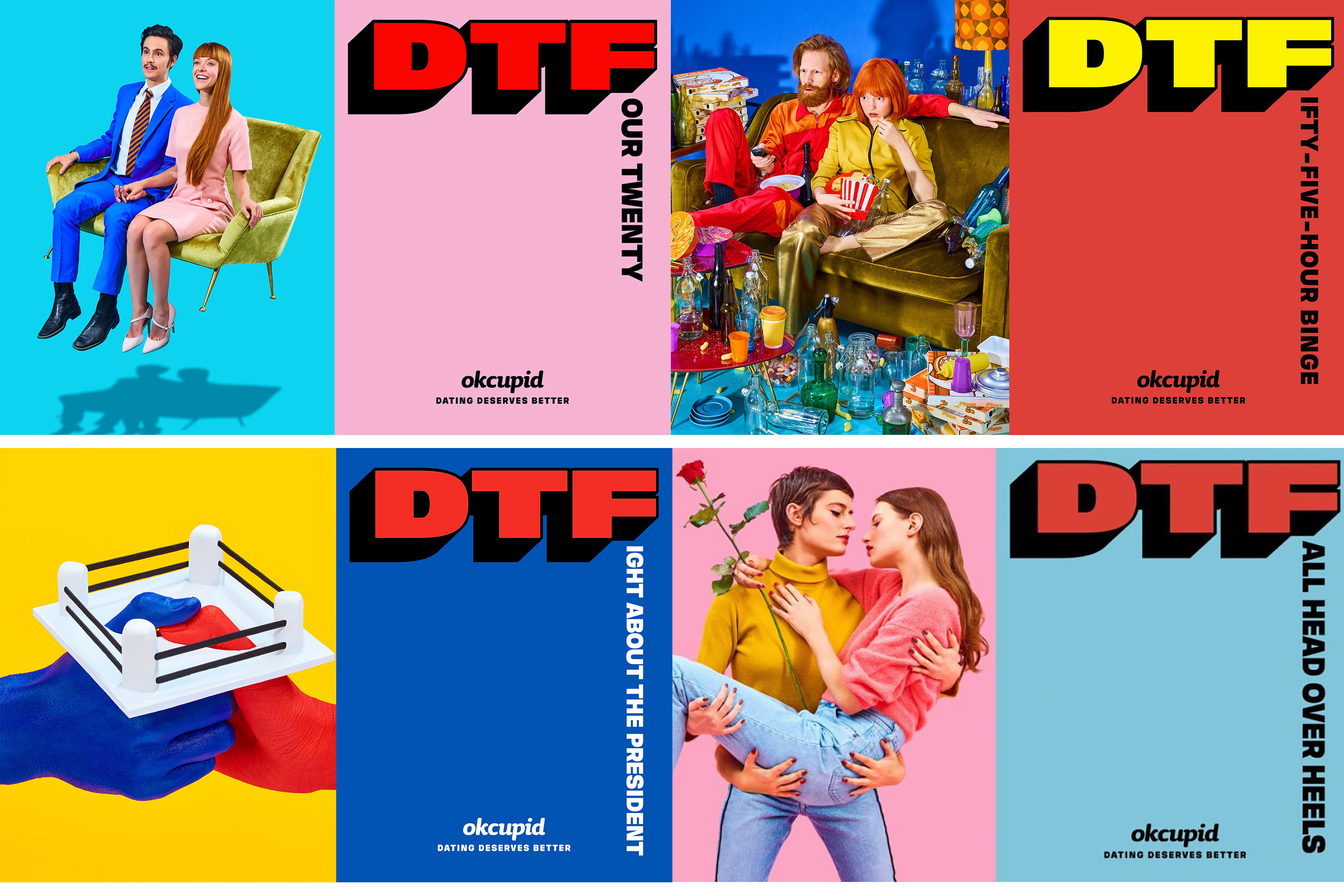