Let’s be clear: smoking is dangerous and we do not recommend that you do it, but could you simply carry around an elegant black box of these slim white gold-embossed cylinders, perhaps in one of these “ultra rare” Adidas silicone cigarette cases, for some street style flair? A pair of Saint Laurent cigarette pants will set you back almost $1,000, but a pack of YSL cigarettes—a subtler, if less benign luxury—costs merely $55. Habitual smokers may feel the end of that sentence merits an interrobang—so here it is: ?!—but let’s not forget that luxury is as much the spawn of rarity as it is of material quality. The paper will appear subtly finer and whiter than the average cigarette’s, the tobacco grains daintier, and the logo, well, gold and shiny. The brand promotes their cigarettes as creating a “sense of appeal to female vanity and thereby making the woman who chose to smoke Yves Saint Laurent cigarettes more attractive than one who smokes another brand, or more attractive than a woman who did not smoke at all.” Not only will you have purchased a bit of the YSL magic—it’ll be in your bloodstream.

The concept of the fashion cigarette is not new; fashion houses such as Givenchy, Versace, Pierre Cardin, Christian Lacroix, and Cartier have released their own versions of these little white sticks ever since tobacco companies began including women (especially young, fashion-obsessed professional women—model consumers, in other words) as a targeted demographic in advertising campaigns circa the 1960s. But a pack of cigarettes from the man whose signature silhouette is called Le Smoking? We couldn’t resist. 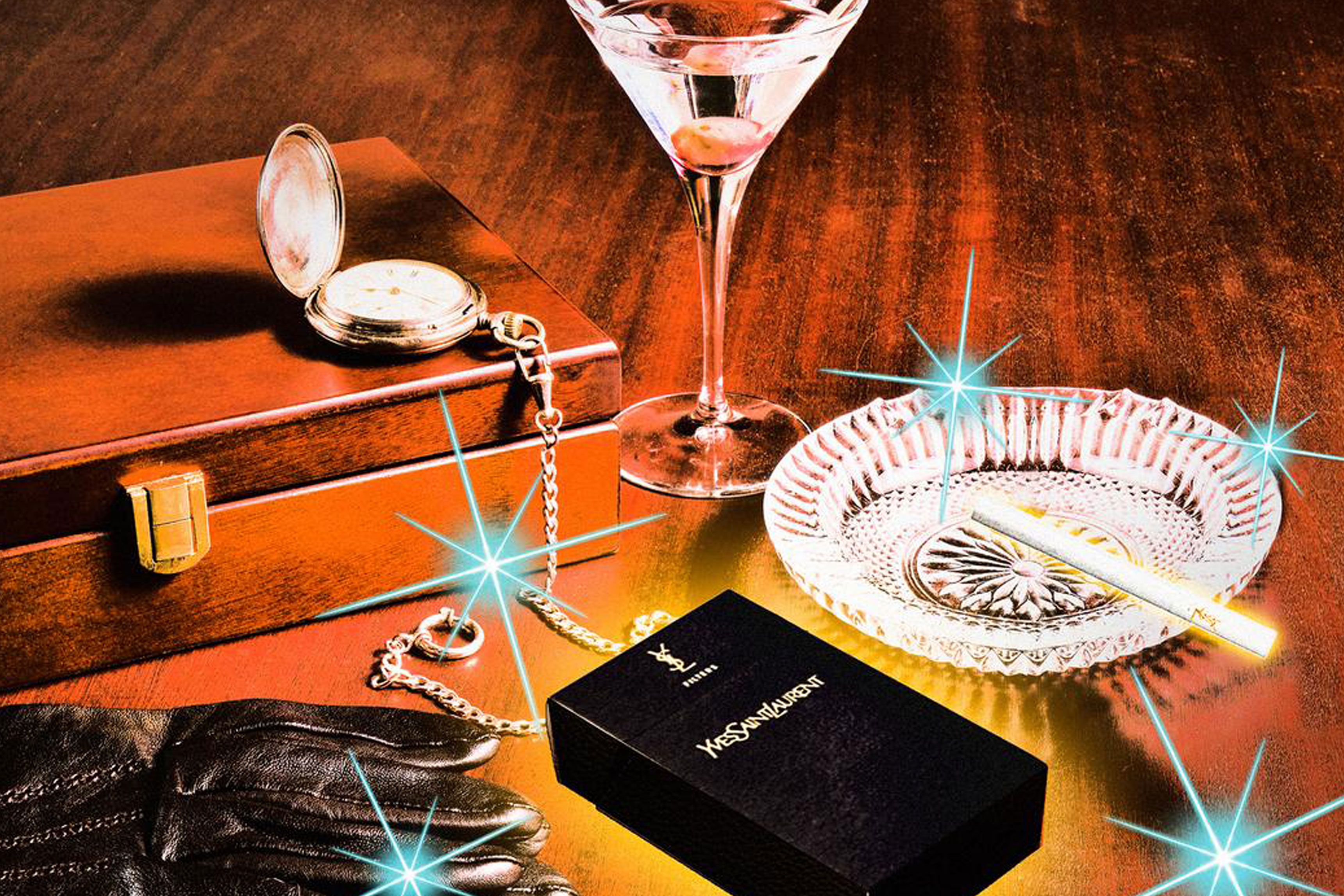