If street art’s central tenet is visibility, granted by the wide audience that a public location entails, then American street artist Thrashbird’s latest project, located miles away from any populated area, is an act of subversion both in content and form. Known for the cheekiness with which he subverts mainstream culture, his work is subtle social commentary served with a teaspoon of humour and satire. Now for Thrashbird’s Valley of Secret Values, he has gone one step further, abandoning the billboards above the busy highways of Los Angeles to take over a series of monoliths in an abandoned concrete plant in Lime, Oregon, which he has transformed into luxury handbags. Perhaps taking its name from the Valley of the Kings in Egypt, an elaborate burial place for pharaohs and noblemen, a vanity project if there ever was one, Thrashbird’s project was conceived three years ago when he was scouting for locations. Visiting the decaying plant he was struck by the surreal ideas of discovering some kind of graveyard for giant designer purses, in what was a vivid hallucination that was just begging to come true. As he eloquently explains, “one’s imagination is a playground of boundless adventures. I try to bring those adventures to life,” and that is exactly what he did.

Exuberantly spray-painted using stencils and ingeniously accessorized with tyres as chain straps and rocks as beads, the crumbling concrete boulders have been revamped into designer handbags, from Gucci, Chanel and Prada to Givenchy, Louis Vuitton and Alexander McQueen, becoming the very antithesis of their derelict nature. It is this bewildering dissonance that drives home Thrashbird’s message, of how absurdly we systematically assign value in a society where consumption of possessions is a reflection of our social standing. The transformation of the oversized, towering plinths into symbols of craftsmanship, luxury and status also alludes to the artist’s own personal struggle with ego and grandiosity, while the forsaken site also points out the destructive consequences that the overproduction of ephemeral goods has on our planet. 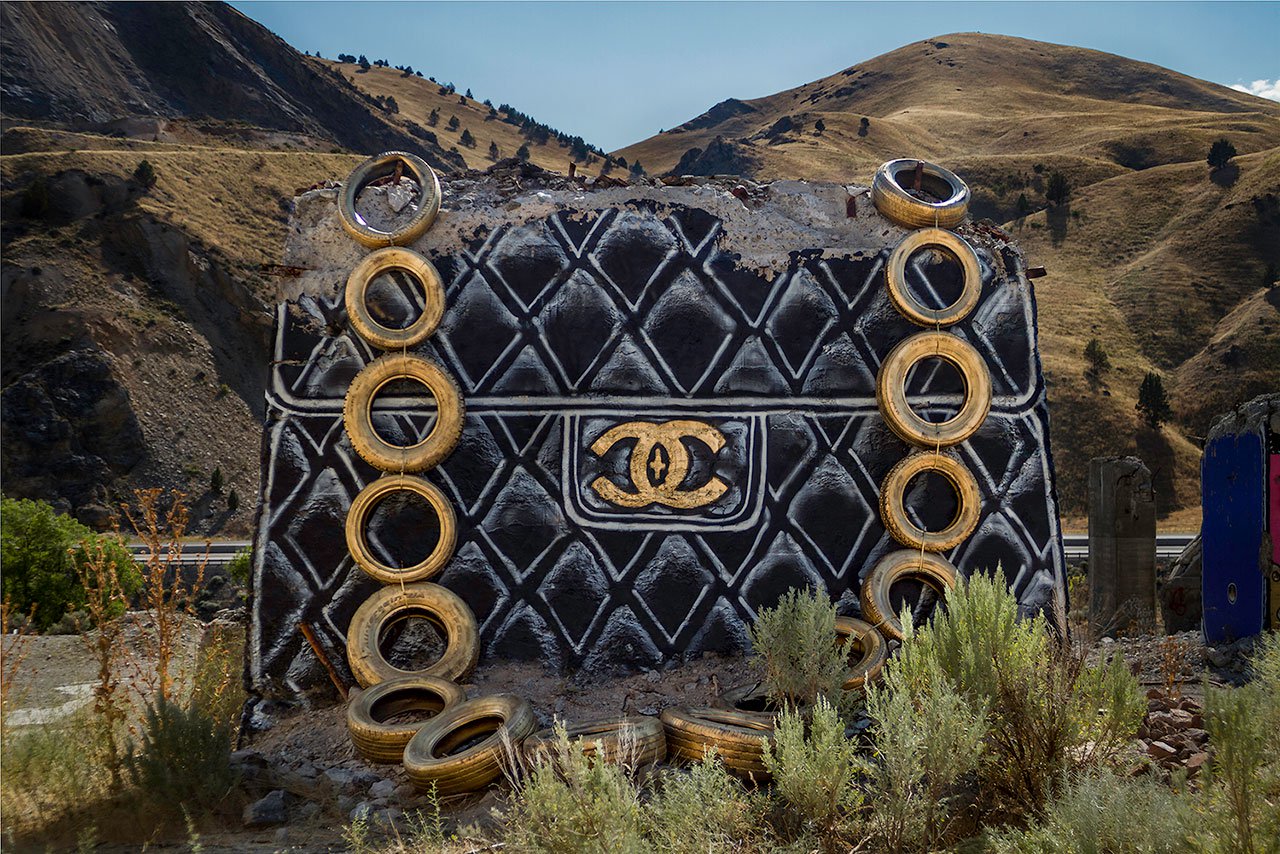 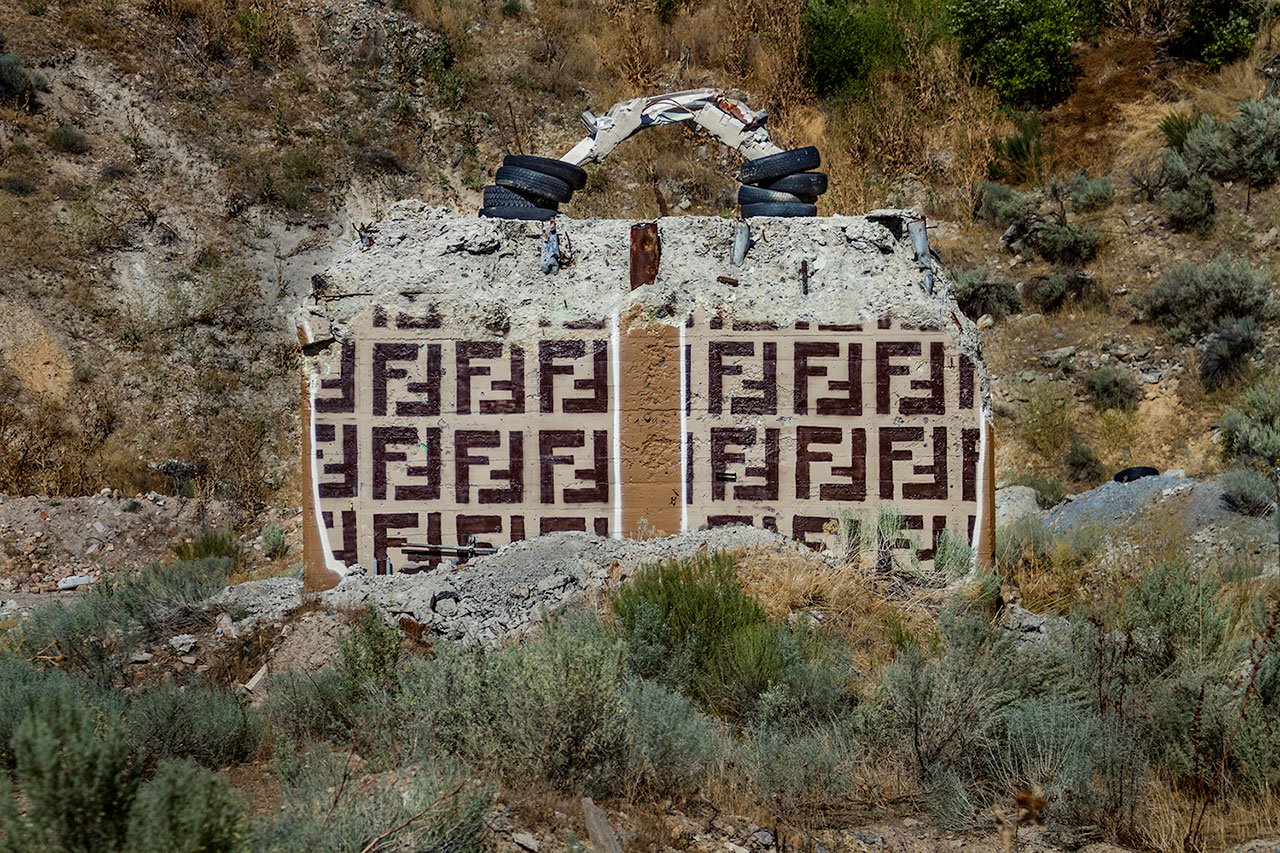 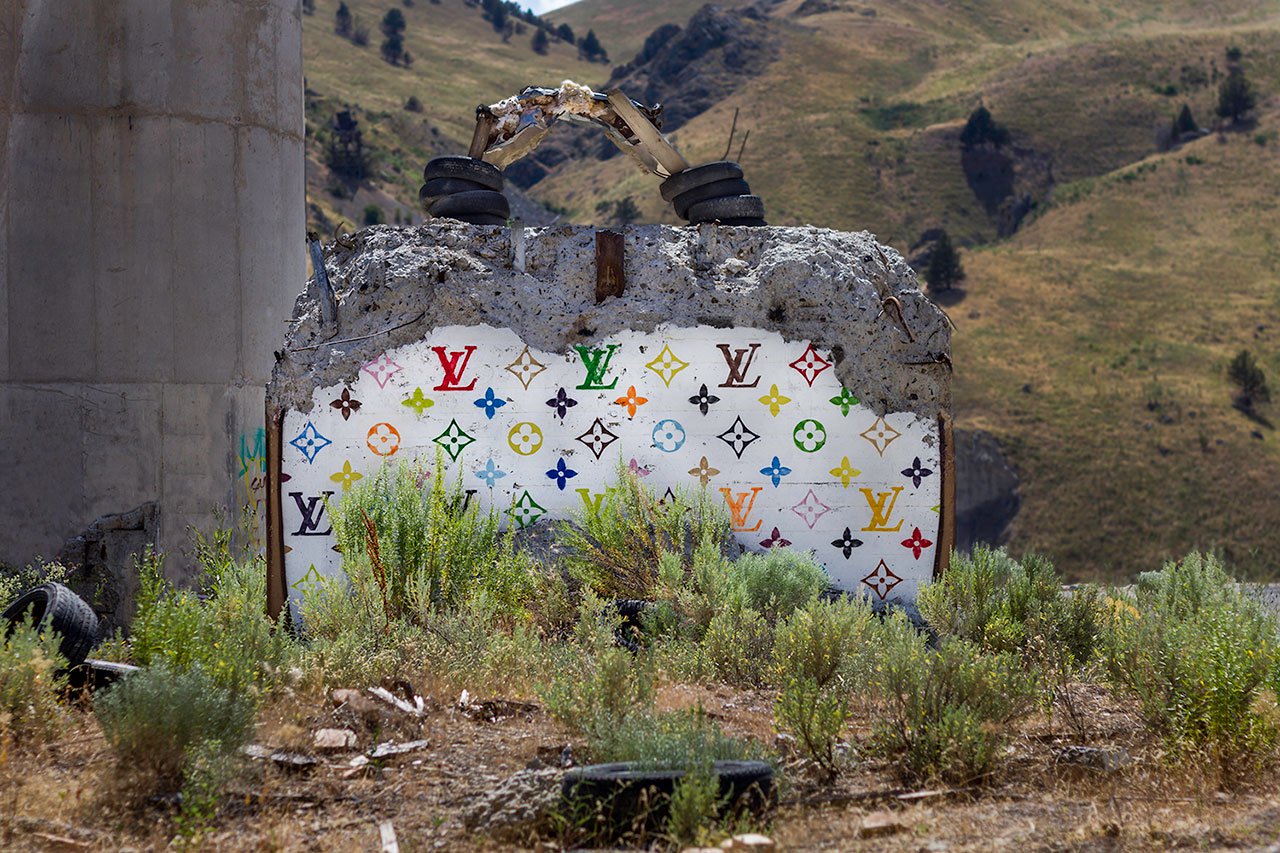 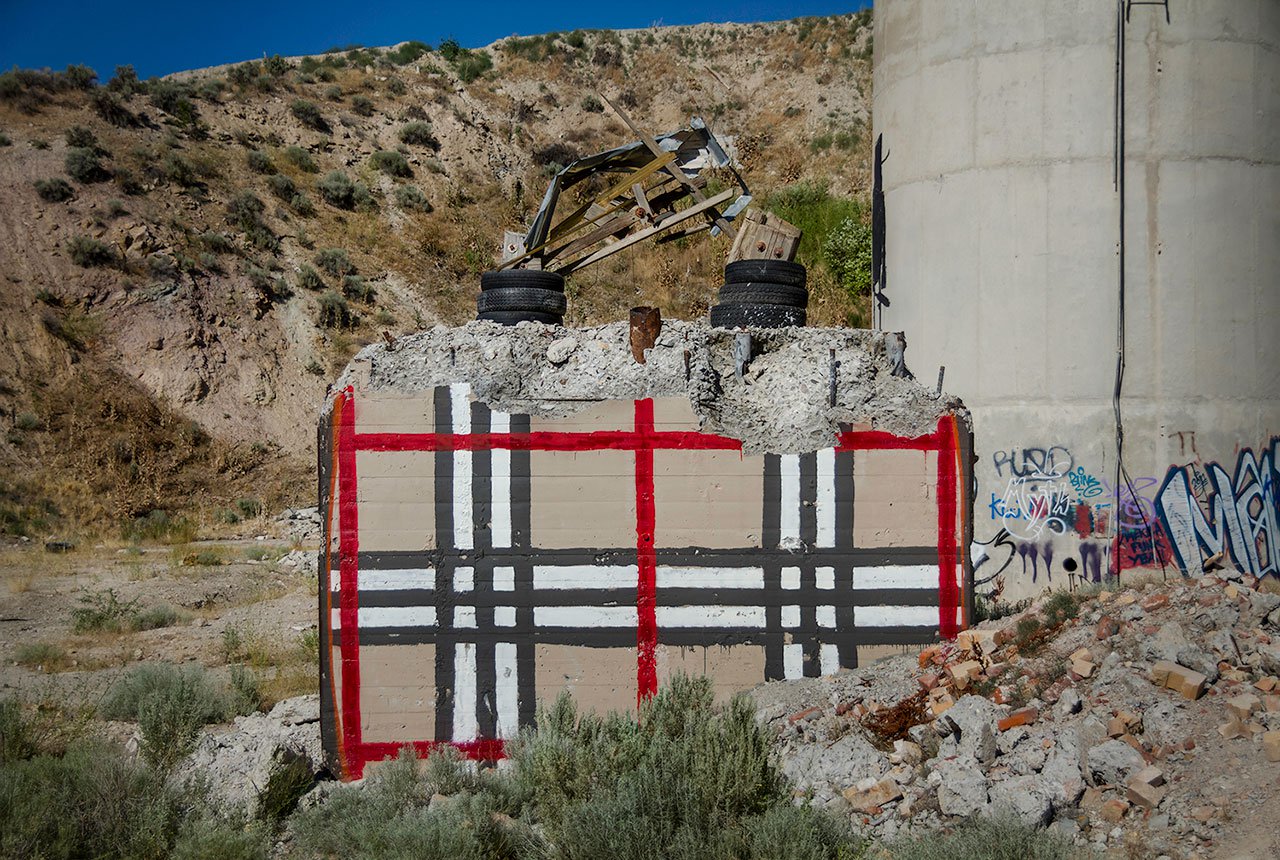