Few companies can boast the ecological credentials that adidas has garnered over the years. The label’s continued collaboration with Parley for the Oceans, which lead to the development of the first performance running shoe whose upper was made entirely of yarns made from recycled marine plastic waste in 2015, evolves today with an ever-growing expansion into high performance sportswear and lifestyle apparel made from premium fibres created from upcycled marine plastic waste.  Last week inside a warehouse located in Brooklyn, New York, the sports house revealed its latest innovation: the first fully recyclable performance running shoe that it has named Futurecraft Loop. Made entirely from 100 per cent TPU, which has been spun into yarn, knitted into the shoes’ upper, and also moulded and clean fused to form the company’s trademark Boost midsole, adidas’ solution for tackling the plastic waste problem closes the manufacturing loop, as its raw materials can be repurposed and reused to make another pair of running shoes. ‘FUTURECRAFT.LOOP is our first running shoe that is made to be remade,’ says Eric Liedtke, an executive board member at the company who’s responsible for Global Brands. ‘It is a statement of our intent to take responsibility for the entire life of our product; proof that we can build high-performance running shoes that you don’t have to throw away.’ ‘Taking plastic waste out of the system is the first step, but we can’t stop there,’ he adds. ‘The next step is to end the concept of “waste” entirely. Our dream is that you can keep wearing the same shoes over and over again.’ 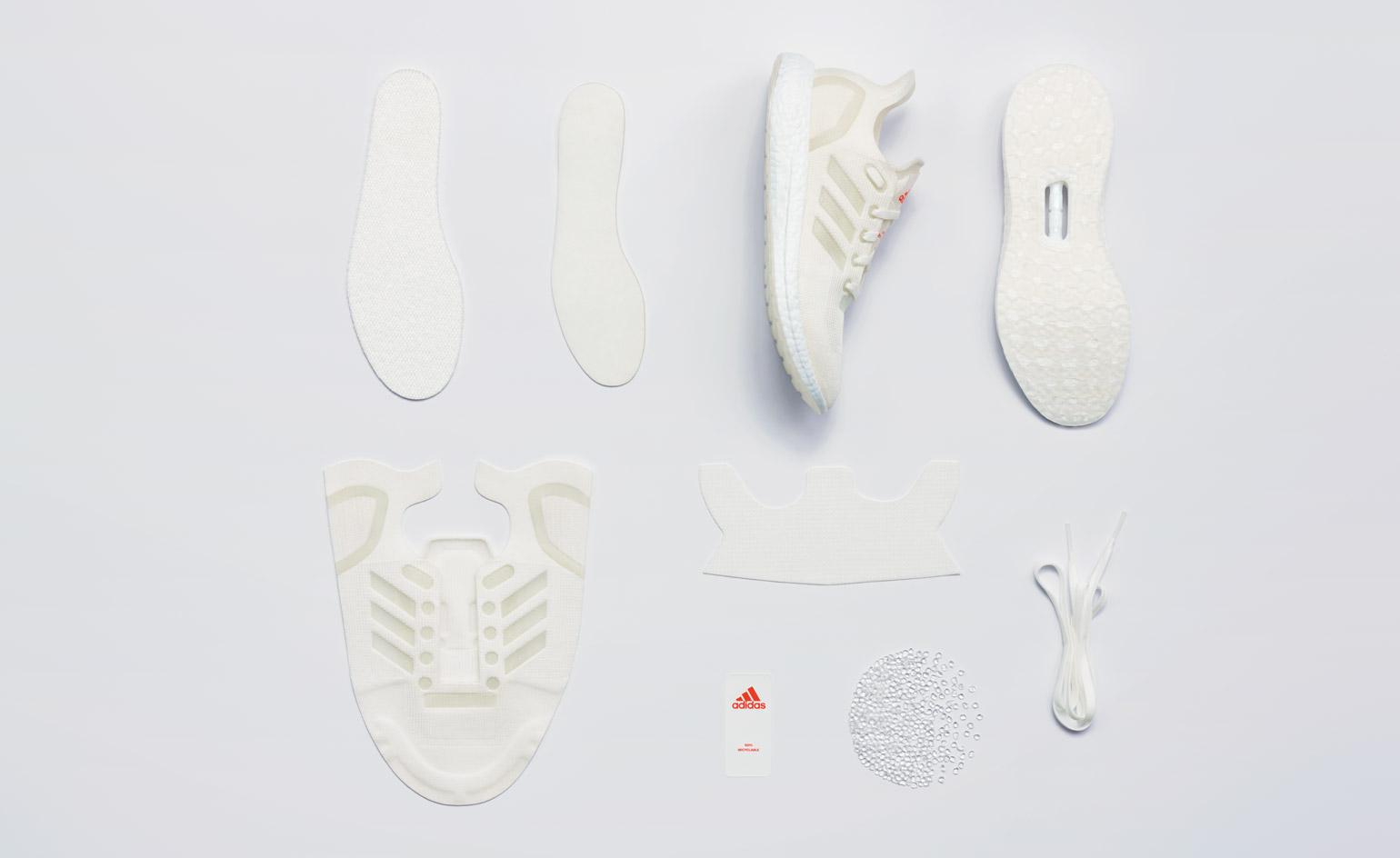 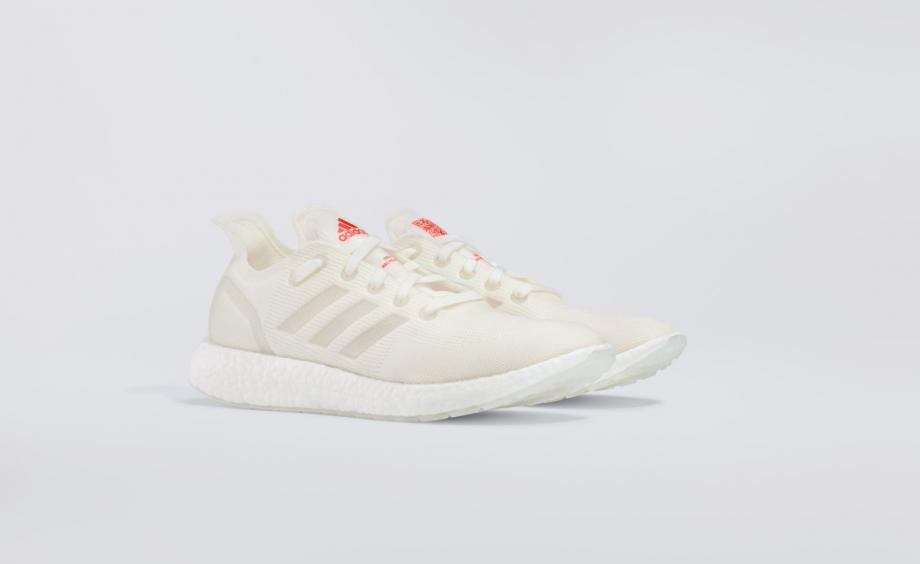 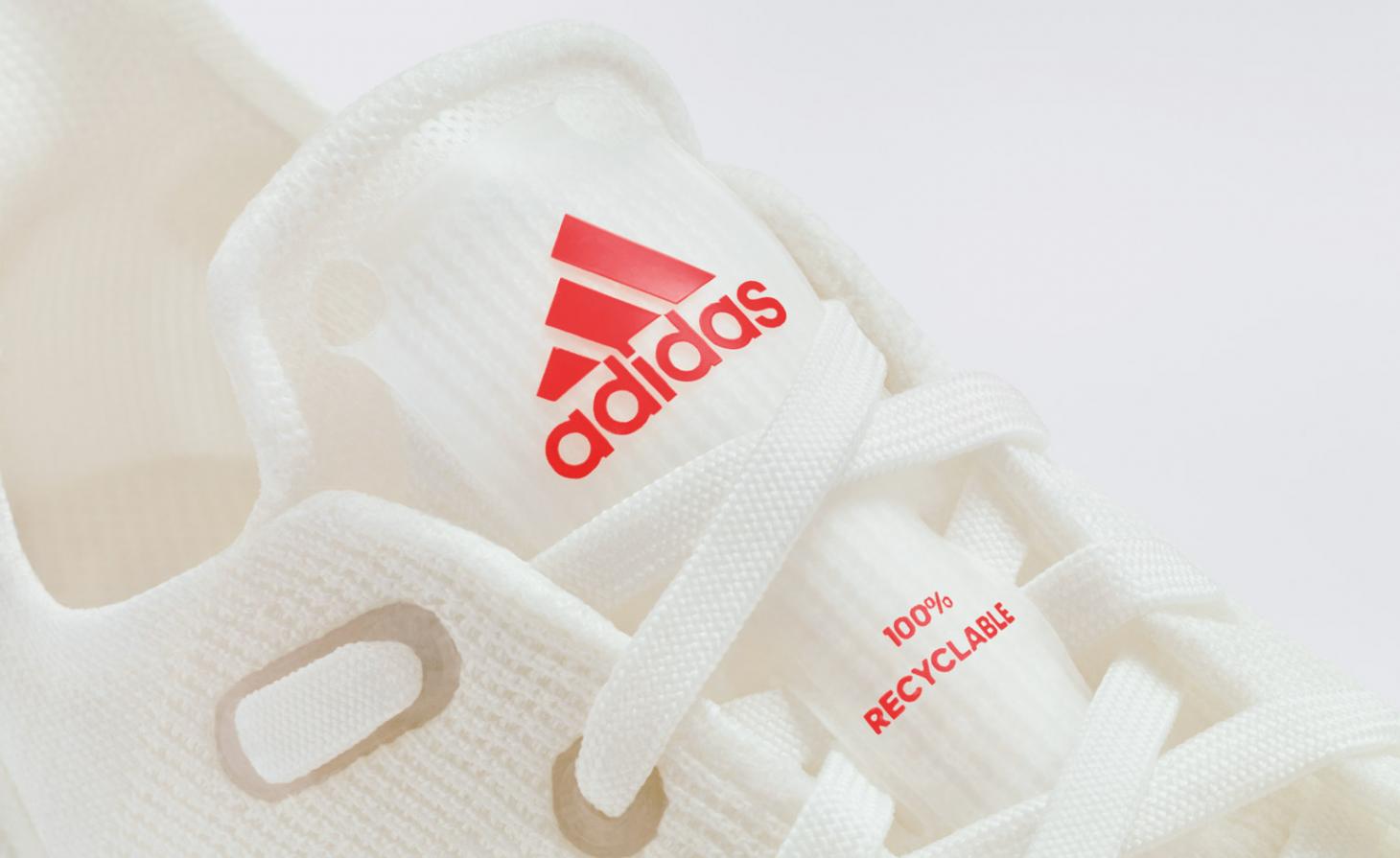 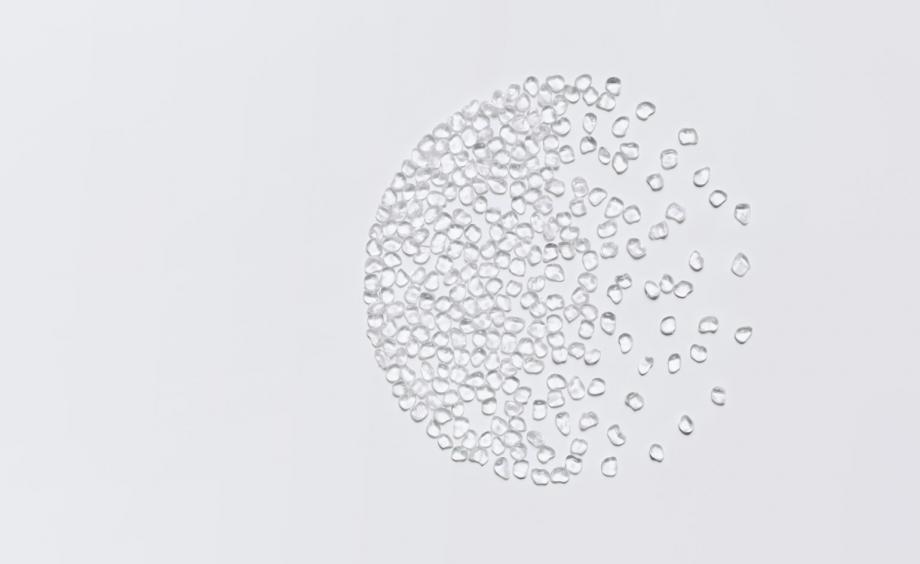