Spiraling upward 120 feet, Gerry Judah’s The Scroll captures the appearance of paper unfurling on a grand scale, a monumental sculpture celebrating the United Arab Emirates coastal city of Sharjah’s designation as the UNESCO World Book Capital 2019. Erected near the Sharjah University City and Sharjah International Airport, The Scroll stands in front of the site of what is to be the front of the House of Wisdom designed by Foster + Partners, and was designed utilizing a ‘developable surface’ in software, eventually realized using rolled steel plates cut by lasers guided by computer control, then welded together. The finished shape was coated with multiple layers of paint, prepared to weather sandstorms and erosion. The monument was commissioned by the Sharjah Investment and Development Authority, Shurooq, engineered by Diales, and built by Rimond. The Scroll is a contemporary interpretation of the ancient Arabic scrolls – a single, spiraling monocoque construction developed by Gerry Judah and his engineers Diales. 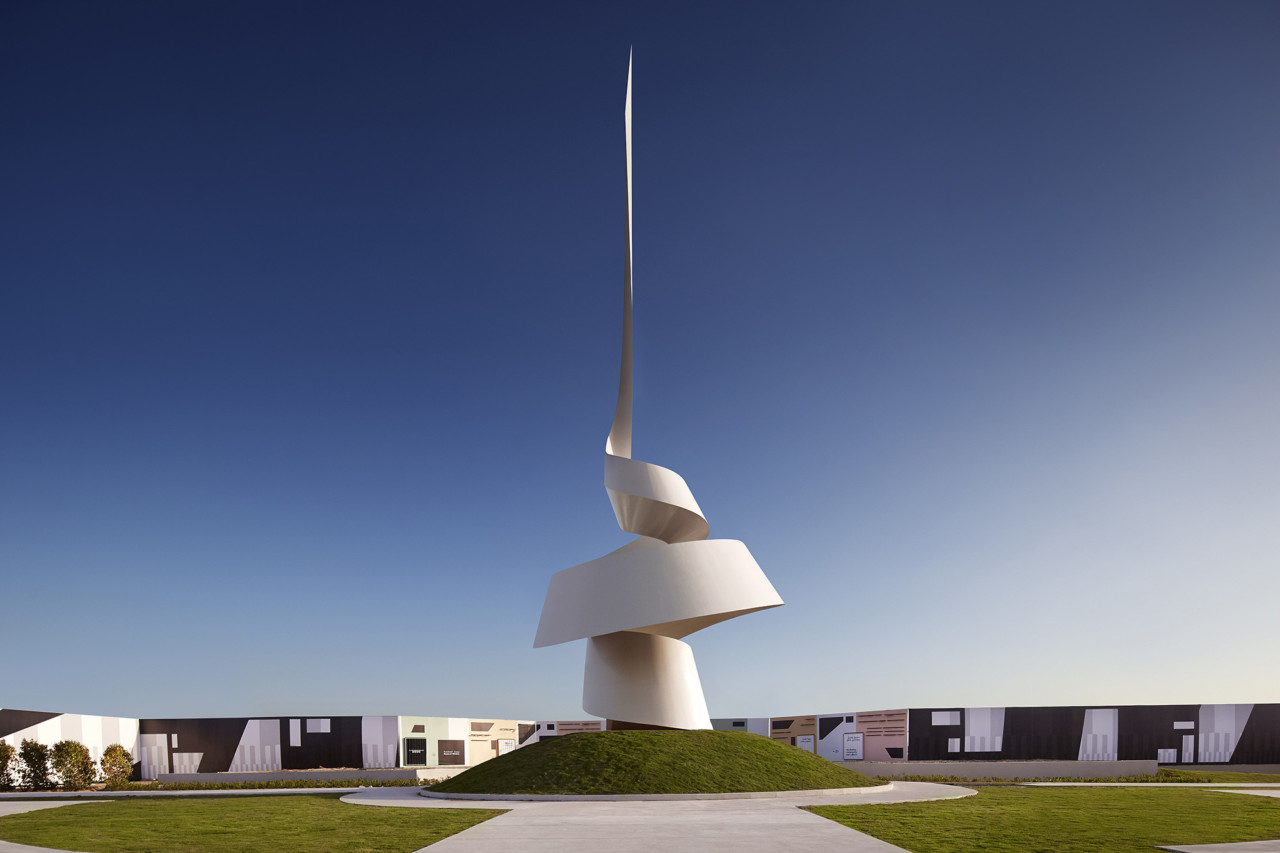 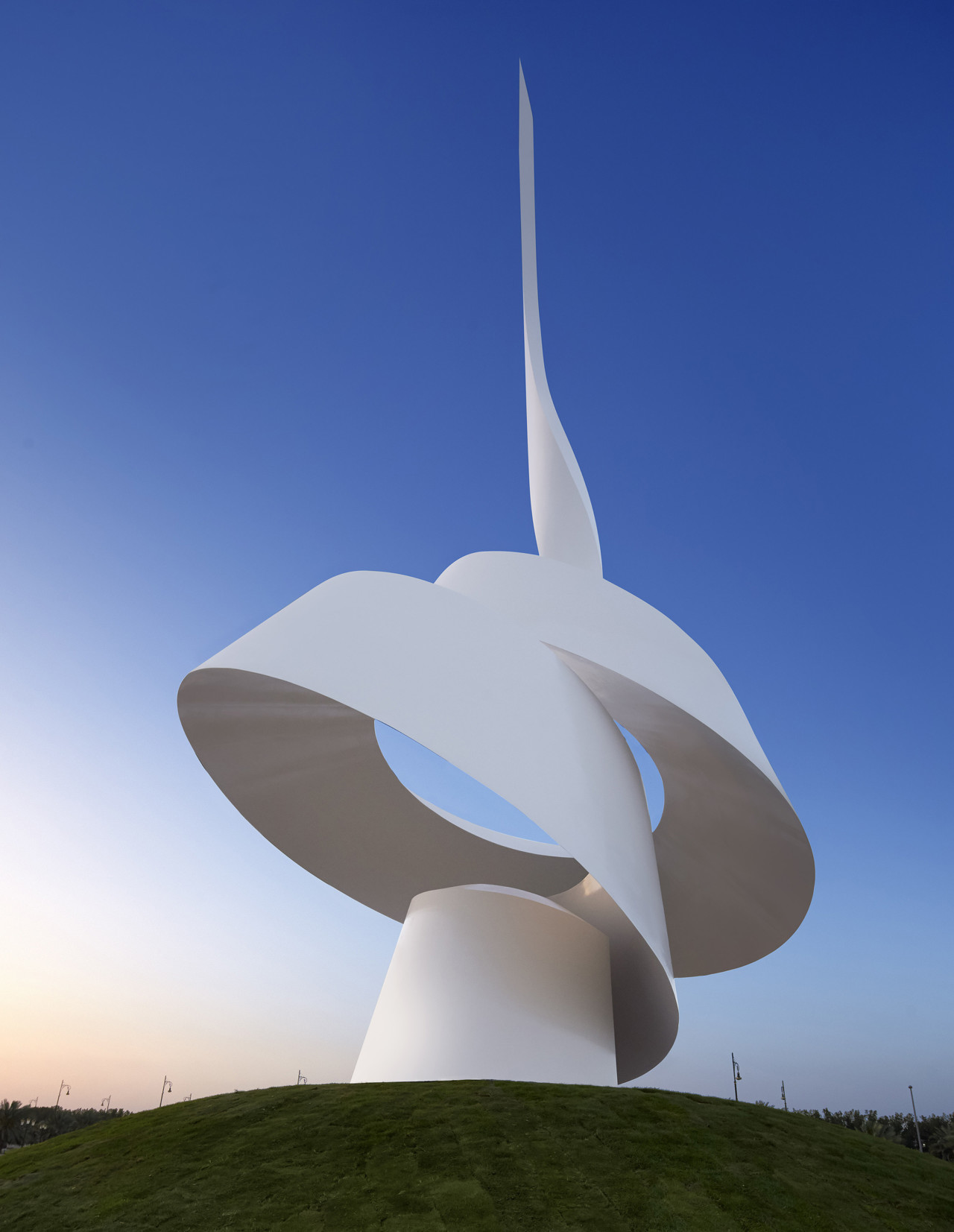