Beijing-based architecture firm WAY Studio has finished the west wing redesign of ‘Silk Road International Cultural Exchange Center’, a major new arts complex located in Langfang, Hebei Province south of Beijing, China. The entire venue measures at 34,000 square meters, and consists of an opera house, a theater, and a music hall. In the west wing, WAY Studio’s interior creation is an open-plan atrium area, that doubles as an art museum, gallery, and exhibition space. The atrium’s architecture is designed to mimic the layout of a theater; its sprawling passageways and elevated platforms aim to resemble the rows of balcony seats that overlook theater stages. “Inspired by theater design itself, we’ve extended this relationship between seeing and being seen, into the public space of the art museum,” explain the architects. As visitors move through the circuitous venue, WAY Studio blurs the boundary between thoroughfare and exhibition space. The open roof was built using a series of elongated panels that open and close like skylights. “These openings are staggered to layer the light within the space, so that light and shadow dance across the blank white surfaces as the day passes in a perpetually evolving performance”. The name of the dramatic venue is derived from China’s ‘Belt Road Initiative’, a project described as a 21st century Silk Road; the intention being to promote cultural engagement. 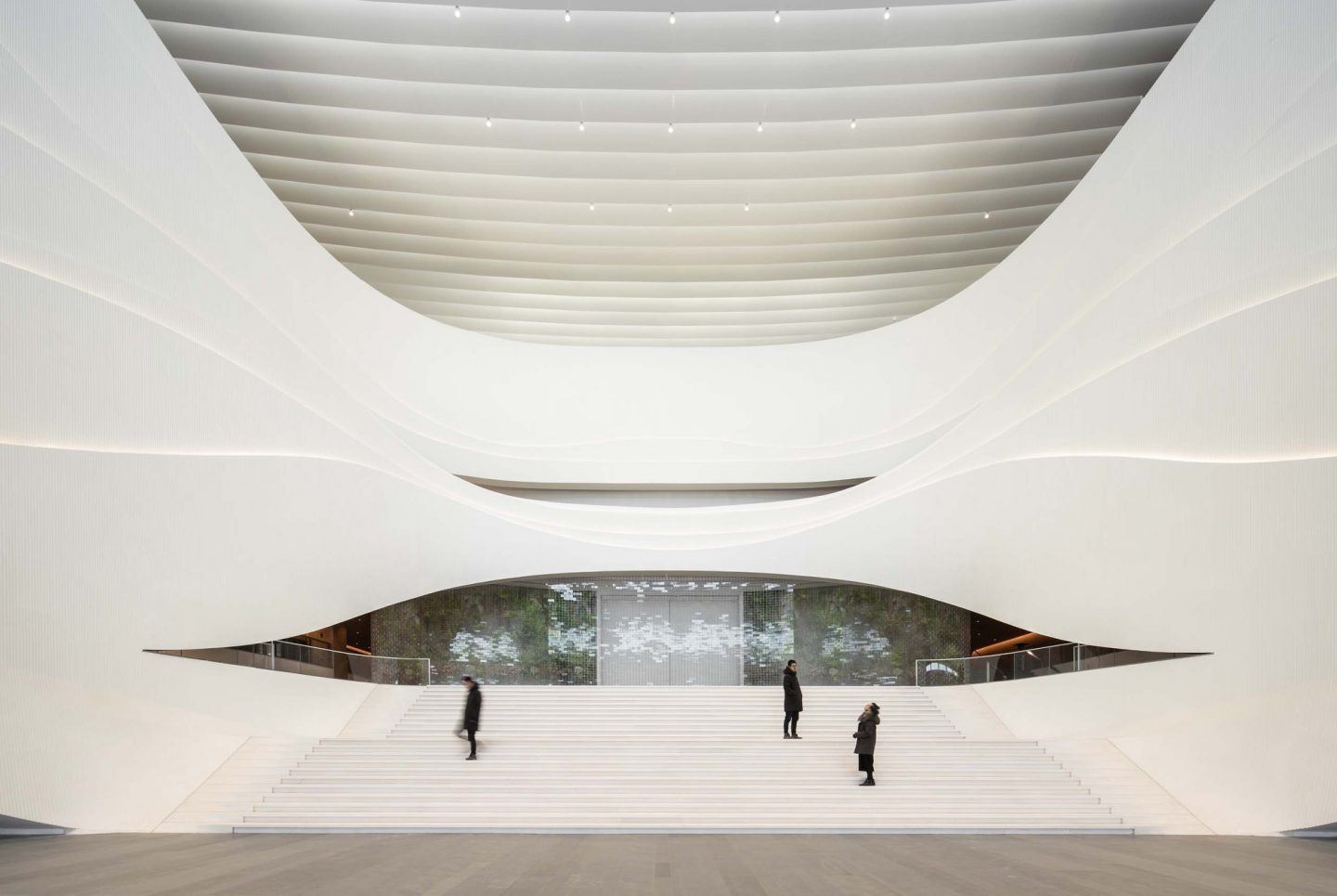 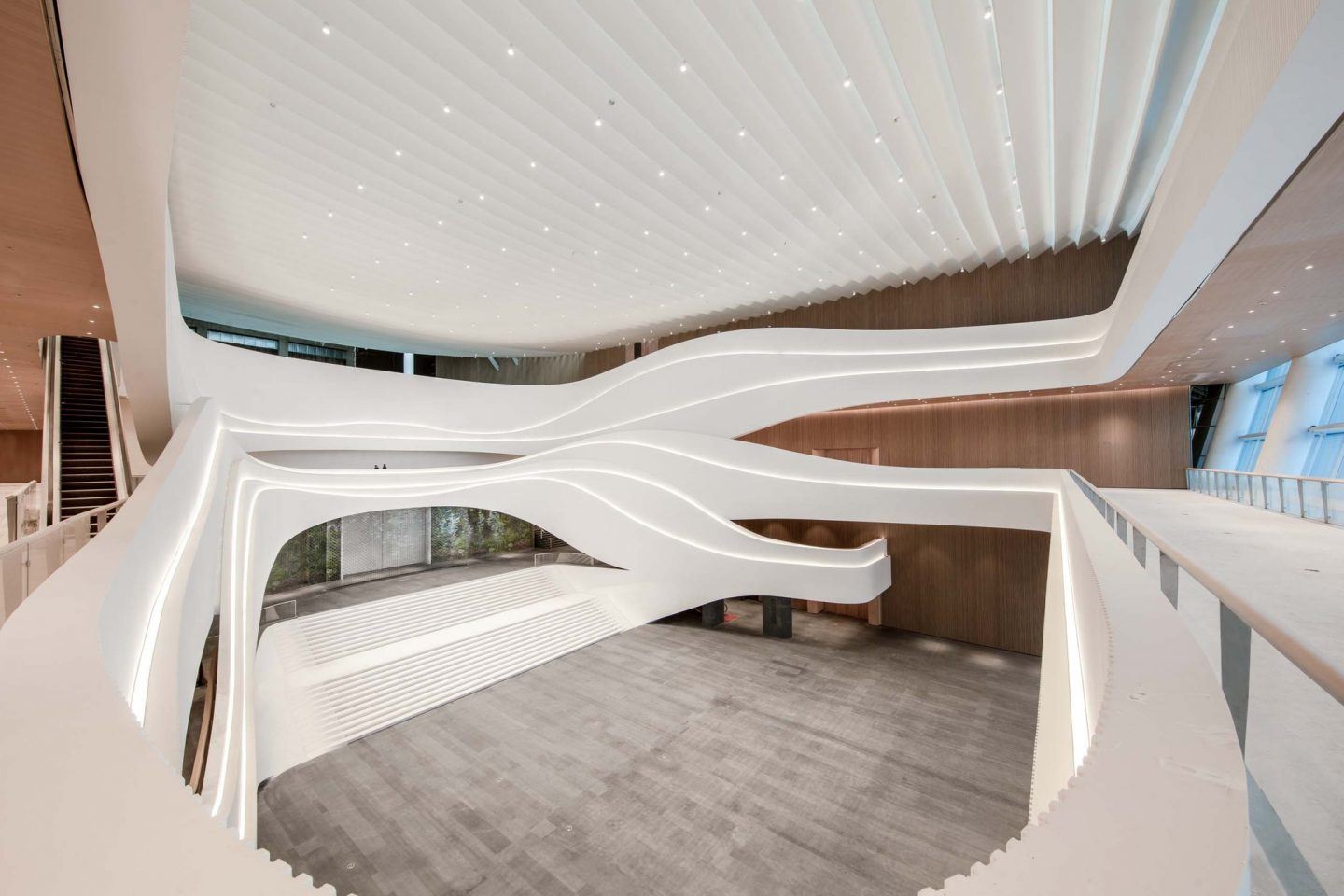 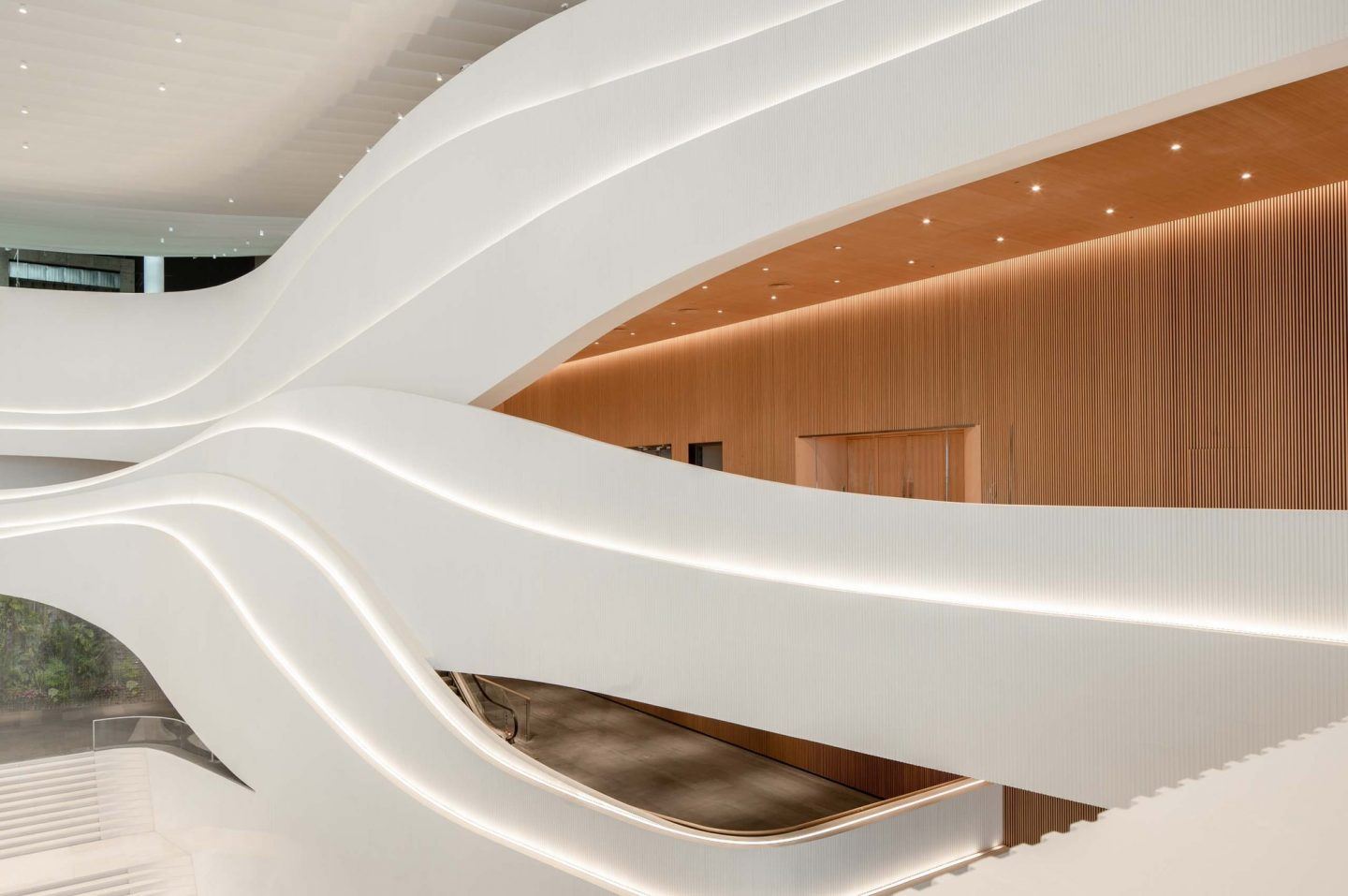 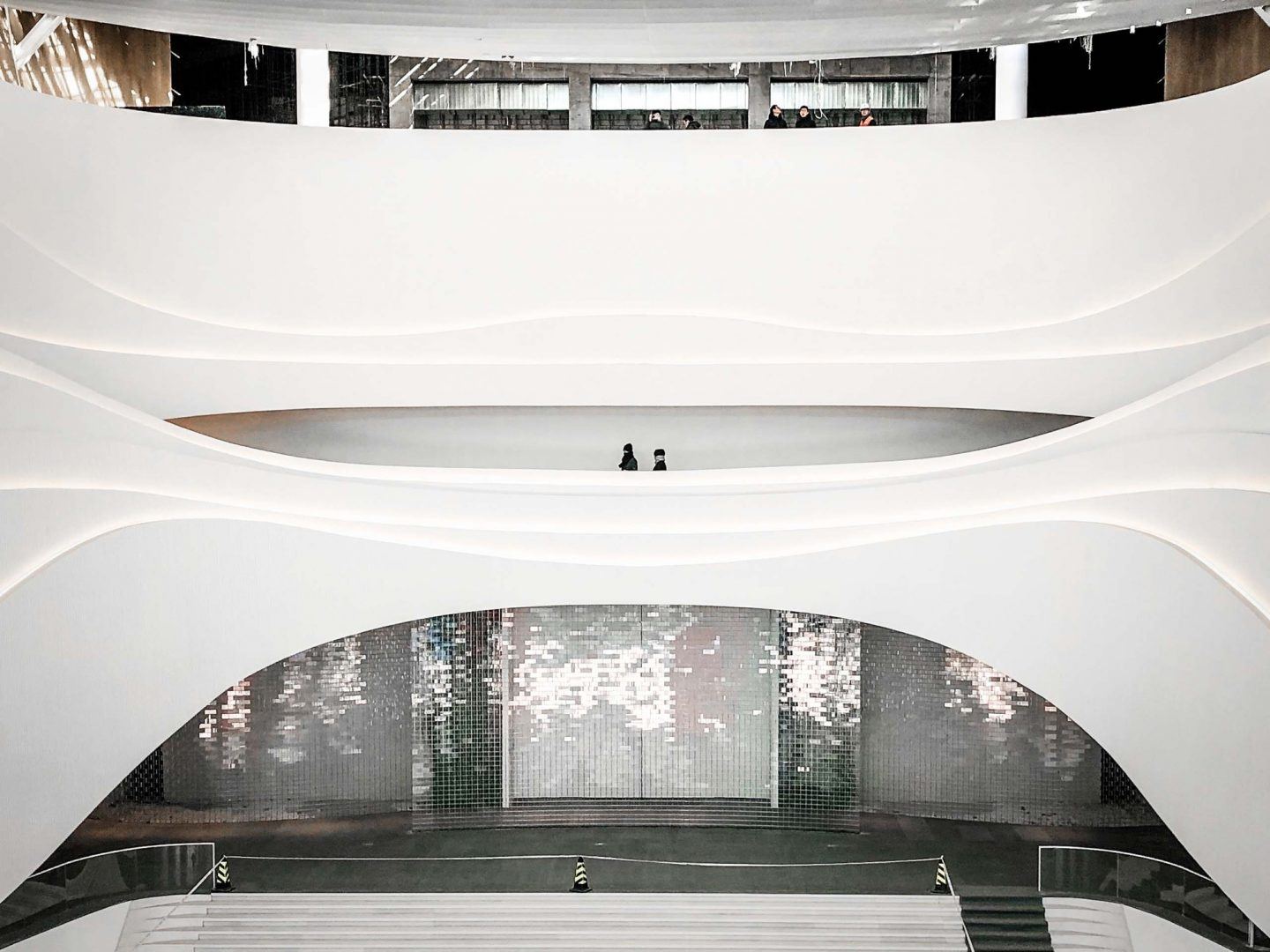 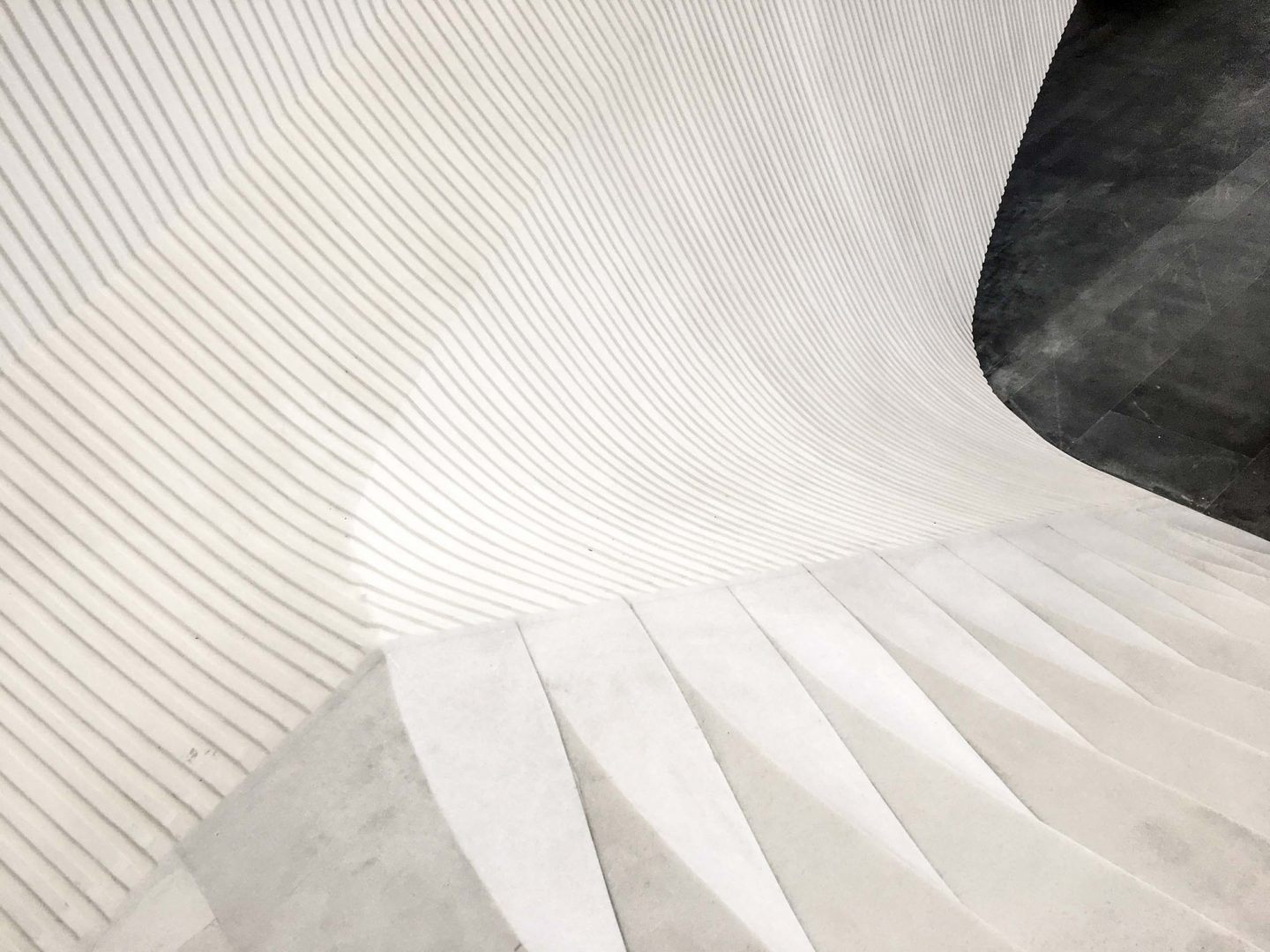 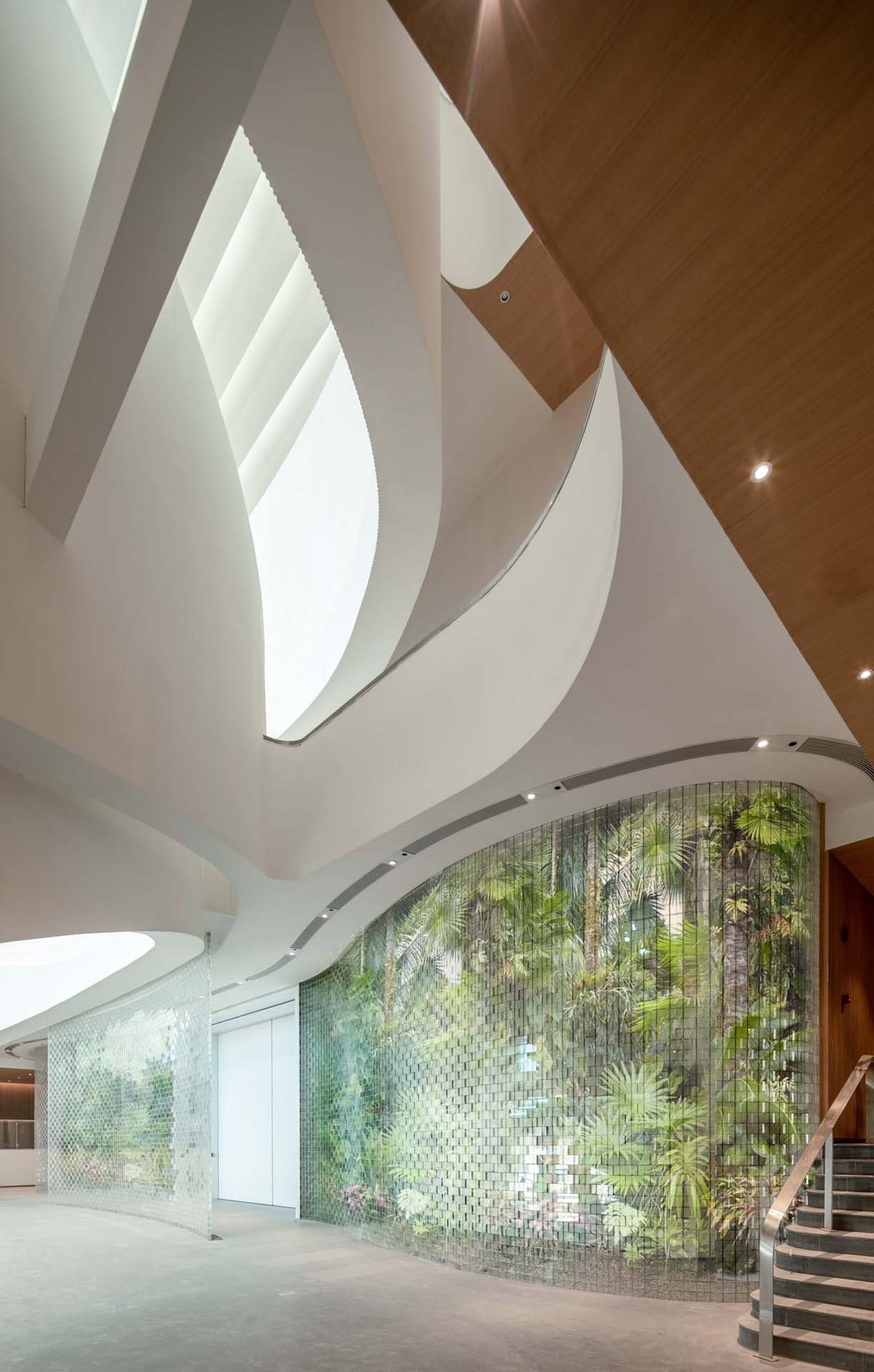