Interior Refurbishment of Penthouse in Paris by 05 AM ARQUITECTURA

When Joan Arnau Farràs and Carme Muñoz Ramírez of Spanish studio 05 AM arquitectura were tasked with renovating this Parisian two-storey penthouse in the 16th arrondissement, their first order of business was to gauge its spatial potential which had until then been overlooked. Underpinned by a crisp aesthetic of subtle sophistication, the pair ended up not just reconsidering the existing layout but turning it on its head. Originally, the apartment was primarily accommodated on the lower floor with access to the upper storey terrace through a double-height living room while the historic building’s pitched roof was obscured by an attic, an unfortunate arrangement that the architects decided to rectify. To do so they devised a completely new layout by introducing a new floor plate thereby transferring the main living spaces from the lower to the upper level. What the penthouse lost in height by sacrificing the double height living room it has more than gained in spaciousness, ambience and architectural flair, courtesy of the refurbished roof structure that has at last been revealed. Painted a soothing white like the rest of the interior, the roof’s large timber trusses, beams and boards imbues the new upper storey living space with a sculptural grandeur. Featuring large skylights, the roof also provides ample natural lighting to the open-plan space as do the windows that grace the facades on both sides of the building.

Connecting the new upper storey with the bedrooms on the lower level, a central staircase, also separates the dining and kitchen area from the lounge as well as provides cleverly concealed storage space. Clad in wooden slats, the staircase volume has a refined sculptural presence whose contemporary sensibility is subtly juxtaposed with the classic typology of the pitched roof. Furnished with an eclectic mix of modern and mid-century furniture, objects and artworks, and espousing a subdued palette of off-white and timber textures, the penthouse interior is a paradigm of understated refinement while the spacious terrace provides an outdoor haven. 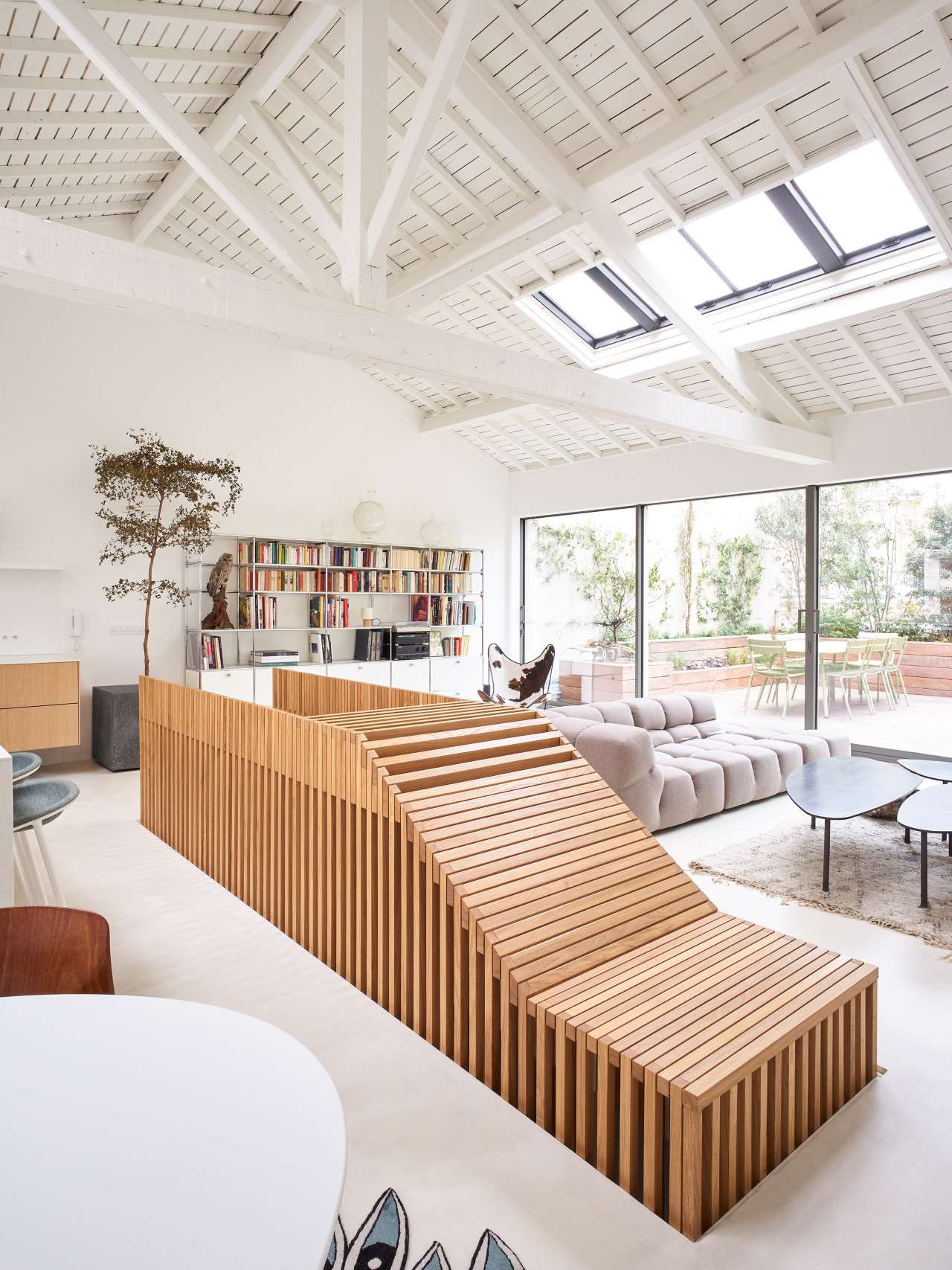