Emma Larsson is a Stockholm-based artist and sculptor whose imagery touches the boundary between colouristic dreamscapes and melancholy figures. Having previously worked with mostly oil and acrylic, Larsson has devolved into her own expressive abstract water colouring. Larsson also sculpts pottery where the characteristic figures are lifted from the paper to adopt new living forms.
From the Brush of Artist – My childhood was when I first discovered loneliness. It became my refuge where all the stories began and I needed to fill that space with something that didn’t exist in reality. I guess my art is the extension of that “something”. Derived from loneliness.
These works commute between then and now. I go into that other world and create dreams. Dreams of escaping, of longing, of hope… That’s my way of handling it. Through art I sustain and survive.
Quite often there are layers of different emotions in my paintings. There can be streaks of darkness and sadness but also of light and vibrancy. In my visual world I’m not very affected by things outside. 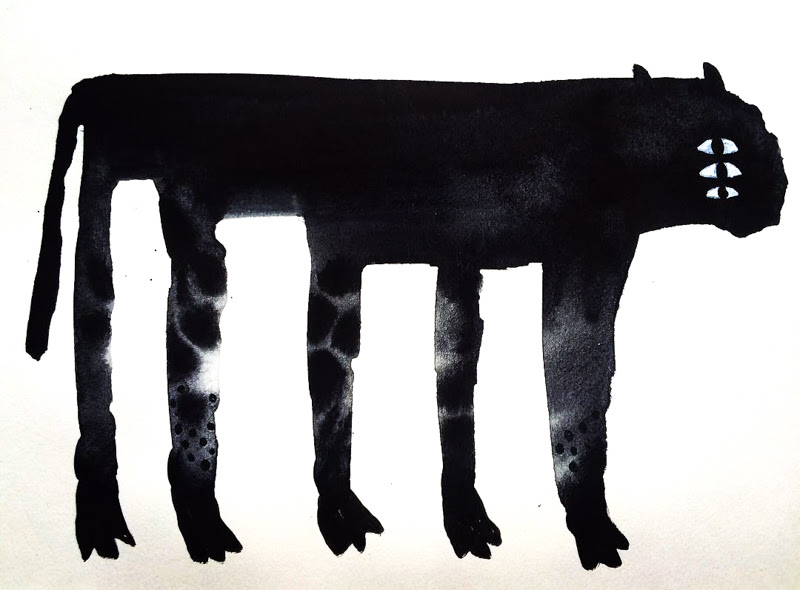 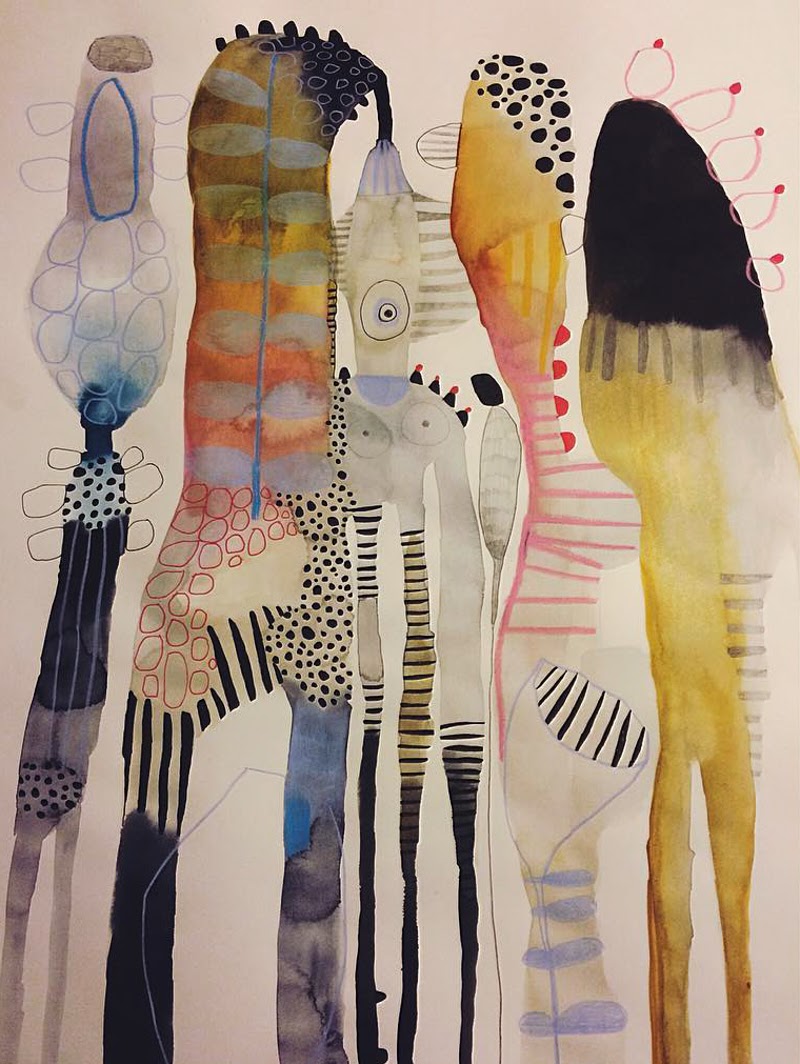 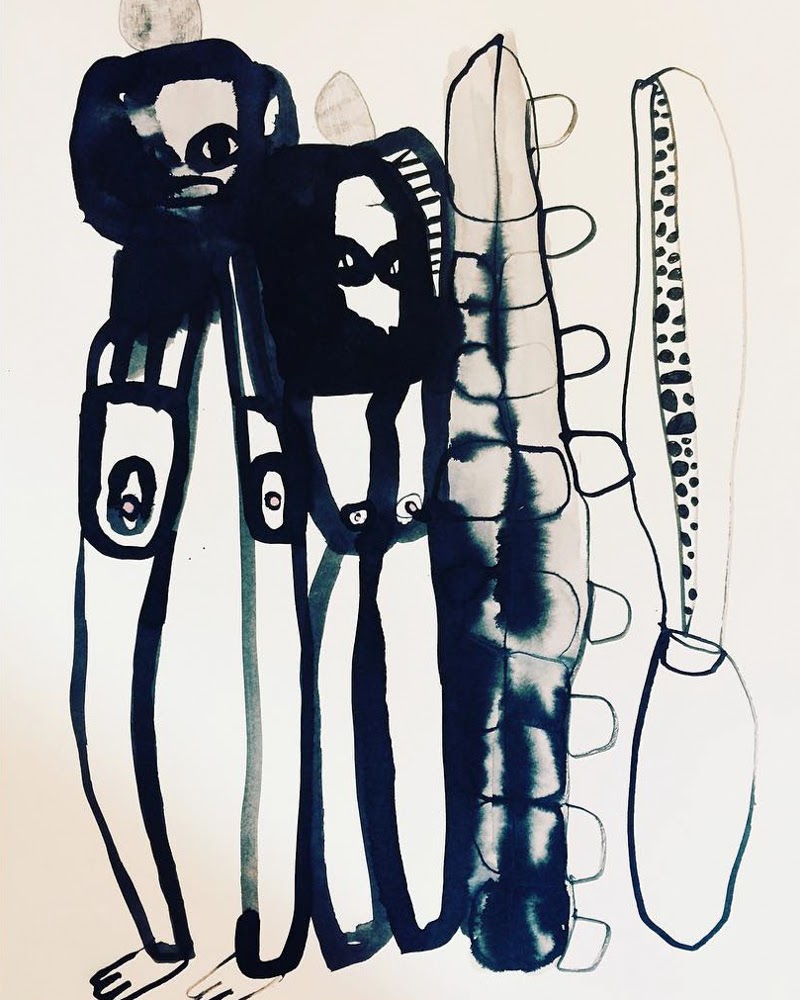 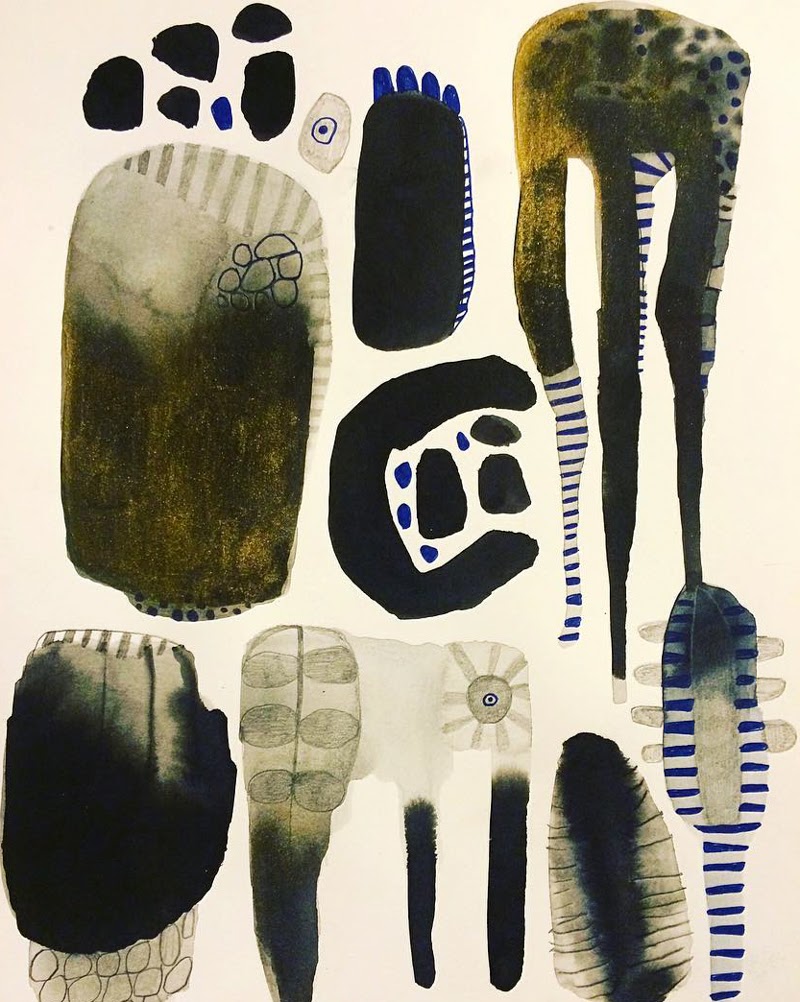 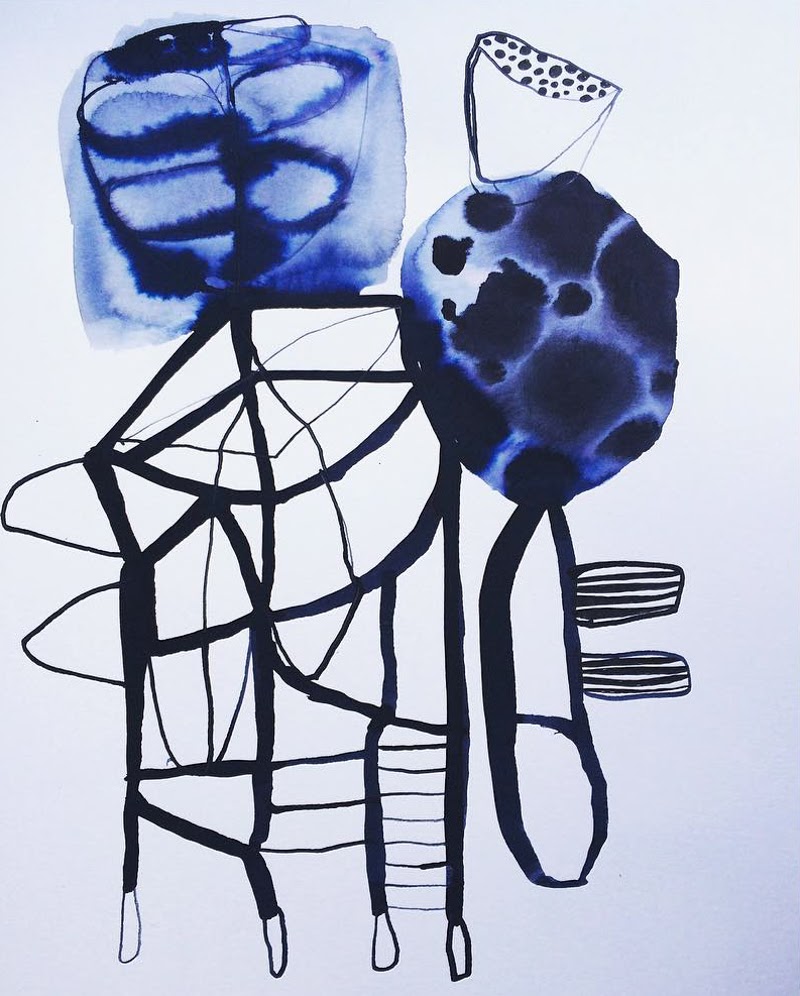 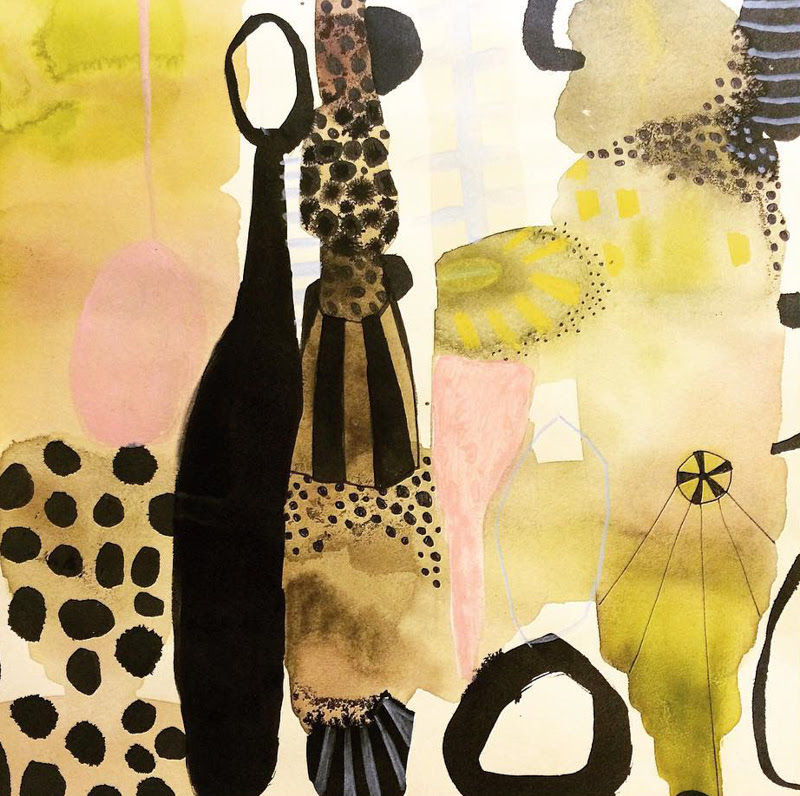 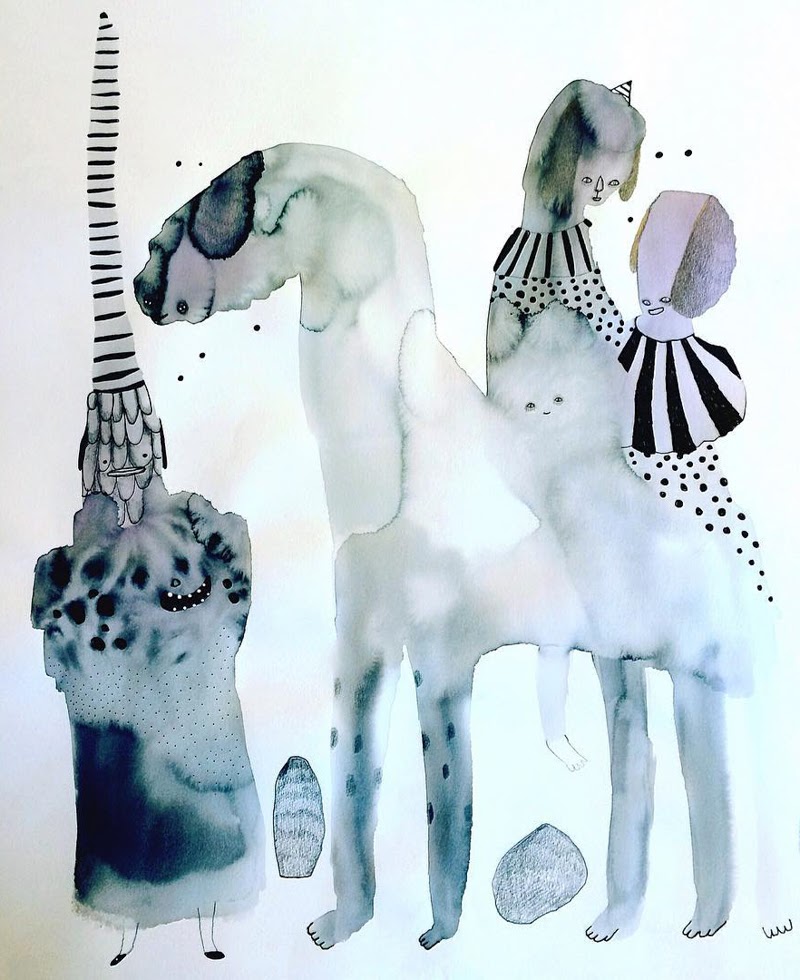