Vogue and Kith Collaborate Again—This Time With a Collegiate Collection

Kith’s annual runway show in September contained a little surprise for those closely paying attention: A ready-to-wear collaboration with Vogue and Russell Athletic. It’s the second time Vogue has teamed up with the brand, and the first that the range of products extends into varsity jackets, track pants, and crewneck sweatshirts. “We are huge Vogue fans over here at Kith,” founder Ronnie Fieg says. “Vogue has been on our mood board for such a long time that it made sense to do another collaboration.” The new collection, dropping in Kith stores and online this Friday, has been made in partnership with Kith’s Love Thy City project. That means each piece comes with a visual homage to the places that house Kith’s flagship stores: Brooklyn, Los Angeles, Miami, and Soho, New York. “I know that people will want to represent the city where they live,” Fieg begins. “Those major cities are influenced so much by fashion and so much by Vogue that I thought it would be a perfect tie-in to bring the cities into it, just to get a different spin on the product.”

Each item bears the influence of the city it represents—no surprise the Miami sweatshirts are pastel and the Brooklyn jackets are black—with the entire collaboration evoking a certain collegiate spirit. That all-American, nostalgic take on Vogue is intentional, as Fieg tells it, harking back to the ’90s when both the magazine and Russell represented an idealized, aspirational vision of Americana. “My mom subscribed to Vogue in the ’90s, and even though she couldn’t afford what she was looking at, she was inspired and had great style. I know that Vogue was a great inspiration for her. The February 1994 issue, when the mag was $3, by the way—was a great one with Cindy Crawford on the cover,” Fieg says.

The Vogue cover that left the most indelible mark on the designer—and that has the most aesthetically in common with the collaboration—is August 1993, which shows Crawford in a prim red cardigan, black pants, and high black boots. “How impactful is this?!” Fieg cheers. “Nothing is as impactful as this anymore. To me, it’s not even close. I feel like the Cindy covers are forever.” 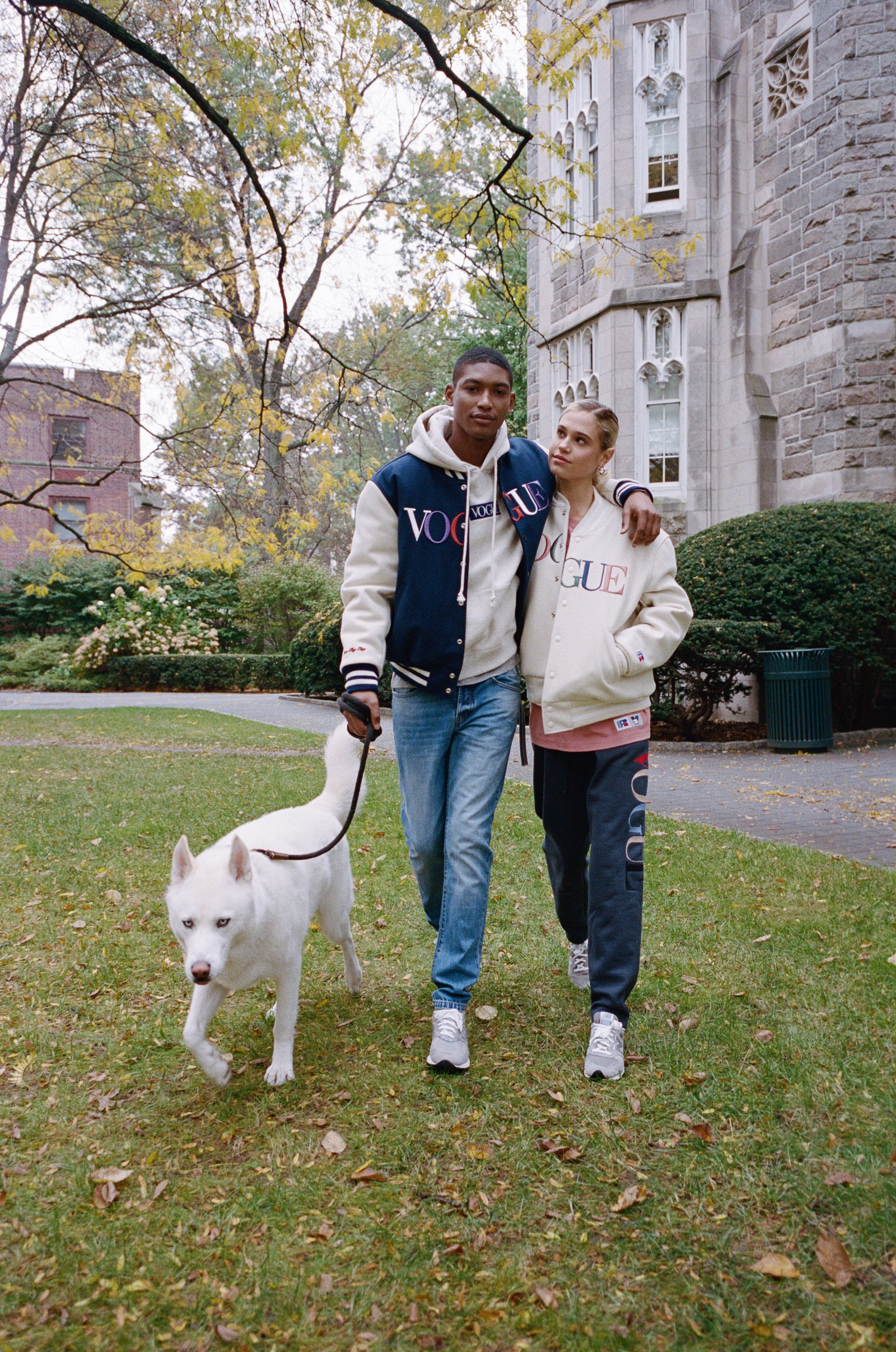 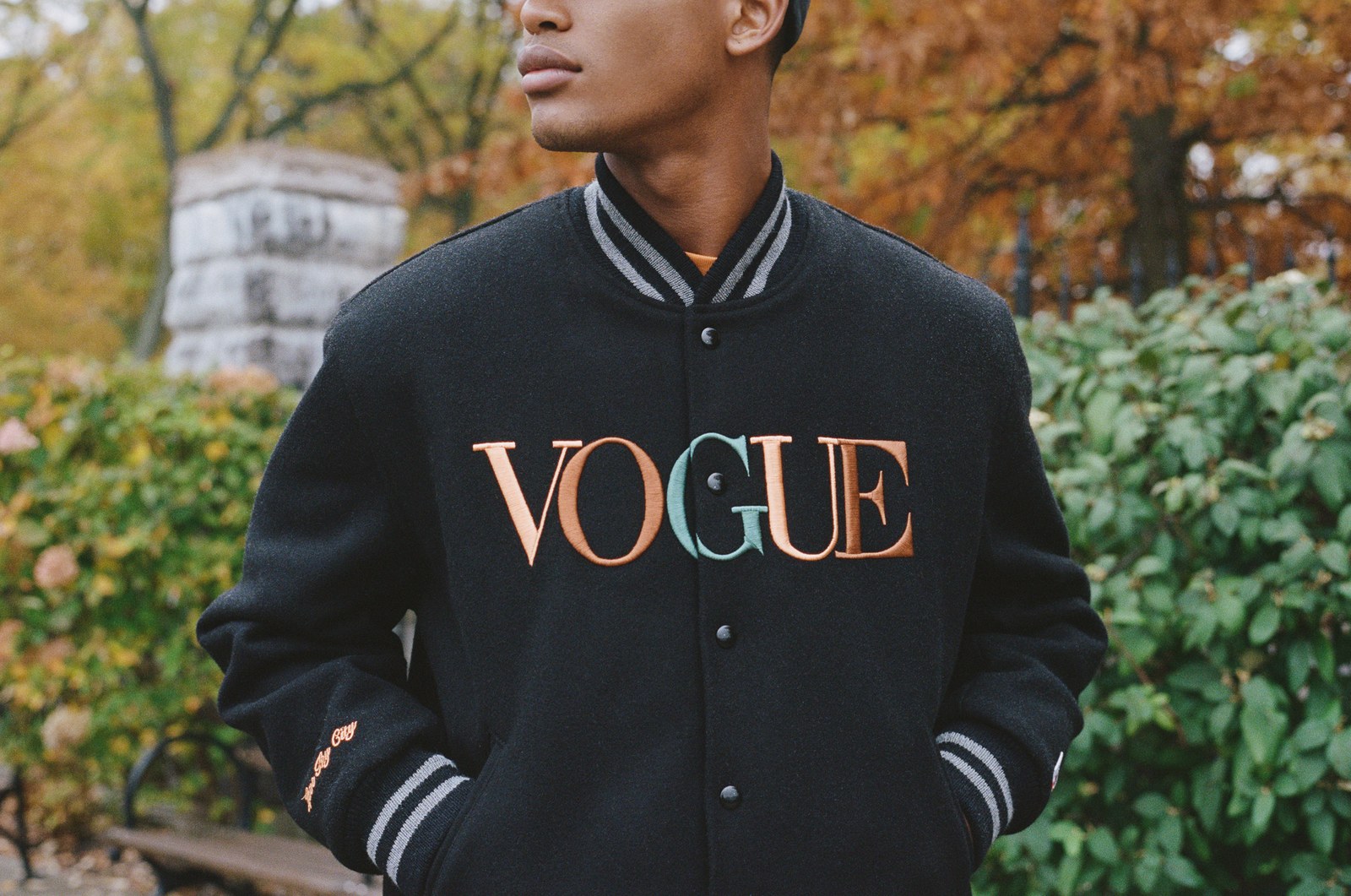 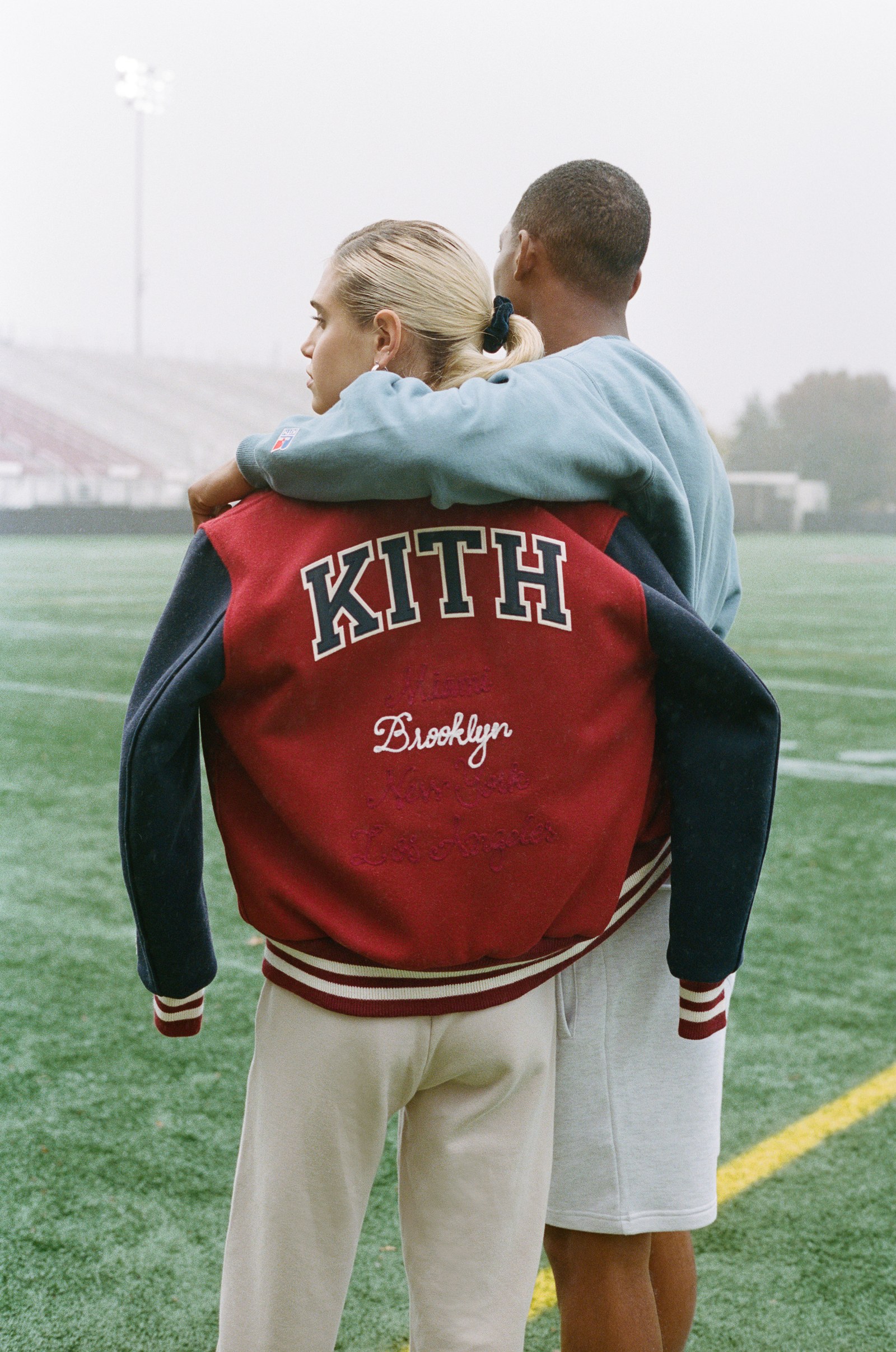 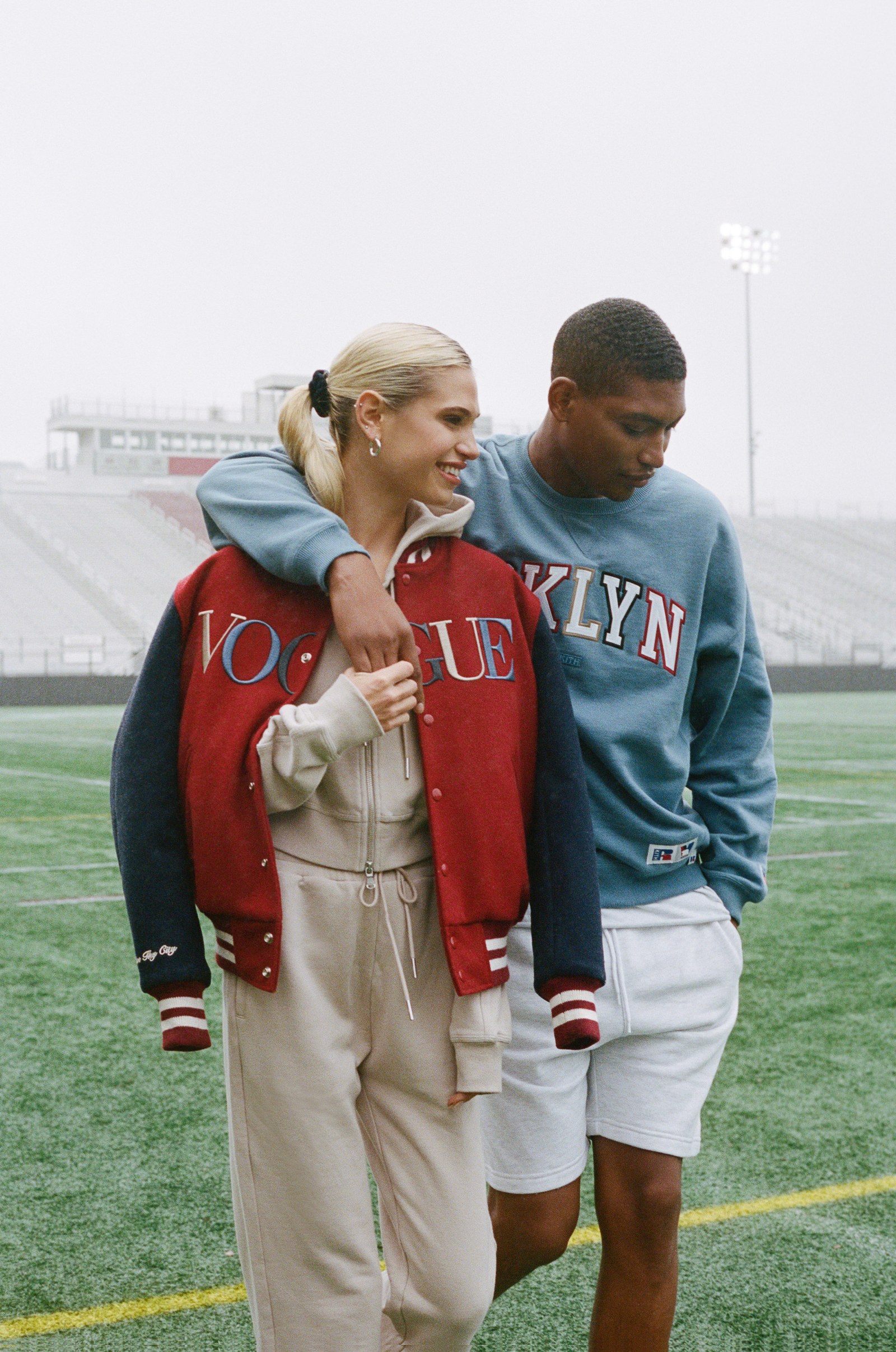 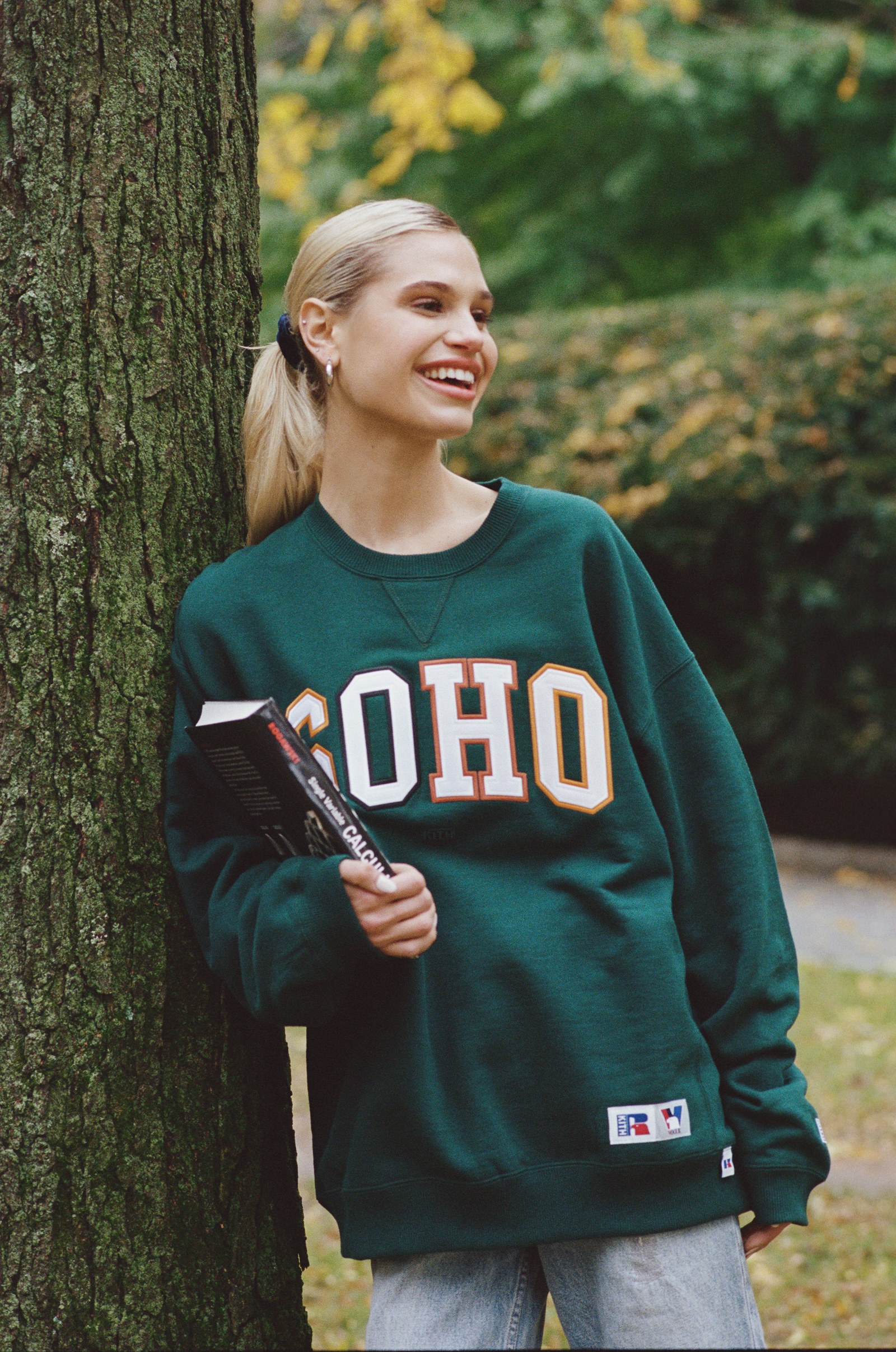