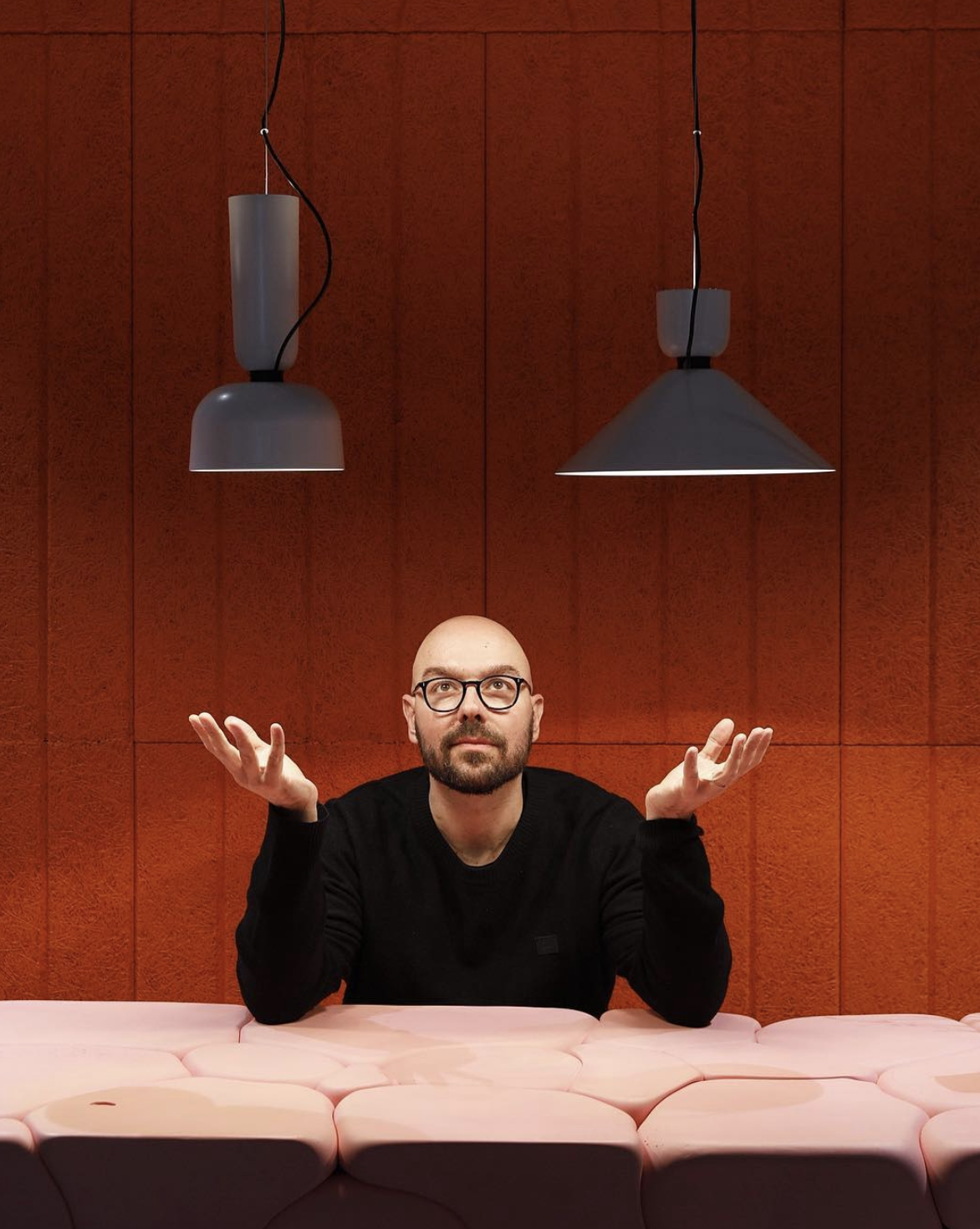 Luca Nichetto was born in 1976 in Venice. He studied at the city’s Istituto statale d’arte, before undertaking a degree in industrial design at the Università Iuav di Venezia, from which he graduated in 1998. In 1999, Nichetto began his professional career with Murano-based glass maker Salviati, later becoming a product designer and consultant for lighting company Foscarini. In 2006, he founded his eponymous practice in Venice. In 2011 he moved to Stockholm, Sweden, to open a second studio and he continues to live in and work from this city. Over the course of his career, Nichetto has served as art director for many international design brands and he has developed an in-depth knowledge of the design industry. He has lectured and led workshops at various universities, including serving as a professor of design at the Università Iuav di Venezia, as well as sitting on juries for assorted international design competitions. Nichetto’s work has been exhibited worldwide and has been the subject of retrospectives in cities such as Venice, London, Paris and Stockholm.

He has been awarded numerous international design awards for his highly researched, innovative design projects, which range across products, furniture and accessories, as well as incorporating

In 2006 Luca Nichetto founded a multidisciplinary design studio in Venice, Italy, which specialised in industrial design, product design and design consultancy. From the very beginning, this studio collaborated with a number of different brands and organisations, quickly expanding its influence far beyond Venice and Italy’s borders. Five years later, in 2011, Nichetto opened a second studio in Stockholm, Sweden. This practice was founded in response to an ever growing number of requests for collaboration from international companies, with the studio’s work also broadening out from its initial focus on designed objects. Nichetto Studio has since expanded into areas such as interior design and architecture. Today, Nichetto Studio works with a variety of brands and clients from all around the world, and its expertise is sought out across all design disciplines. A deep passion for, and knowledge of, industrial and craft manufacturing processes runs through every aspect of the studio’s work. Nichetto Studio’s projects abound in carefully selected cultural references and a keen attention to detail. The practice’s unique position within both Scandinavian and Italian design culture has given Nichetto Studio worldwide recognition. Appreciation of its work extends far beyond the confines of the design industry.

When did you know you wanted to be a designer?  I was born and raised in Murano and coincidentally teachers said that I was very good at drawing: translating a drawing into an object was very natural to me. For obvious reasons, I started in the glass section. We were organizing tours around Murano to sell designs and earn money, not to develop my skills as a designer. When I finished high school, I had to decide what to do next. At that time a new course in industrial design was starting at the faculty of Venice; when I read the program I realized that I might enjoy it and therefore I tried. During the summer I met Simono Mouhl – the art director of Salviati – who allowed me to draw for them (I was in my last year of studies). To get paid I had to start working as a freelancer, and later I ended up doing this job.

What is your main source of inspiration? I don’t have one single source of inspiration, I have many: reading a book, watching a movie, going to the theater, listening to a song, watching people on the streets and observing their behavior. I always associated the idea of creativity to a hard disk with instinctive texts and images; then by magic, all the information organizes towards an idea when you are working a project. A project or an installation is not related to a particular way of doing things; instead is a way of associate different information and make them functional for the project.

What architectural goal does challenge you the most right now? There are lots of challenges – it is almost like playing Risiko. I feel like the job of the designer is having a massive change right now, but I don’t know in which way: so I try to move in different directions and, most of all, I try to work with brands different from the ones belonging to the classical furniture and lighting field – as we are living in a society with a leveling down of quality. (Not only in design but also in general, you have to go towards quality to survive; not only in the project but also by collaborating with high-level artisans. The designer has a very important social task: he responds to the needs of today’s and tomorrow’s social life.) Today the perception of quality is what suffers the most: there are kids living in big cities who don’t even know anymore what an apple is – they believe apples come from supermarkets. The same thing happens for many other products (for example knitwear and leather). They don’t understand how things are made: the crafts that are the basis of design are going extinct. In Italy, designers can still experiment with affordable products with tradition.

Digital technology and architecture: what innovation are ready to emerge? Here is an example: with augmented reality you can experience a virtual perception of how to live that space before it is even used. There are many advantages for the designer: once you could only imagine a result, but you couldn’t anticipate it. Today new technologies allow us to visualize it. Sometimes technology is used positively, other times it is used as formal exercises – every tool needs to be learned and managed for a purpose.

Sustainable architecture: what is the secret to perfectly combine aestethics, functionality and sustainability? Sustainability has to be considered in detail. For example ‘Bosco Verticale’ in Milan is a green example, full of plants; the intent is positive, but the maintenance costs are so elevated that in terms of energy waste I’m not quite sure it is indeed eco-friendly. Architecture has to be green about materials too: the field of construction materials has made great improvements. Instead of sustainability, I like to talk about longevity and maintenance costs. Verona’s Arena is one of the most sustainable buildings ever built: made out of bricks, it has been used for more than 2000 years – which is a lot! This means it is more sustainable than an apartment building made of prefabricated wood that gets demolished after fifteen years.

What is, according to you, the most emergent trend for the coming decade? There is a trend in architecture: facades are more important than spaces, more than light entering the space, more than how space is lived. Archistars compete on facades; the silver lining is that it allows to improve pre-existing and maybe deteriorated buildings and urban areas. Certainly, constructors rule high-end architecture more than architects do: since they live with massive profits, they tend to build quickly by standardizing processes and cutting costs where is possible. This leaves the facade as the main customizable and visible part of the building: indeed, this predominant social-economic aspect draws architects’ attention.

Your studio is based in Venice and Stockholm. Does these two cities influence their work? I opened a second studio in Stockholm because of my wife (since she couldn’t bear life in Italy anymore). I was very influenced by the Swedish design approach which is more functional and rational than the Italian one, related to aesthetic and renaissance. I took inspiration from influences that I didn’t consider at first. The opportunity to work in Scandinavia helped me understand how to organize and plan work differently. Later it made me understand I am not suited to work this way all the time – the Italian in me comes up sometimes! Here in Sweden planning is important and if a problem occurs, you stop. In Italy planning doesn’t exist: you have the kick-off and the end is in the middle: it’s a jungle. Is this what makes someone flexible? 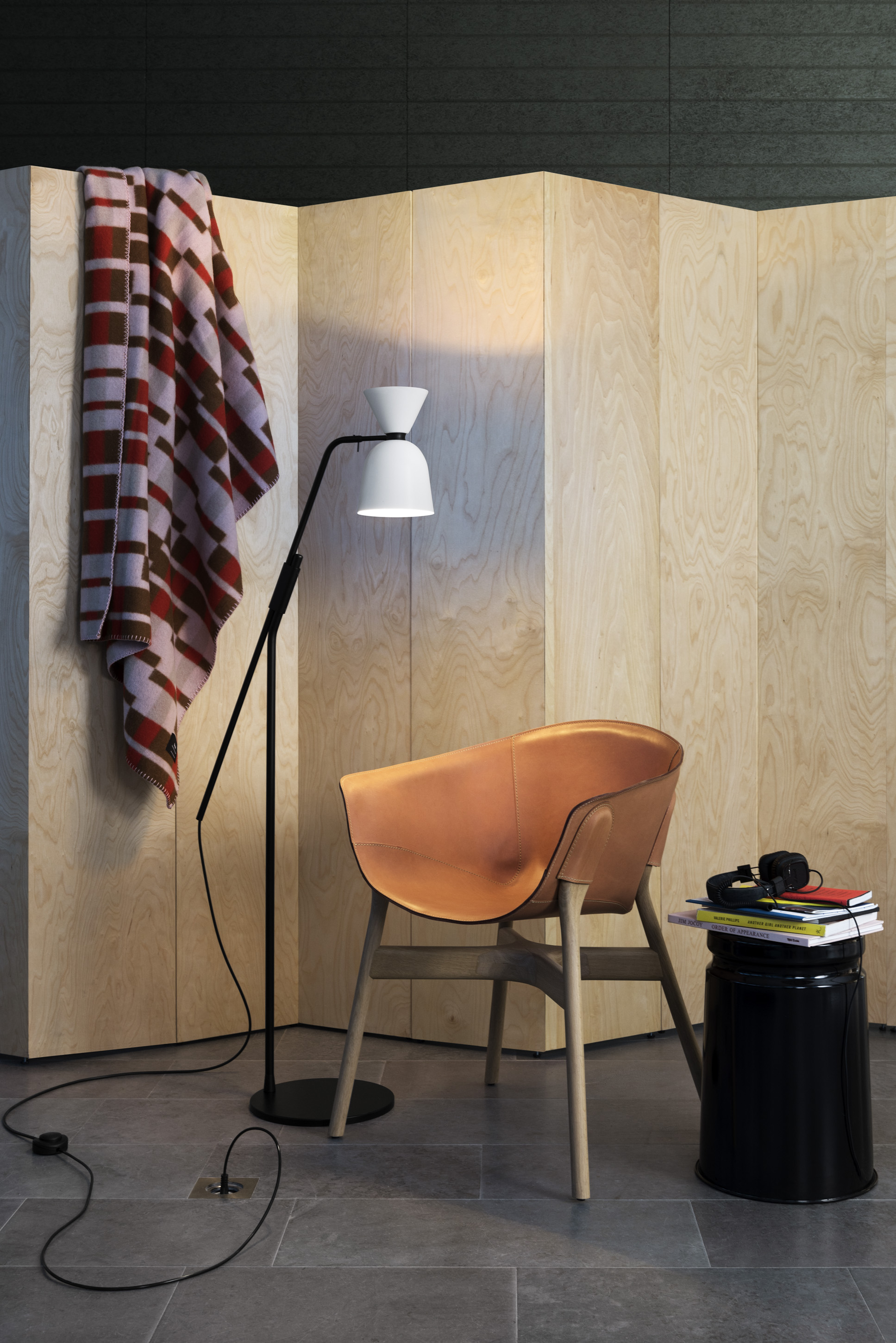 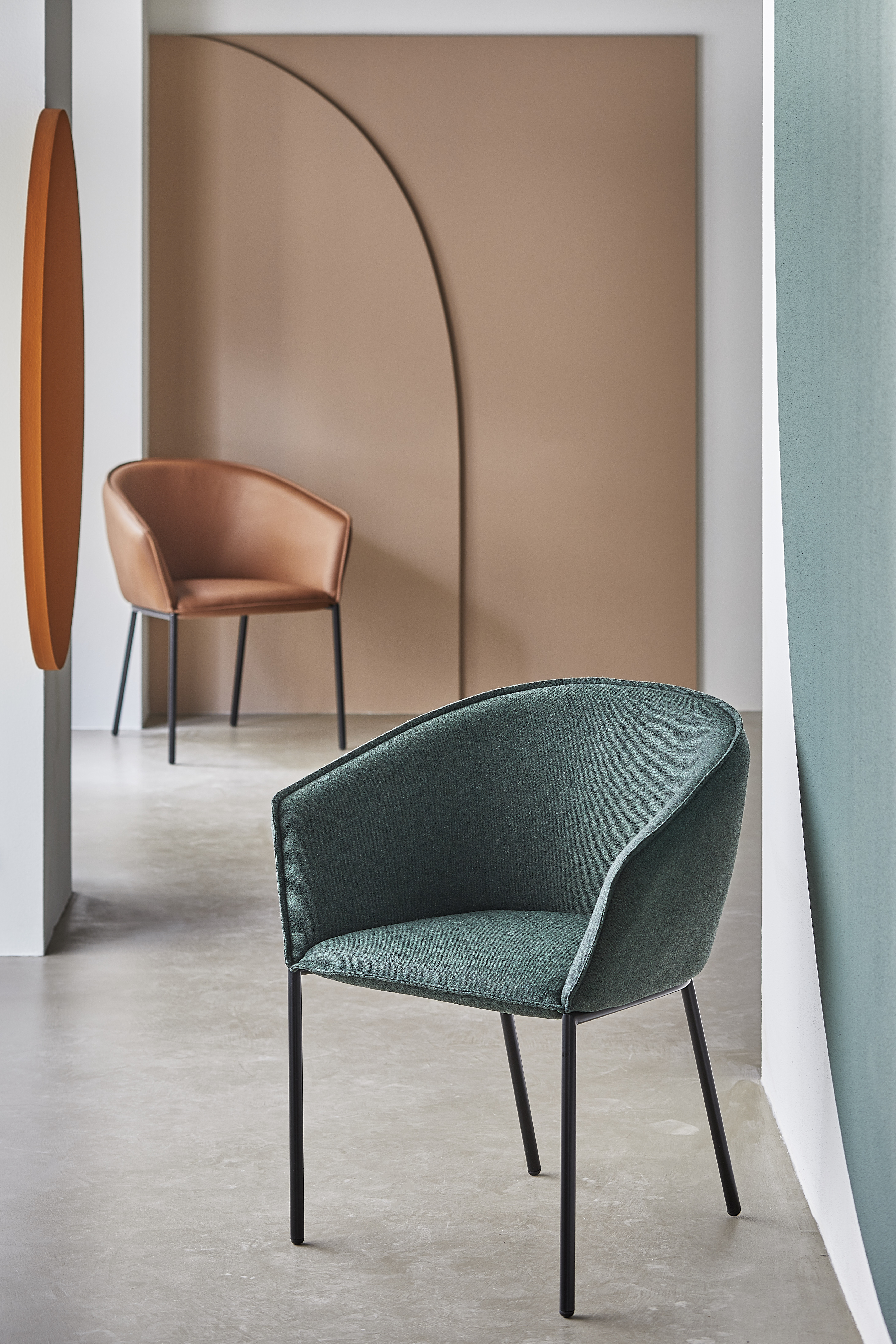 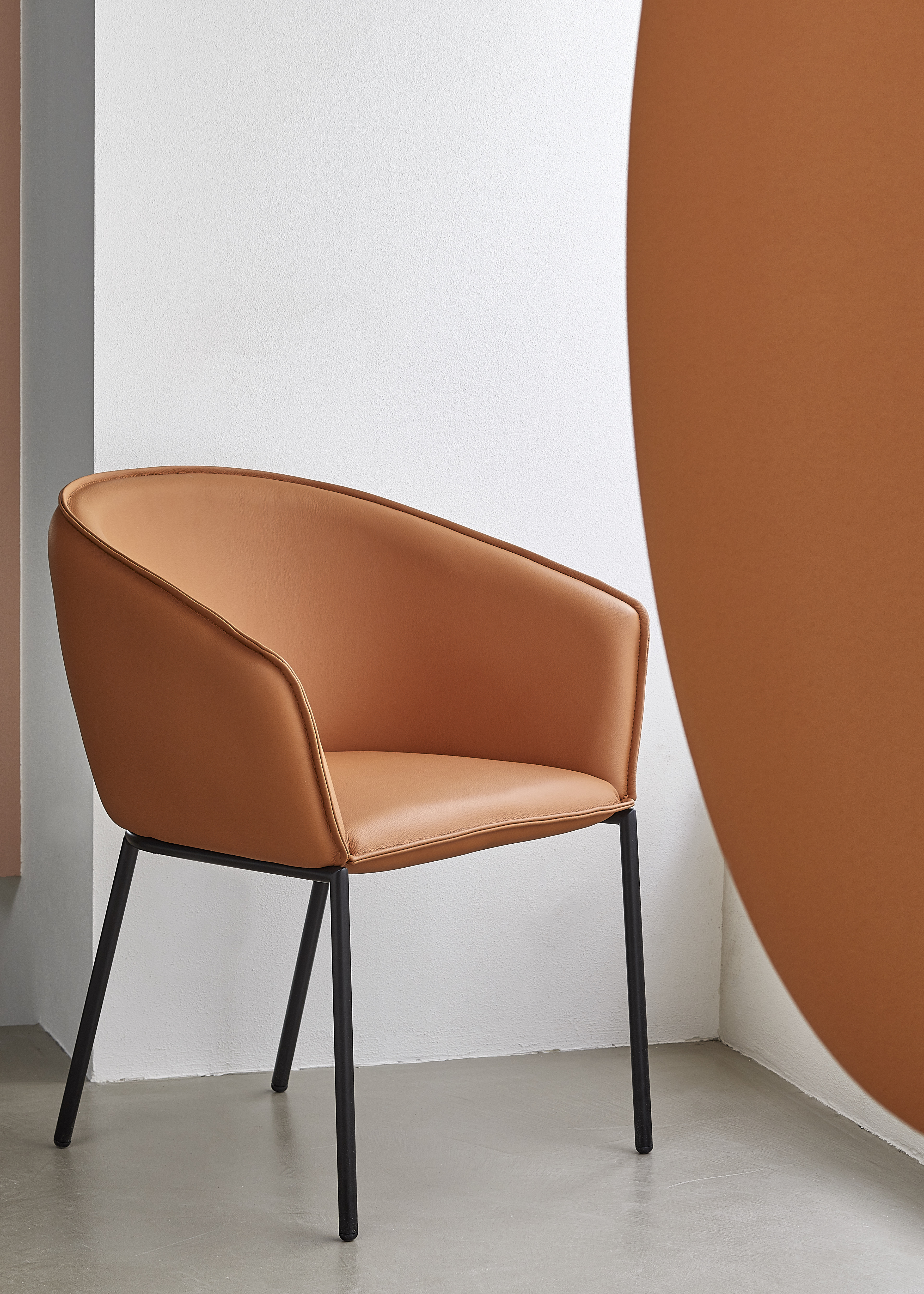 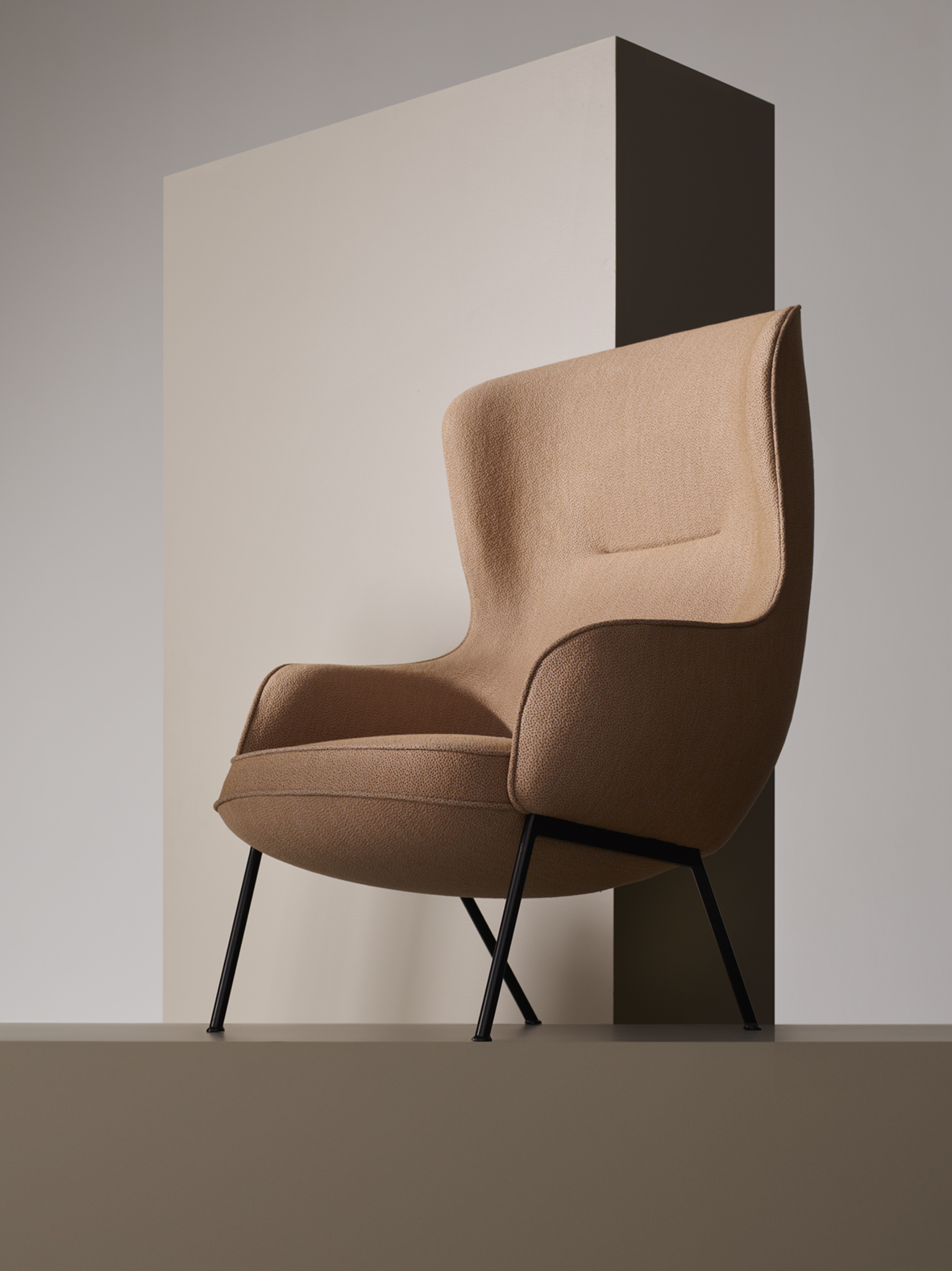 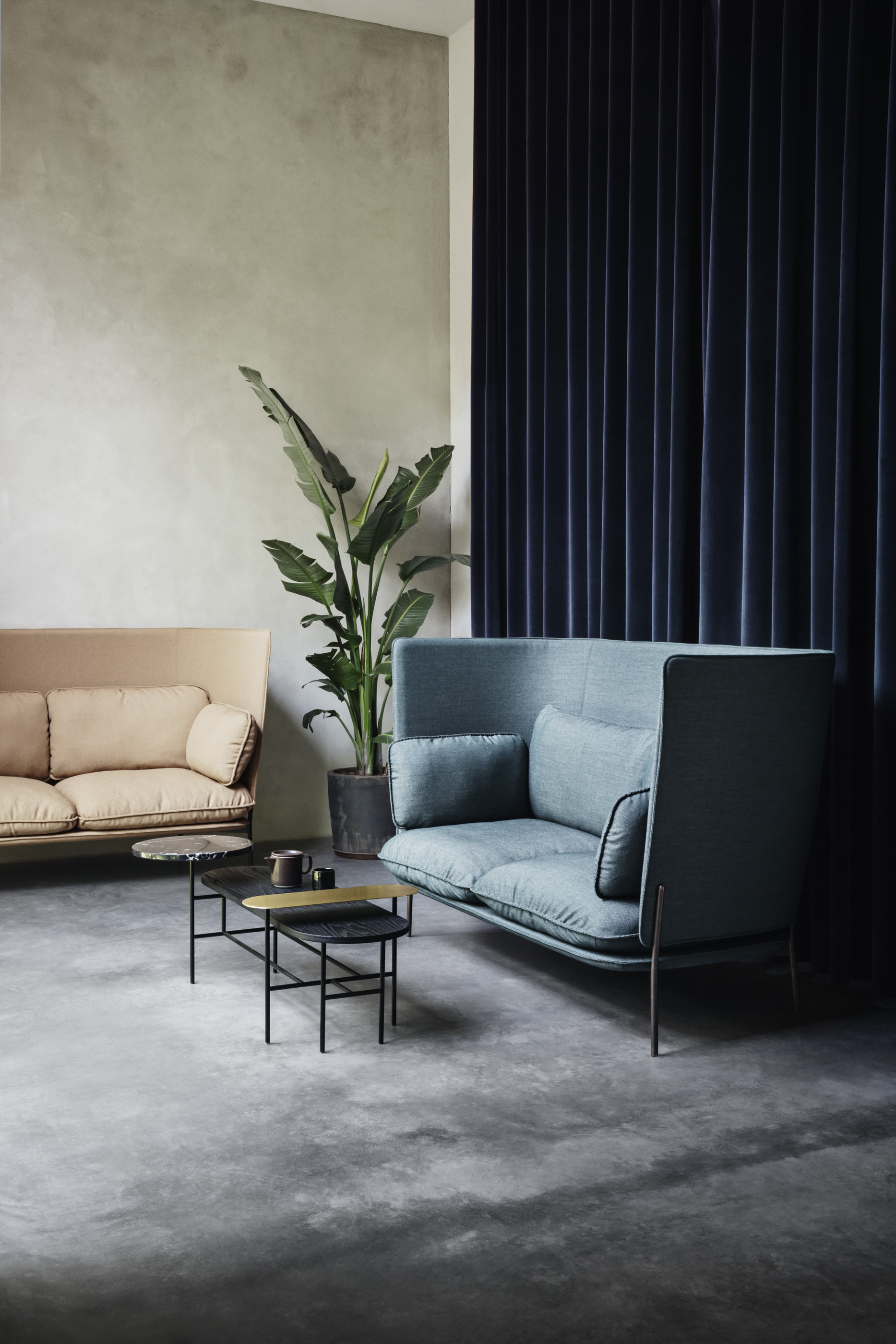 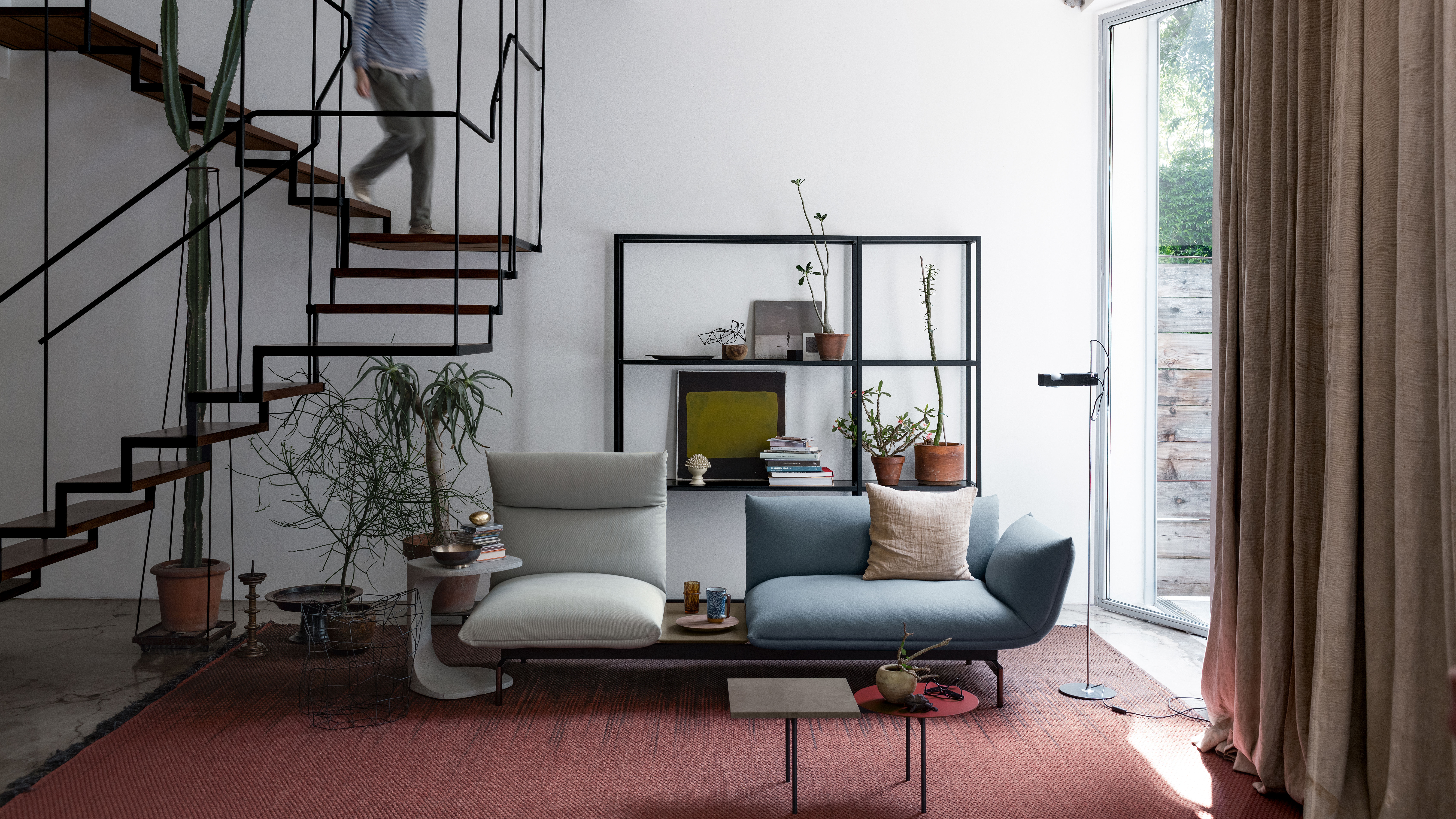 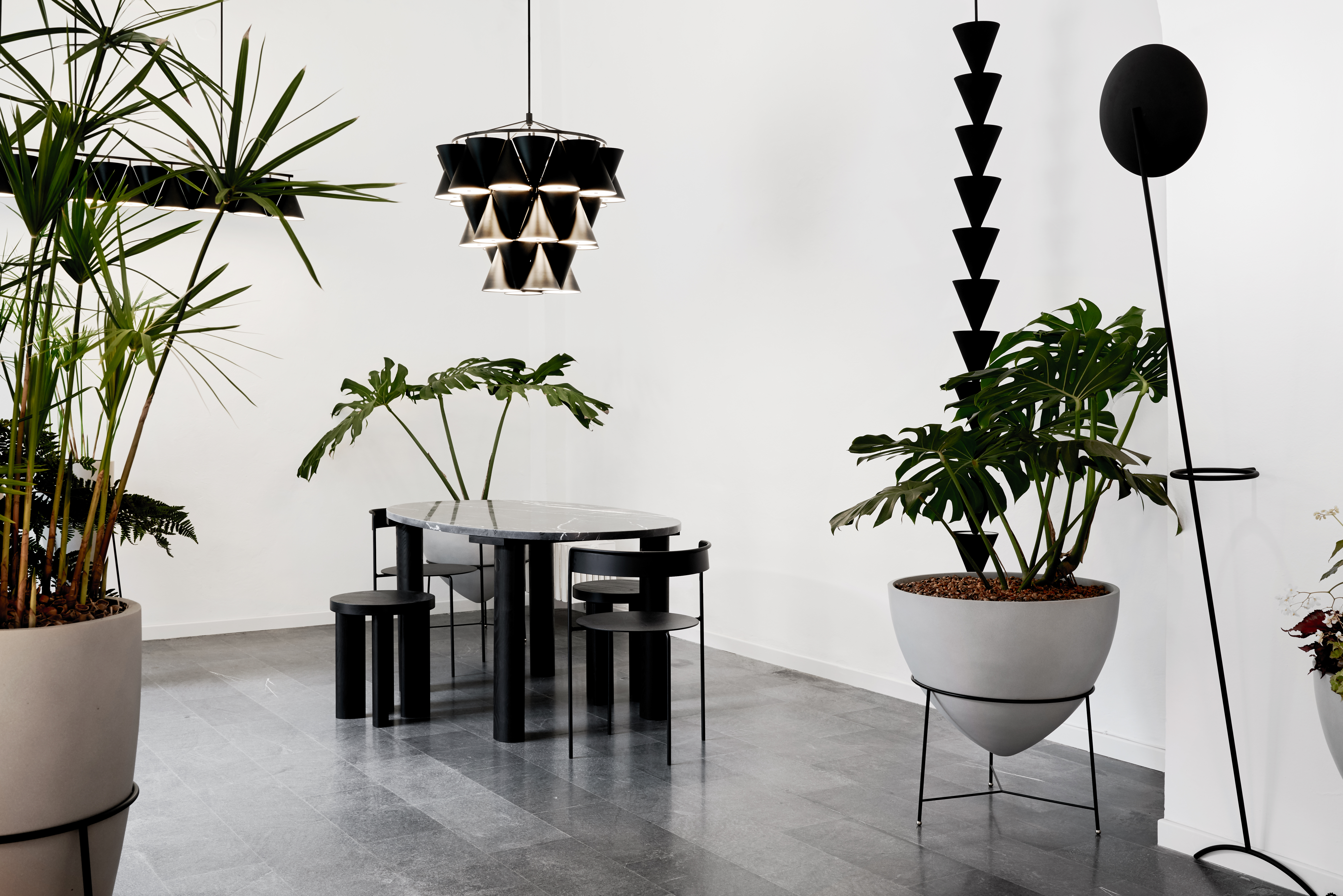 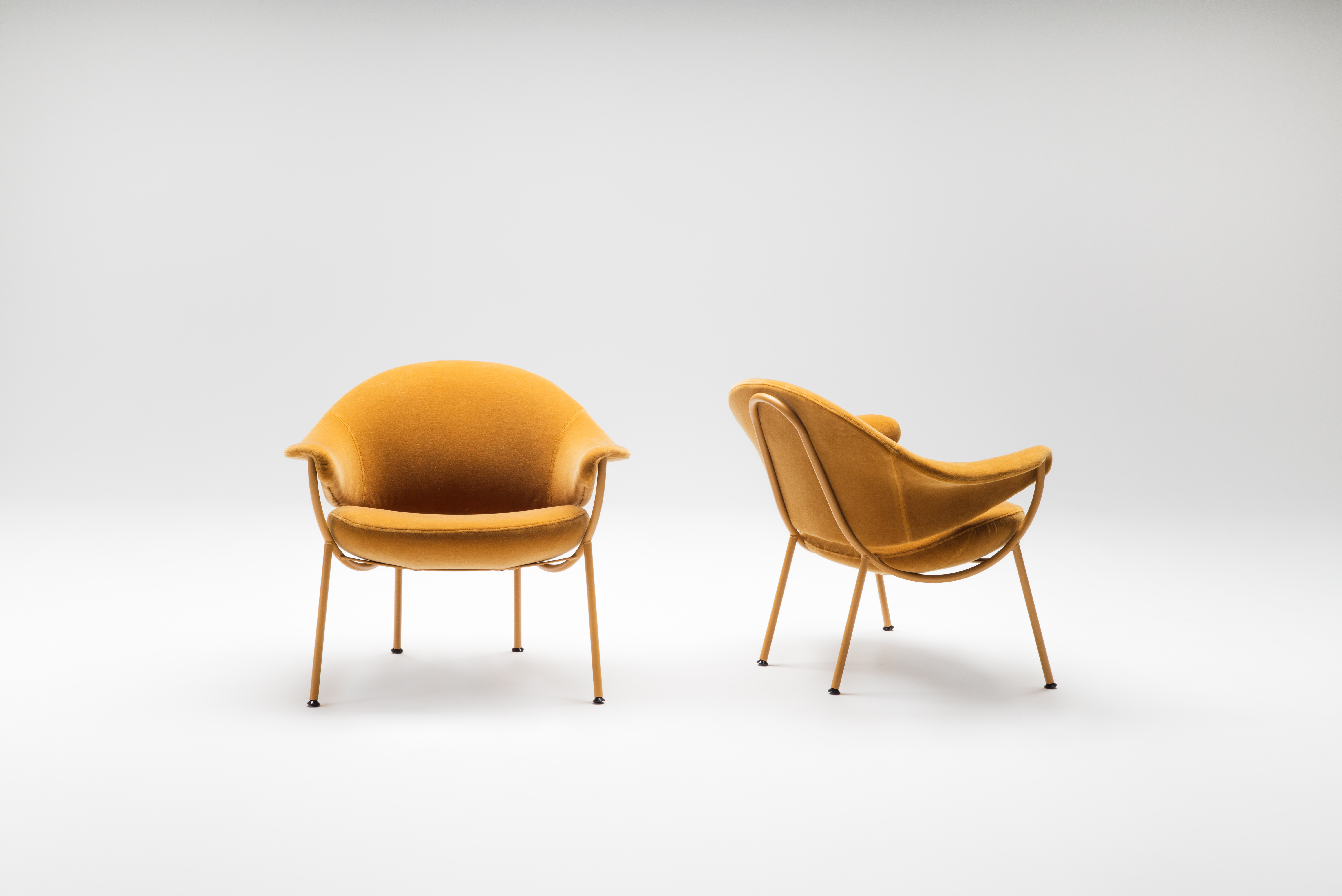 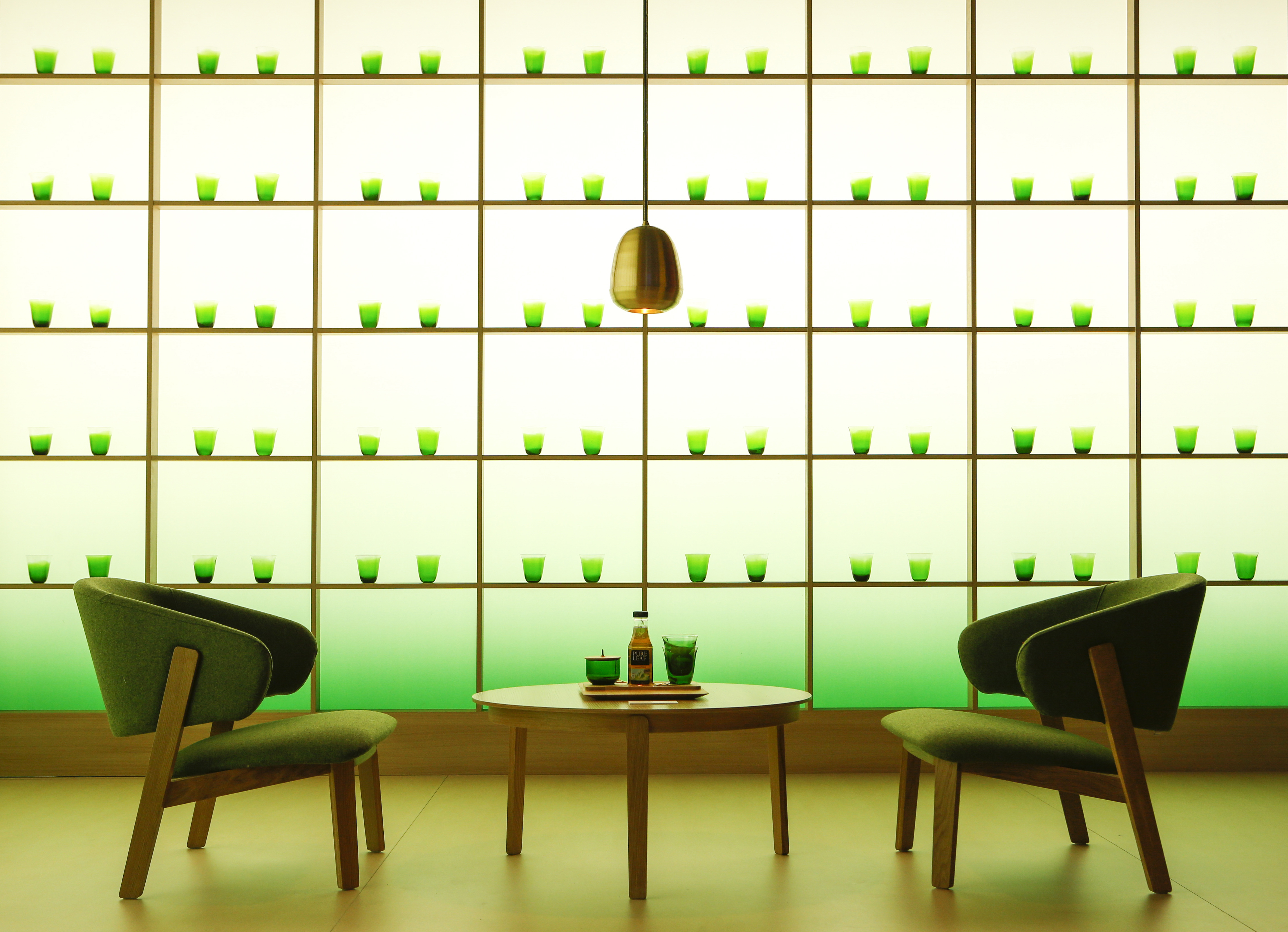 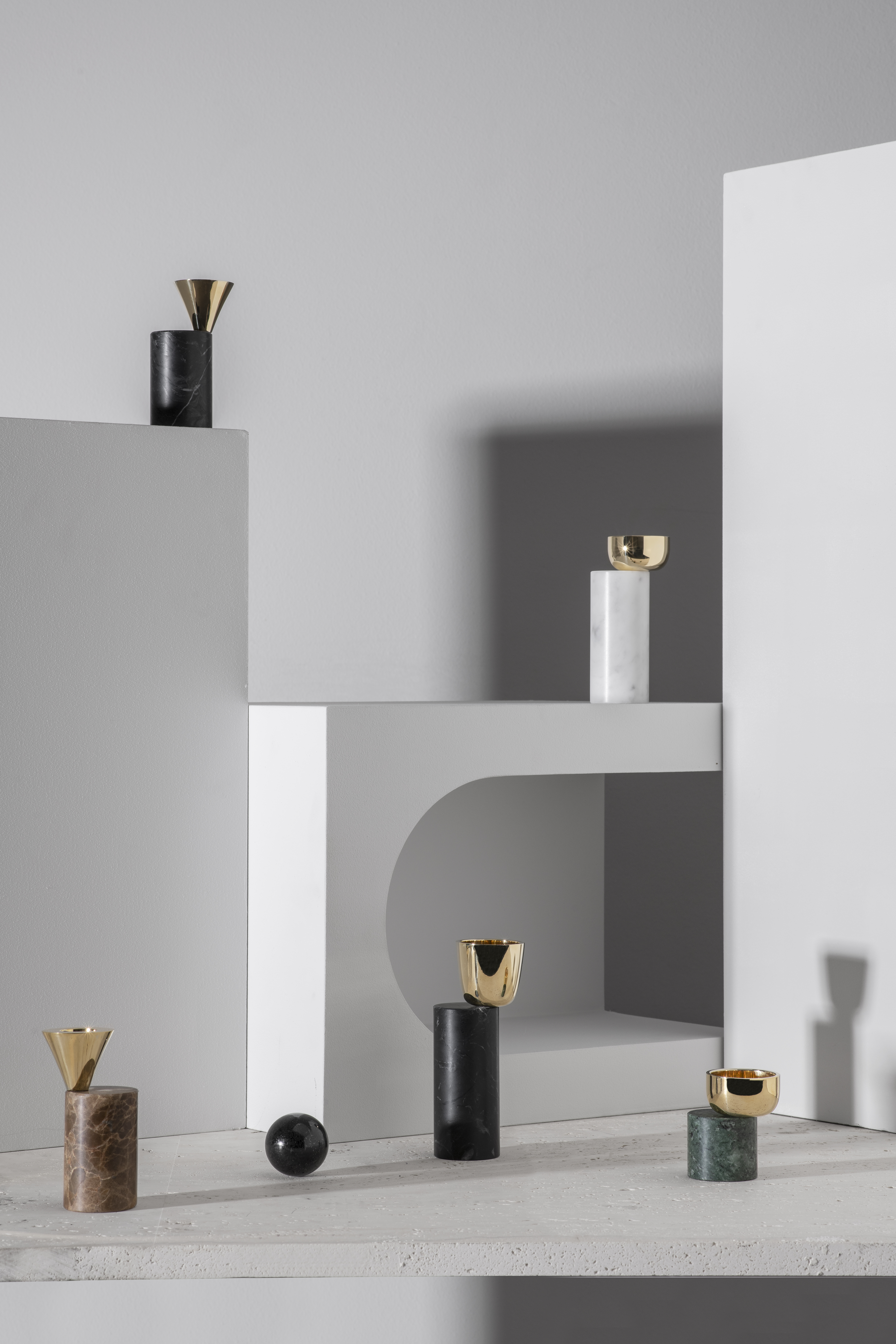