Spanish street artist okuda san miguel has revitalized a dilapidated house in arkansas with his signature-style of colorful geometrics. transforming a formerly untended area of fort smith he has created ‘the rainbow embassy’ for global creative house justkids.

The project is part of ‘unexpected’, an effort to revitalize dilapidated areas in arkansas through a series of immersive arts initiatives by providing new spaces for wonder, vibrancy and play. okuda has painted a neglected house in the area using multi-colored geometric shapes, lines and animal motifs. justkids was appointed by 64.6 downtown for its fifth year in a row to enrich the cityscape and community of the town. it in turn invited famed multidisciplinary artist okuda to join the unexpected project for the second time and give new life to a previously neglected architectonic structure sitting adjacent to the darby junior high school at the intersection of north 14th street and north g street. 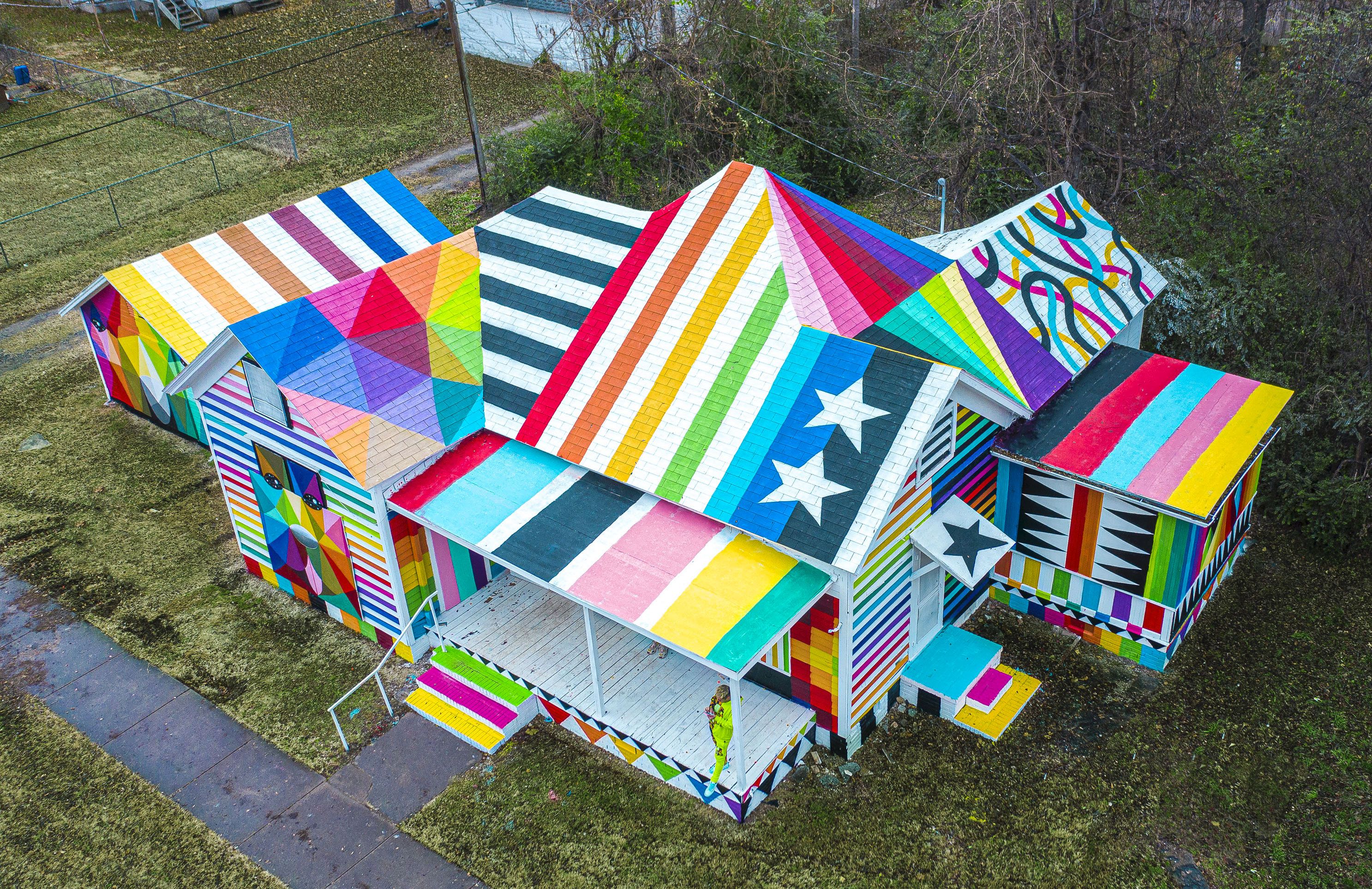 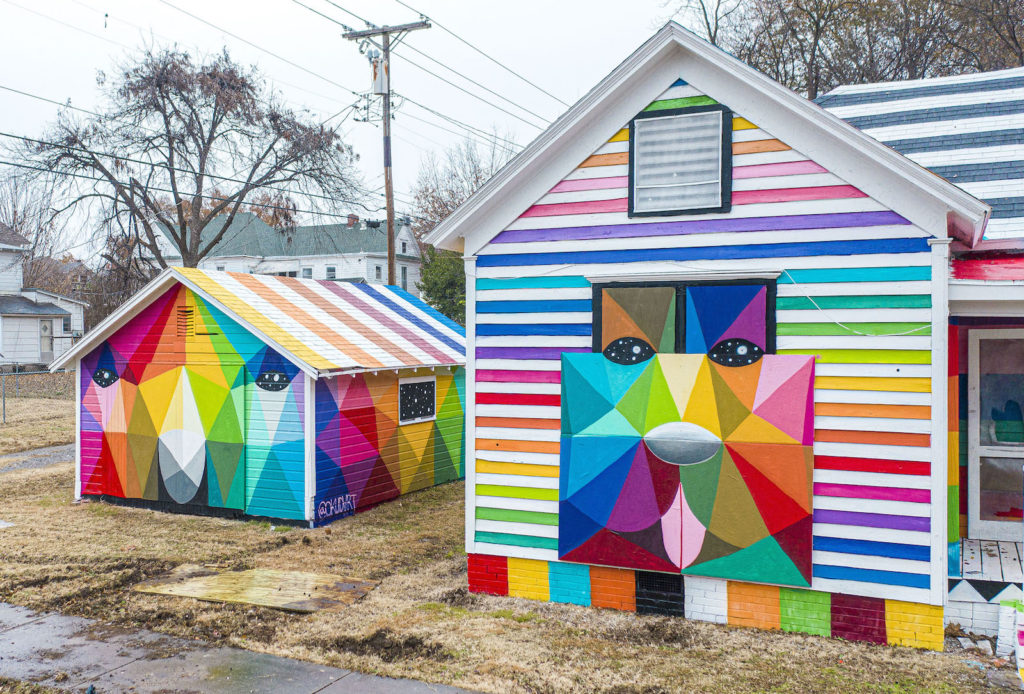 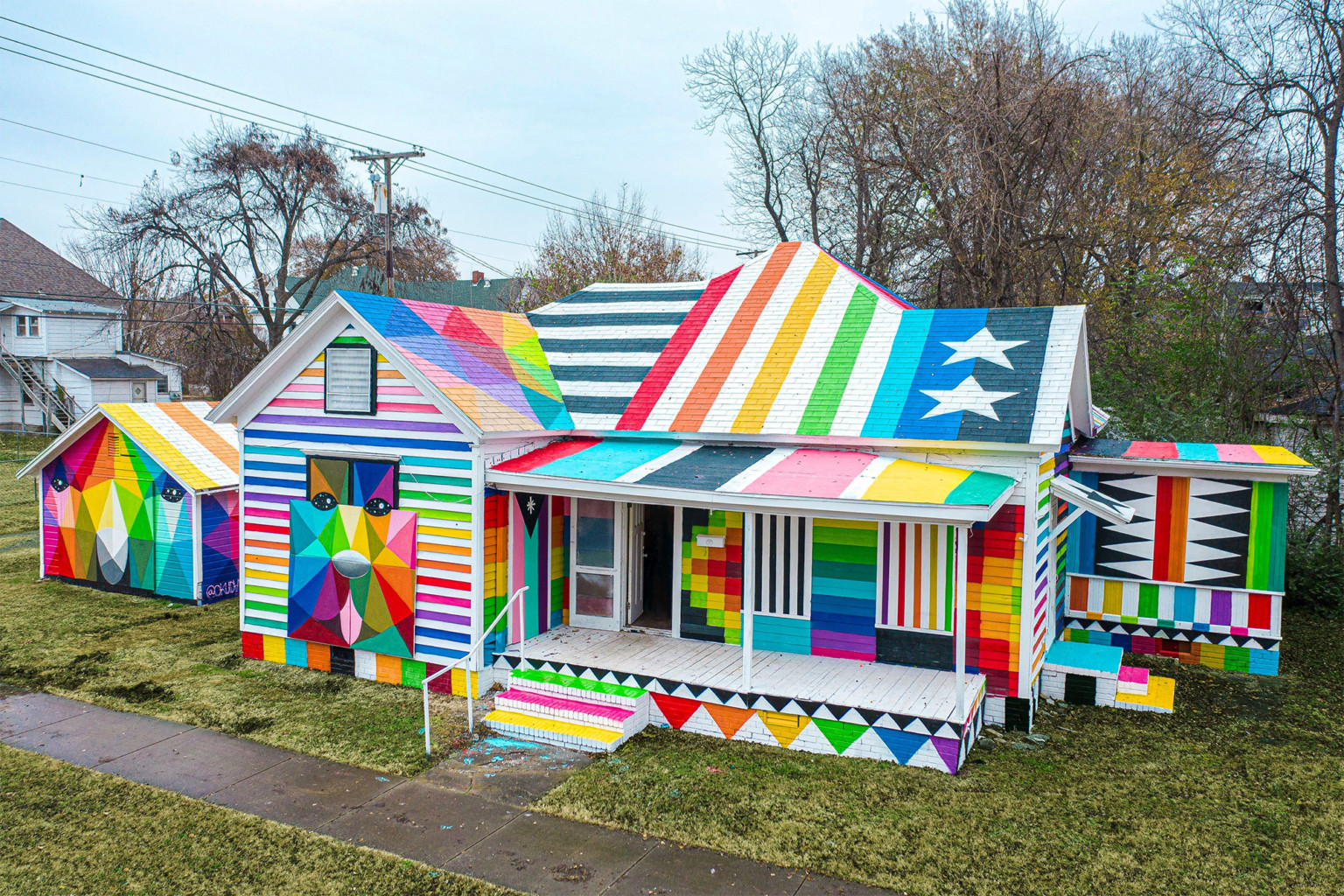 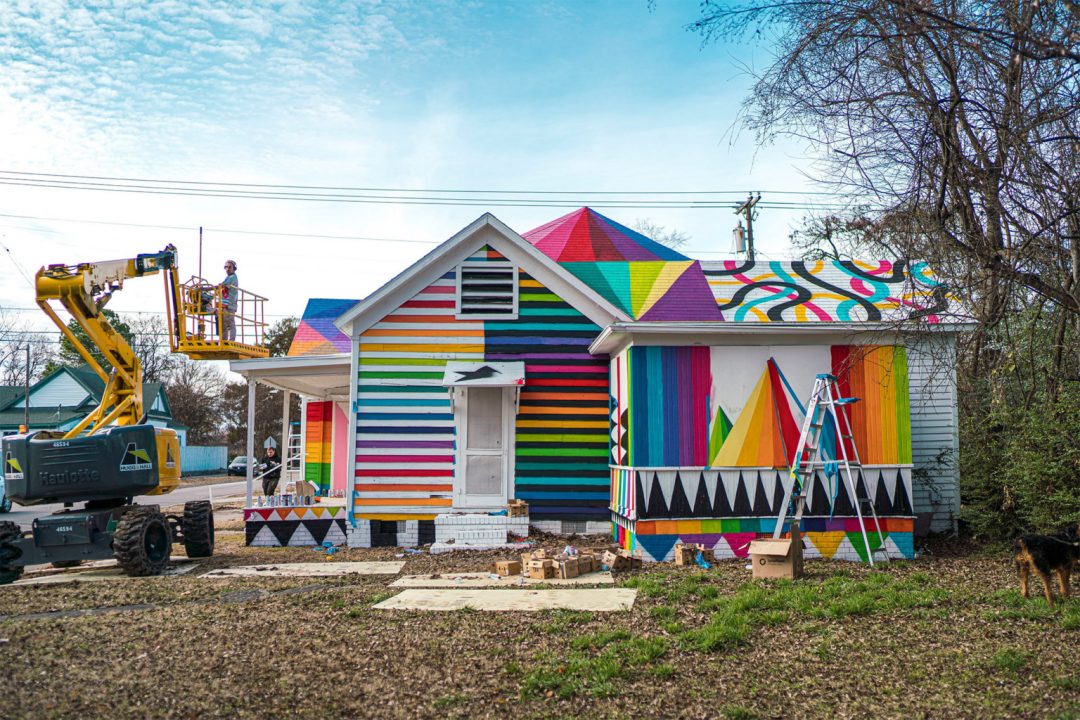