Following in the footsteps of Ai Weiwei, Enric MIralles and Ryue Nishizawa, Dutch designer Sabine Marcelis is the latest in a short line of artists with permission to temporarily alter the Mies van der Rohe Pavilion in Barcelona. Her exhibition, presented with Side Gallery and titled No Fear of Glass, includes five new works installed at the iconic architectural structure, and is a beautiful update on Mies’ intention for the space as ‘an ideal zone of tranquillity.’ The Barcelona Pavilion embodies the spirit of 20th-century modern architecture and was first built in 1929. Intended as a reception space for the Barcelona International Exhibition, it was designed to be mostly bare: architecture that was a conduit for the views beyond, a continuous space; blurring inside and outside, containing only the famous (specifically designed) Barcelona chairs and a single sculpture. Since its reconstruction in the 1980s has been a place of pilgrimage for architects from all over the globe. An intimidating commission, perhaps, Marcelis is an apt choice to take it on. As a starting point, she takes the request made to Ludwig Mies van der Rohe to ‘not use too much glass’ in his construction, and makes the material central to her new pieces. She tests it and pushes it to its limits just as Mies van der Rohe and Lilly Reich did with the other materials in their palette nearly a century ago to test their design ideals. 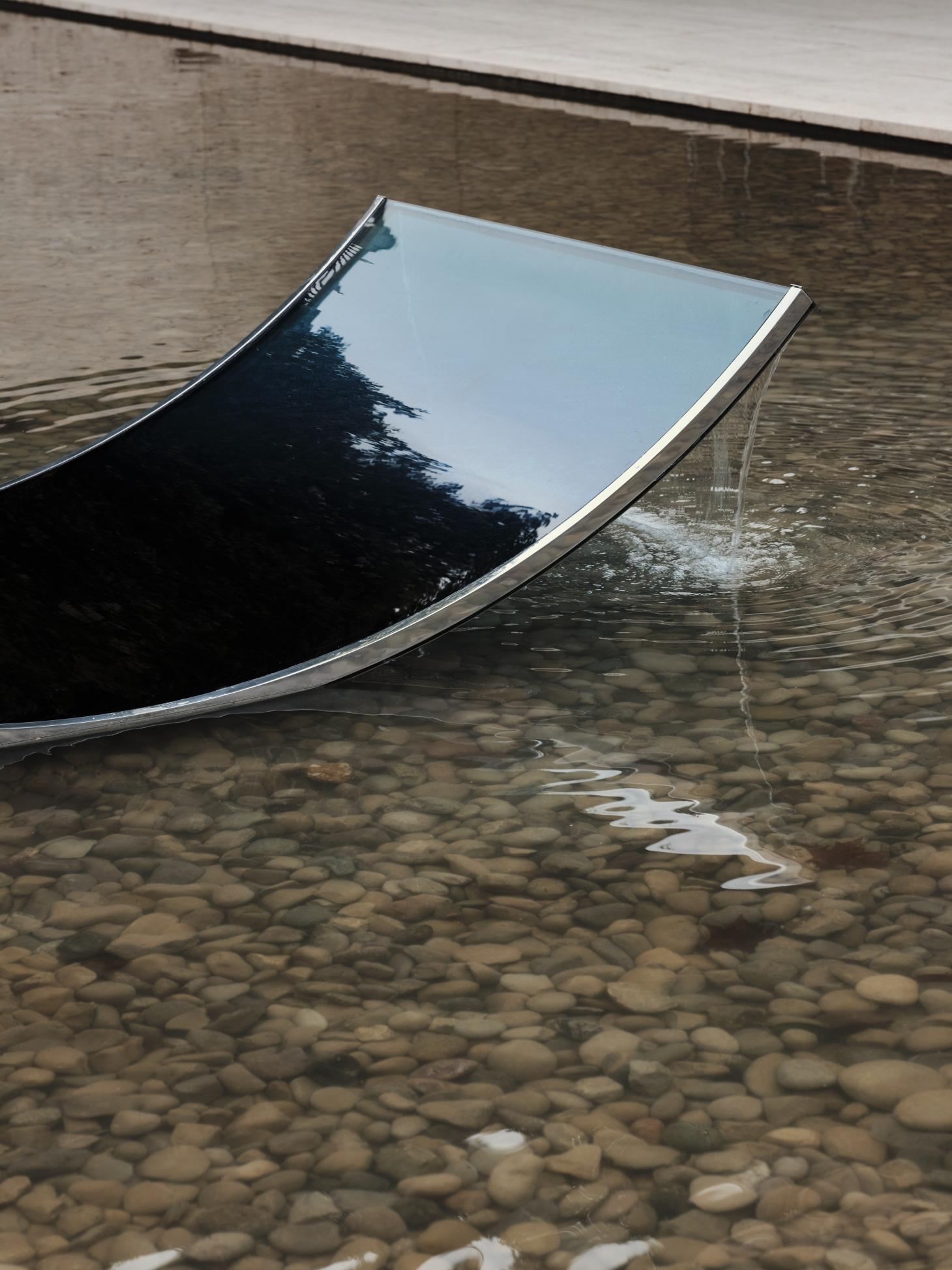 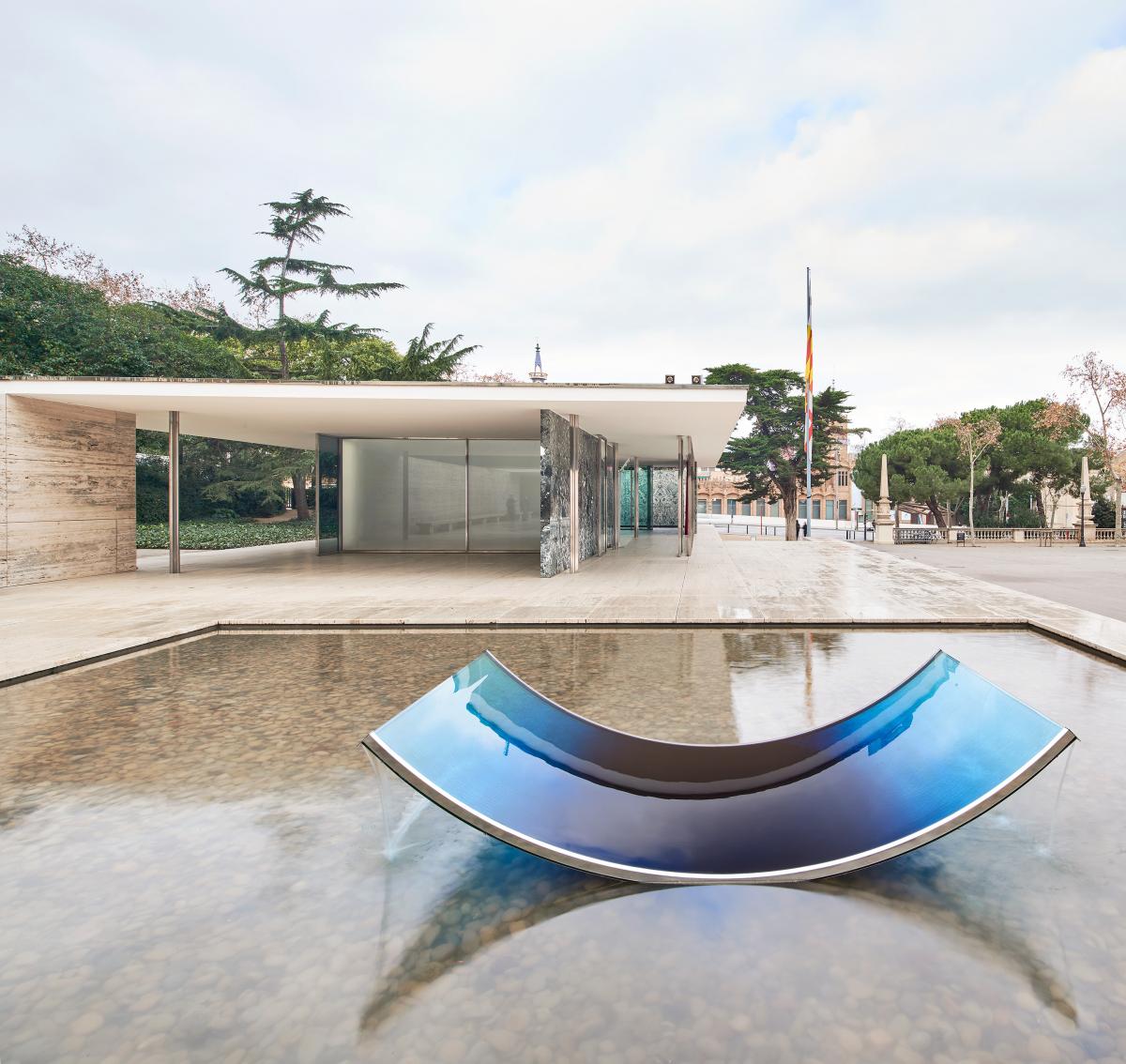 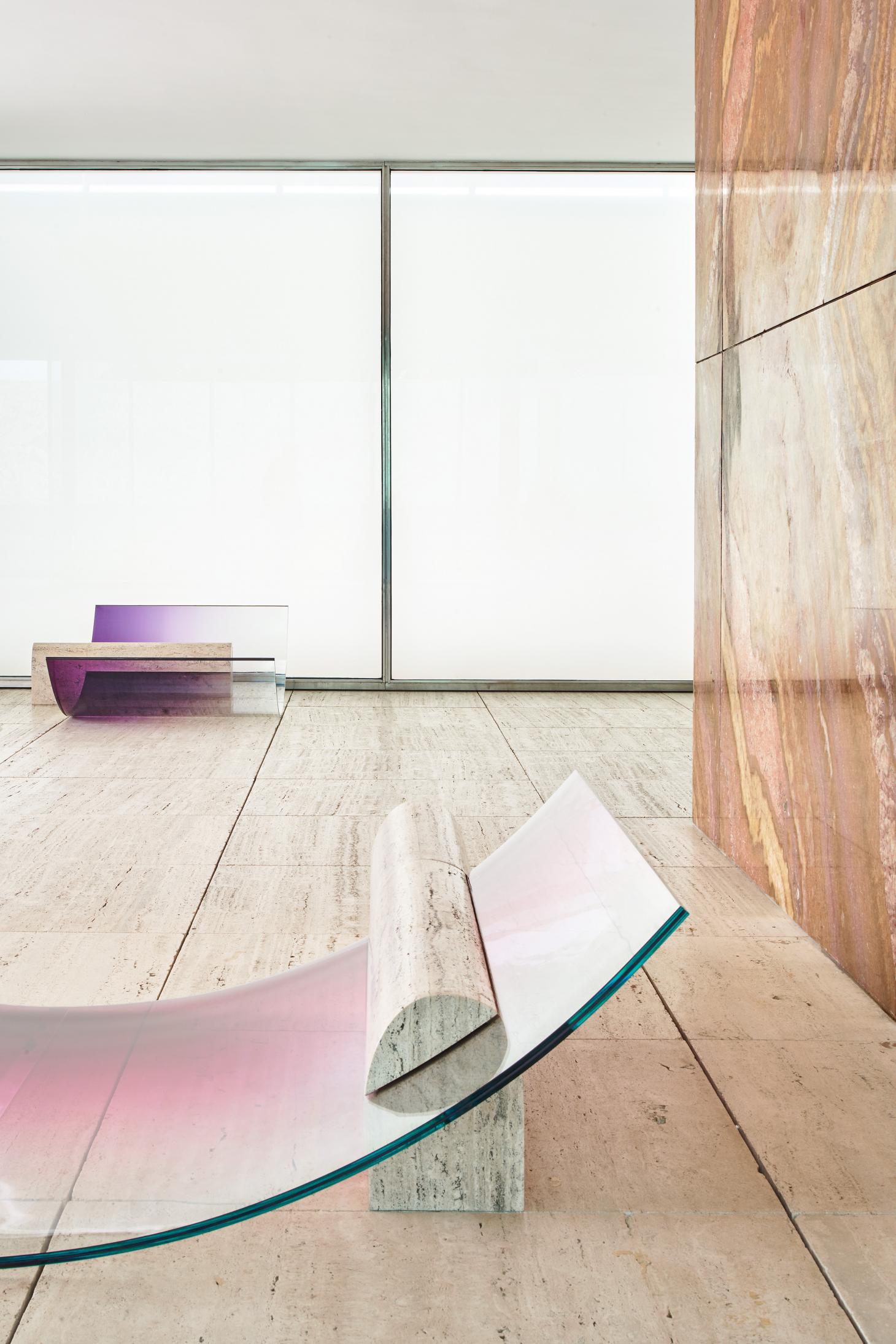 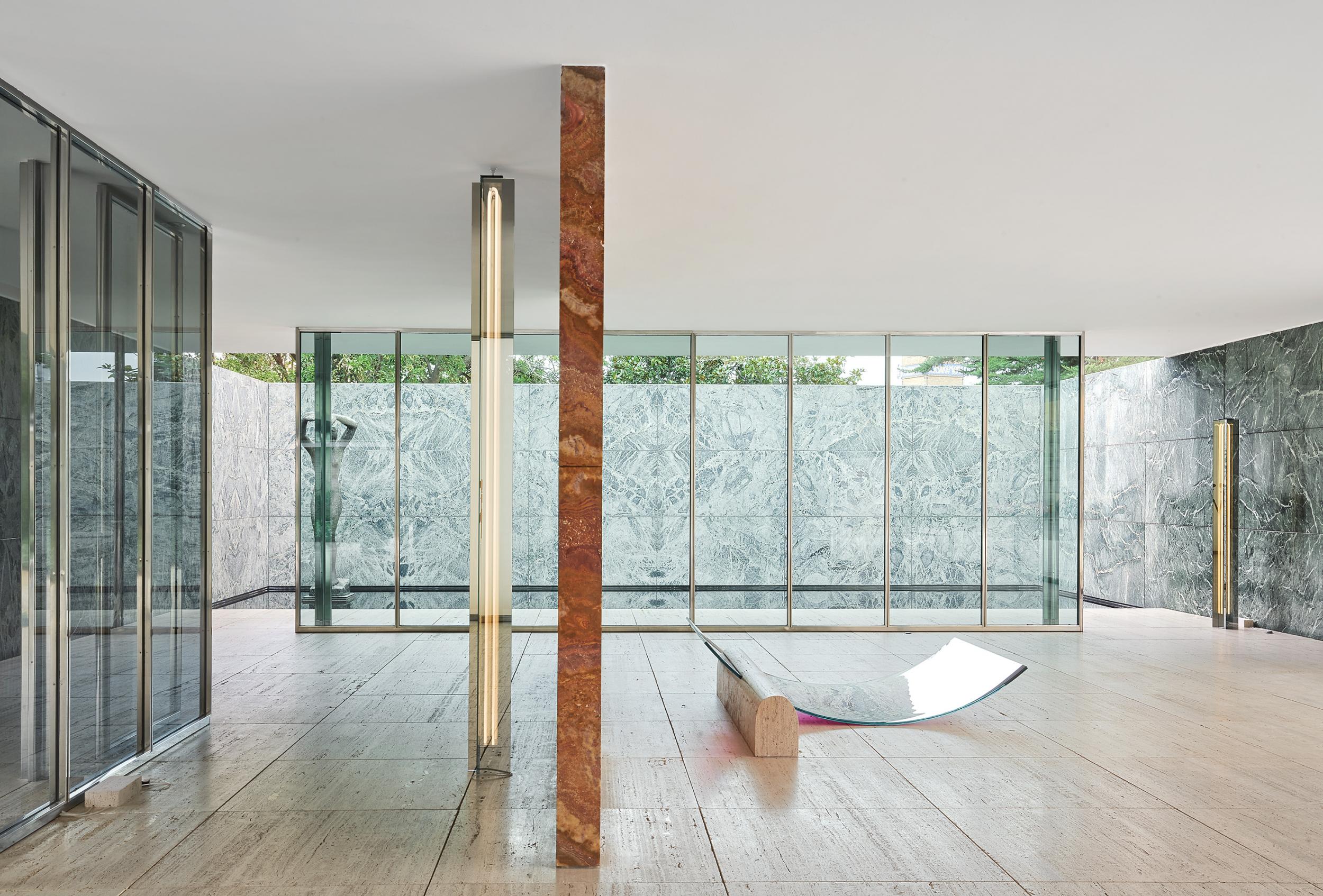