In the city that never sleeps, finding stillness as a New Yorker is a rarity—but on the ferry between Manhattan and Staten Island in the United States, passengers can take 25 minutes for themselves as they journey from one side to the other. Photographer Collin Hughes documents the habits of the diverse individuals that board these ferries, in his series ‘Home For Now’. “Life in the city is fast and relentless, but on the ferry all is still,” explains Hughes, “save for the sea air and the sights that have greeted immigrants and tourists for almost a century: the Statue of Liberty and the skyscrapers winking across the bay.” ‘Home For Now’ is a visual series rich in color and detail, that captures the moments we create when we’re quite literally out to sea. “‘Home For Now’ started as a way for me to connect to my childhood, whereby growing up in an isolated community by a lake in Minnesota, being on the water returns me to a calming sense of solitude rarely found in the city.” Hughes has taken the ferry many times, observing the sleepers, the readers, the eaters, the watchers, and the contemplators: “Each out of their comfort zone and searching for a glimpse of magic in the mundane.” Amidst the colorful retro architecture of the ferries, (the orange boosts the boats’ visibility in heavy fog and snow), the lives of each subject are portrayed with careful consideration. What lies ahead for the day of each passenger? What are they thinking, and how do they feel? These questions remain unanswered, yet for Hughes, they are besides the point. In an age where the political discourse is centered around the protection of civil rights, the Staten Island Ferry ride is a small but powerful reminder that despite our differences, we can share spaces harmoniously, and with respect for one another. “Whether you’re climbing aboard for your daily commute or to soak up a little history, the ferry’s transient nature encourages rest and reflection,” he says. Regardless of the reasons that bring each passenger aboard, “they’re all one for those 25 minutes—slowly traveling across the water into a future that’s increasingly hard to see.” 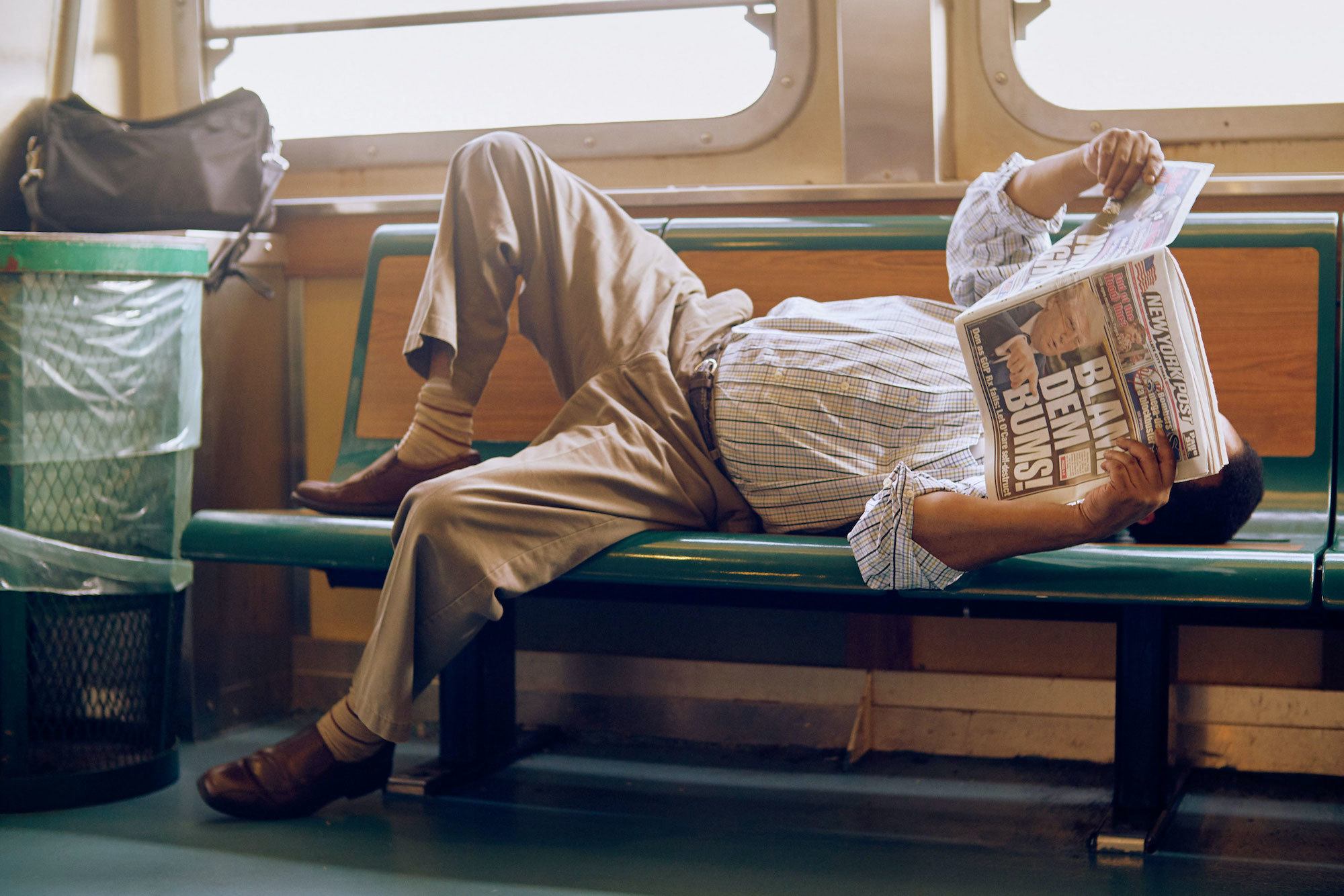 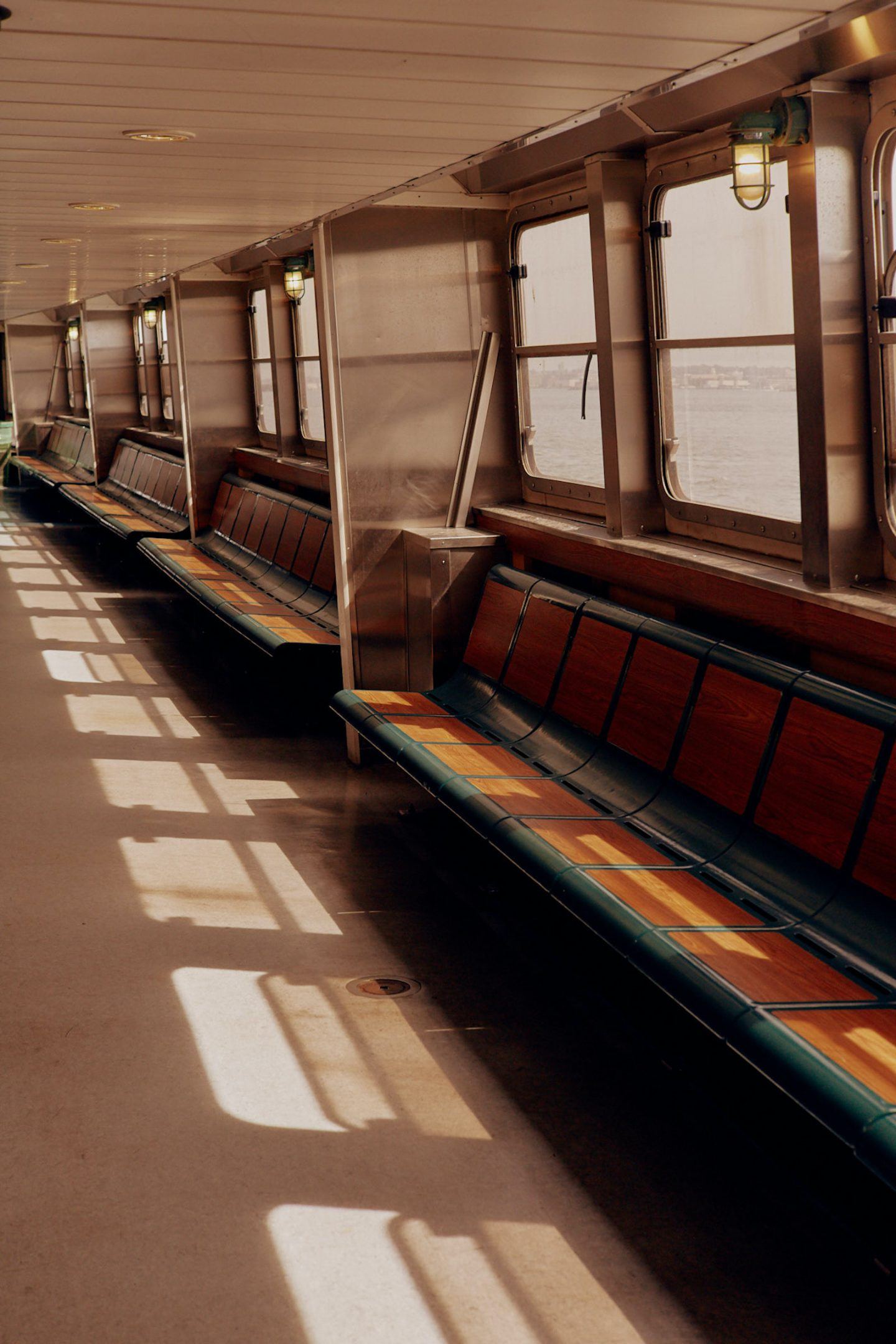 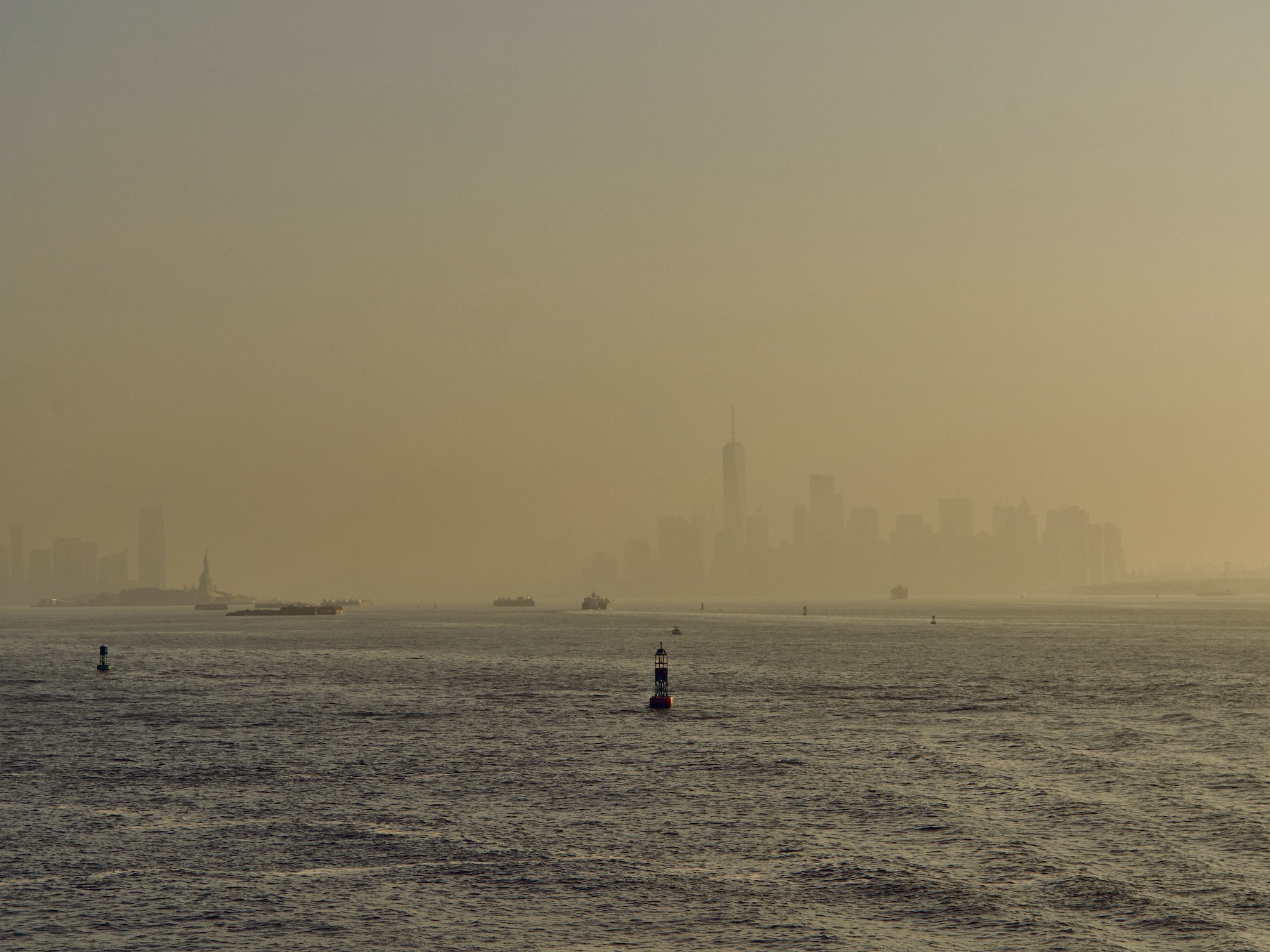 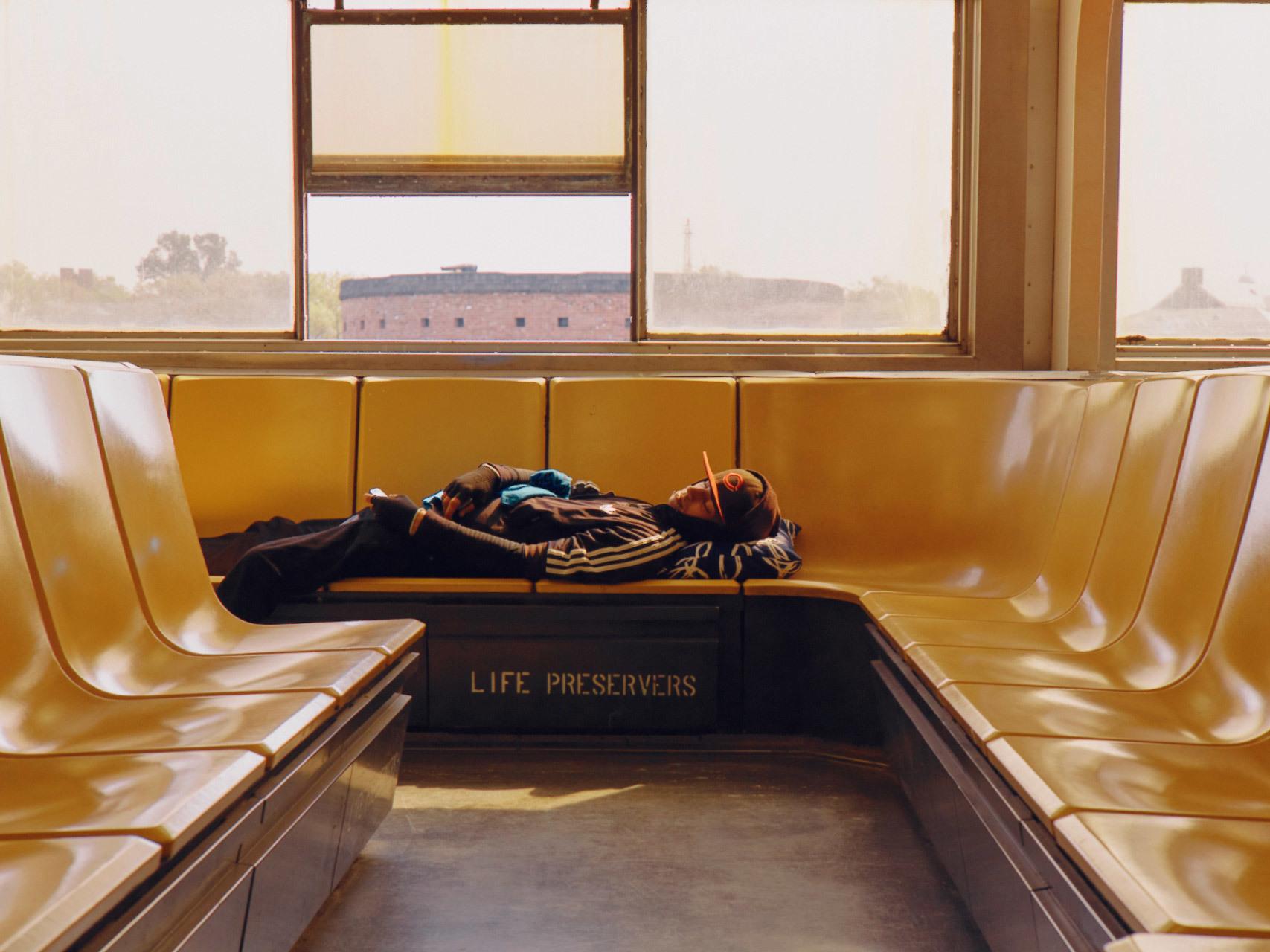 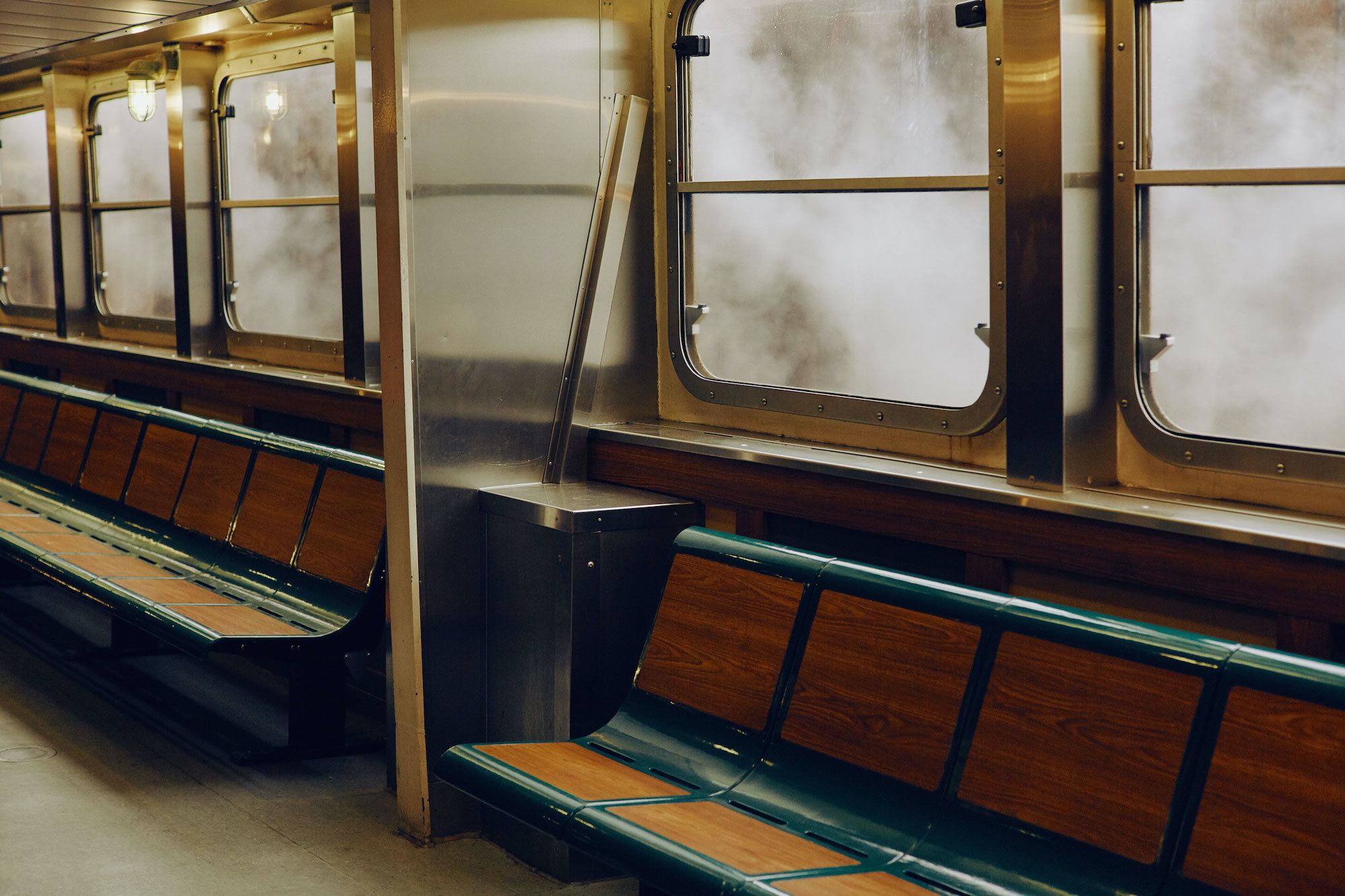 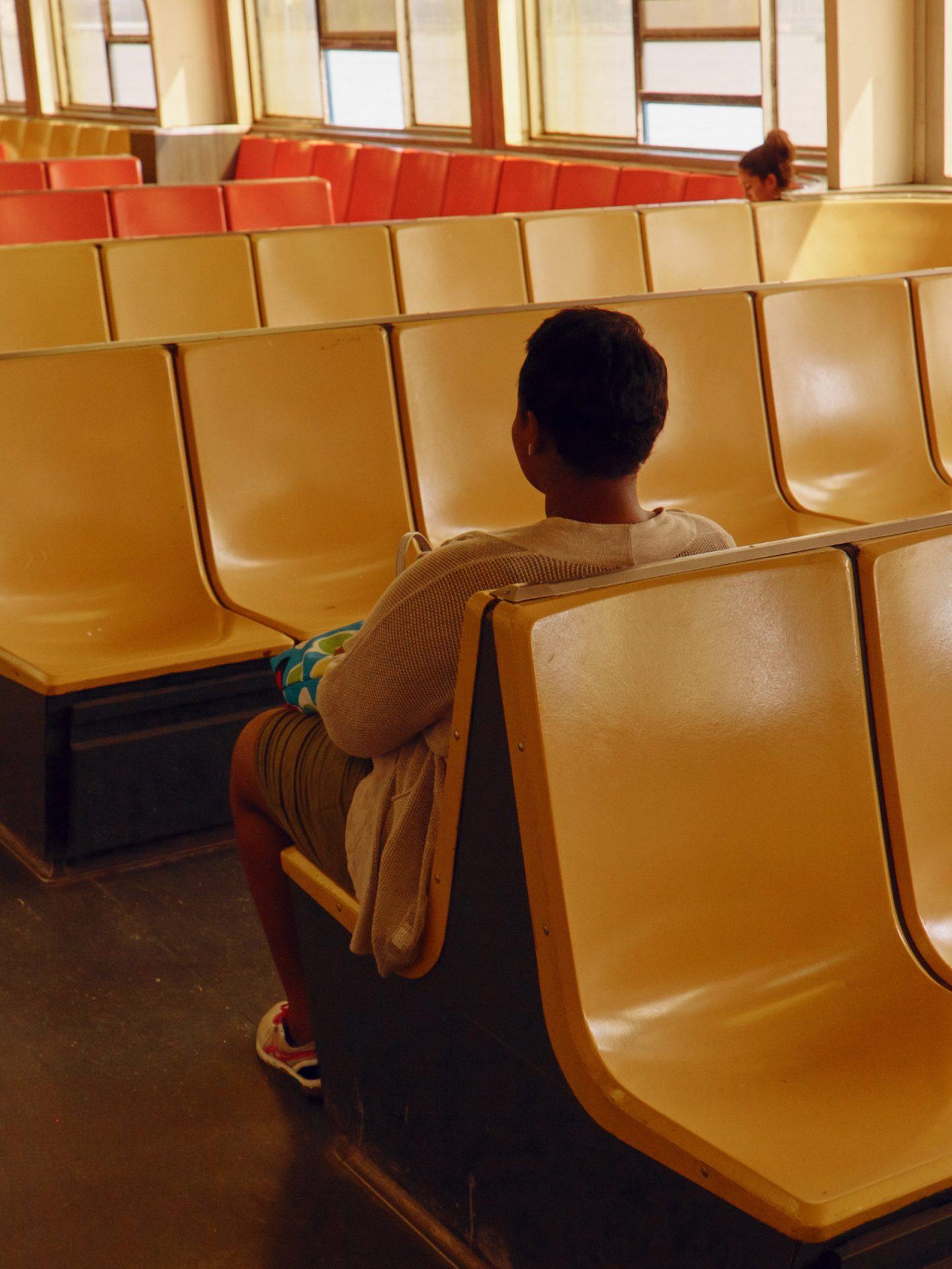 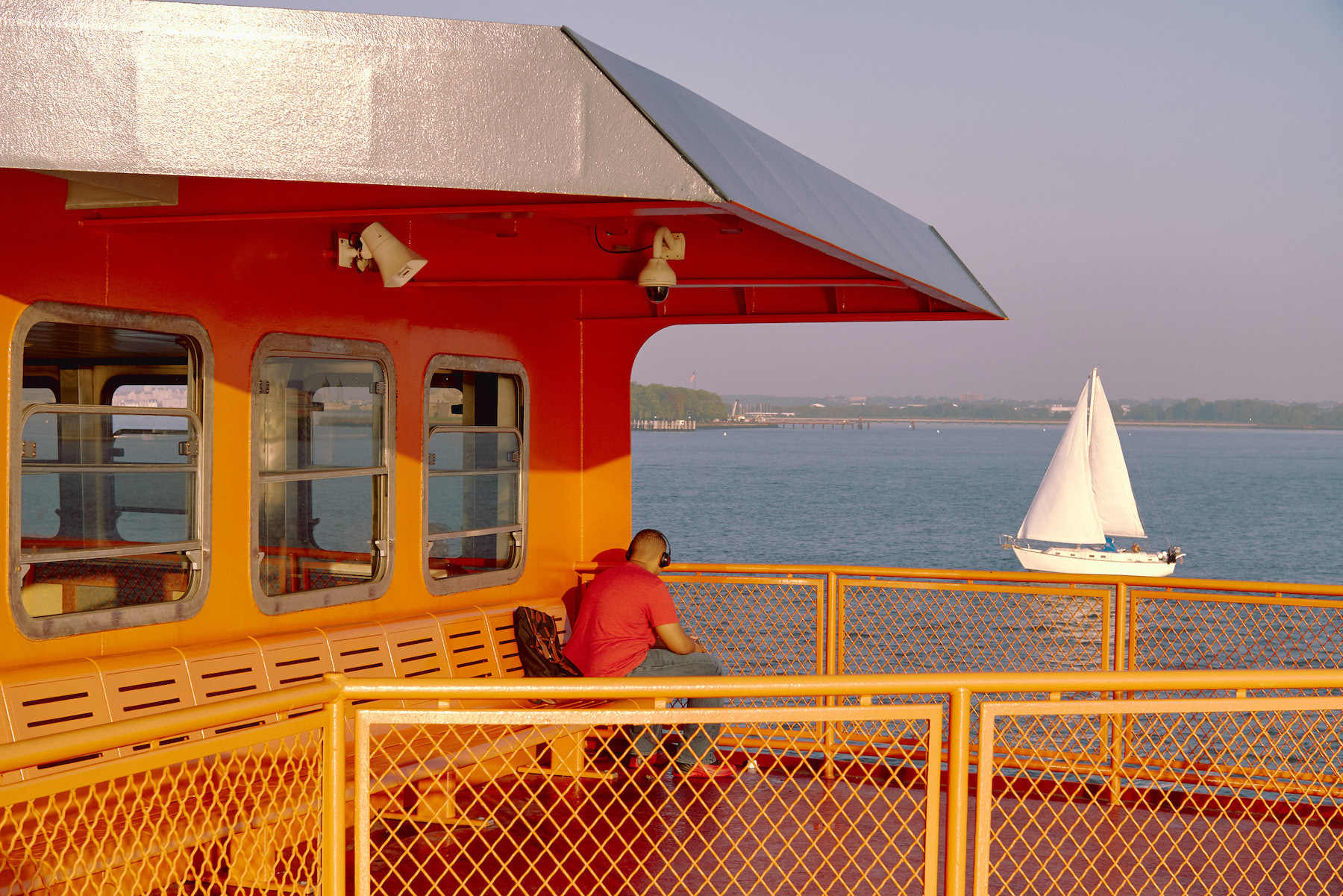