the first thing that stands out about Casa Mérida is its unashamed brutalism, defined by raw and omnipresent concrete, all hard edges and rough surfaces under the strong Mexican sun. The second is that most of the building seems to be open to the outdoors, with few fully enclosed spaces. The project’s defining feature, though, is that it is 80m long but just 8m wide. While this odd stretch would be considered unusual in most places, in Mérida, capital of the Mexican state of Yucatán, it’s fairly common, explains the house’s architect, French-born, Mexico City-based Ludwig Godefroy: ‘This type of lot is everywhere in the historic centre of Mérida and it has to do with inheritance, when people started to slice bi er plots into smaller ones, to distribute to different siblings.’ And while a big part of the city comprises grand colonial architecture, some urban chunks include more humble styles, such as old workers’ cottages. It was one such building that Godefroy came across, when he visited Mérida with his client, a high-flying professional from Mexico City. His family of three was in search of the perfect spot for a retreat, to hide away and use as a base to kite-surf nearby. The strange plot was a quirk Godefroy embraced immediately. ‘The house’s long and narrow site provided a new kind of challenge for me,’ he says. ‘It’s nothing like I’ve done before and by pushing yourself, something new and amazing can come up.’ And come up it did, as the wildly di erent design emerged, transforming the existing structure into a 21st-century ascetic refuge. Taking the site as the main inspiration, Godefroy started to explore the possibilities; he also looked to the local culture and vernacular as well as personal in uences, constantly adjusting areas until the whole project felt just right, both answering the client’s needs and  tting in the urban context. 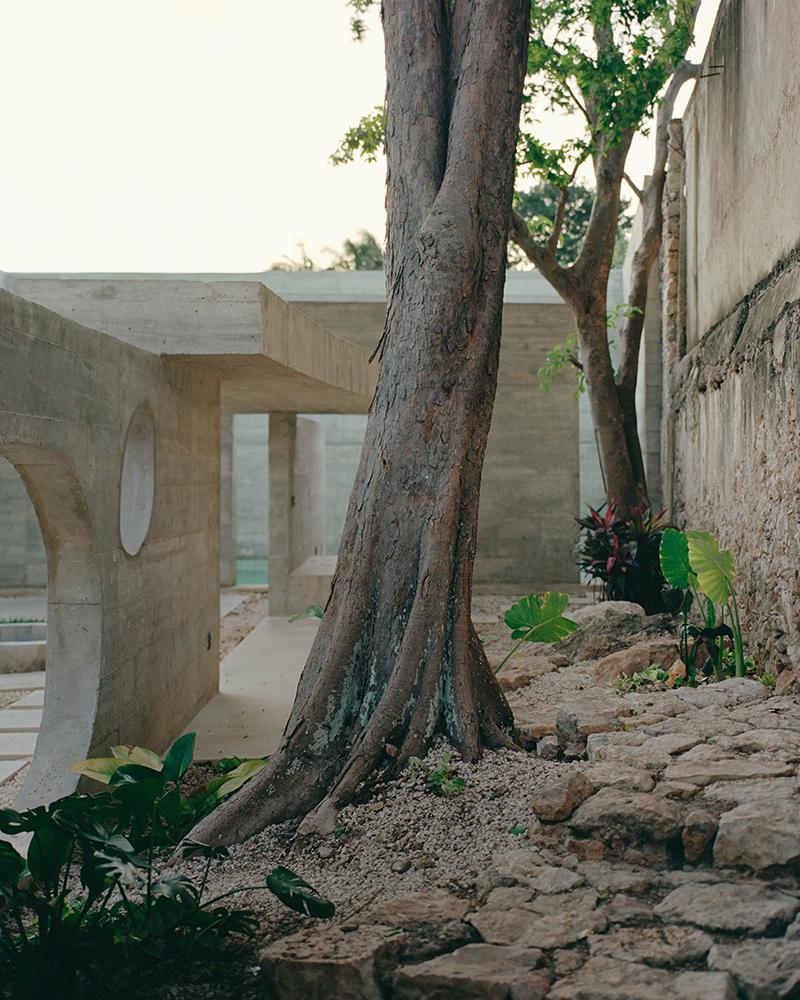 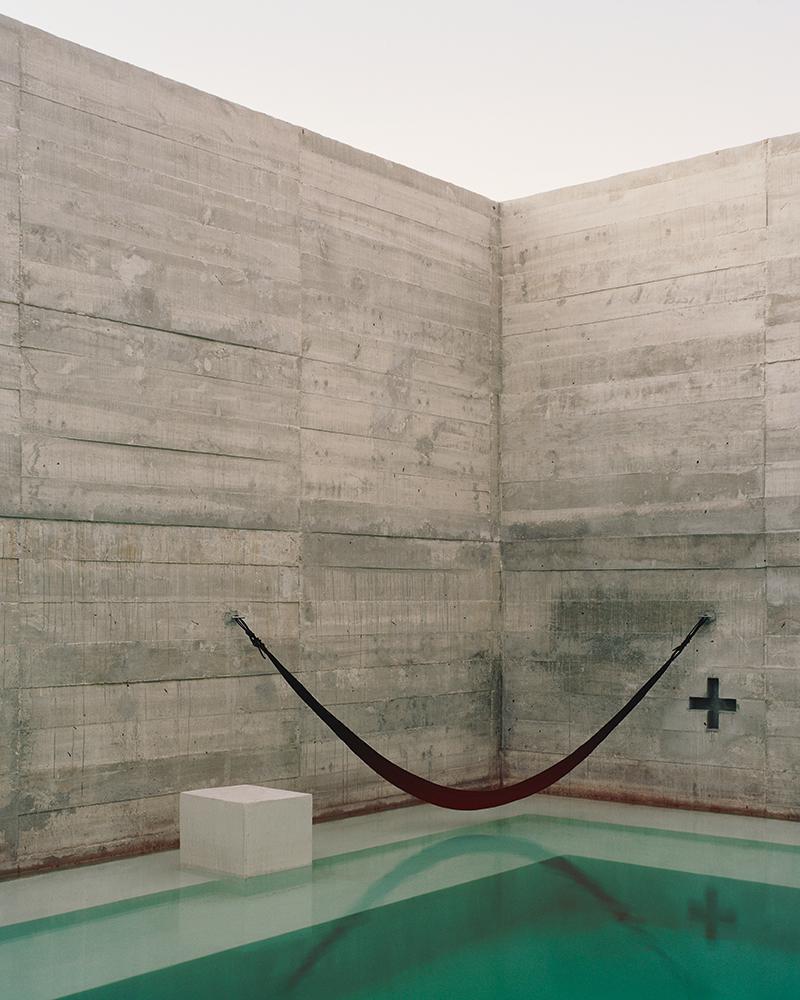 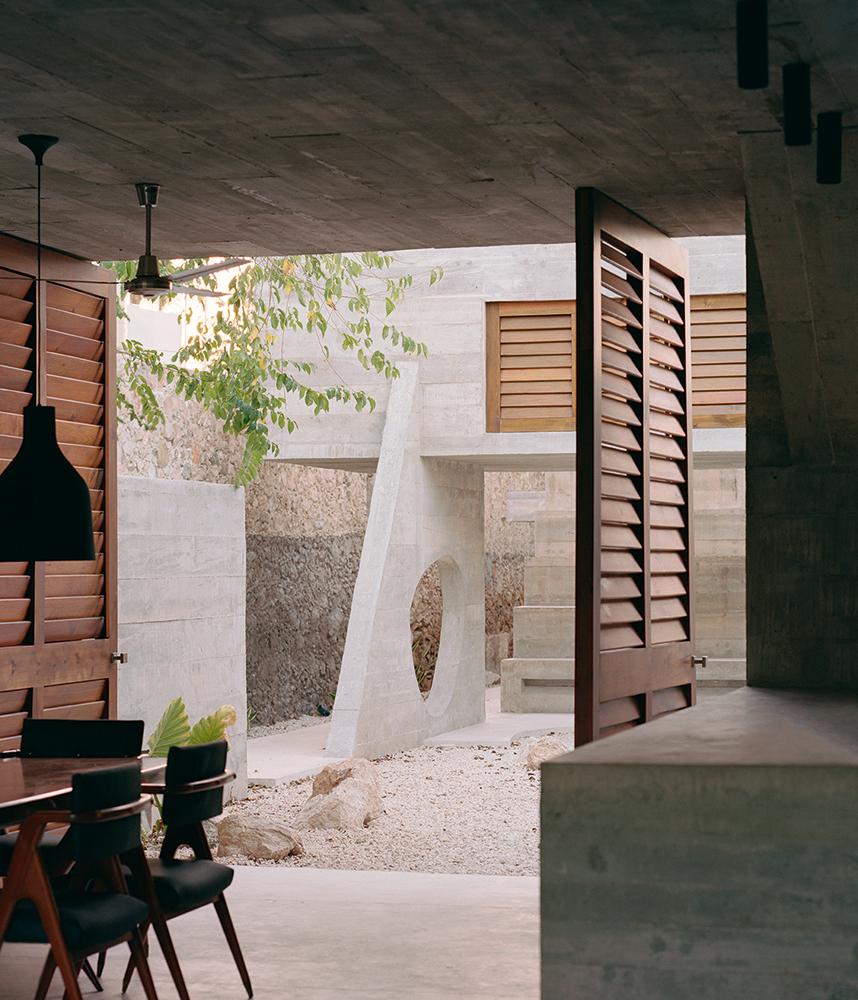 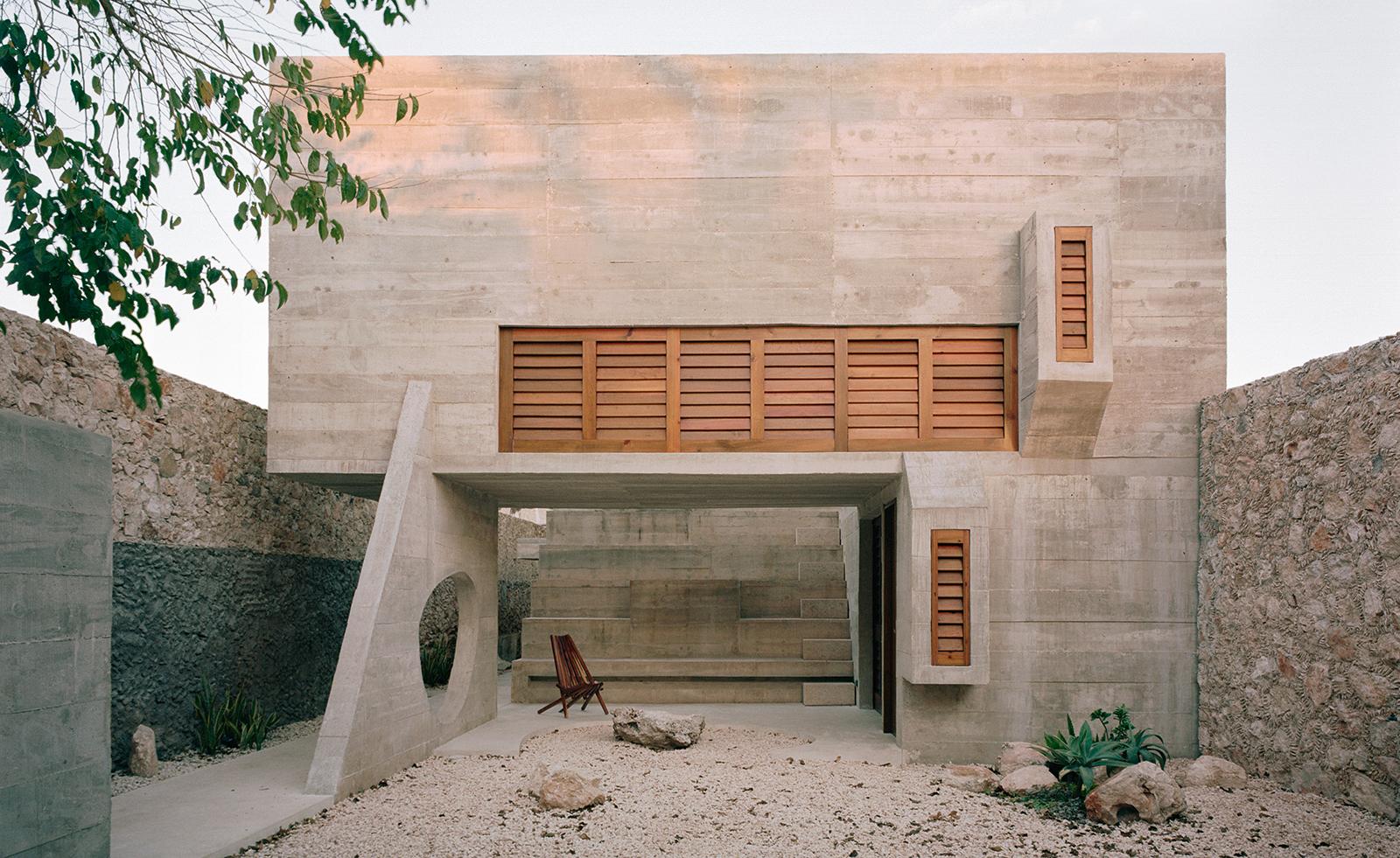 A Light-Filled House in Toledo Spain Where Patios Have Nobility

Virgil Abloh Looks to the Future with Classic Vitra Designs