More than 30 years after his death, the artist Jean-Michel Basquiat continues to influence the worlds of art, music and fashion. The British bootmaker Dr. Martens is now paying tribute to this prodigal painter of the New York underground with a collection inspired by his emblematic works. 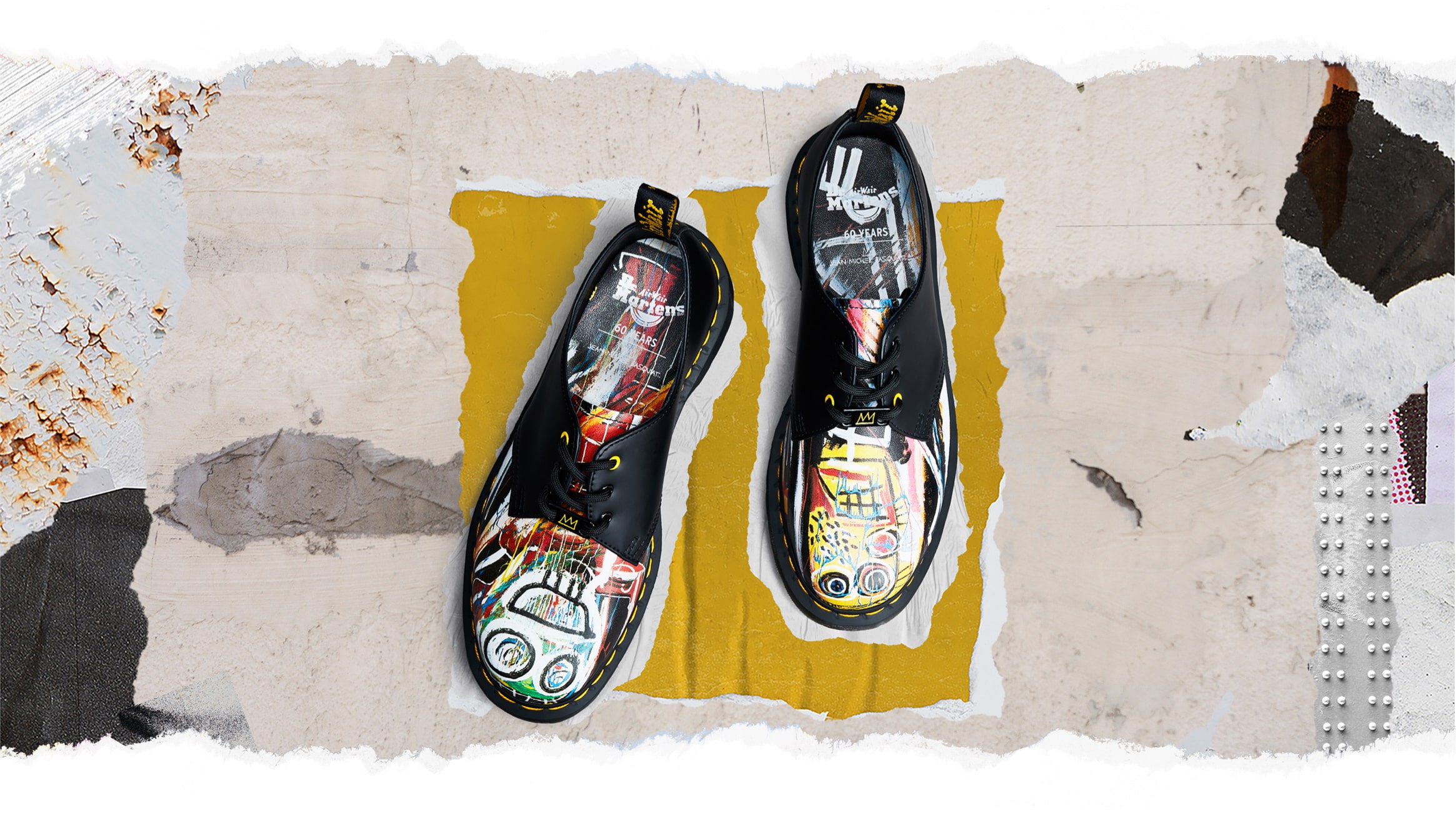 Over just two decades, the painter Jean-Michel Basquiat imposed himself as a key figure of the 1980s counter-culture. Possessed with a creative rage, Manhattan’s enfant terrible left a vast number of works behind him with a pictorial language bursting with references – from graffiti and childhood drawings to Afro-American history – whose colourful post-punk aesthetic is instantly recognisable today.

After Saint Laurent, Virgil Abloh and the toy maker Mattel which has just created a Barbie doll version of the artist, now it’s the turn of famous British shoe Dr. Martens to pay tribute to this self-taught New York genius, whose paintings perfectly suit the boots that accompanied the original punk movement. The enigmatic epigrams imagined by Jean-Michel Basquiat for the album cover of Beat Bop [1983] by hip-hop artists Rammellzee and K-Rob also appear on the iconic 1460 boots while the 1461 derbies are inspired by Dustheads, one of the artist’s most ambitious paintings. The collection is also available for children, with a shoe adorned with the famous Pez Dispenser dinosaur painted by Andy Warhol’s protégé in 1984.

BVLGARI HAND SANITISER The Italian luxury brand has donated over 160,000 units of hand sanitiser to the NHS in the fight against COVID-19