American artist Janet Echelman has installed a woven sculpture composed of blue fibres on a site in Florida with history that traces back to the American Civil Rights Movement. Bending Arc is a permanent work suspended above a grassy park overlooking the Pier District in St Petersburg, Florida.

The piece is 72 feet tall (21.9 metres) at its peak and measures 424 feet in width (129.2 metres). Its shape constantly changes as it ripples with the movement of wind. Echelman, a Florida native, took cues from the colours and patterns of beach umbrellas illustrated on old postcards and from marine barnacles that live beneath the pier to design the woven sculpture. 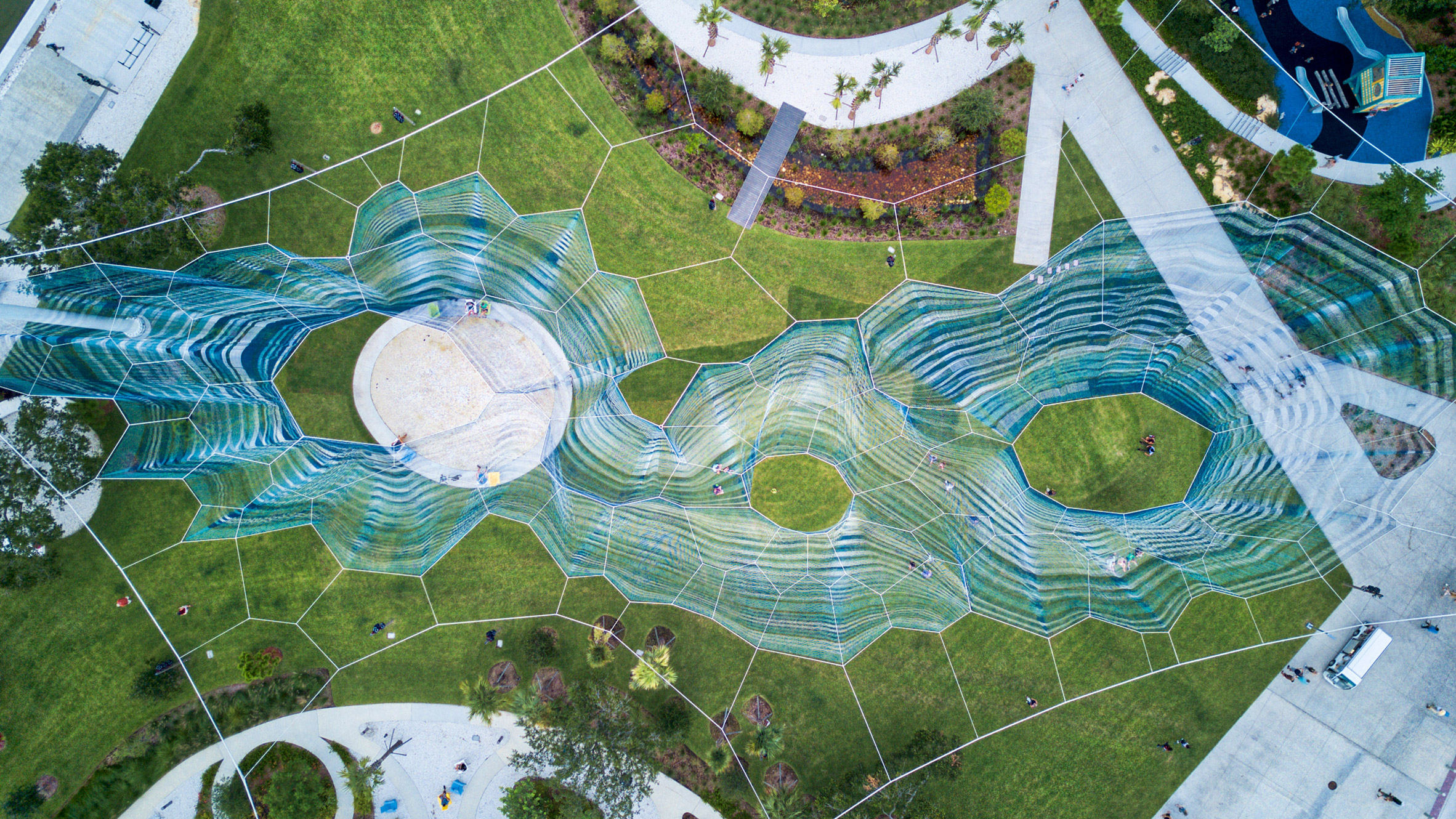 In her research she came across information about the site’s historical significance during the Civil Rights Movement, which began in the 1950s, as a location where local citizens protested segregation. The outcry led to the 1957 US Supreme Court ruling that allowed people of all races to use the municipal beach and swimming pool.

To create the piece the artist shaped polytetrafluoroethylene (PTFE), an engineered fibre, into a thread-like textile. The coloured strands are braided together and wrapped around sewing bobbins to form a mesh netting that is knotted by hand.

An additional set of netting, composed of ultra-high-molecular-weight polyethylene fibre, is woven together by knots, following a method popularised by mariners. The mesh textile is 15 times stronger than steel and is attached by hand to the other piece.

On site cranes were used to install and pull the roping taut. The piece is designed to withstand Ultraviolet exposure and retain its strength under winds of 150 miles-per-hour (241.4 kilometres-per-hour). 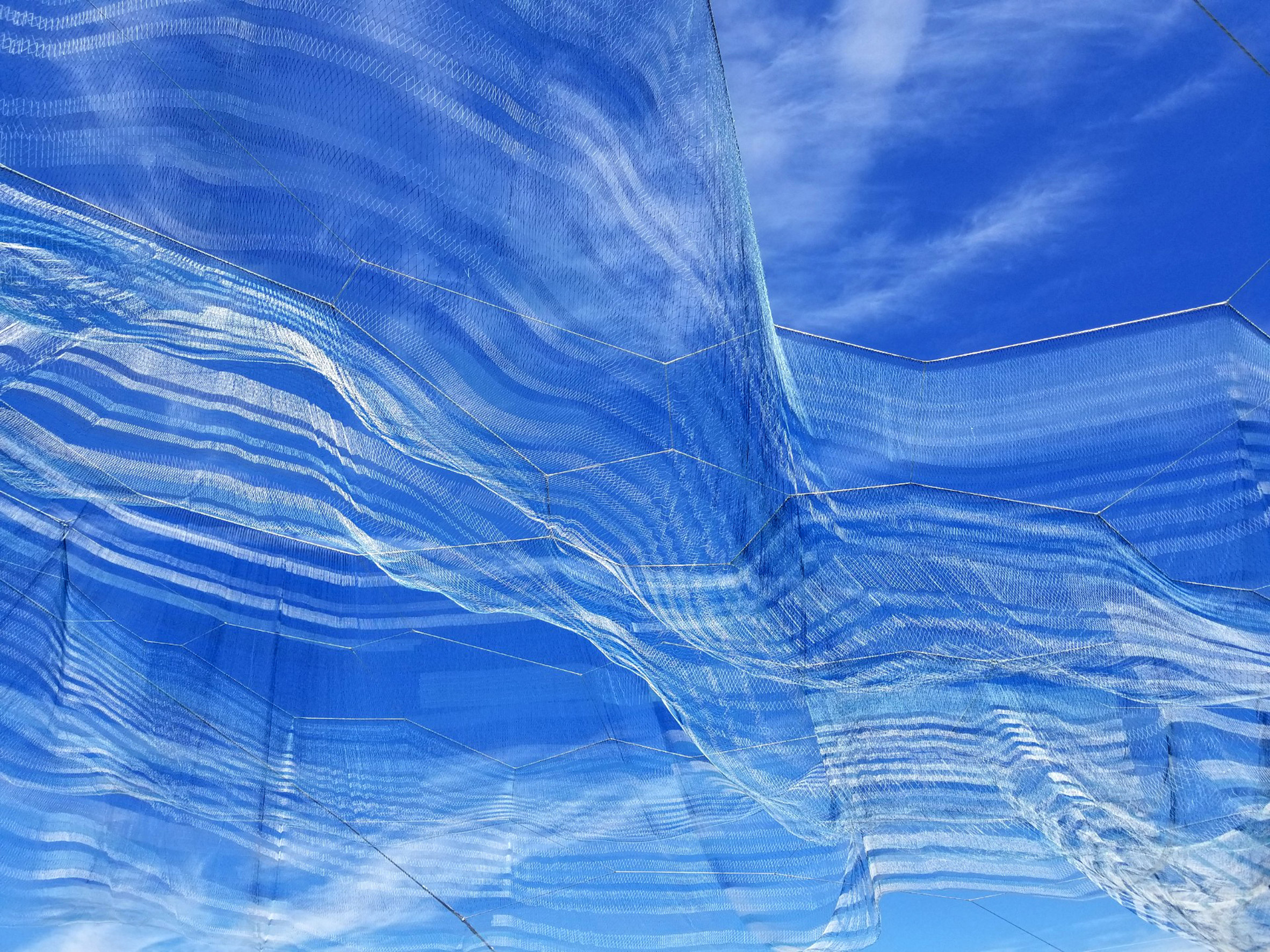 At night low-energy LED lights project tones of pink and purple across the sculpture making it glow. Echelman hopes the sculpture offers visitors a sensory experience and an appreciation for nature and humankind. 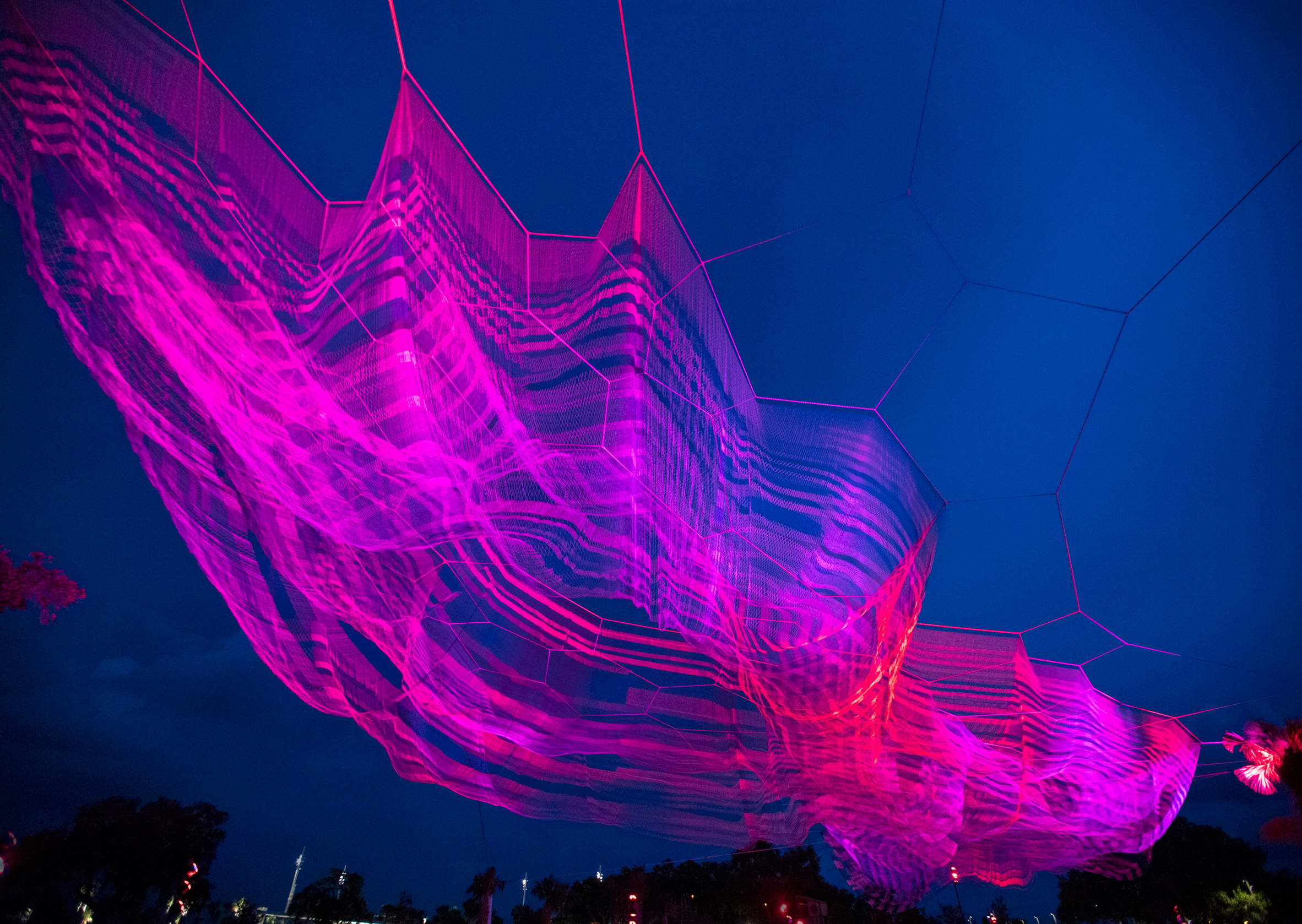