When it was announced that Raf Simons was joining Miuccia Prada as a co-designer of the Prada brand, I admit I was among some of the skeptics. I wondered whether two auteurs in the same kitchen could create a vision without setting it on fire. My fears were dispelled today, for Prada’s Spring/Summer 2021 collection (livestreamed from Milan without a live audience) was on point on all accounts — it was absolutely modern. 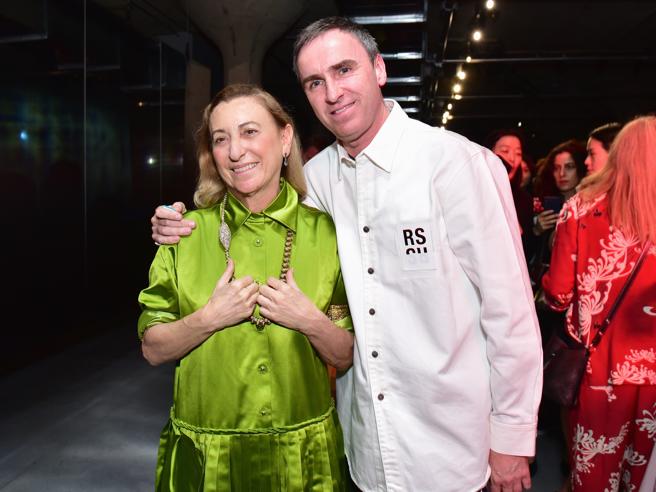 The Rafness added to the Pradaness was immediately evident in the graphic black on white prints, and in the minimalist silhouette that was Prada’s signature in the late ’90s and early ’00s. Come to think of it, a sharp coat over a pair of tailored pants and a turtleneck are both very Simons and Prada — that is if you are old enough to remember this era.

These looks were followed by the most exciting garment in the collection that seemed like a hybrid between an anorak and a mac shown with scrunched up sleeves. The holes in turtlenecks, sometimes layered on top of each other, gave an irreverent edge that nevertheless seemed very Prada in its reserved execution. The second half of the show was a meditation on another classic: the “sexy librarian” Prada silhouette, in which a long A-line skirt had that Simons sculptural feel. Another Simons touch was throwing an oversized graphic hoodie over a skirt, and adding utilitarian elements like skirts with embedded bags, toughening up the Prada girl in the process. The idea, as per the show notes, was to marry the sophisticated with the utilitarian, and it worked.

The graphics continued throughout the collection and produced exciting results on every level, from the pastel prints slightly resembling Van Gogh’s famous swirls to the black flowers on white satin. 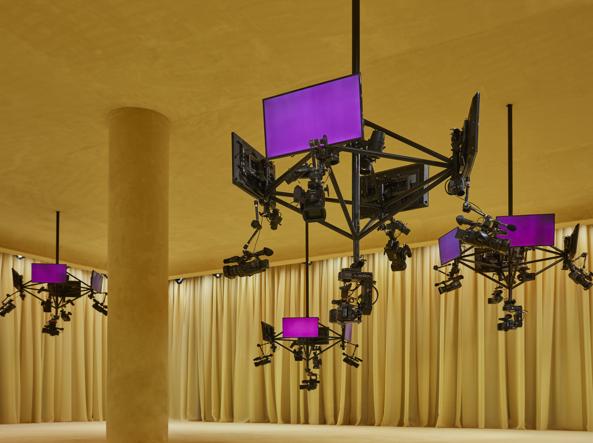