The new Banksy appeared in Bristol

A few hours ago, people in Bristol gathered in one of the city’s most famous streets, attracted by a mural that appeared to be the work of Banksy. This time the world’s most famous street artist didn’t wait long to claim authorship, and a few minutes ago he posted a photo of it on Instagram, commenting with a simple “Aachoo!!!”.

Unlike his other works, such as the one that appeared last year at this time of year in Birmingham, the one in question is quite simple and depicts an old lady sneezing so hard that she loses her grip on her cane and even her dentures. Looking at the artwork it’s impossible not to think of droplets – the famous droplets we’ve been hearing about for almost a year now.

But the work doesn’t end there. In fact, to fully enjoy this work you have to look at it from a distance, taking into account where it was made. The old lady was painted on the facade of the first house on Vale Street in Totterdown, a suburb of Bristol. The street in question is one of the most famous streets not only in the city but in England because it is one of the steepest.
With its 22 percent gradient, Vale Street is a popular place for cyclists and once a year, at Easter, the townspeople gather there to observe an ancient tradition of rolling eggs all the way down the street.

Eventually, with the right angle, it will seem as if the poor lady’s sneeze is powerful enough to move houses. 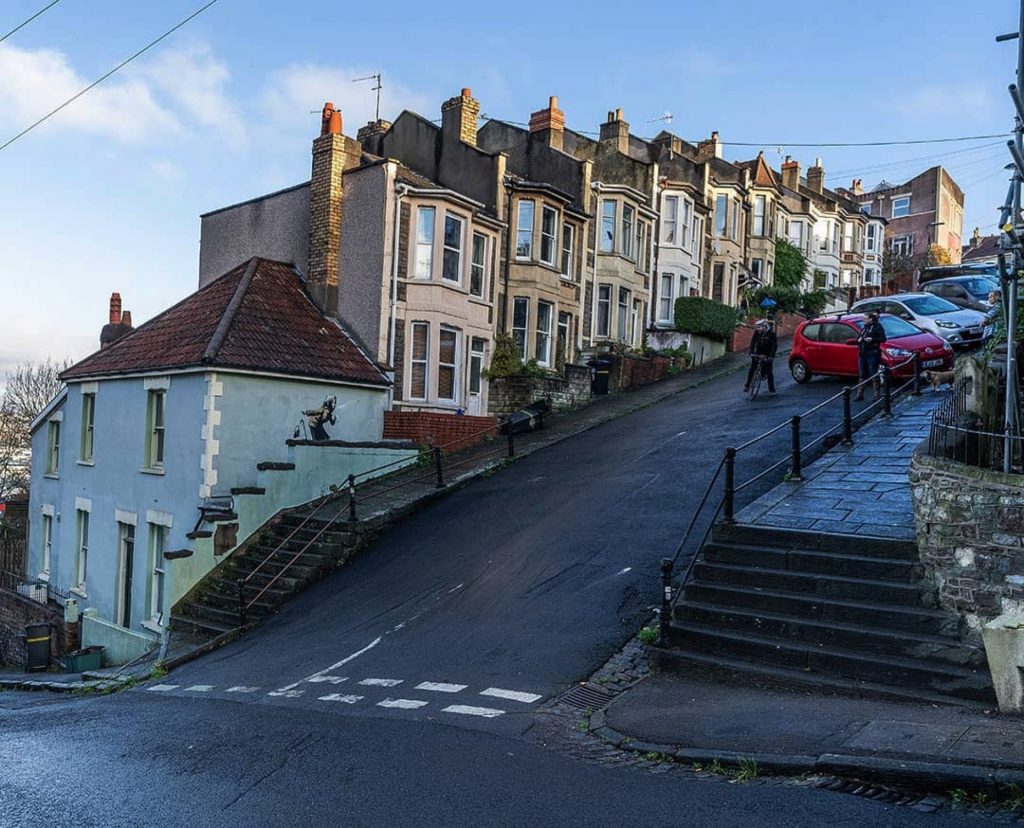 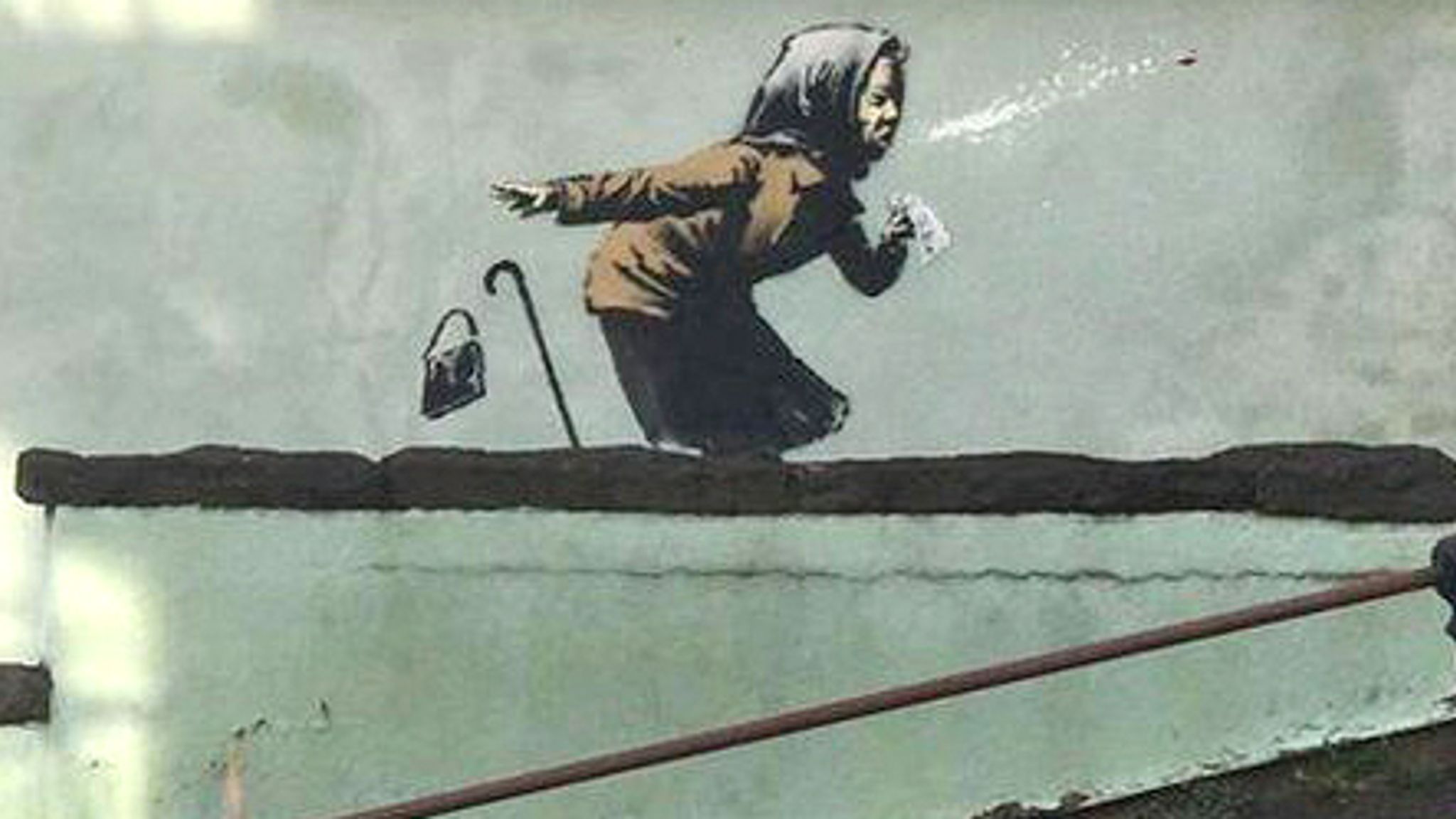