The conversation between Miuccia Prada and Raf Simons with their audience has just started. After presenting their spring 2021 collection in a digital show followed by a streamed session addressing questions sent to the company, the creative duo further explored the idea of engaging in conversation with customers in Prada’s new advertising campaign. In particular, the spring 2021 images unveiled on Tuesday investigate the impact technology has had on life during the past year and acknowledge the role it played in enabling communication between people despite geographical distances.

In its most immediate expression, each image sparks a conversation by posing a direct question to viewers and inviting them to submit their answers on the brand’s website. According to a statement from the company, responses received will become components of the campaign’s ongoing rollout, therefore keeping up the dialogue between the two parties. Questions in the campaign center on different themes, mostly on technology, views of the future and human values such as diversity, inclusivity and sustainability. Examples range from “Is creativity a gift or a skill?” and “What utopia do you strive for?” to “Does ‘cloud’ make you think of data or sky?” and “Should we slow down or speed up?,” among others.

The relationship between technology and humans also informed the company’s decision to forego tapping any well-known photographer to shoot the campaign but to instead rely on several cameras circling models in 360 degrees in order to capture different angles and viewpoints of the looks.

Under the creative direction of Ferdinando Verderi, the images feature many of the faces that appeared in the spring 2021 digital show, which premiered the Prada-Simons creative partnership during Milan Fashion Week in September.

At the time, the video format — in which the tech-human dialogue also was highlighted through cameras and monitors suspended from the ceiling and following each model — marked the first runway appearance of talents Lydia Kloos, Dija Kallon, Isa Gustafson and Greta Hoffer, among others. As reported, tidbits offered by Prada and Simons in their dialogue following the digital show included views on working together, uniforms, newness and even what they drink in the morning. Overall, the 35-minute video of the show and the following conversation between the designers marked Prada’s “most viewed” digital event, as it logged 16 times the number of views compared to the spring 2020 show and four times those of last July’s “Prada Multiple Views SS21” digital event, according to the company. 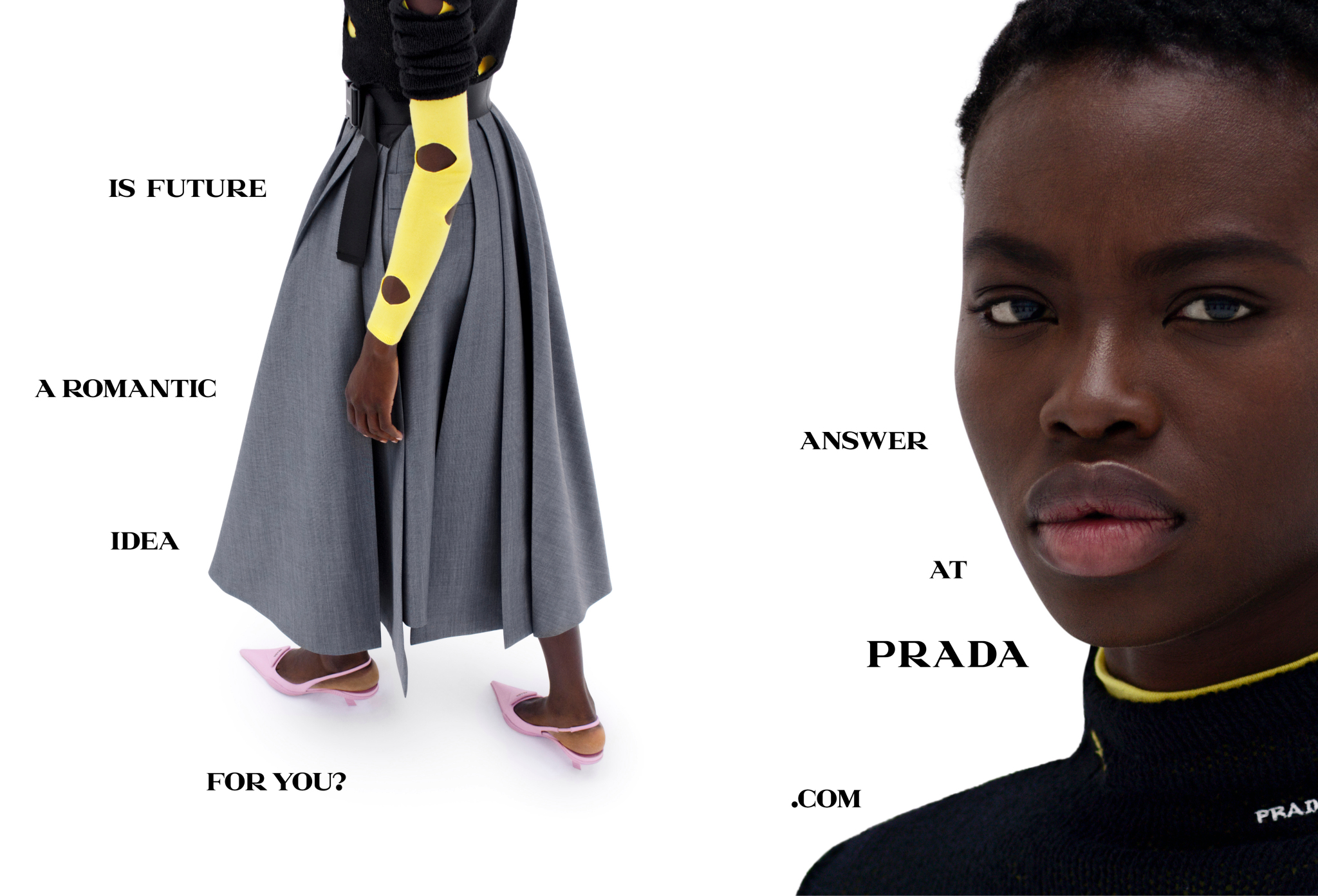 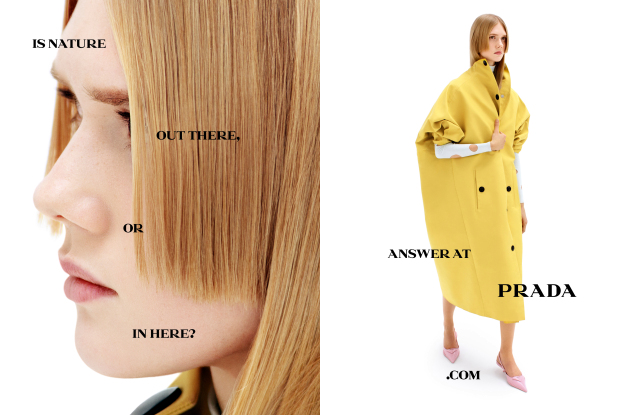 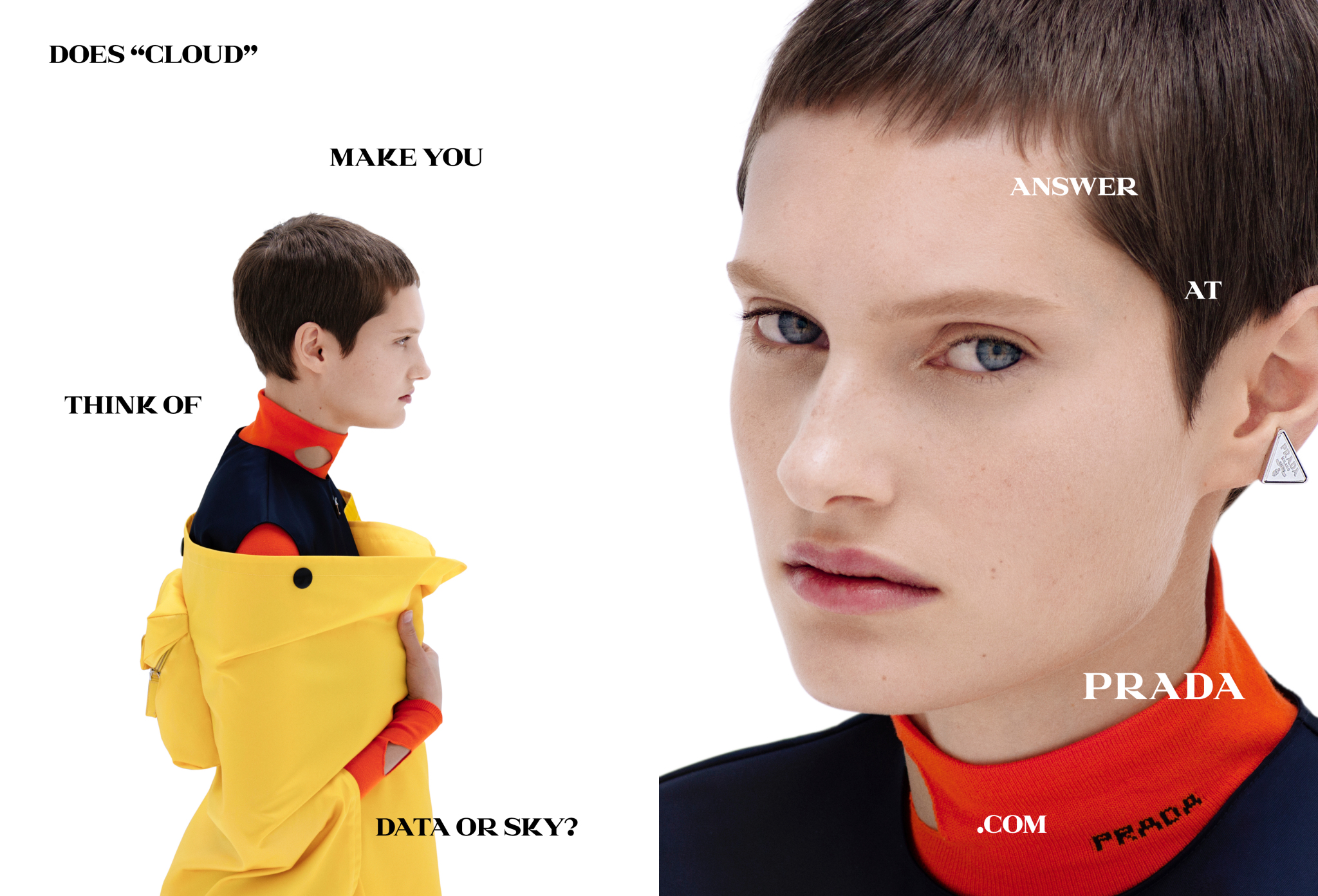