You know Zhangye Danxia Park in China or Vinicunca in Peru, two places far away but known for the same reason: here the mountains look like a rainbow. There is nothing fake about it, this particular colouration is due to the presence of different minerals superimposed and forming different coloured layers. It is precisely these magical, surreal places that come to mind when we look at Jesse Stone‘s collages.  Jesse Stone is a graphic designer based in Gibraltar. He honed his craft at Liverpool John Moores University and is now best known for his multicoloured collages.
His works are created digitally, but with a thick grain and small elements that look like something out of a 1960s magazine, they also have a vintage style.

Through the superimposition of coloured layers, Jesse Stone creates absurd landscapes that sometimes remind us of the desert or mountains, while at other times they are imaginary places, poised between dream and reality.

Populating these scenarios are small, solitary figures walking or driving vintage cars. We don’t know who they are, where they come from and where they are going, but one thing is certain, we want to lose ourselves with them in these infinite landscapes. 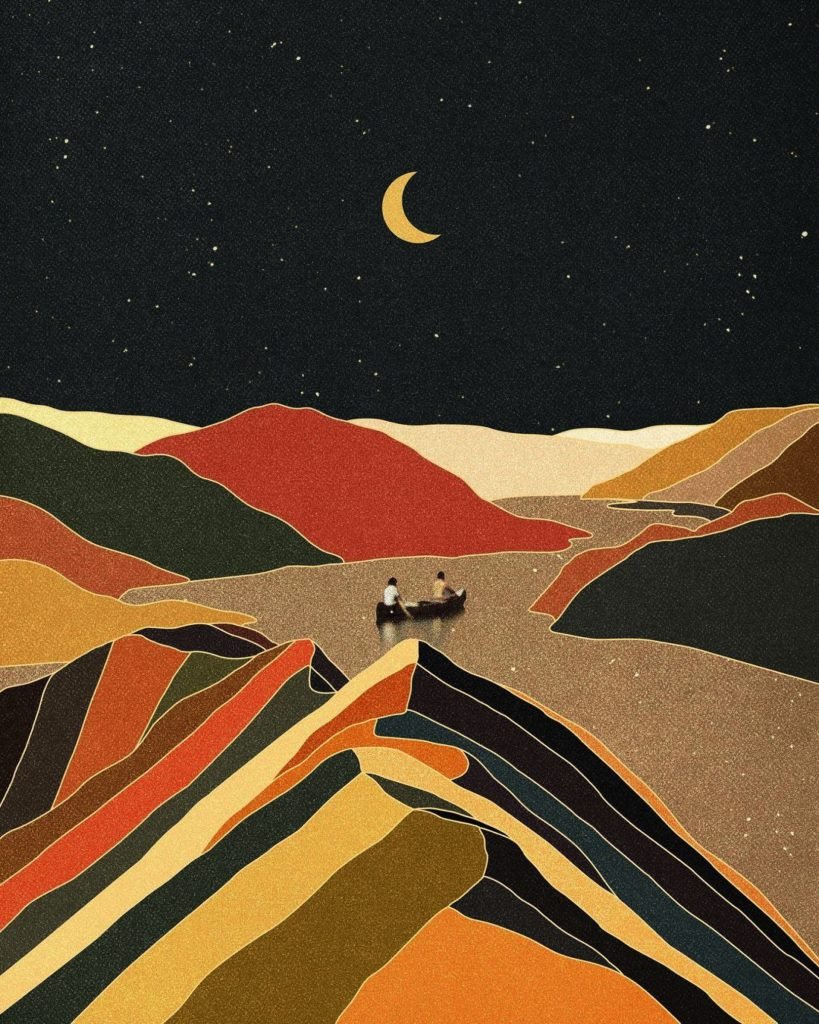 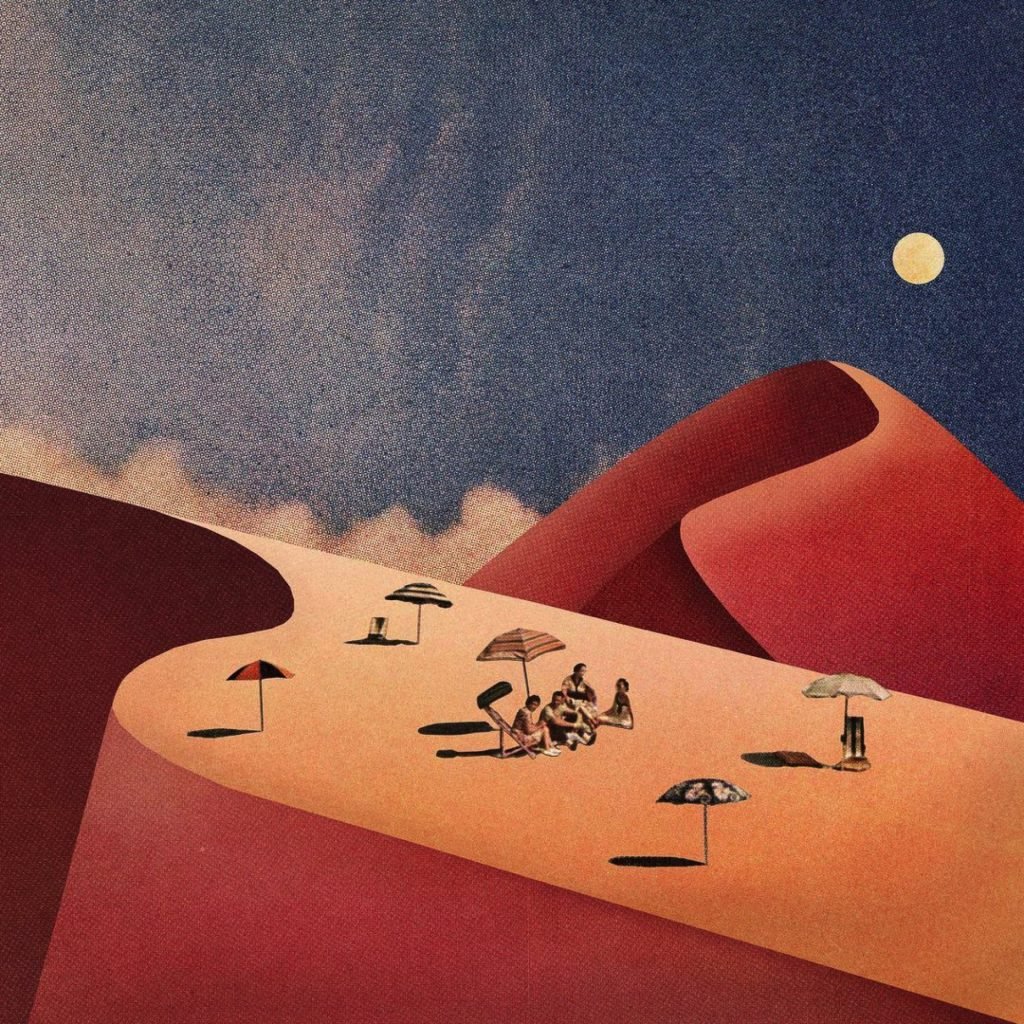 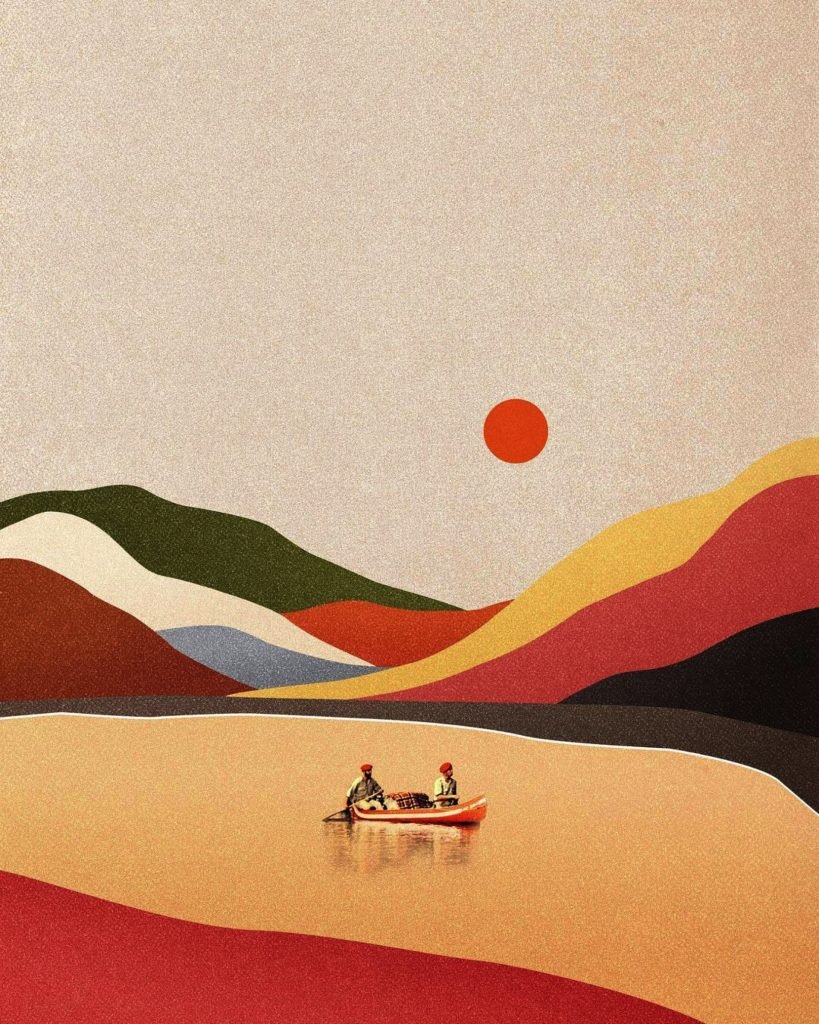