It is a truth universally acknowledged that the Cruise fashion shows are as much about the spectacular, far-flung locations as they are the actual clothes – and after a two-year hiatus, this season saw designers go all out. Chanel held its Cruise 2023 show earlier this month on the shores of the Monte Carlo Beach Hotel, while last week saw Louis Vuitton fly the fashion set all the way to San Diego for a sun-soaked extravaganza against the backdrop of the brutalist architectural masterpiece that is the Salk Institute. Hard acts to follow, but Gucci timing its ‘Cosmogonie’ show to perfectly line up with a lunar eclipse? That has to win the award for ‘most magical moment’ of the season.

The setting for Alessandro Michele‘s astronomy-themed show was the 13th century, octagonal Castel del Monte in Italy’s Puglia region, which offered not only a striking, medieval backdrop to the collection but also the perfect vantage point from which guests including Lana Del Rey, Dakota Johnson and Jodie Turner-Smith could appreciate the rare, copper-red full moon and expanse of twinkling stars. 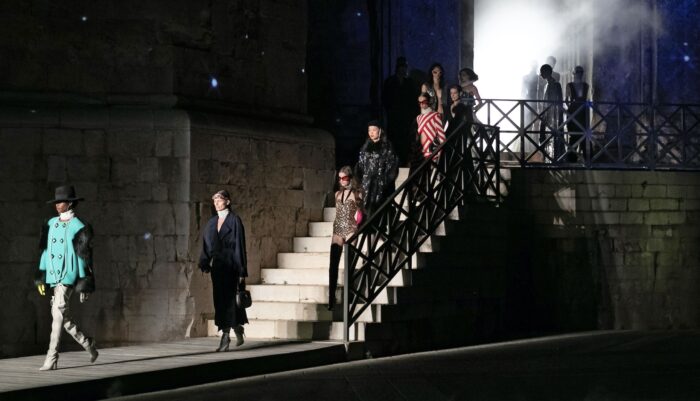 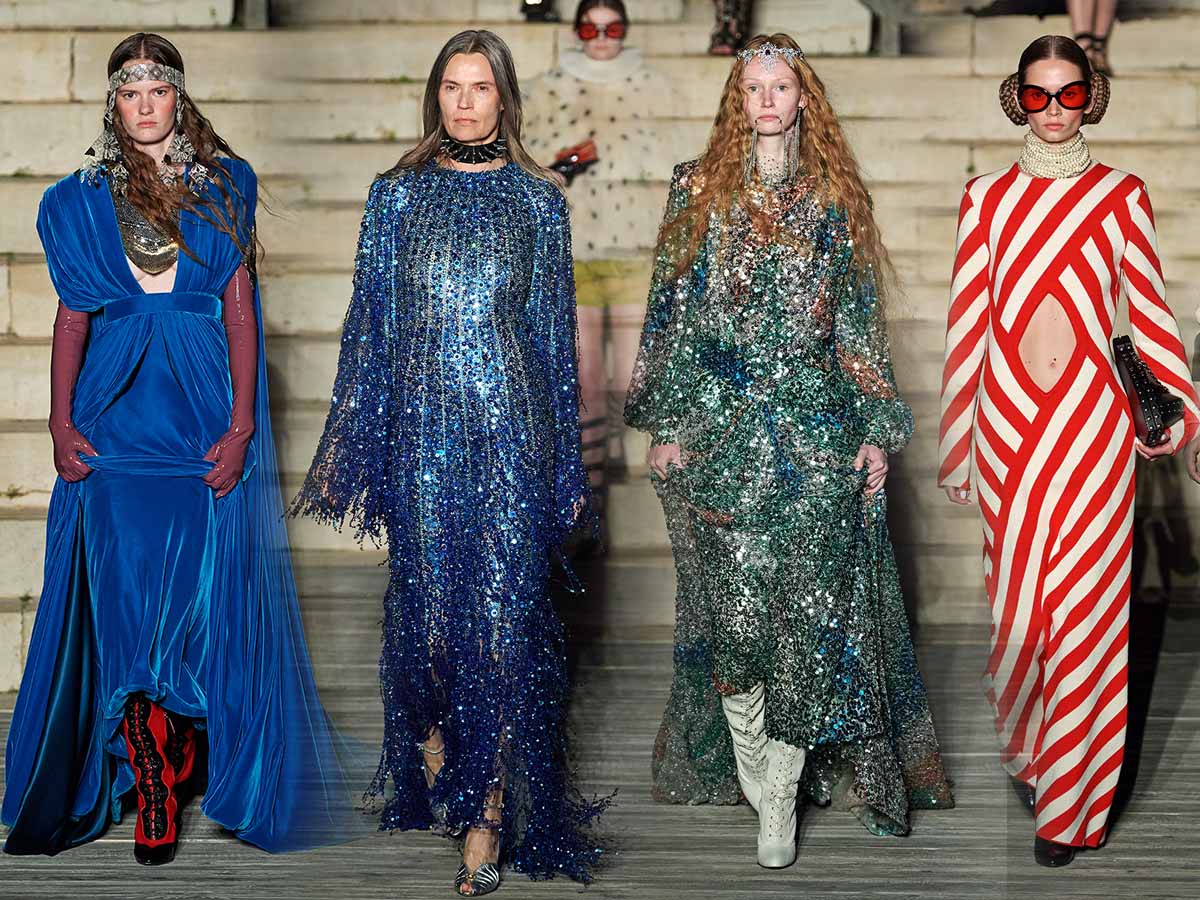 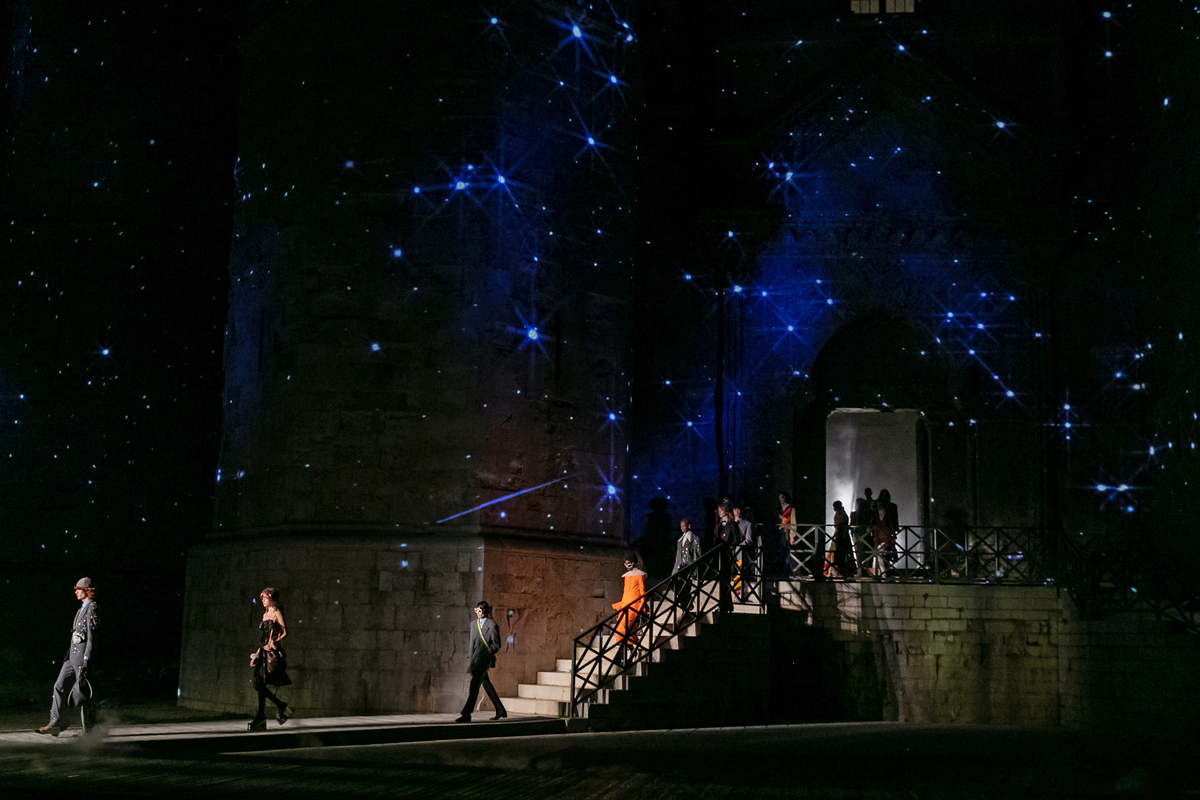