Monte-Carlo, 25 May 2022. Once more, sustainability is at the center of the Monte-Carlo Fashion Week 2022 which yesterday concluded its second day with the highly anticipated Fashion Awards Ceremony, the gala that saw the awarding of the creatives of the fashion industry. An event during which awards were given to those who have been able to stand out for their ethical and innovative vision translated into collections with a high fashion content, capable of celebrating at the same time the excellence of craftsmanship and use of innovative materials.

The scenographic Salle Garnier of the Opera of Monte-Carlo was the setting for the appointment presented by the Italian-Greek actress Sofia Valleri and by Maurizio di Maggio of Radio Monte Carlo, which took place in the presence of H.S.H. Princess Charlène of Monaco accompanied by Princess Gabriella, making her debut at an official event, a manifesto of that sustainable and creative approach to fashion that is essential for protecting the present and securing the future while keeping creativity unchanged.
The ceremony kicked off with the Ramzen fashion show, the Made in Italy brand created by the Saudi stylist Abdul Al-Romaizan, spokesperson for a cosmopolitan couture that syncretically blends artisan heritage and sophisticated avant-garde. A tribute to the Principality thanks to the creation of the sophisticated white shirt accompanied by the fiery red corolla skirt embellished with the words “Je t’aime Monaco” which was shown on the catwalk. The talent of the young designer was recognized with the first award of the evening, the Emerging Designer Award, which was personally presented to him by H.S.H. Princess Charlène of Monaco, radiant in her royal look in ivory tulle and chiffon. 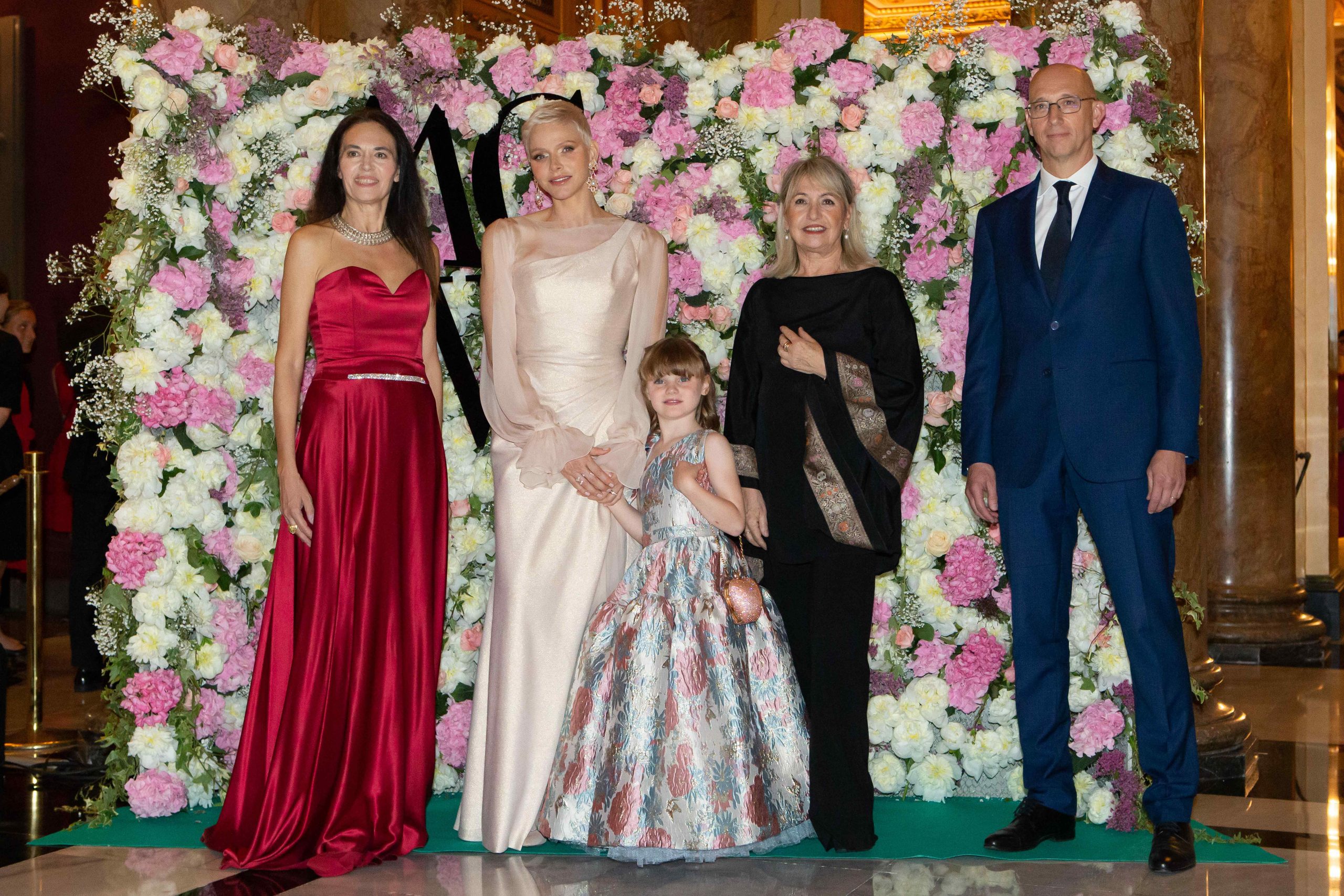 Diversity and inclusivity are the directives of the professional path of Edward Enninful OBE, Editor-in-Chief of British Vogue and European Editorial Director of Condé Nast, awarded in video link with the Positive Change Award for representing diversity in the world of fashion, so much so that he was appointed Officer of the Order of the British Empire by the Queen Elizabeth II. On stage to receive the award presented by Federica Nardoni Spinetta and Victoria Silvstedt was Eugenie Trochu, Head of Editorial Content of Vogue France.
Kelly Piquet and artist Marcos Marin delivered the Photography Award to Kristian Schmidt whose photographic lens was able to combine the dialogue between fashion and wild nature in iconic shots, for projects aimed at protecting endangered species and raising awareness against poaching which, over time, have involved well-known personalities such as Prince William of England and David Beckham.
Verabuccia, the startup founded by Francesca Nori and Fabrizio Moiani, received the Sustainable Innovative Start Up Award thanks to the conception and creation of Ananasse, a new material produced from the waste of pineapple peel and used as a leather to create collections of fashion and naturally sustainable bags. An acknowledgment, accompanied by an explanatory video of the innovative project, which brought Sara Sozzani Maino (Head of Special Project Vogue Italia) to the stage for the award, accompanied by Terrence Bray (award-winning designer and professor at Durban University of Technology Fashion and Textiles). 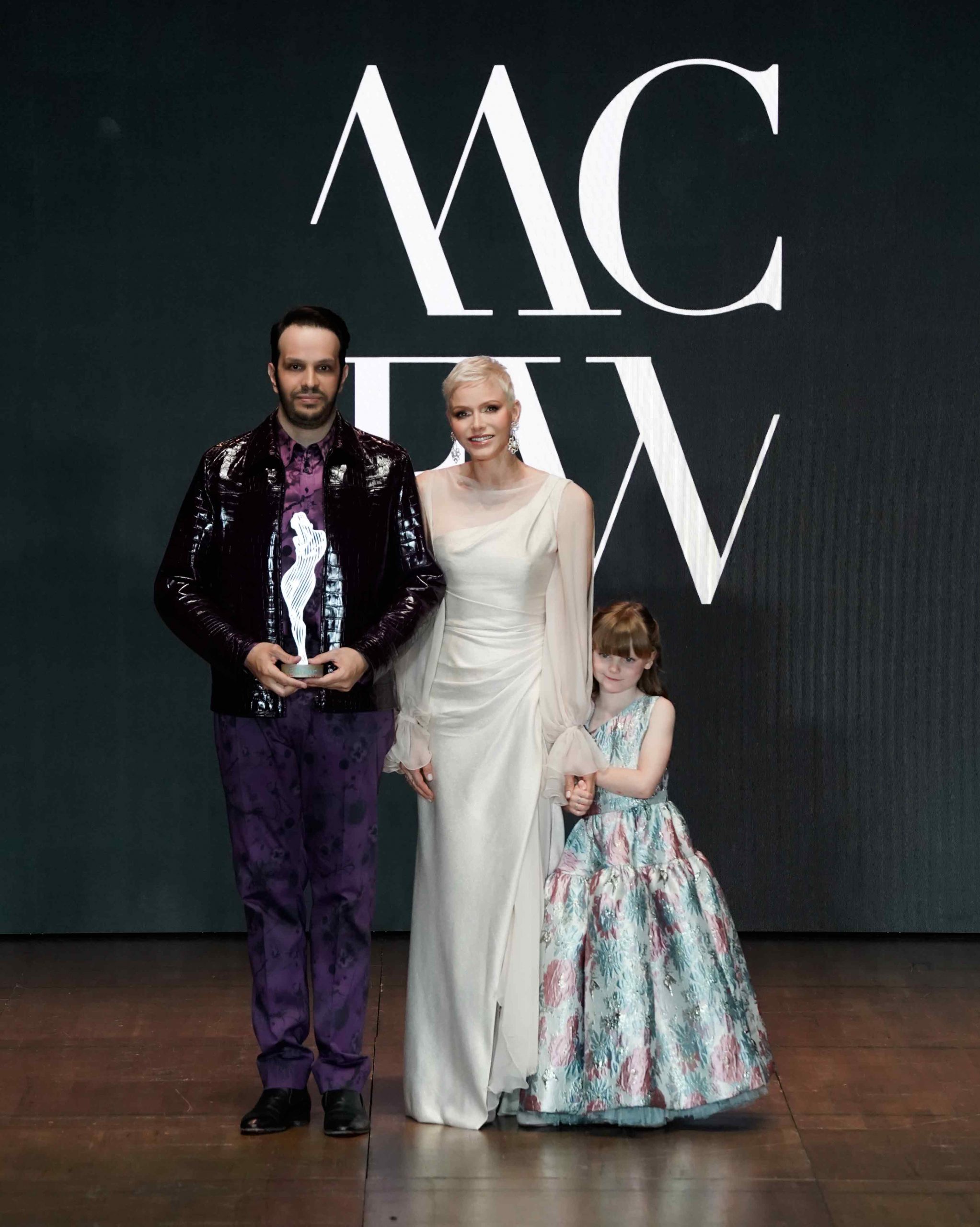 More sustainable beauty thanks to an author’s metamorphosis that allows the recovered materials to find new life by becoming objects of desire with a timeless style: this is the mission of Regenesi, founded by Maria Silvia Pazzi and Alfredo Montanari, who received the Sustainable Award – Circular Economy Pioneer by Matteo Ward (CEO and co-founder of the design studio and innovative company created to generate social value WRAD as well as a member of Fashion Revolution Italia) and by Rosanna Trinchese, Artistic Director of MCFW.
The winners of the Sustainable Contest 2022 were chosen by a jury led by Sara Sozzani Maino flanked by Federica Nardoni Spinetta, Terrence Bray and Matteo Ward.
The role of the culture of fashion was at the center of the Educational Award, the prize awarded this year to Polimoda, the Florentine fashion training institute whose innovative, independent and cosmopolitan vision supports and trains young talents and at the same time, celebrates and preserves the artistic heritage by opening it to the future. The award was presented to Eva Zimmerman, Director of the fashion school’s Business Department, by Jean-Philippe Muller, Director of the International University of Monaco, accompanied by Mireille Pietri, General Secretary of the Chambre Monégasque de la Mode. 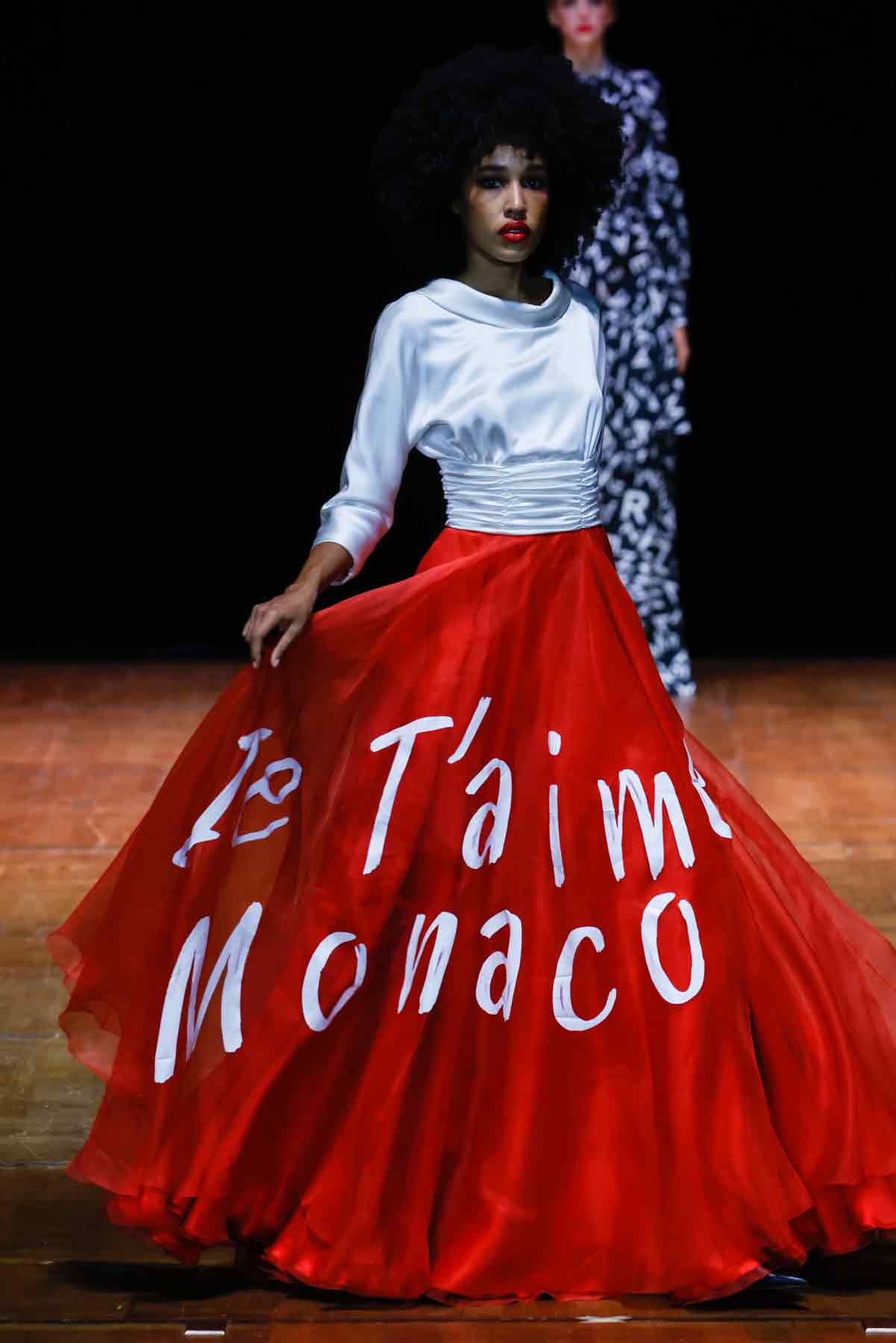 Made in Monaco Award for the Monegasque brand Crisoni for his contribution to spreading Made in Monaco in the fashion word by accentuating, in his made to measure creations, those sophisticated characteristics that amplify the endemic tailoring of the territory, giving life to a luxury experience to wear. An award with a strong artisan component summarized, on stage, by models who wore its creations and which saw Andreas Allenbach, CEO of the Monegasque brand, receive the award from model Lara Leito flanked by Claudio Siffredi, Treasurer and Vice-President of the Chambre Monégasque de la Mode. The Fashion Awards Ceremony was enriched by some musical moments: the talented young Monegasque pianist Stella Almondo, the tenor Stefano Secco, the mezzo-soprano Sarah Punga and the violinist Zhang Zhang.
The Monte-Carlo Fashion Week continues in the next few days with its rich calendar of exclusive appointments which, between fashion shows and moments of encounter, will culminate with the closing fashion shows of Amber Lounge of the genderless brand Alter by Pauline Ducruet,  the Arloe Swimwear collections, the elegant dresses of Gina Frias, and the female representation of Dea Madre, to conclude with the same Monegasque brand Crisoni who will dress some international pilots.