Those in the know in Milan regularly attest that men’s fashion week—especially in summer—counts among the most entertaining moments in the city’s calendar. Then, inevitably, they will add: “but nothing compares to Salone di Mobile.” Post-pandemic, this 1961-founded furniture fair was moved from April to June this year, and it really is a blast. Italy has countless high-design furniture specialists, and many in Milan’s fashion canon, including Versace, long ago diversified to offer interior design as well as exterior design. 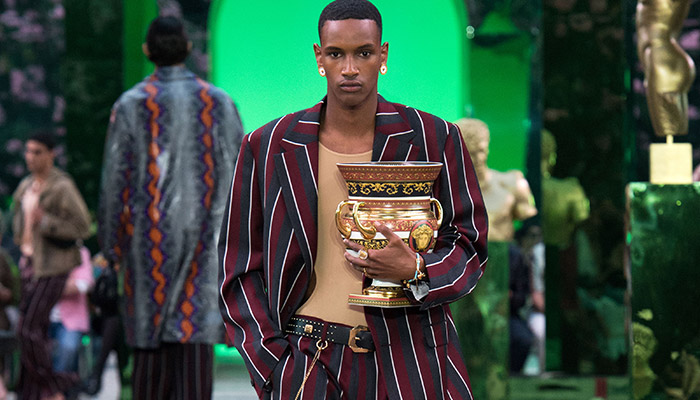 Tonight the house imported a hefty dose of its long-running Versace Home collection into a revived men’s show held back in its Via Gesù home. Models walked carrying urns and vases, or sported saucer earrings and espresso cup belt fancies. You got the feeling that this styling twist was the serendipitous result of the new proximity of Salone to menswear, but it worked excellently against the mood of this classically-skewed collection. Going through the archives. Donatella’s menswear attention had been drawn to an archive print featuring the frozen-in-lava death masks of Pompeii—the Naples-neighboring Roman town that was frozen forever by an eruption of Mount Vesuvius in AD 79. This print proved the starting point to a kinkily intellectual collection that combined simplicity, sexiness and depth. Against these prints played the rigidly formal striping of regimental clothing—another out-of-time classical clothing code. Versace put them in her blender, added a pinch of powerfully colored python print, chucked in some lemon-hued latex for a twist, flipped the switch, and let the results erupt. Out onto the pebbled runway flowed a powerfully hot collection of lovable menswear. Forward-facing pieces including racerback onesies for men were placed against traditional items recontextualized, including double layered tailored jackets and overcoats recast in that lemon latex. Funny touches included the gold headpieces worn by certain models, among them the sons of key house models from the past, including Mark Vanderloo, Helena Christensen, Andre van Noord, Carla Bruni, Megan Douglas and Angela Lindvall. This was a cleverly deft collection that could have benefited from more organized communication from the house, yet was eminently readable nonetheless thanks to the quality of Versace’s menswear team. 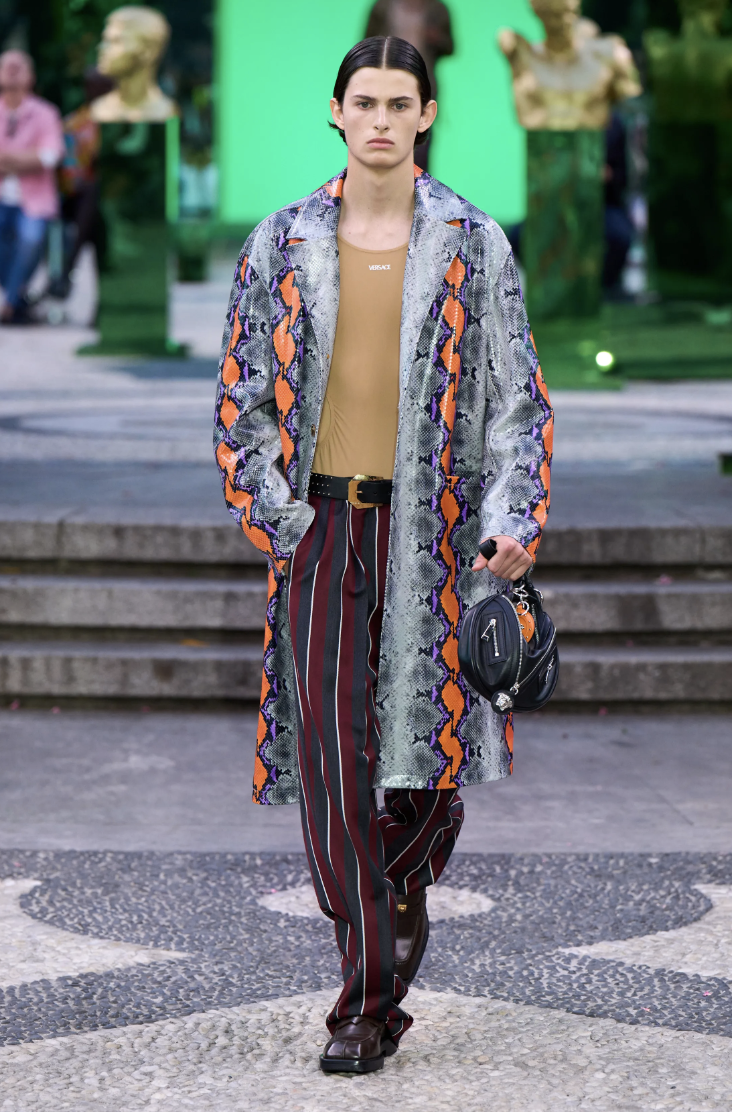 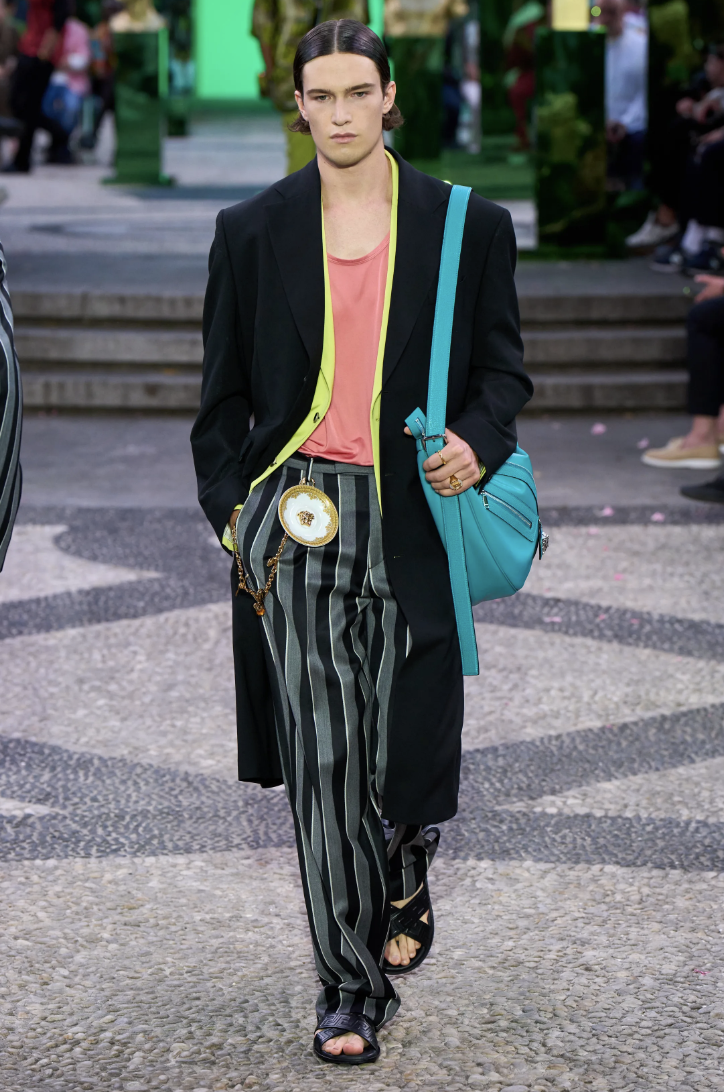