The armchair remains an iconic object and is representative of the birthplace of ideas; it is where one returns to imagine, think, create. This is why the artistic idea behind Sit Down To Have an Idea® is person-oriented, offering not just a piece of furniture, but a true experience. 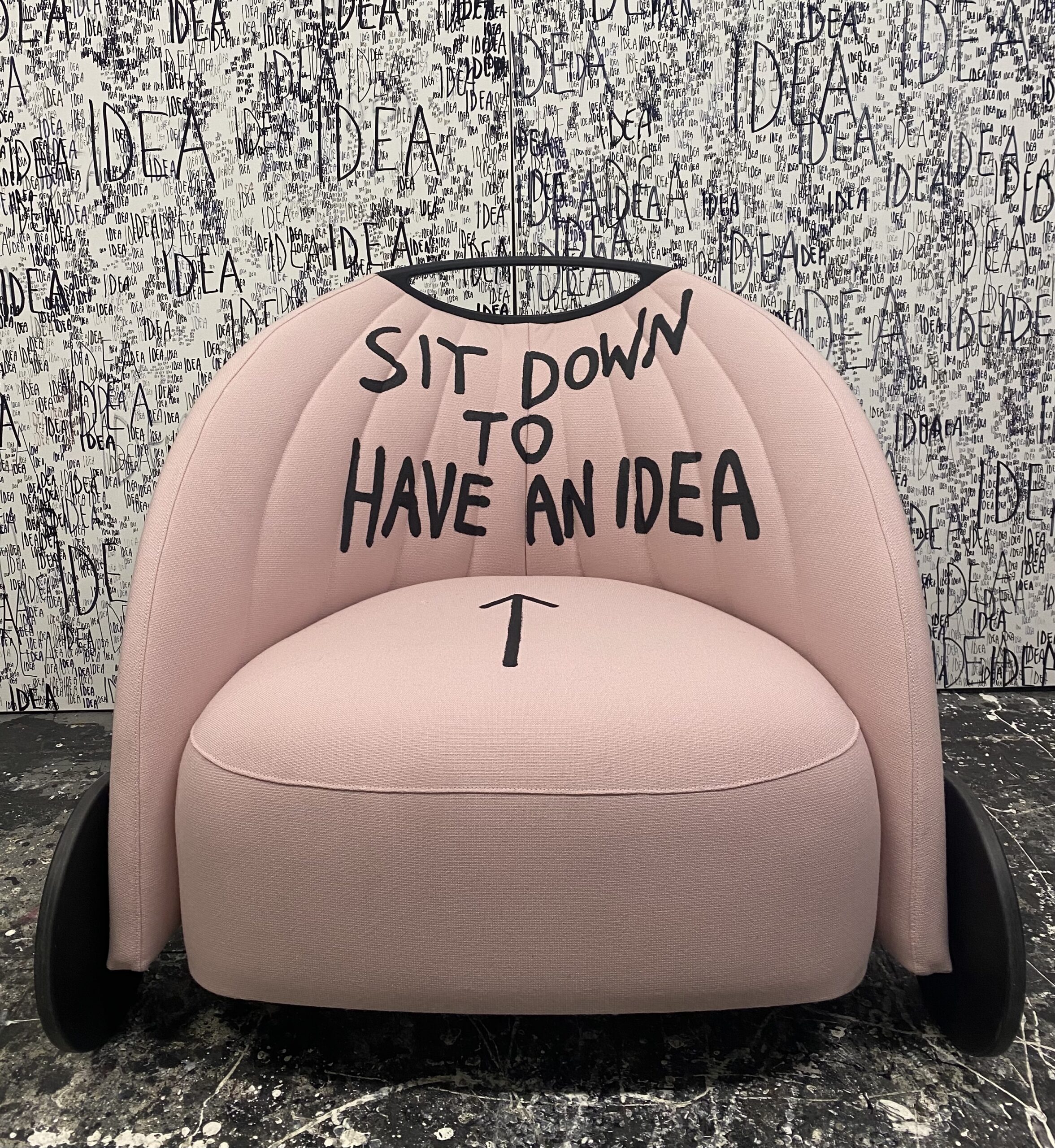 Initially presented at the beginning of the year at La Rinascente in Milan in a new and innovative Instagram Corner, ‘Sit Down To Have an Idea®’ have now become a limited-edition collection. The four original works of art designed by Andrea Bianconi on two iconic Luxy models – the Biga and the Italia (both designed by Favaretto & Partner for Luxy) – have just concluded an epic European tour, spanning across four symbolic European cities, creatively documented by four internationally renowned photographers. 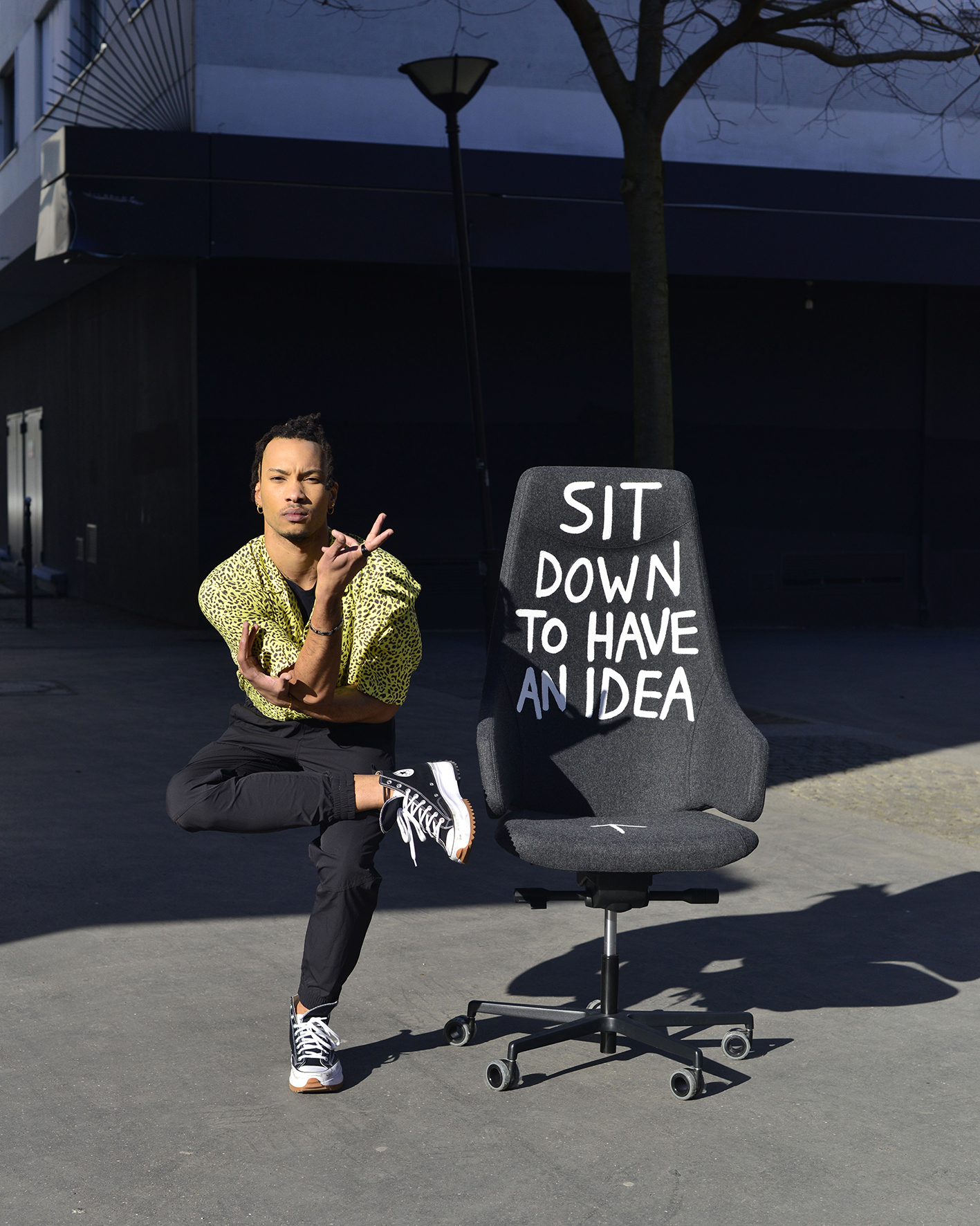 Nicola Lo Calzo shows us the most authentic version of Paris, deep in the streets near the Gare de Lyon, creating an open dialogue between passers-by and the chair. He gives voice to a gritty, authentic reality, which has so long been silenced. The Luxy chair becomes an element of the city, a bit like its inhabitants or furniture thrown to the wayside on the street, highlighting an exceptional microcosm, communities, and multiple identities. 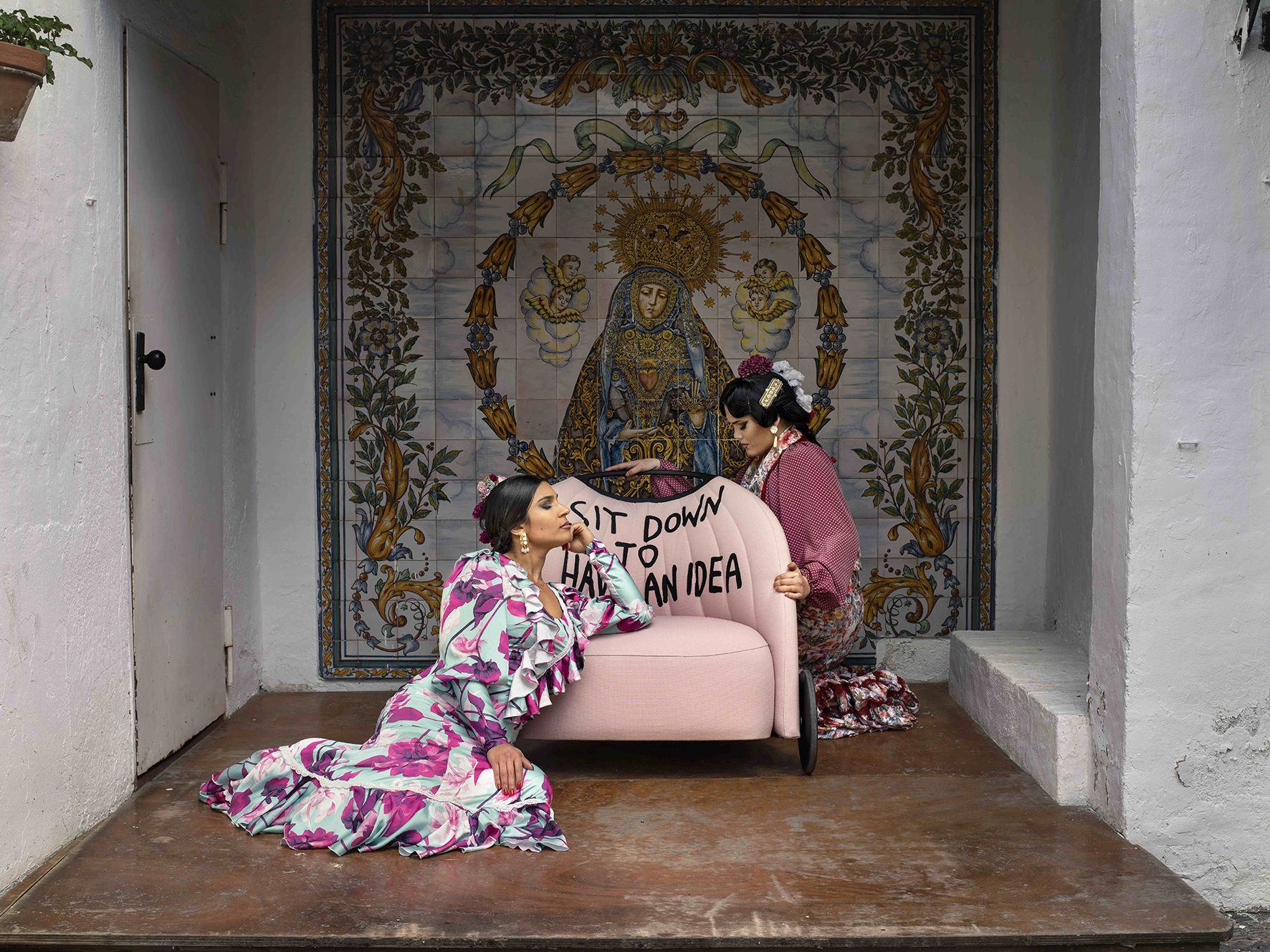 Guia Besana introduces us into the magical Catalan culture, with the joyful and passionate notes of Flamenco, marked by the beats of dancing feet and hands. It is overflowing with magnetism and suggestiveness of a mysterious female-driven reality. 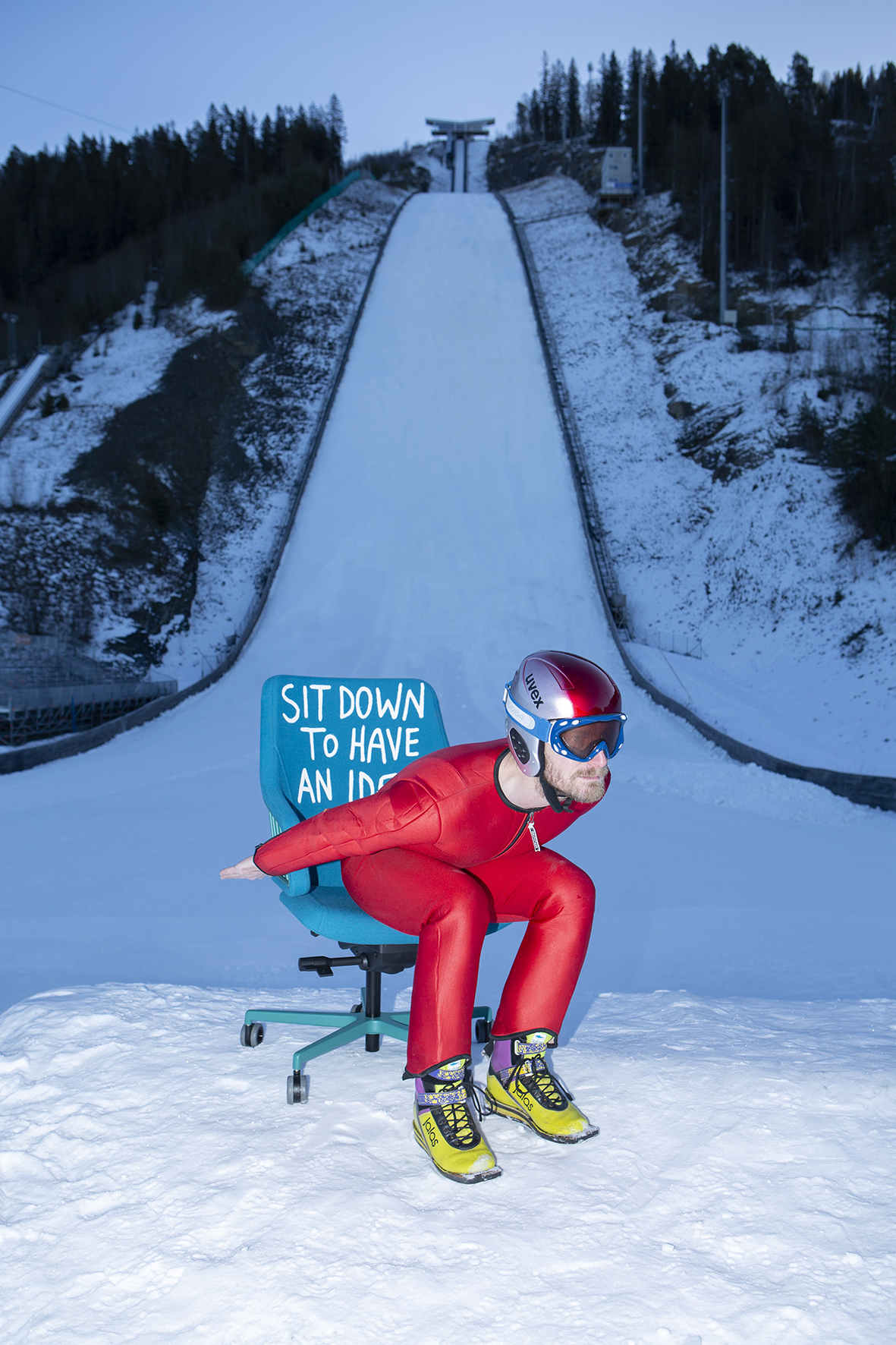 Giulia Mangione has taken the Luxy chair to Oslo, traversing the snowy Norwegian landscape. The chair is now transformed into an alternative to a sleigh, then into an unexpected ice fishing companion, and finally into a perfect piece of furniture to adorn a Norwegian tent. The Luxy chair is decontextualized and inserted in an unexpected environment, acquiring a new ironic and playful personality.

Alberto Giuliani‘s work is a reflection on the concept of ideas as “visions”, always personal and ever elusive. To catch it we need to pause, think, and listen. Giuliani has invited the viewer into a neutral place where one uses thought to imagine the future or understand the present. The philosopher and the child, the psychotherapist or the poet, each one sat in the armchair to think and share their reflections around the concept of an idea. The emptiness of the space was thus filled with unadulterated, surprising, and intimate thoughts; it is the result of an encounter devoid of external stimuli, which revealed the widespread and urgent need to dream.

The final works, consisting of the chair and the photographic documentation of its European travels, will be auctioned, with all the proceeds going to charity – a decision that underlines once again the centrality of the Human Being in this project and in Luxy’s brand DNA. The Sit Down To Have an Idea® project doesn’t end here, giving the public the opportunity to own part of this phenomenal experience, with the release of exclusive limited-edition art multiples of the chairs, complete with a declaration of authenticity from the artist, available for purchase through the Luxy website. Sit Down To Have an Idea® represents a true way of life, a new philosophy with humans at the forefront that re-establishes the value and central role of the individual in their creative everyday life.