The infinite world: Yayoi Kusama X Louis Vuitton The collaboration was first teased part of the luxury label's Cruise 2023 show and now is set to be released in January 2023

Their first collaboration, which came when Marc Jacobs was the creative director of the fashion brand, featured the polka dots on LV bags such as Speedy, Keepall and Neverfull among others. The bags from the 2012 collaboration continue to be highly sought-after by collectors.

Now, 10 years later, Louis Vuitton is again teaming up with Kusama, this time dressing some the bags and clothing created by Nicolas Ghesquière in the artist’s recognizable work.

Meanwhile, swimsuits and the Dauphine handbag have been updated with Kusama’s colorful painted dots, another trademark technique.

“These exclusive bags feature a reinterpretation of the artist’s obsessive dots across Louis Vuitton signature shapes as well as on new models,” Louis Vuitton explained when it debuted the new Kusama collaboration in May 2022.

The runway reveal was “a true first taste of a transversal collaboration that, come January 2023, will radiate through all Maison categories.”

The early images confirm that there’s a lot more in store than the first LV x Kusama collection, with thematic apparel, bags, and shoes all receiving the Kusama touch.

The Kusama collab is so big that it actually figures into Louis Vuitton’s first quarter earning expectations. 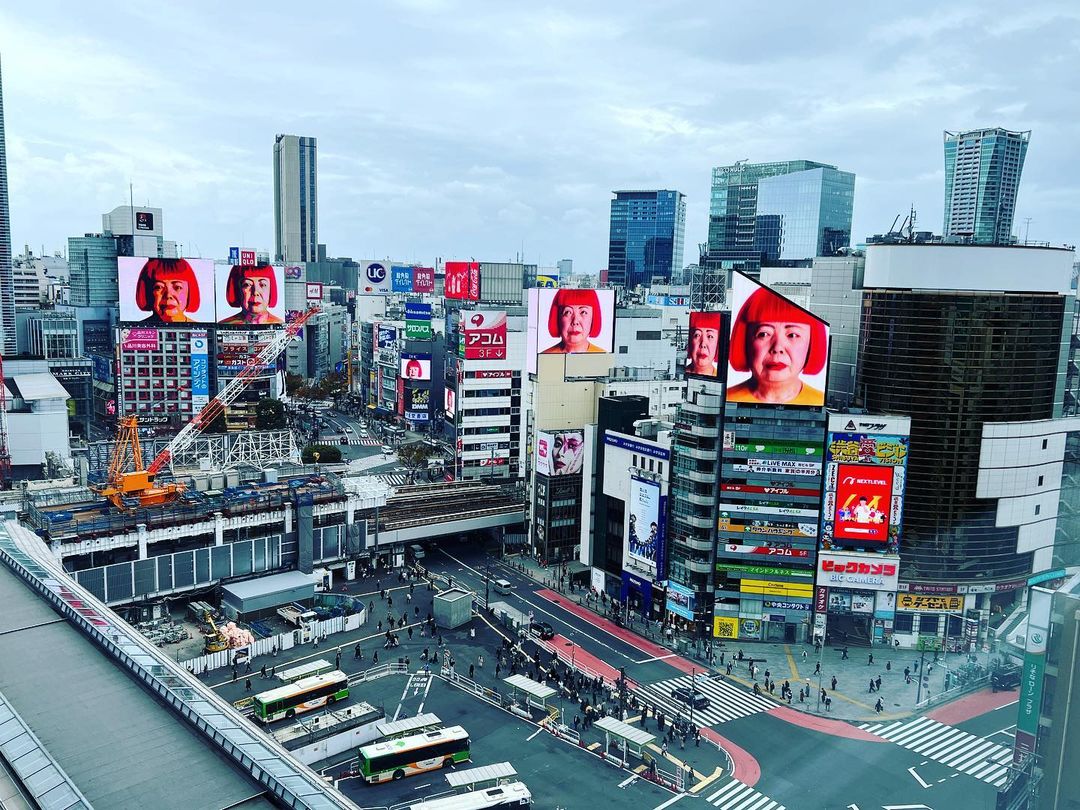 Louis Vuitton x Kusama installations and where to see them

As the Louis Vuitton x Kusama collaboration continues building up the excitement, fans of the brand, Ghesquière, and the Japanese design legend can get a feel of their upcoming partnership through various installations across Tokyo that will be accessible through December 2022.

The Tokyo Tower has been transformed into a holiday tree decorated with lights and the LV logo outside the tower.

Installations at Tokyo Station include a huge skating rink whose walls are covered in Kusama’s polka dots as well as a box with artworks resembling a fish and the LV logo, among others. There is also an LV Fish Café installation on Gyoko-dori near Tokyo Station.

An LV logo installation has been placed at the foot of Zojoji Temple. Onlookers at Shinjuku will see a 3D billboard taking them inside an LV trunk featuring the polka dots and an avatar of the Japanese contemporary artist.

Chrome sphere sculptures and a pumpkin-shaped hot air balloon — a distinctive feature of Kusama’s works — can be seen at Shiba Park.

A map of the locations where the installations have been set up is available on LV’s Japanese site.