Palace x Y-3, the 20th anniversary of Adidas and Yohji Yamamoto To end the celebration of one of the most successful collaborations ever on a high note, the German sportswear giant and the Japanese designer blended the aesthetics of Y-3 with those of Palace Skateboards

This year adidas and Yohji Yamamoto celebrated the 20th anniversary of their historic Y-3 collaboration with the “20 Years: Recoded” series.

There’s adidas – at its most fashionable, the Y-3 line overseen by Yohji Yamamoto. There’s Palace, which adds another hype collaboration to an ever-growing list. There’s soccer, personified by Zinédine Zidane, arguably the most stylish outfielder in the history of the game. There are all the ingredients of a collection-this one, another one! – capable of combining soccer and fashion. Yet another demonstration of how the world’s most popular sport has become the perfect destination to experiment and create drops whose items are pulverized in a matter of minutes.

The launch campaign starred Zidane, a historic adidas testimonial who is still, more than fifteen years after retiring, one of the most appreciated soccer players there is, and French skater Lucas Puig, somehow an “emanation” of the DNA of Palace, the London-based brand that, before developing a global fanbase, built its reputation as a cult brand in skater communities. In the launch video – made by the visual artist Jack Davison, with the help of the stylist Robbie Spencer – Zidane and Puig wear a tracksuit from the collection – the former white, the latter blue – and swap roles: Zidane tries to juggle on a skateboard, Puig tries his hand at some dribbling with a special edition of the Teamgeist, the 2006 World Cup ball, the French ten’s last glittering performance as a soccer player. 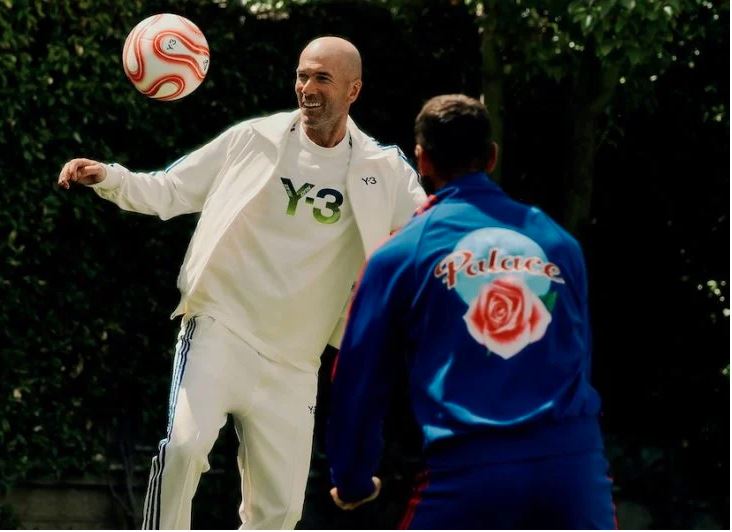 What’s in the collection
The highlights of the collection are the tracksuits themselves, embellished, on the back, with a graphic featuring a rose – one of Yamamoto’s distinctive “symbols” – and Palace lettering placed above it. The rose also returns on a coach jacket, black, and on another special feature of the collection, a real soccer jersey: a red base that fades in the middle to make way for the Yohji Yamamoto lettering, by way of a sponsor, with a design that recalls certain adidas templates used, once again, in the 2006 World Cup – French national team in primis.

Bomber jackets, track jackets, hoodies, pants, T-shirts, and various accessories (including caps, bucket hats, a fanny pack, and the aforementioned Teamgeist) complete the collection, as well as three versions of the Y-3 YUUTO, the sneaker first launched in 2004 and still from an eye-catching design with a truly cutting-edge style. In Palace’s reinterpretation, the three colorways are black, acid green and cream with, again, rose artwork applied on the upper. 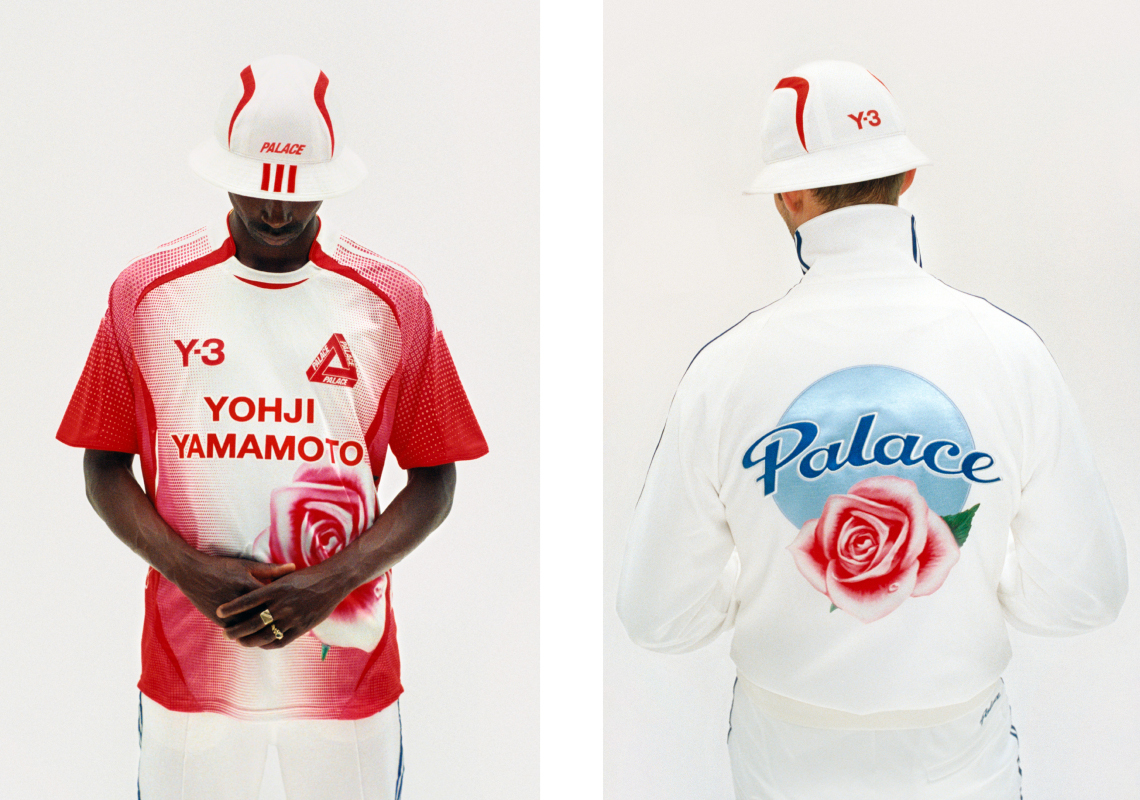 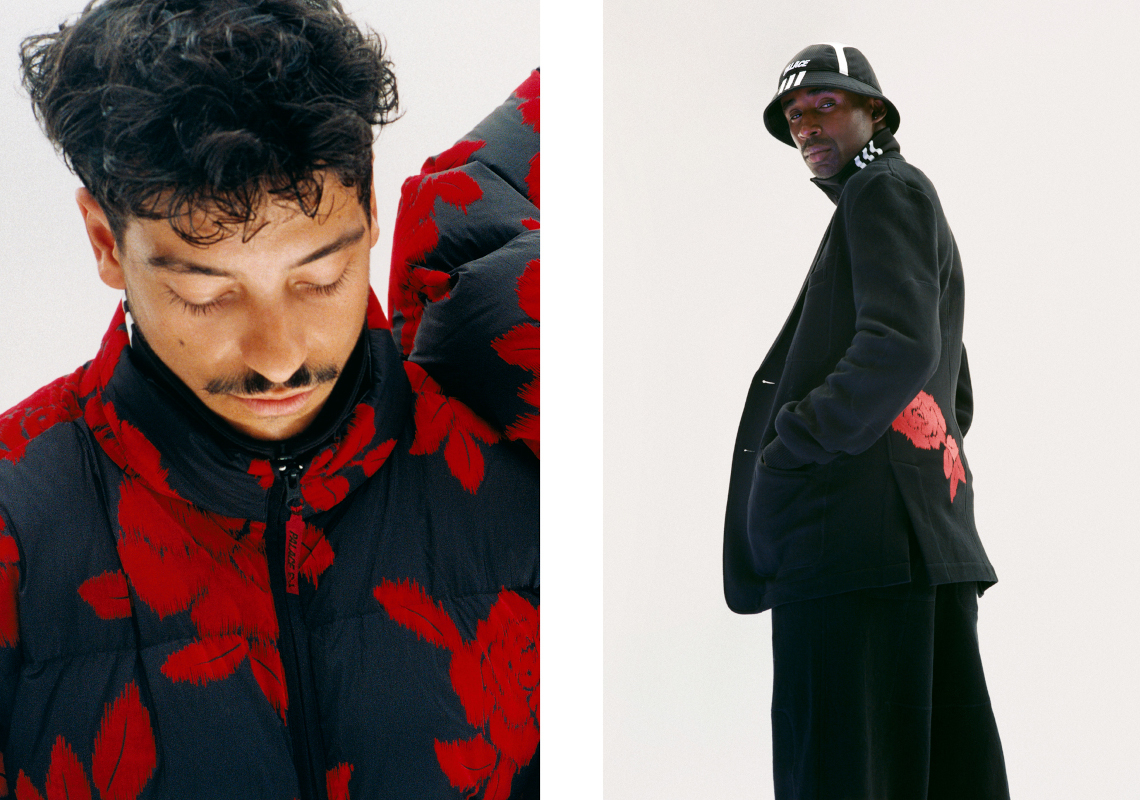