The studio design, commissioned by Teller who we have featured previously, is made up of three individual concrete volumes with gardens, a top lit studio space, a library, a yoga studio, a sauna and a meditation room. A pair of staircases on each side of the studio lead up to mezzanines in suspended concrete blocks that house offices for Teller’s team and archive rooms. The frequent use of concrete is mitigated somewhat by the natural light that pours into the central space via a glass roof, and glass walls. The space itself is integral to the famed photographer’s work—he uses it as both influence and setting for shoots and projects. Teller documented the construction process by taking a number of photographs, including one in which he is posing naked astride a donkey, and a series featuring Japanese band Bo Ningen perched on top of bags of construction materials with dinner plates. 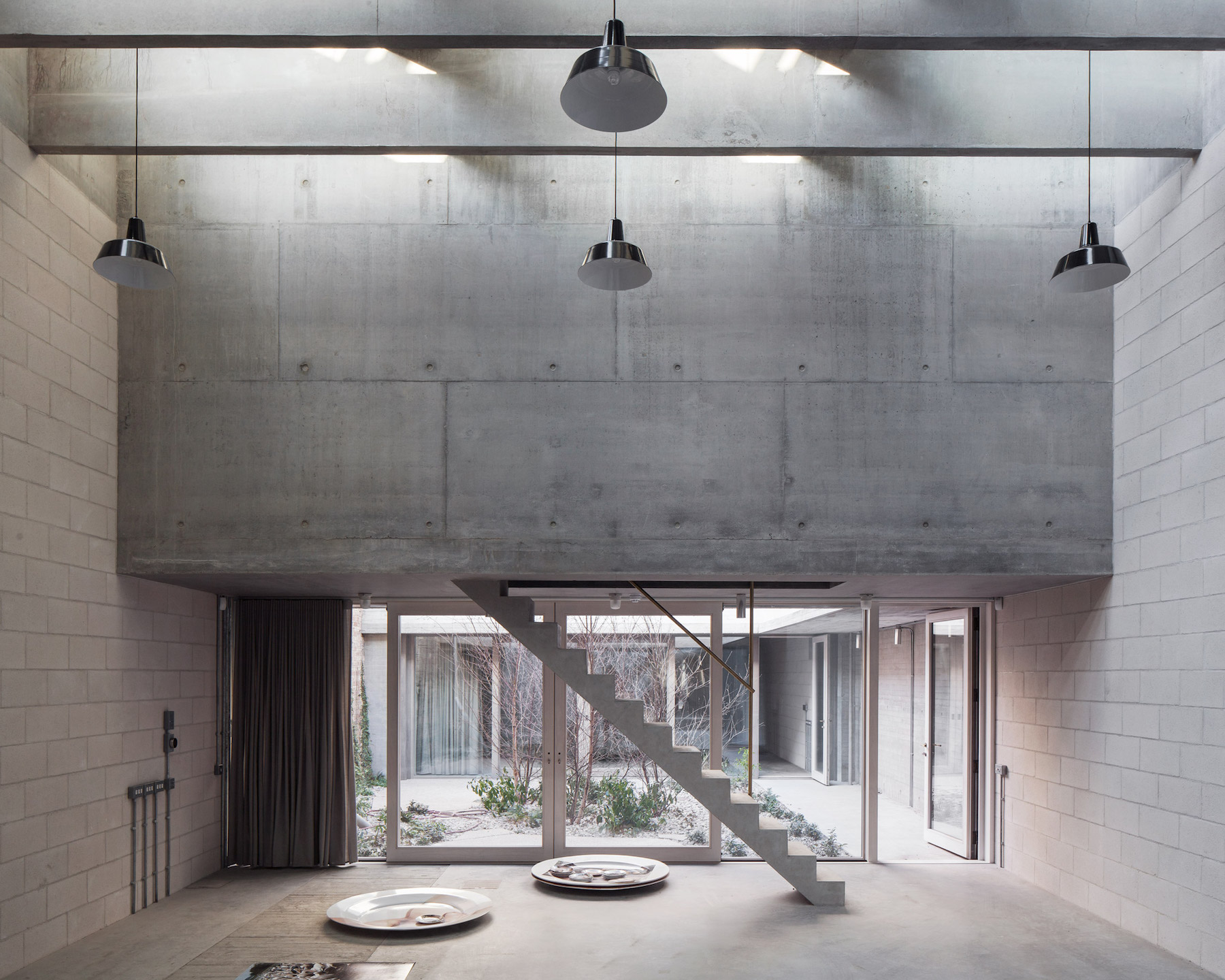 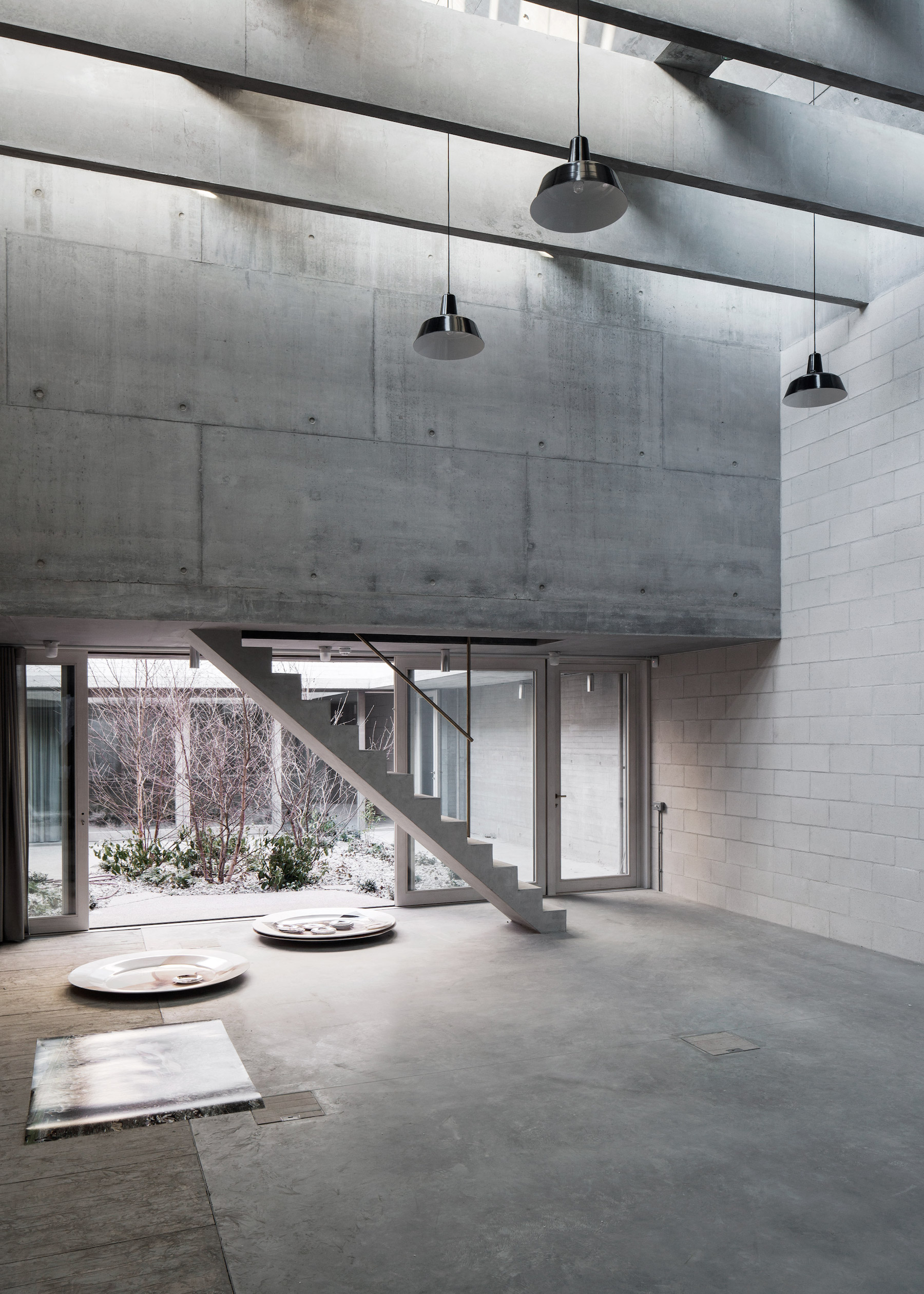 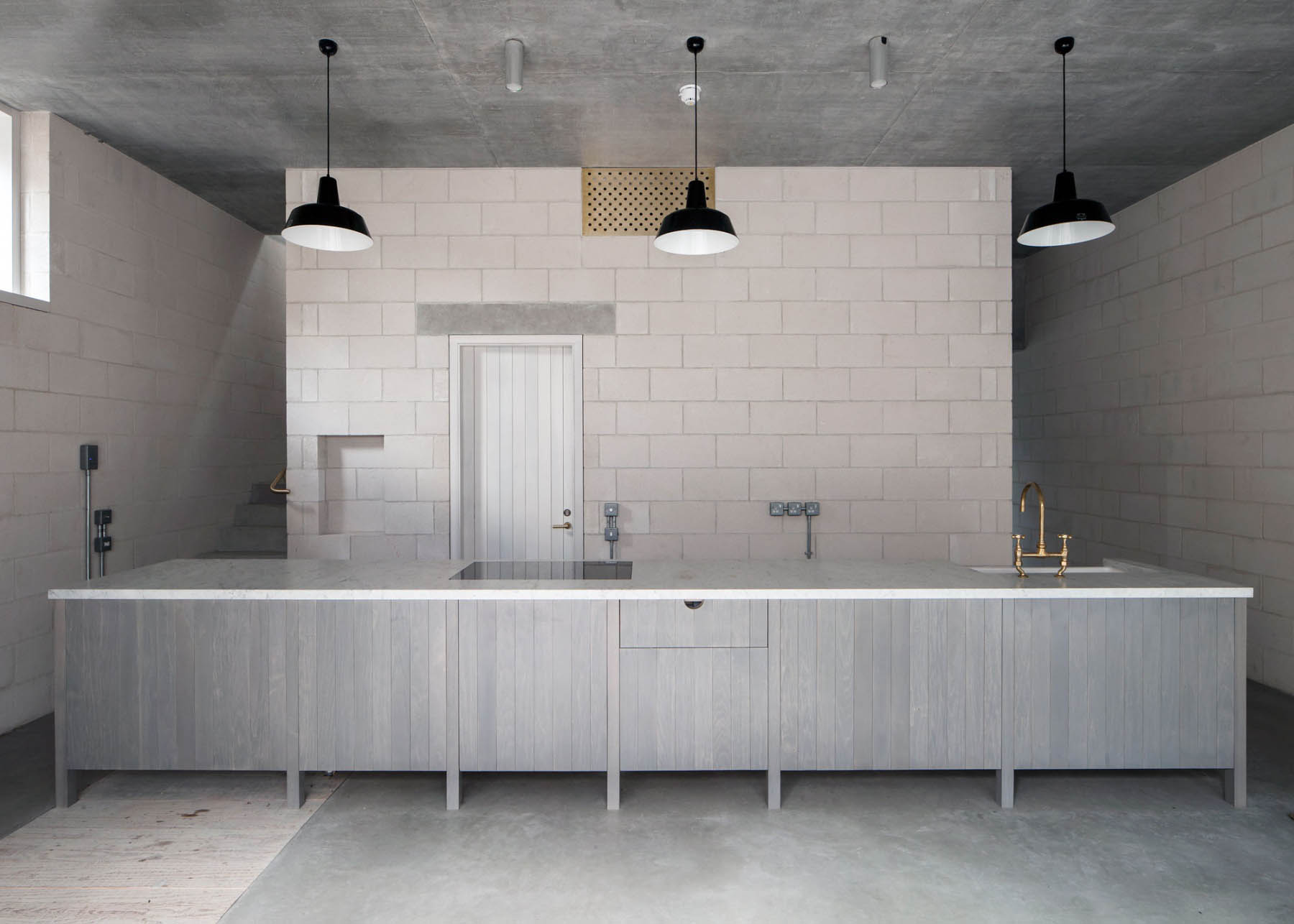 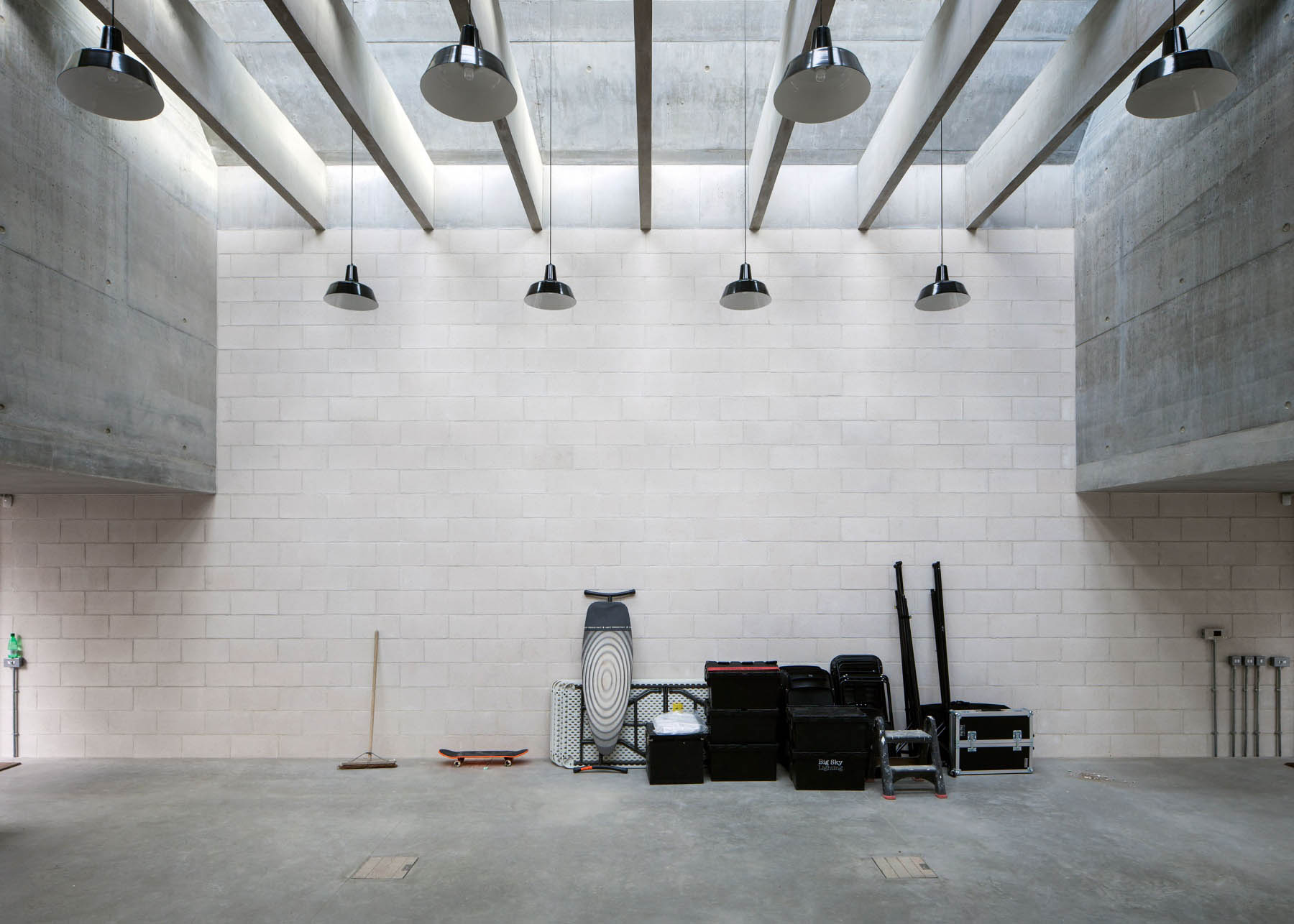 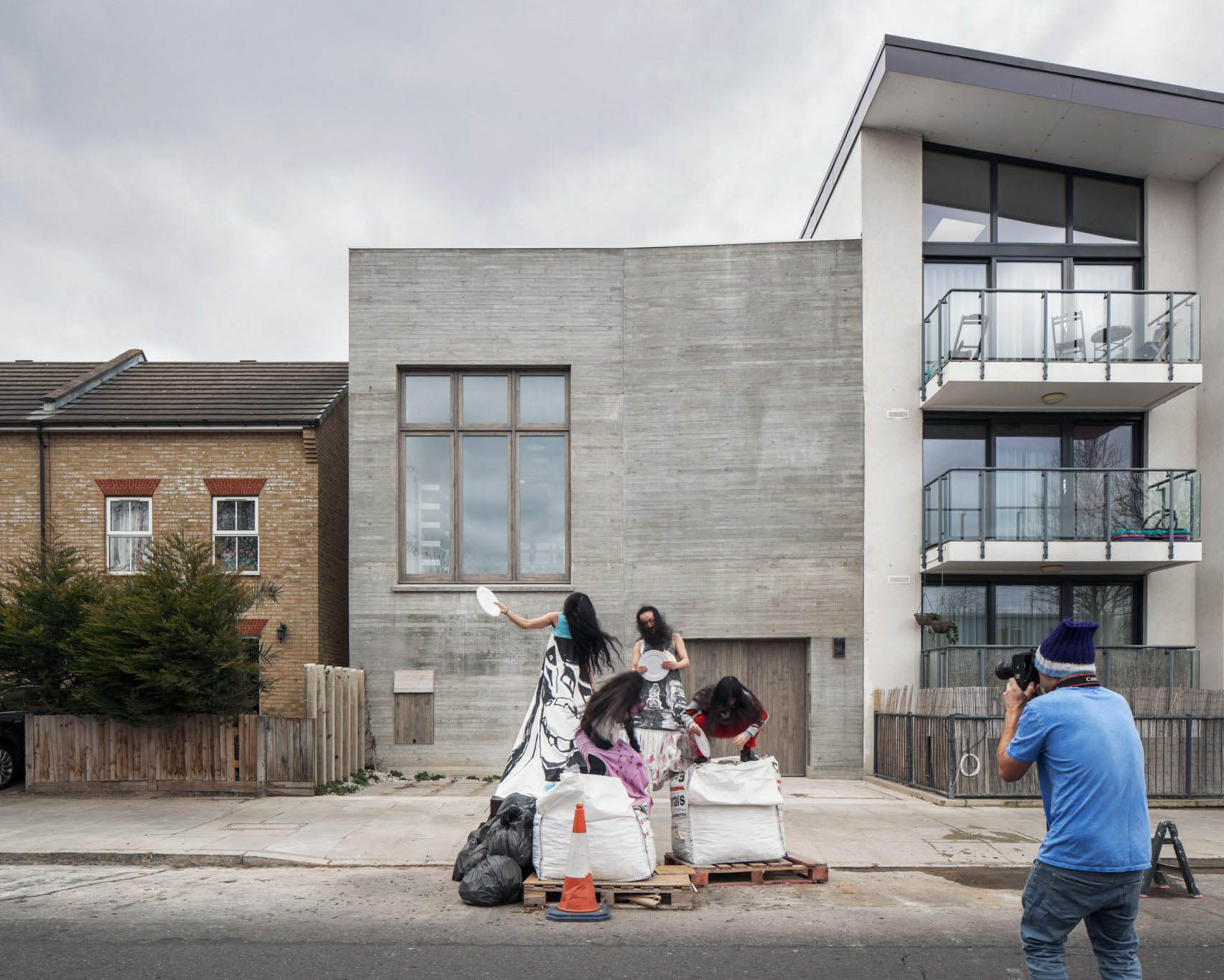