When it comes to driving forward sustainability and ethics in fashion, the consumer has all the power, says Hugo Boss’s former art director, Bruno Pieters. He has put his money where his mouth is by launching Honest By, “the world’s first 100% transparent company”, in January 2012. Honest By shows people where materials come from, how much they cost, who made the product, where it was made and – crucially – how much money everybody earns along the supply chain, including Pieters himself.

Pieters says his model – which even records minute details such as how many buttons are on a shirt and the length of thread –”can be used by everyone”. But how does it work? I first met Belgium-born Pieters when I interviewed him for an article on the Source Summit in London – a day out with the who’s who of ethical fashion. He cut a striking figure with his shock of hair, striking glasses and a slick style of dress that fashionistas call “architectural”. He says it was the failure of heritage brands – Chanel, Versace and other “bling” labels you often see faked on eBay – to live up to their reputation that led to his interest in ethical fashion. “Heritage brands kept the pricetag but changed the way they made things,” Pieters says. “You would think that if you bought a bag from a French heritage brand, you’d pay a few thousand Euros for it because you were buying into tradition – that whole Made in France thing… But it was being mass produced somewhere in India or China and shipped to Europe, finished off here and have ‘Made in France’ stamped on it.” “For me, that was the reason to go transparent. When you work in this industry, everybody knows everybody else and you know that this is going on. You generalise and accept these practices as the way everybody does things. But you are still making things that have no relation to what the brand sells itself to be. “Something is ‘luxury’ because of the design, the process, the materials. Most consumers don’t know where their clothes come from – regardless of the price range. If you’re buying luxury goods at luxury prices, you assume automatically that it is good. It’s not. And that’s crazy.” Imagine that a fancy brand sells a handbag at £2,500. People buy it because that design house has a reputation for being dangled off the wrists of everyone from Jackie Onassis to Beyoncé. The fancy brand has a website that tells you its products are steeped in tradition. What you’ll see is a glitzy product alongside the rough hands of a tanner amid piles of hide – possibly in a countryside setting.

The reality is that a team designs a bag – usually as they try to predict what will be “hot” two seasons from now (that’s a year in normal-speak). Someone then sources the material, finds a factory, sends the designs off with whatever security they feel is needed so that high street brands can’t steal the idea.

“If you buy the same bag style for £50, you can often find that the materials to make it come from the same people and the same suppliers,” Pieters says. “They sometimes use the same factories. Nothing is totally made in Europe anymore. Try to find a zip that isn’t made in China.”

His words echo something I found when I was filming in India. A factory was making sports shirts for a major UK outlet and a more upmarket brand. Same fabric, different colour. Even identical styles. The only difference was that one shirt got a £15 price tag and another got a £65 one. Pieters says higher up the food chain this happens less and couture dresses are still handmade in Paris. As for the ready-to-wear clothes, where they come from is a mystery. Even though labour may be cheaper in some countries where it is produced, these brands are still charging the same prices, giving them a huge profit margin. “I started Honest By because I wanted to be proud of my work. Total transparency is easy. The only reason it doesn’t happen is because consumers don’t understand that they can demand it. If people asked for it, it can happen tomorrow. “In terms of the research that goes into our supply chain, now suppliers just email it to us. They know we ask for it. We’re small compared with somewhere like Hugo Boss. We can do it because whatever the client wants, the supplier will supply. “What corporations say is that transparency hurts their markup – their profit – which is already huge. The effect won’t be great, but every cent matters to them. They pass the higher cost of organic cotton to the consumer because they don’t want to sacrifice a percentage of a cent. That’s how it is. But as the demand grows for organic cotton, it becomes cheaper. Pieters insists that the consumer can use their wallet to get through to fashion brands and that it is pointless to blame brands for the way the world is today. “Companies don’t anger me because they are not people… If you make brands responsible for bad things, then that means you aren’t responsible for them and you won’t demand that brands change their ways. If brands are responsible, then you are just a meaningless consumer. And that’s not what you are.” Every interview about sustainable fashion invariably steers towards the events in April at Rana Plaza in Bangladesh, where 1,028 workers died when a garment factory collapsed.

“Each time you buy something, you are communicating with corporations,” he says. “They are already on the back foot over this agreement over Bangladesh but look at what they are agreeing to – to ensure the buildings don’t collapse or catch fire? These should already be standards, not things you have to sign up to after the deaths of thousands. They’re only agreeing to what should already be the basic right of workers. ” 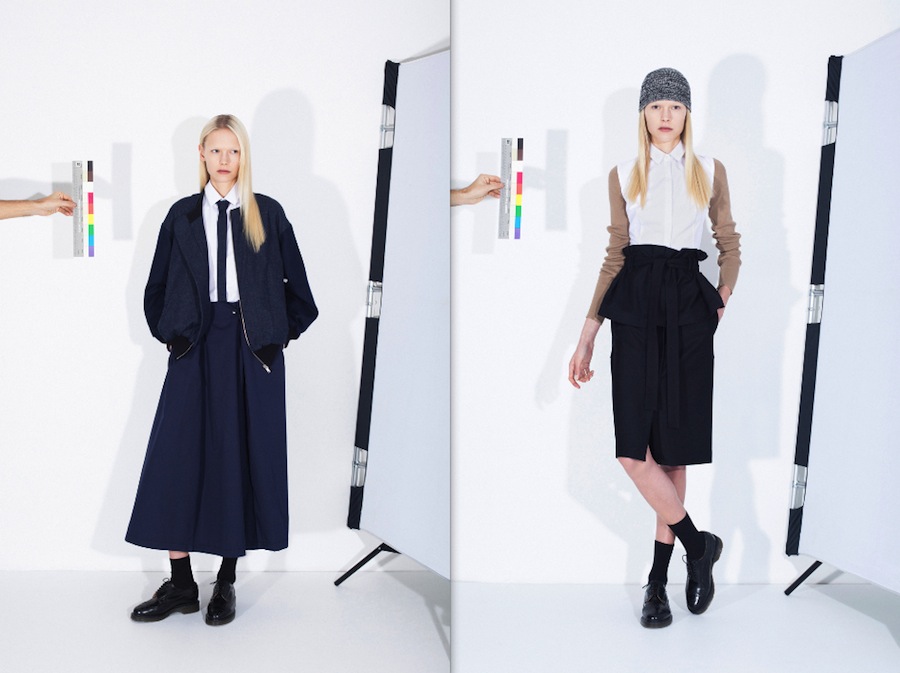 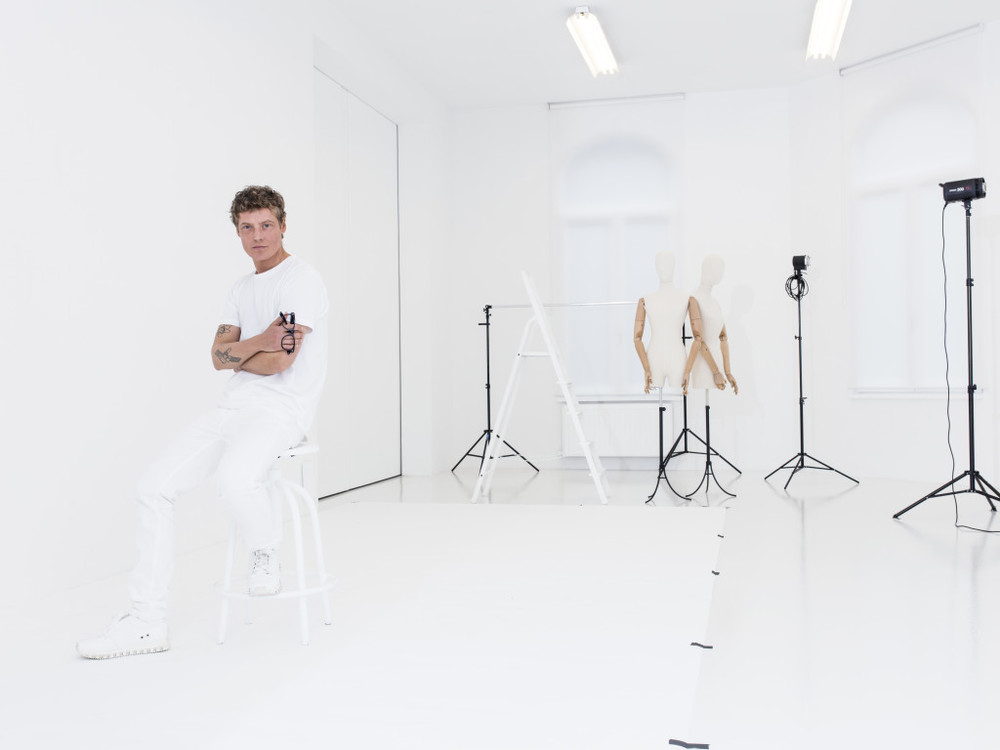 Courtesy of  The Guardian

Raf’s Calvin Klein debut Trust us, you don’t want to miss this

The show on the Moschino "Jungle Red"