This month, Christiana Coop and Aimee Lagos of Hygge & West present their first book, Hygge & West Home: Design for a Cozy Life (Chronicle Books), a look at the decorative flourishes that helped to transform 21 comfortable cabins, townhouses, barns, and bungalows into proper homes. Coop and Lagos spoke to the residents of those houses, inquiring after the elements that had afforded each one its particular sense of coziness, or hygge. Perhaps the most intriguing of the book’s subjects is the “Spaceship House” of La Selva Beach, California—built by landscape architect Mary Gordon between 1969 and 1972—where the artist and designer Angelina Rennell (who coined its name) lives part-time with her family. An unusually sculptural building, the 700-square-foot, white-stuccoed curio sits amidst a colorful garden, with the rolling Pacific visible just beyond. “A lot of work went into picking plants and landscaping … picking the colors, [deciding] how the plants would grow,” Rennell tells Vogue. “There’s a sense of minimalism and restraint, but the garden is also unusual, and really out there.” The house could be described in similar terms. All curvy walls and concrete flooring (reminiscent of the Guggenheim Museums’s Frank Lloyd Wright-designed building, if on a much smaller scale), it’s warmed by Rennell’s selective use of color and texture, mostly by way of bright pillows and a knotty Moroccan rug. A “spirit of play,” she finds, befits the house’s quirkiness without completely betraying her own, more minimalist inclinations. “My vision in all my spaces is to slowly, over a lifetime, get rid of things I don’t like and replace them with ones I love,” she says in Hygge & West Home. This method of collecting dovetails nicely with Rennell’s work, which involves creating and curating clothing and home goods for her online shop, Beklina. 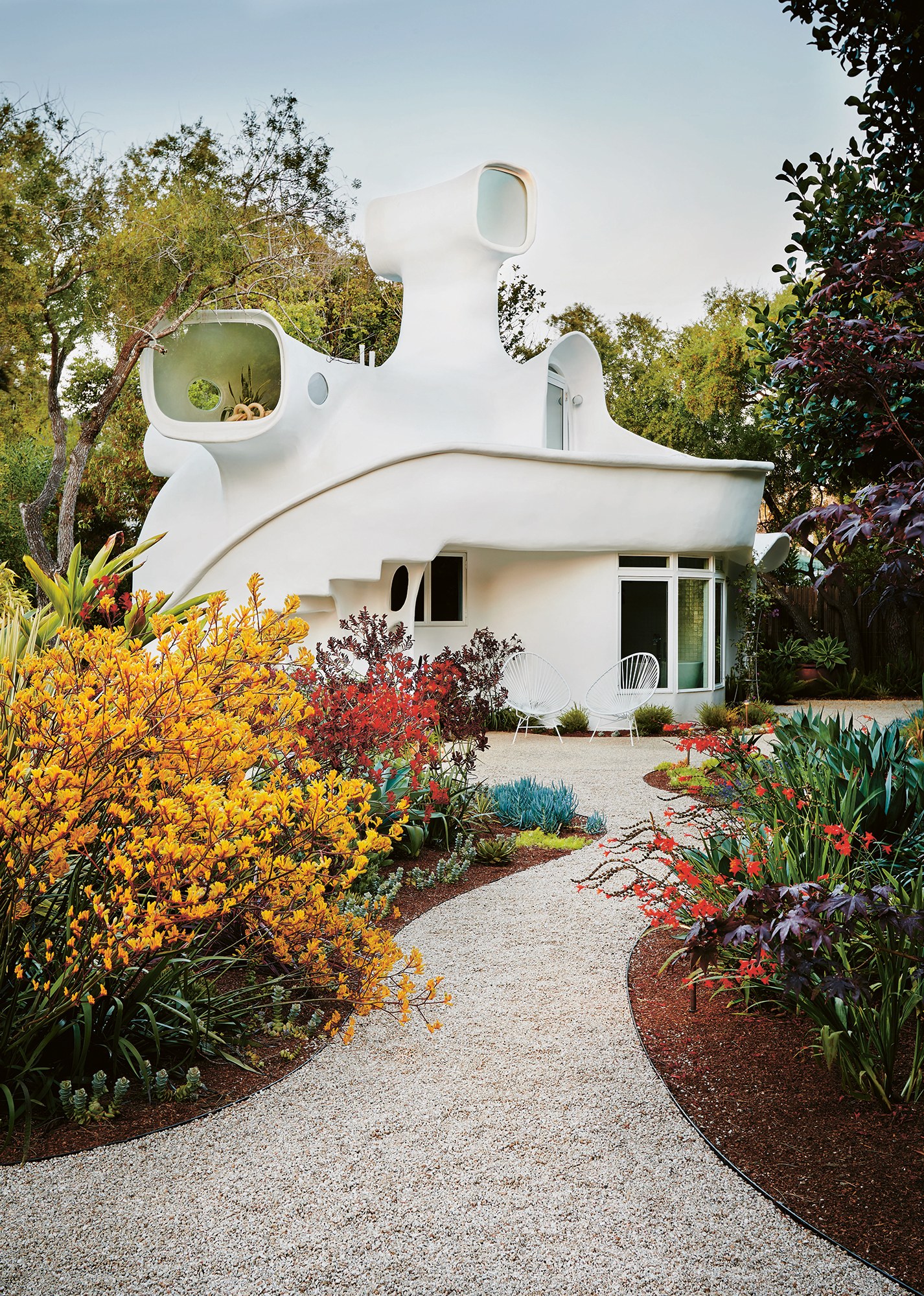 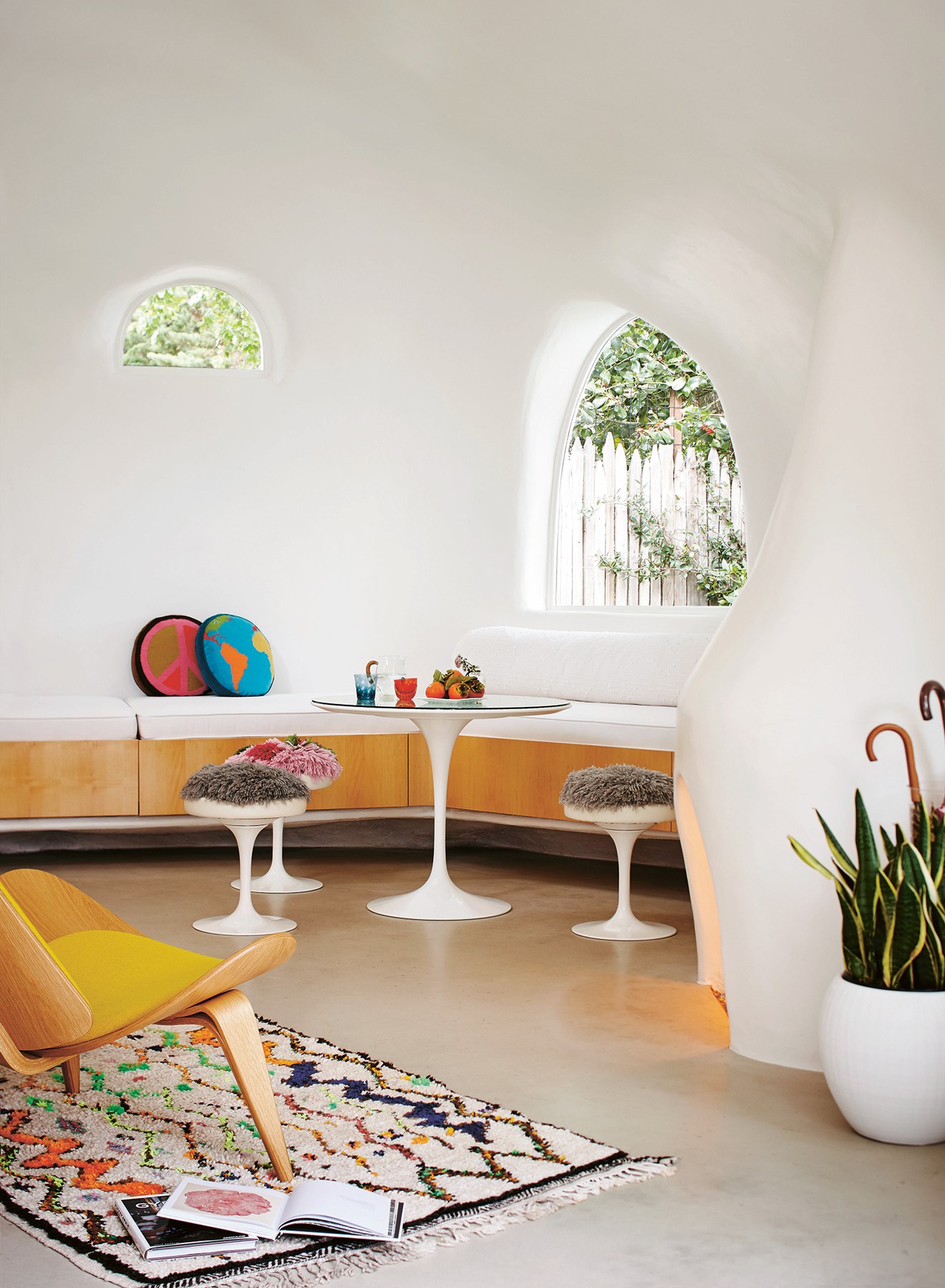 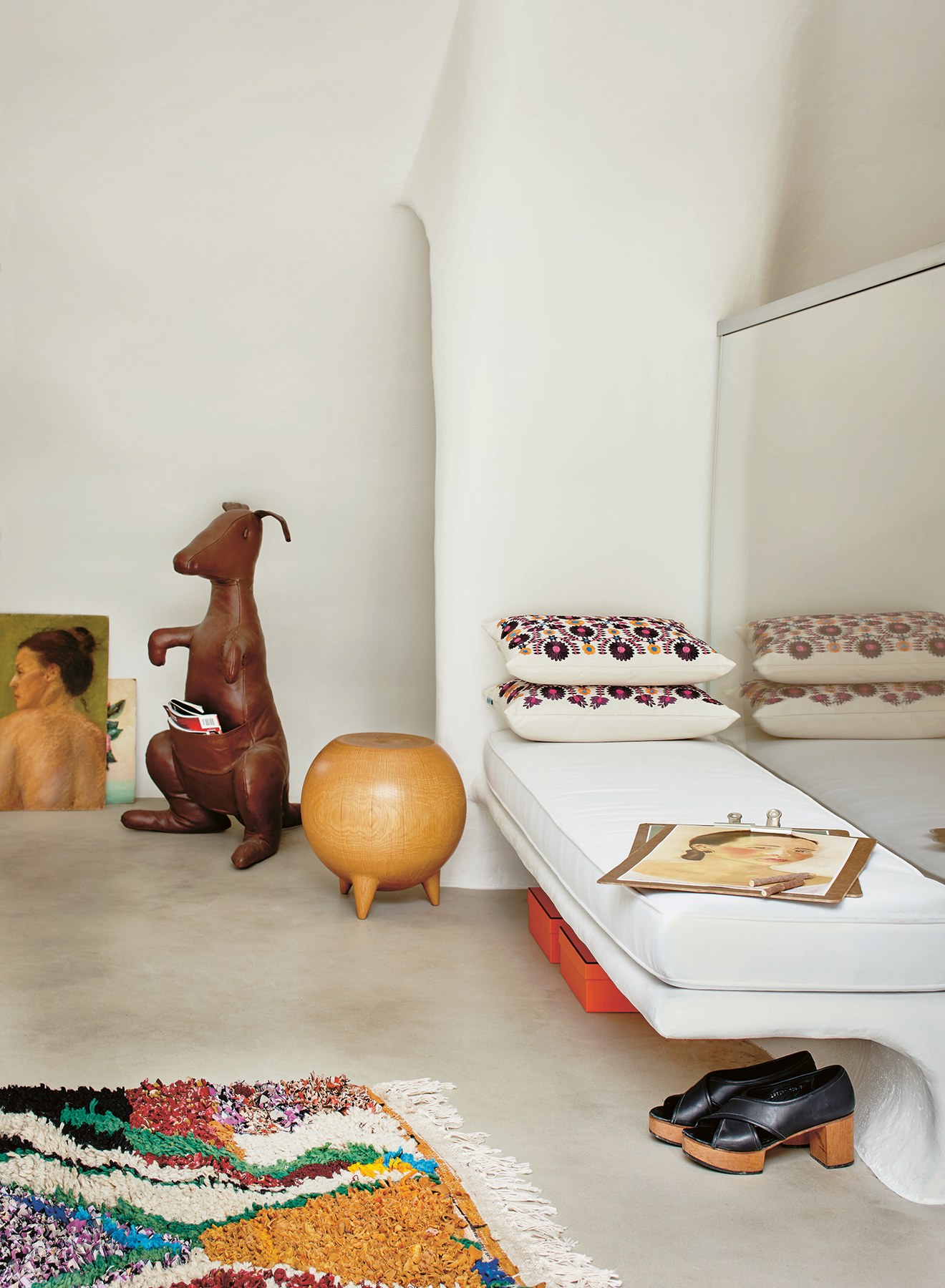 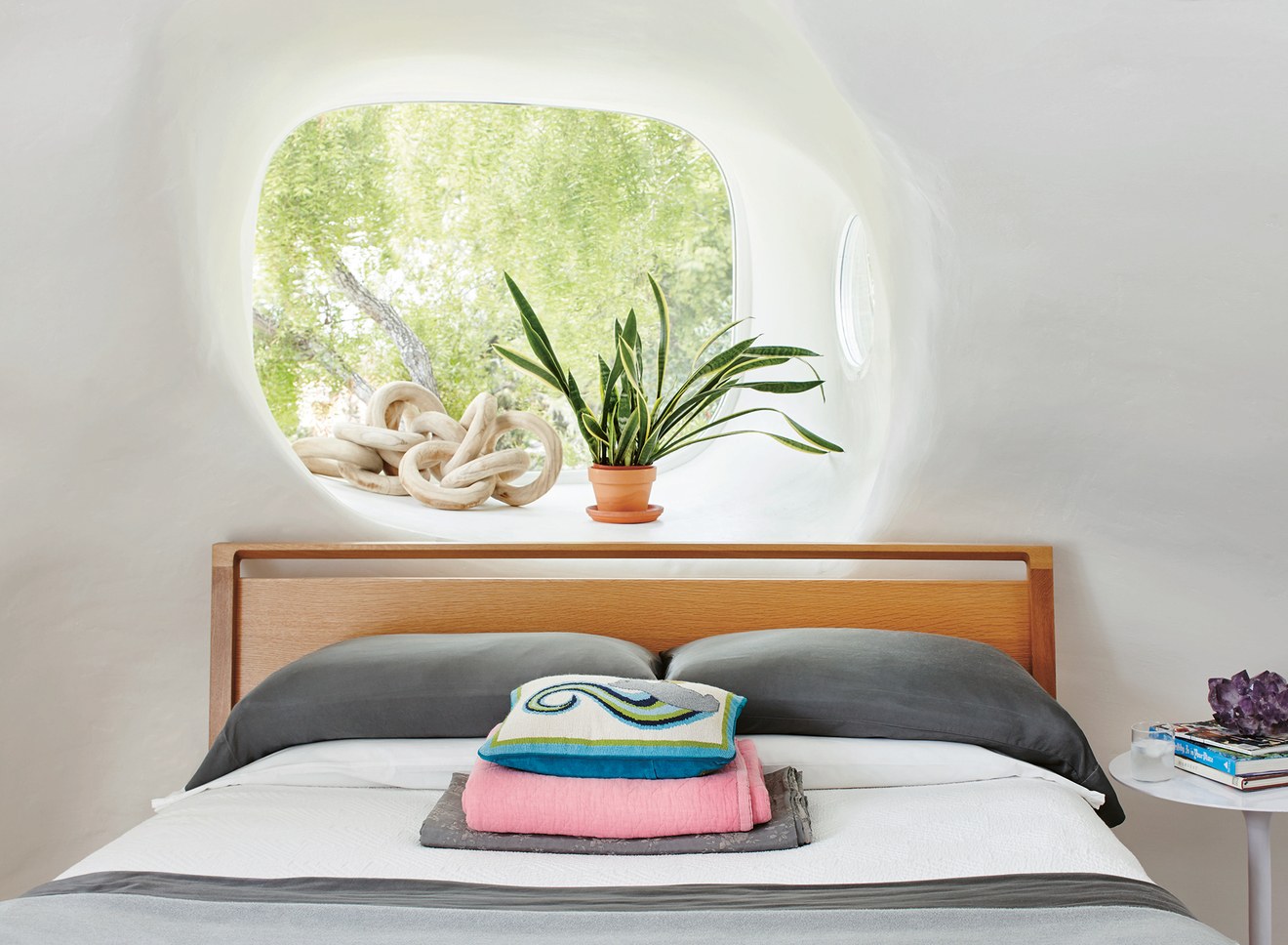