While Versace and Moschino went with major runway shows in Italy for their pre-fall 2019 collections, Louis Vuitton’s Nicolas Ghesquiére had a different plan in mind. After staging a dreamy Louis Vuitton cruise resort show in the South of France last May, Ghesquiére decided to sit out this year’s pre-fall 2019 runway circuit, choosing a lookbook starring Hollywood’s biggest stars instead.

In the campaign shot by Collier Schorr and styled by Marie-Amélie Sauvé, Thandie Newton is dressed in a black motorcycle jacket with exaggerated tartan balloon sleeves and a matching leather skirt; Indya Moore wears a floral sequinned bomber jacket layered on top of floral blouses and satin trousers, and Jennifer Connolly showcases a floral two-piece set with elaborate shoulders with button-detailing.

“These women embrace the various personalities that embody fashion at Louis Vuitton,” Ghesquiére said in a statement. “Be they stars or new faces, all of them share the same willpower and confidence in their choices, and at the same time, reflect the eclecticism of the female identity.”

In tandem with the new collection, Louis Vuitton also debuted its new Monogram Giant print, which appears on the Monogram Boite (worn by Kelela) and the Cannes (Zhong Chuxi). 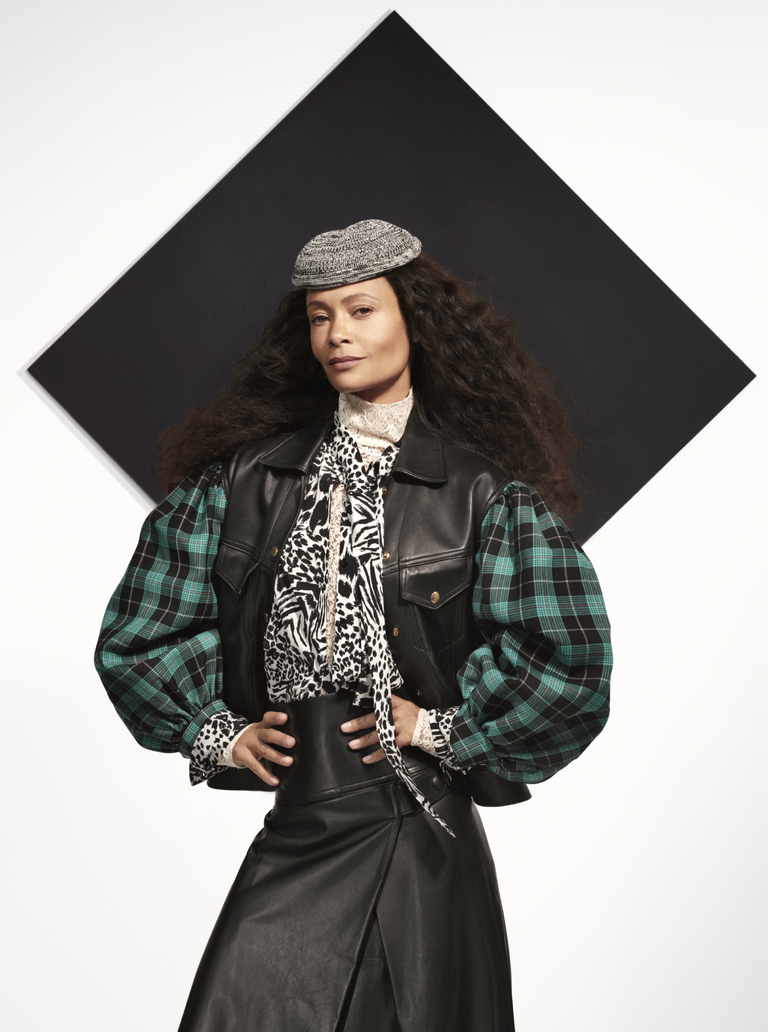 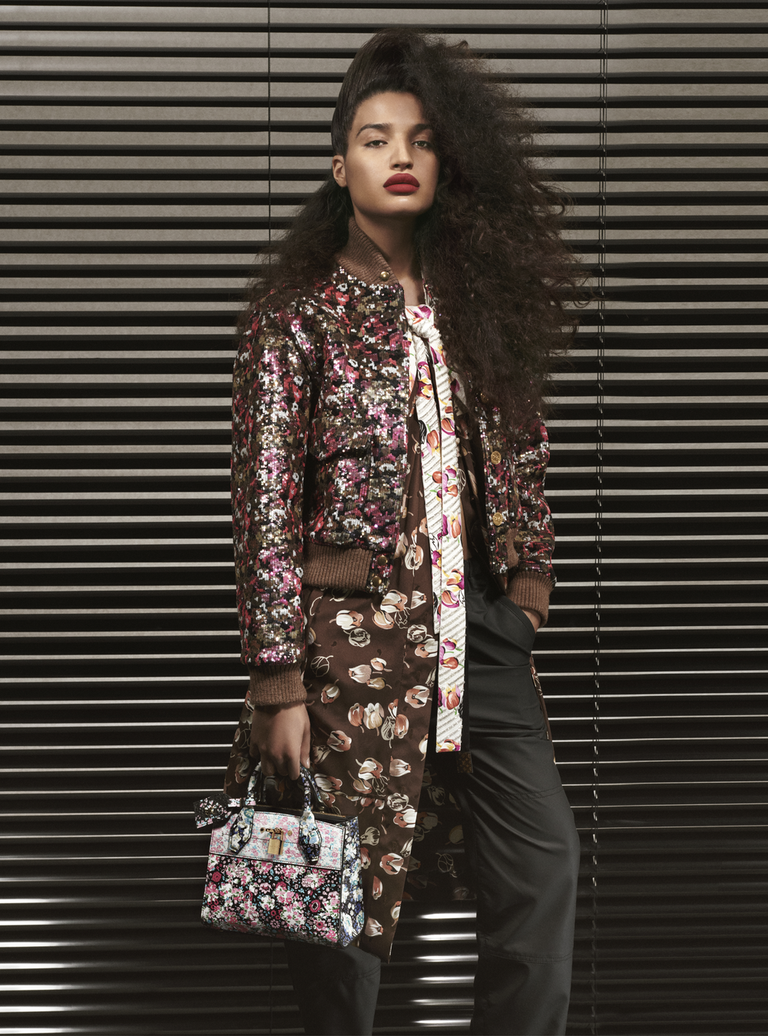 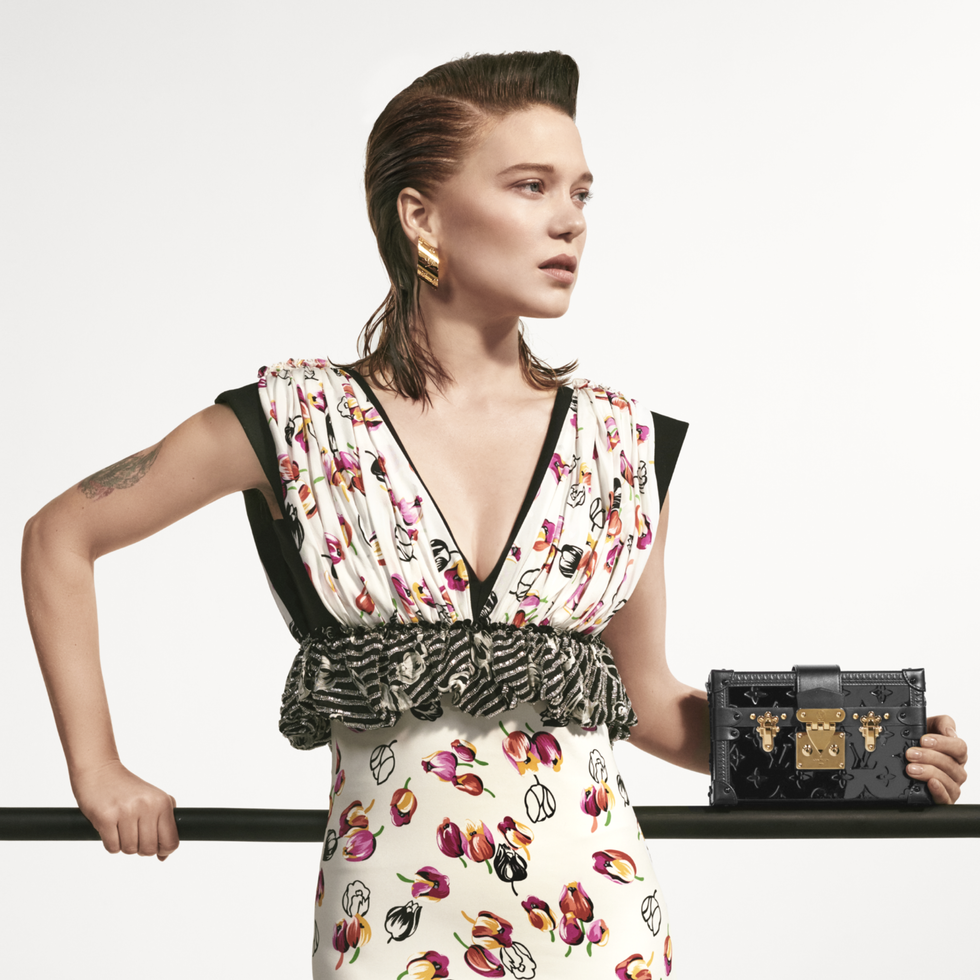 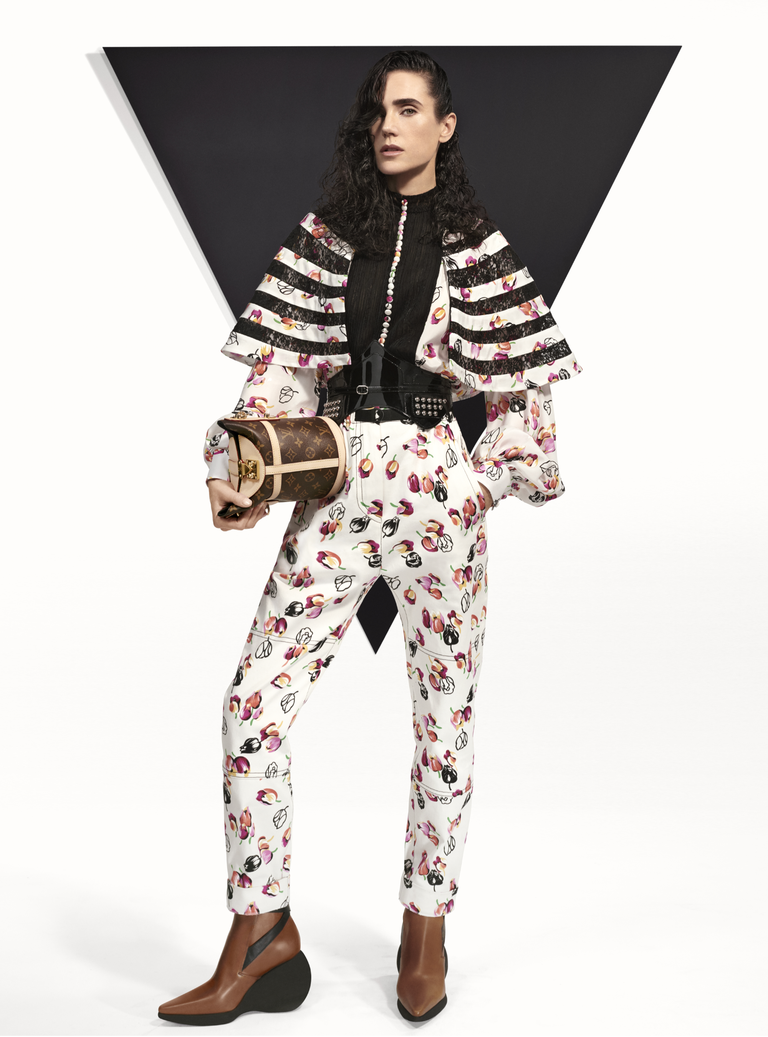