Madrid-based architecture firm Alberto Campo Baeza has designed a 12,000 square meter office block with walls made entirely of glass, for the Junta de Castilla y León government in the Spanish city of Zamora. In a historic city known for its Romanesque-style churches and high city walls, the contemporary ‘Zamora Offices’ are a stark departure from the medieval architecture that surrounds them. Two irregularly shaped courtyards are positioned either side of the two-storey glass building, with views of trees and blue skies accessible from desks and meeting rooms. Its architectural composition means that indoor and outdoor blend into one. It’s “as if [the offices are] entirely made of air,” state the architects. In keeping with the city tenor of walled enclosures, Campo Baeza designed a colossal sandstone perimeter wall to protect the exterior of the site, matching the exact color of the exterior of the nearby Romanesque cathedral. Given its uncluttered design within the context of its historical location, ‘Zamora Offices’ are an interesting example of essentialist architecture. 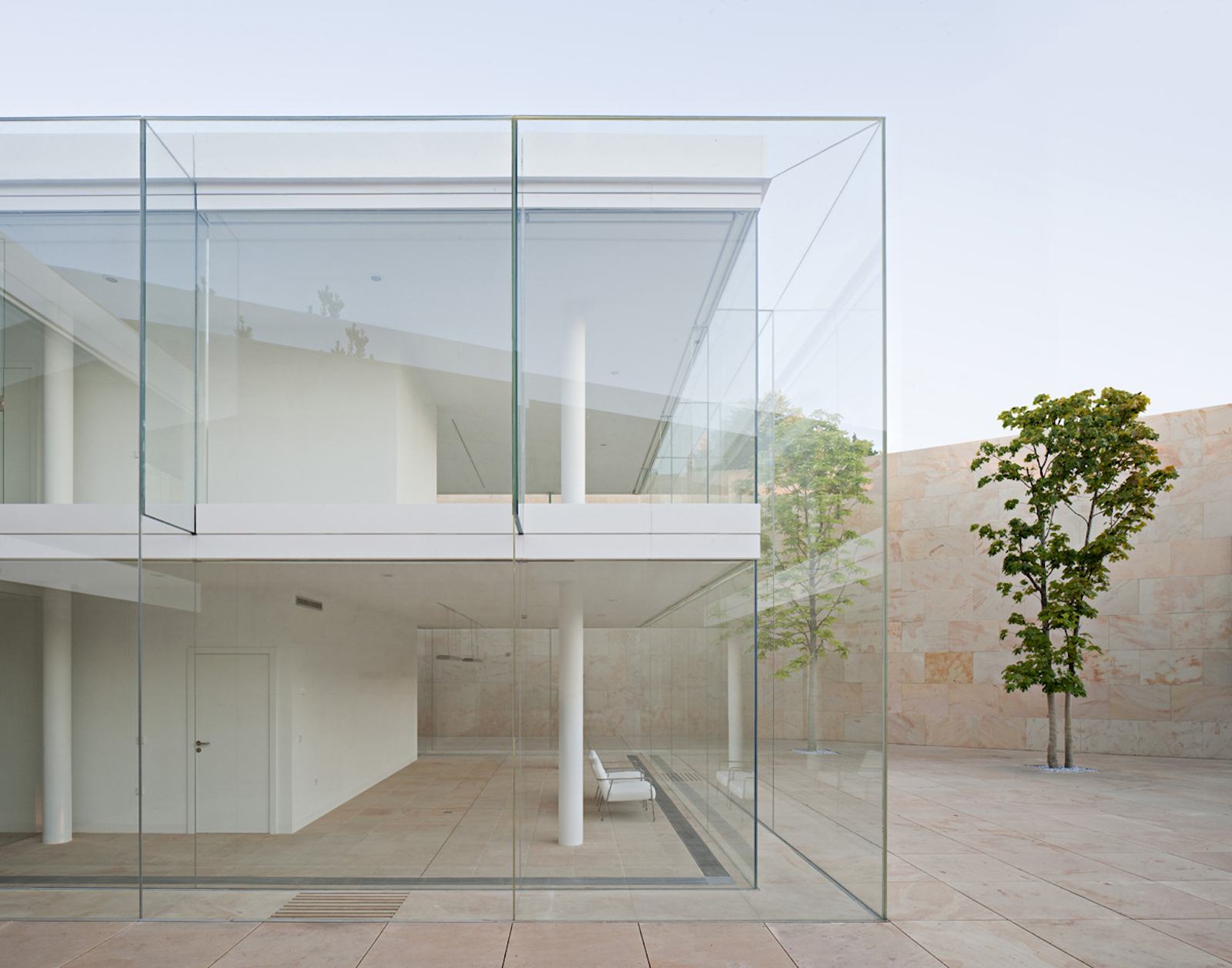 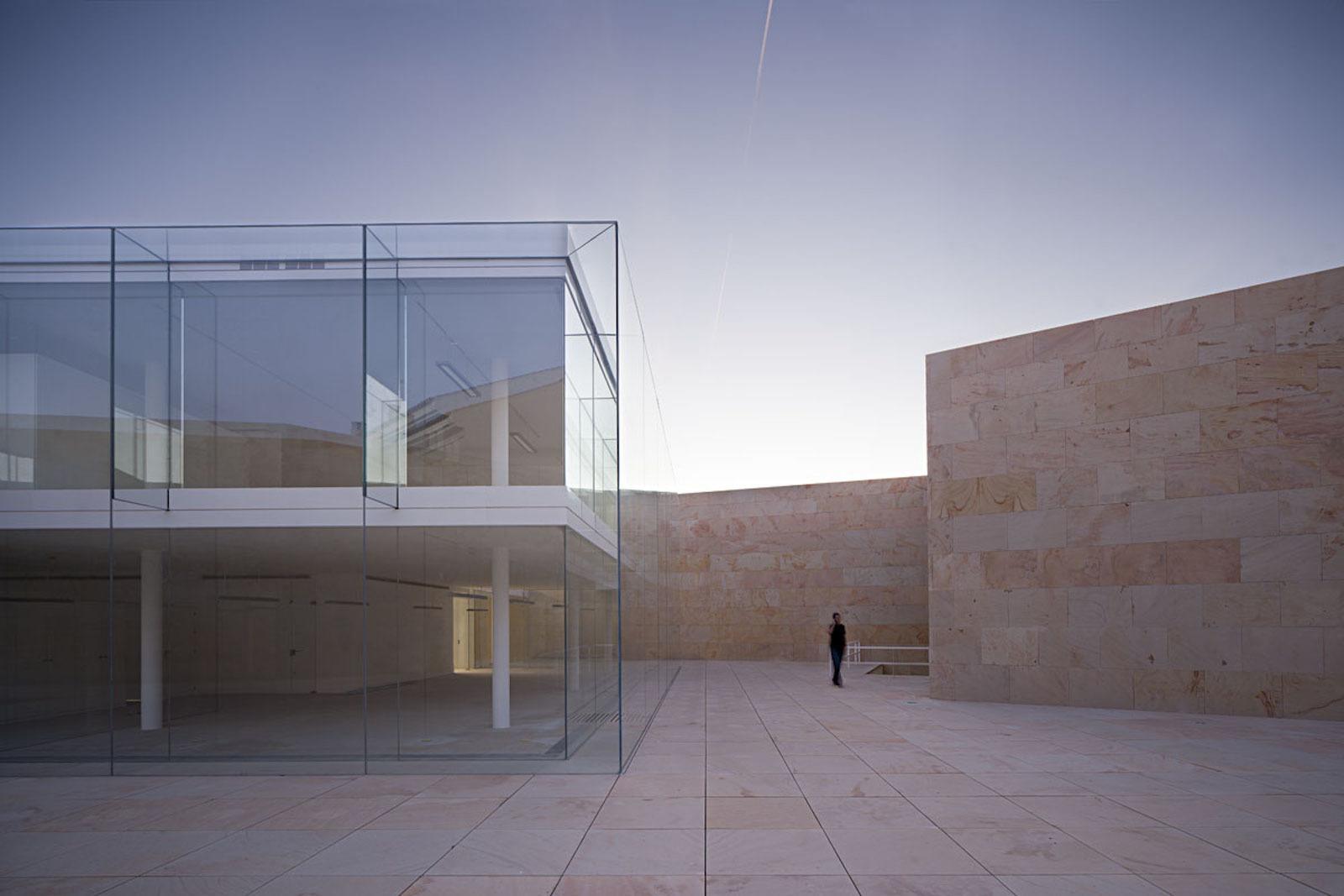 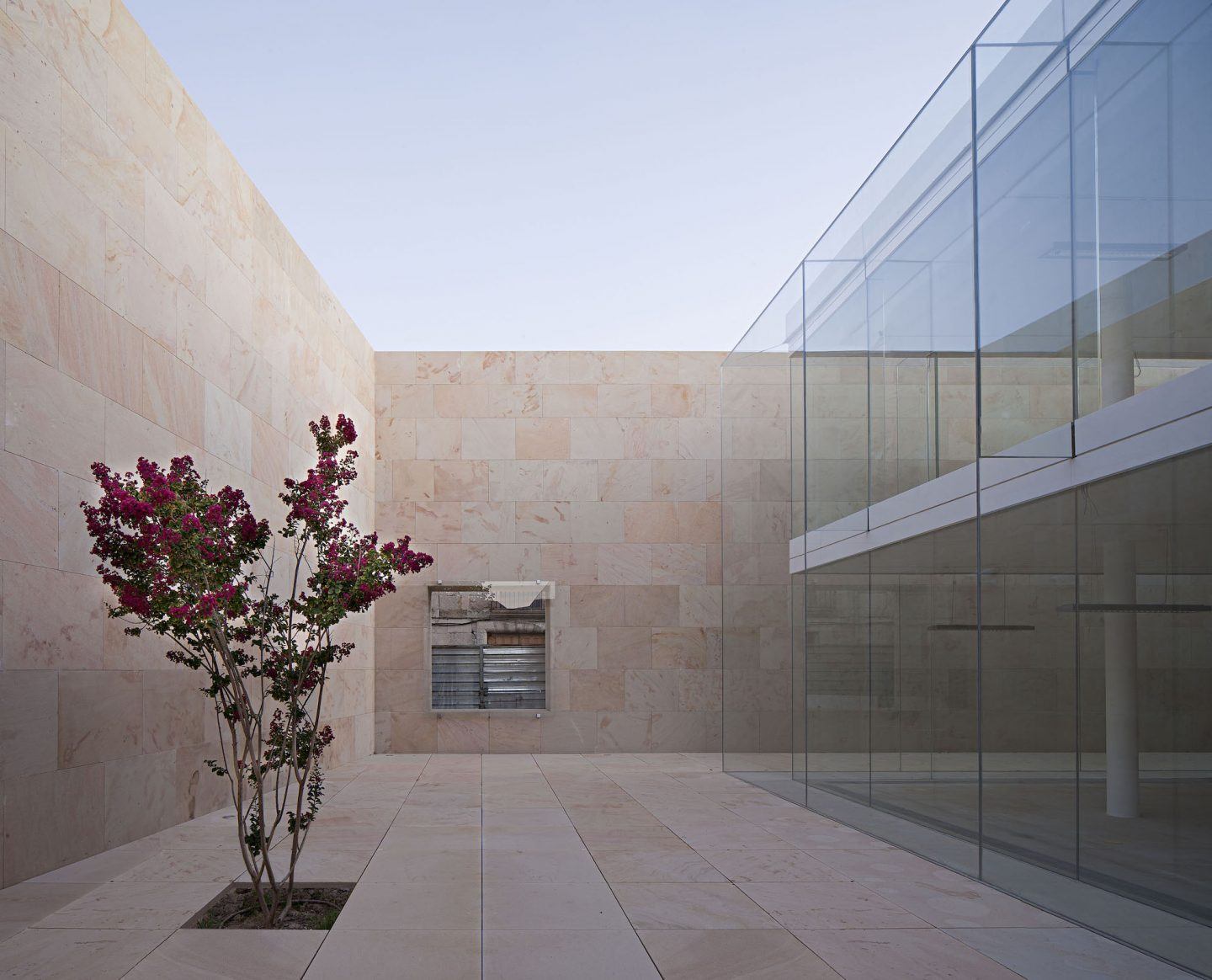 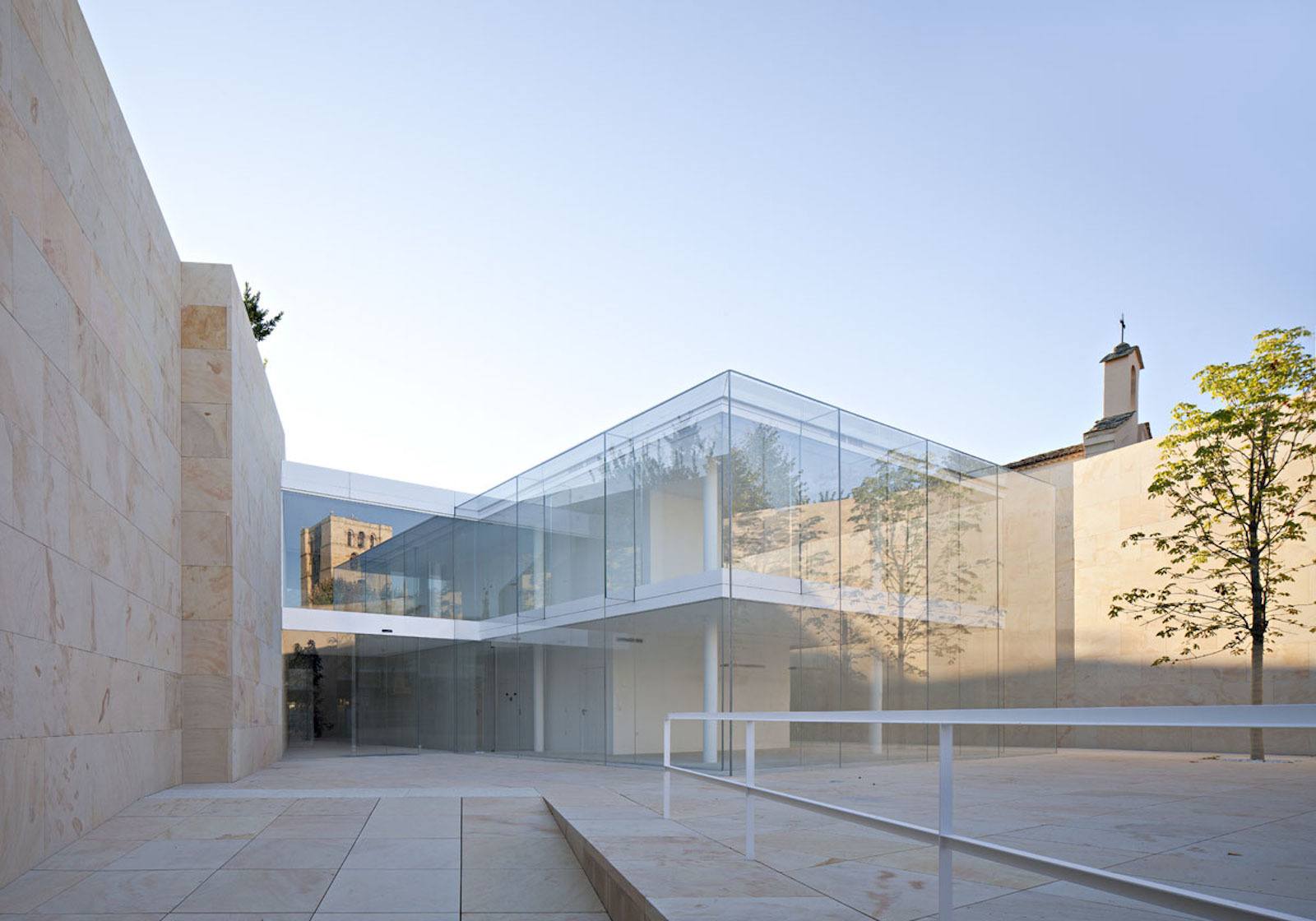 The Flawless And Daring Interior Design Of Daria Zinovatnaya