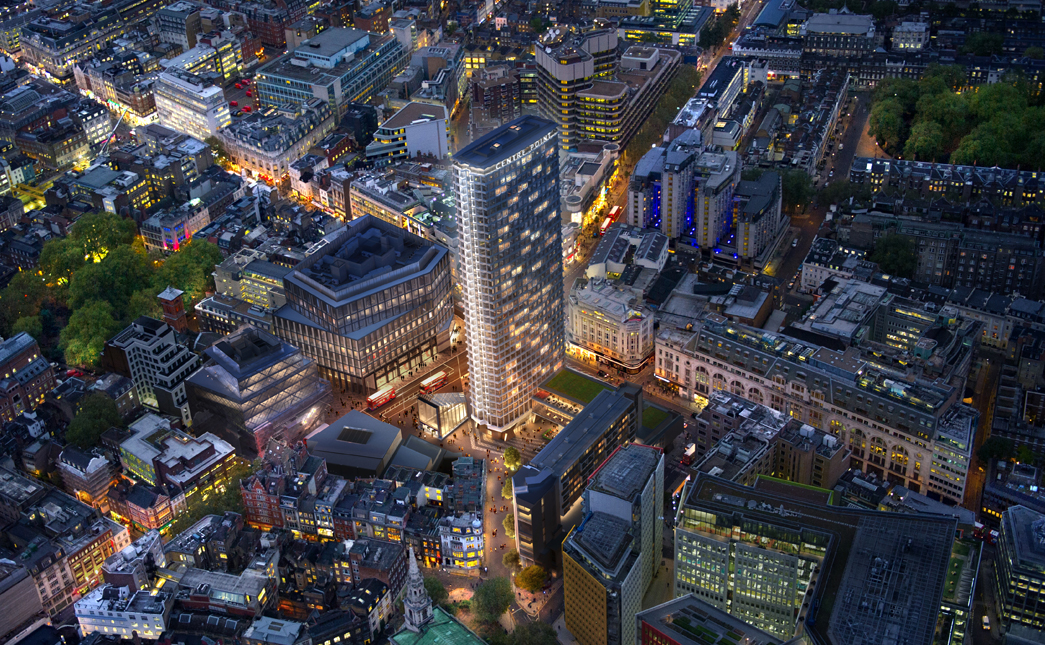 One of London’s best known landmarks, Centre Point has been used as Londoners ‘North Star’ since its arrival in the 60’s.

The architect behind the icon, Colonel Richard Seifert, built a number of buildings in London. While many were considered controversial at the time, they have since come to be recognised as design classics worth preserving.

The building’s personality comes from its texture, which creates a deep three-dimensional pattern of shadow and light. This movement from shadow to light is the inspiration behind the Conran & Partners-designed interior.

The duplex apartment spans some 700 sq m and occupies the 33rd and 34th floors of the tower. British interior design house Spinocchia Freund, headed by founder and creative director Brigitta Spinocchia Freund, were invited to dress the space, which includes several living areas, as well as a large bar, dining room, cinema, music room, and a secret wine tasting room.

Private spaces are tucked on one side, although are just as luxurious and generous, as the more public parts of the home. The interiors feature brands like Alice Temperley and Pierre Frey, as well as an array of bespoke designs in furniture and fabrics – all inspired by the tower’s location and the surrounding Soho heritage and different aspects of the neighbourhood’s daily life.

Stepping out from its main spaces and into the terraces that run across both its long sides, one gets a Hollywood-sign moment – only more urban, and in reverse, as the Centre Point sign’s large letters reveal themselves, fixed upon the railings.

Back inside, residents here would also get access to the development’s amenities, such as a club lounge and dining room, cinema room, gym, spa and treatment rooms, and the 30m-long swimming pool overlooking the vibrant Oxford Street. 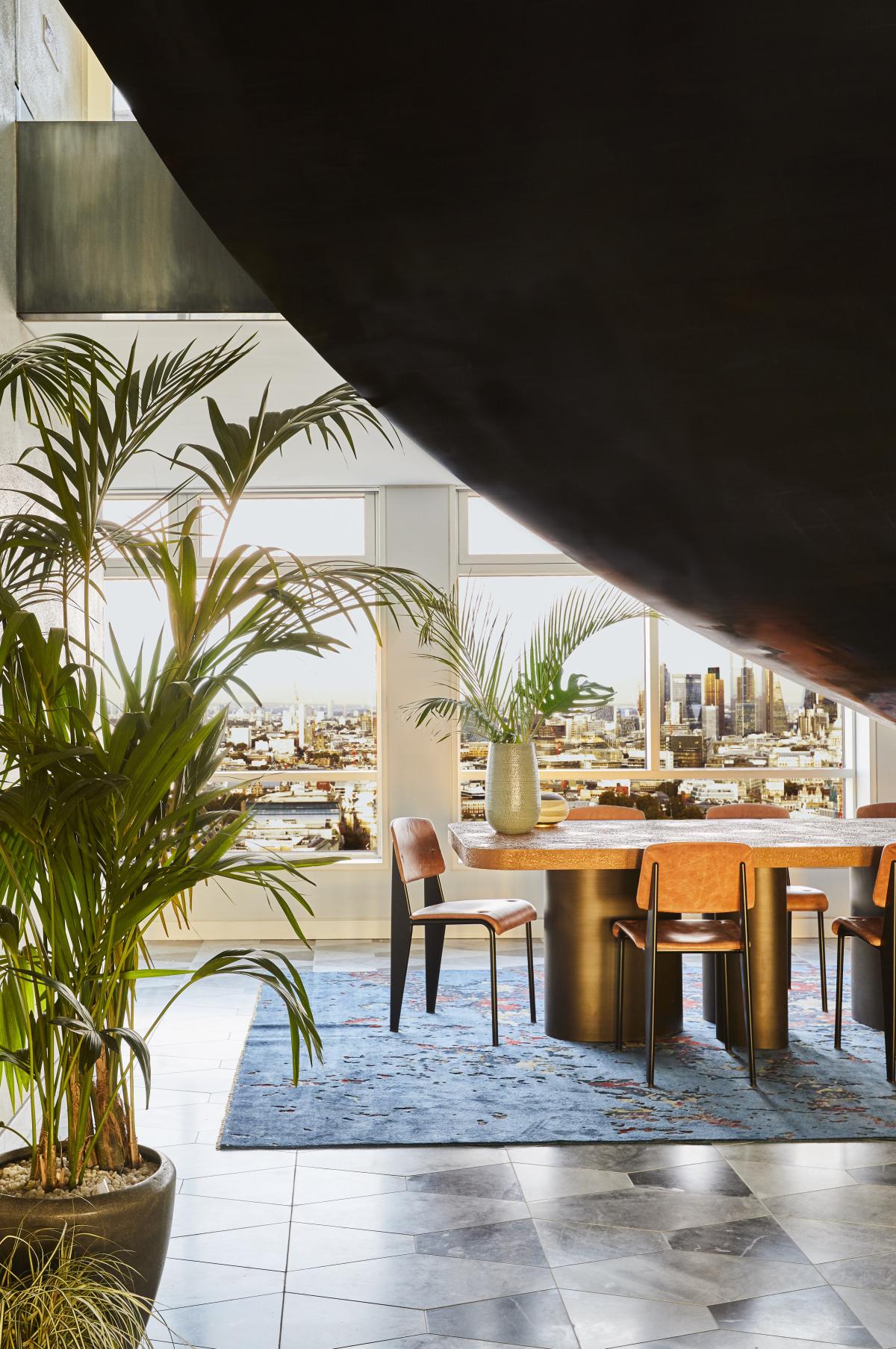 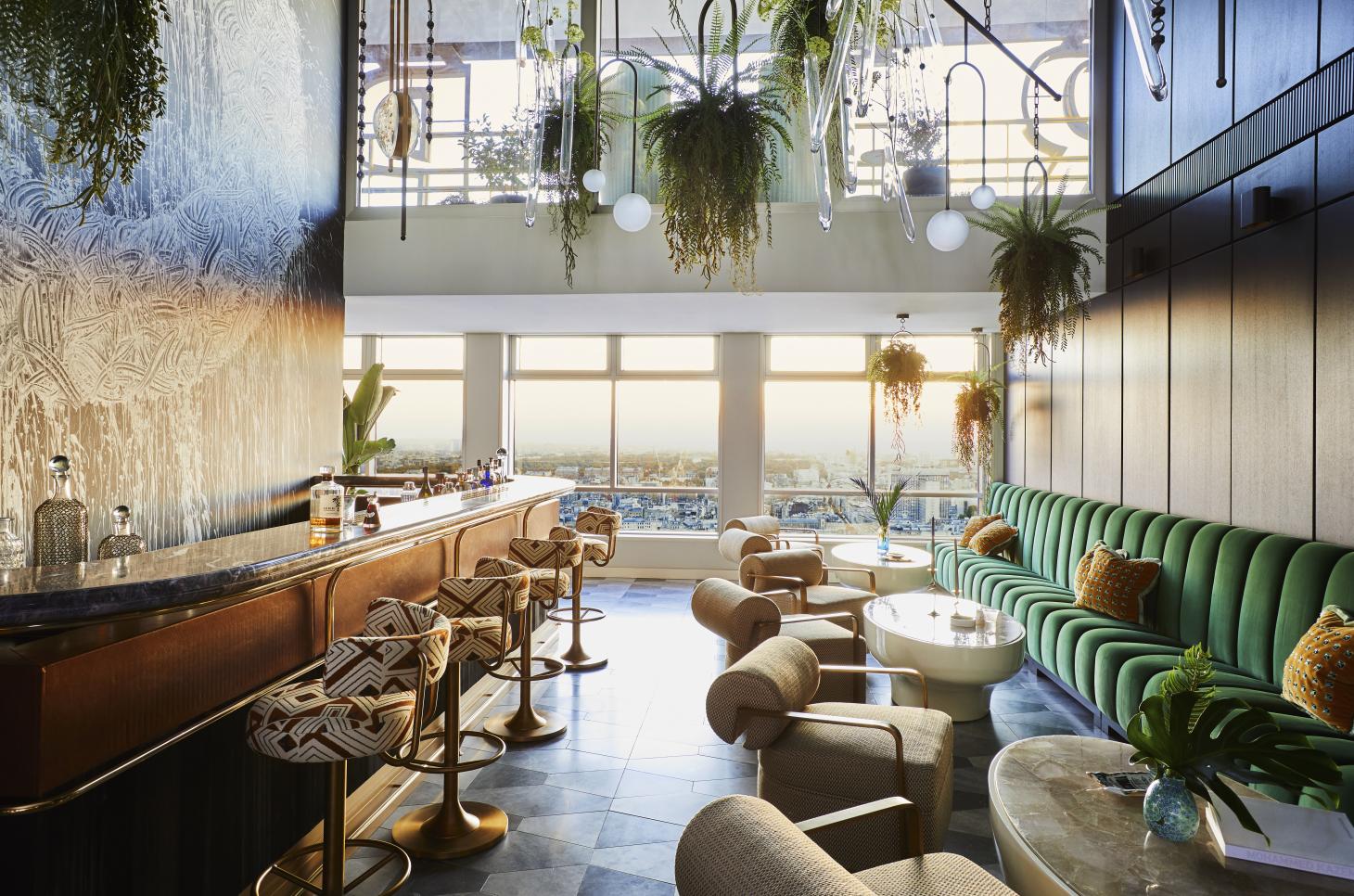 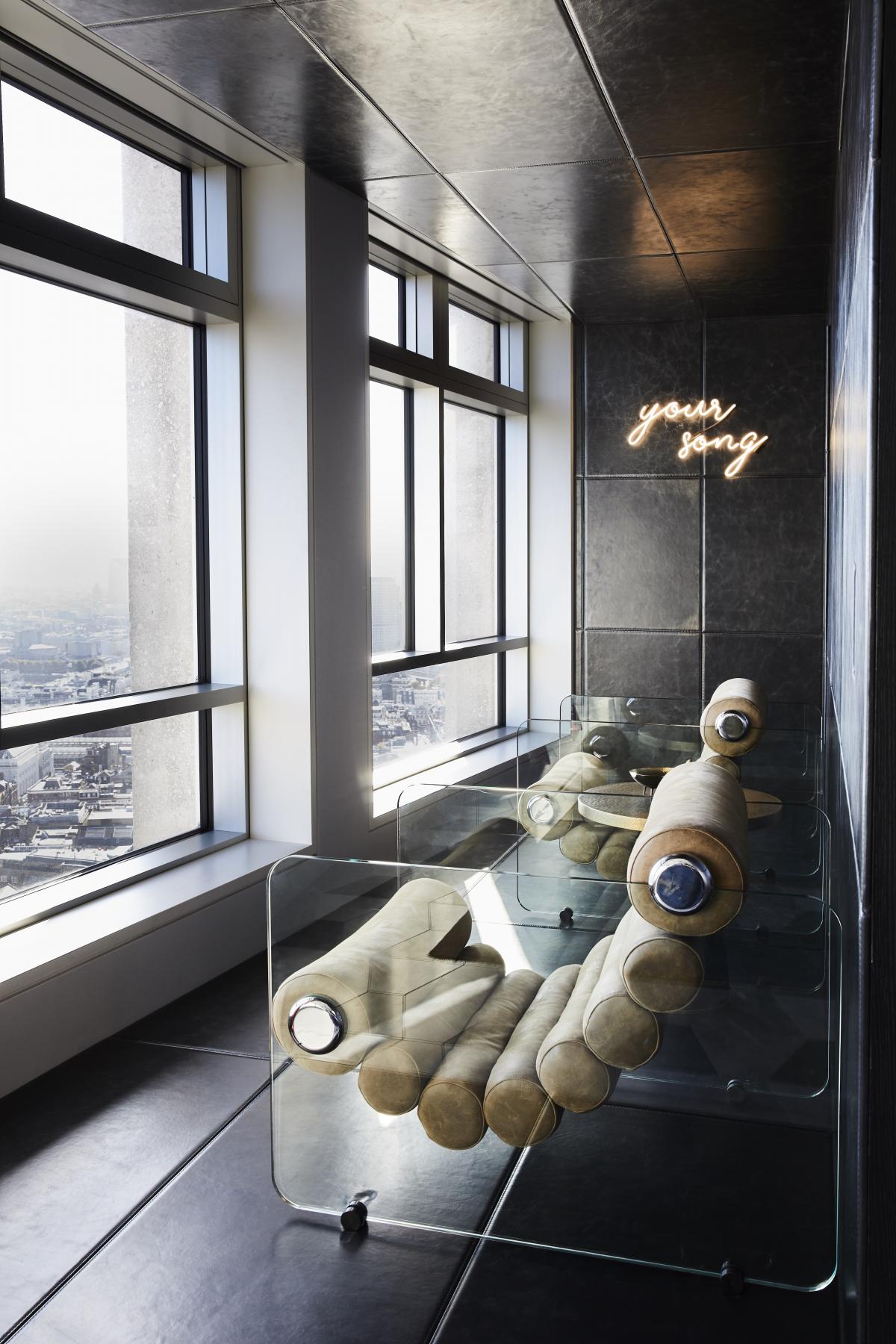