A Bauhaus-Inspired Furniture Collection From NOOM Studio And Sokolova Design

In tribute to the Bauhaus centenary, contemporary Ukrainian design firm NOOM Studio has released a collection of modernist furniture pieces, with simple geometric forms and vibrant colors designed by Kiev-based industrial designer Kateryna Sokolova. This new collection sits in addition to Noom’s previous ‘Suprematic’ collection, a series of vases and lamps titled after names of famous suprematists and modernist artists. Standout pieces include the ‘Gropius Chair’ series in white and cobalt blue, taking inspiration from the spherical forms of balls and cylinders and named after German architect and founder of the Bauhaus School, Walter Gropius. Matching round pillows and a spherical ottoman playfully complement the statement pieces. In addition, the lamps in the ‘Suprematic’ lighting collection feature intersecting, colorful geometric planes, with circles and disks that converge at different angles to create a lamp that doubles as an art object. NOOM Studio’s collection of vases follows a similar visual aesthetic; inspired by elements of Suprematism, the modernist art movement of the early twentieth century that focused on the basic forms of circles, squares, lines, and rectangles. “NOOM furniture is a tribute to the great thinkers who formed the Modernist principles and brought them to life,” the studio says. 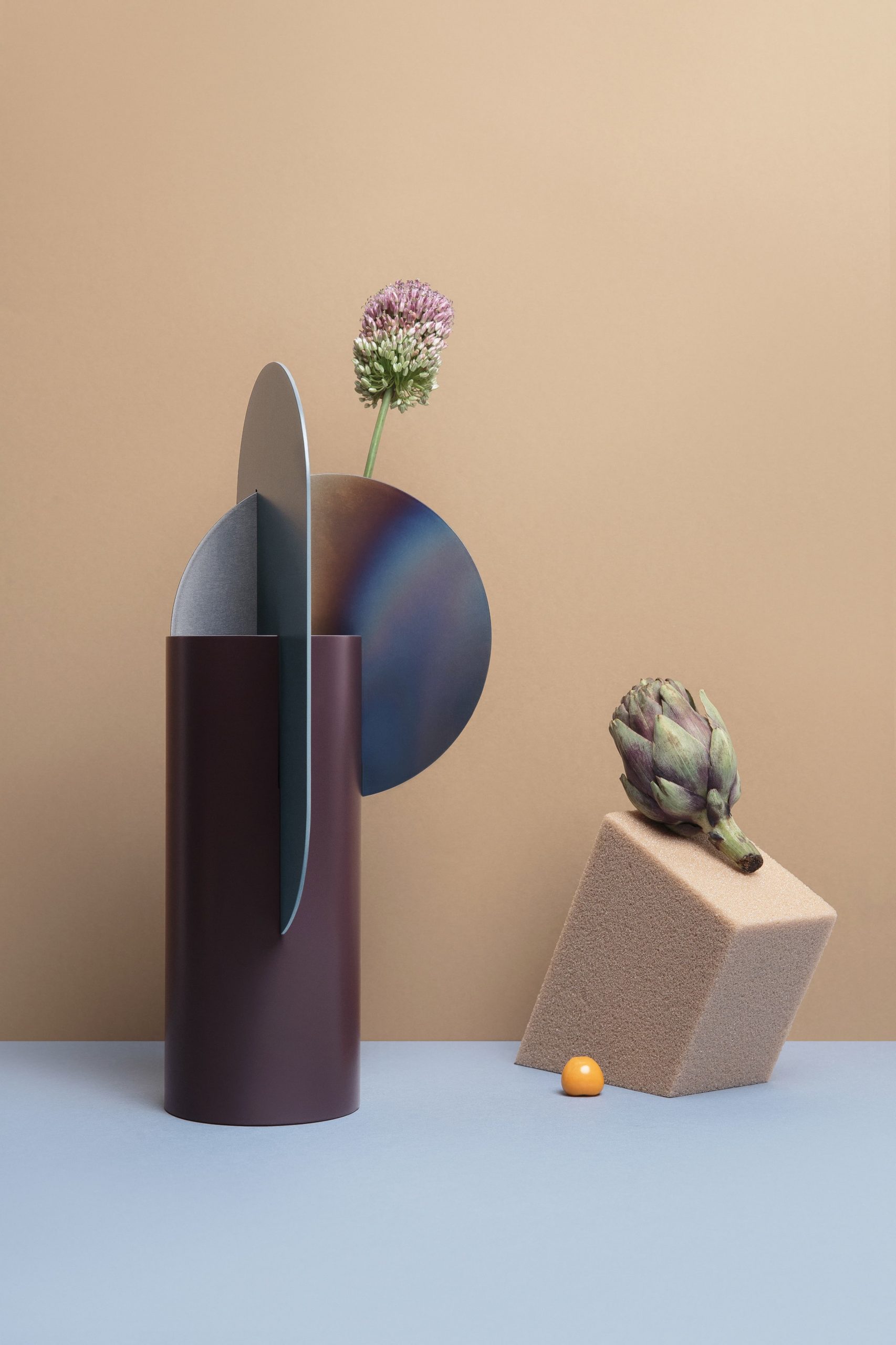 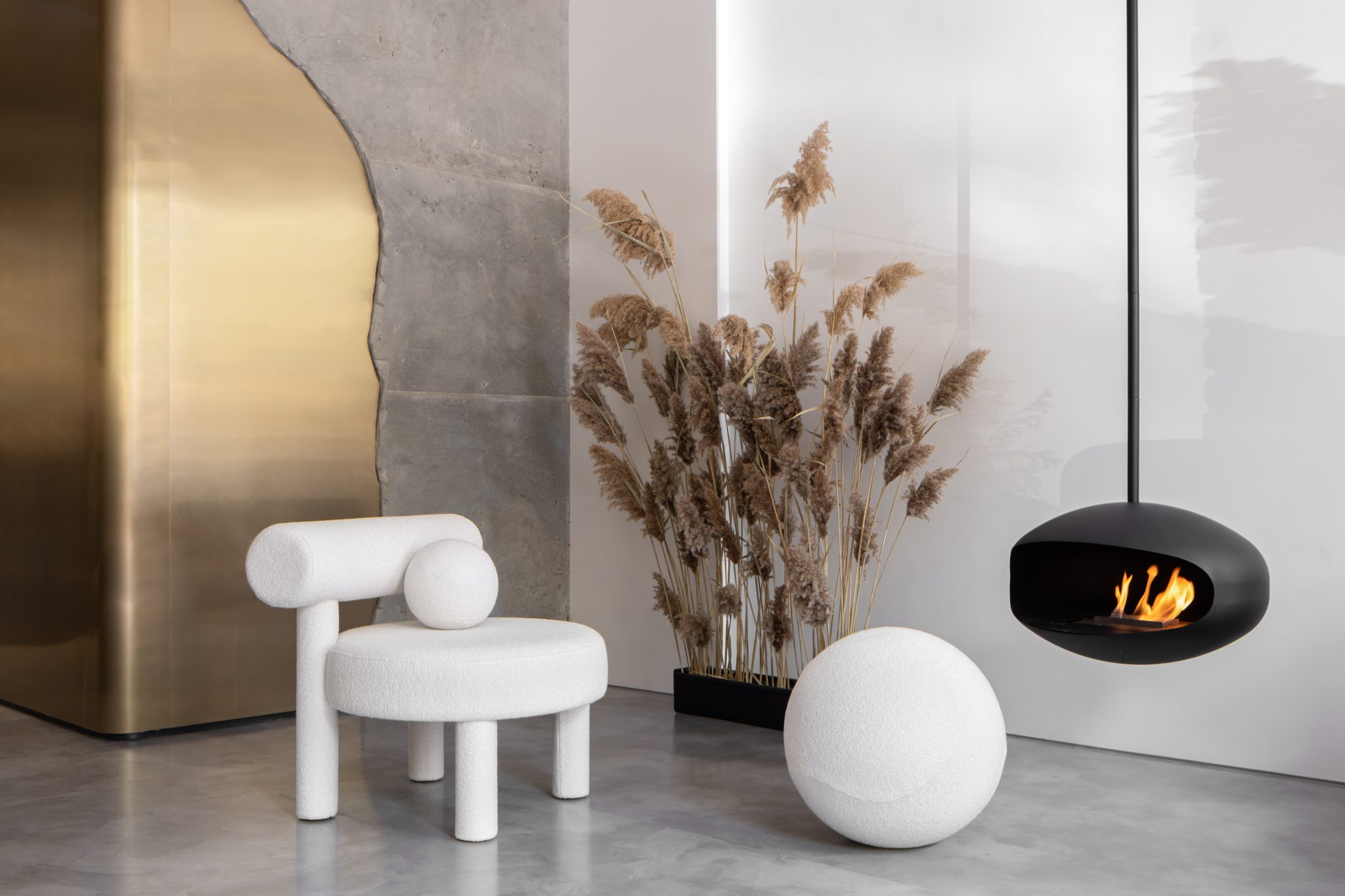 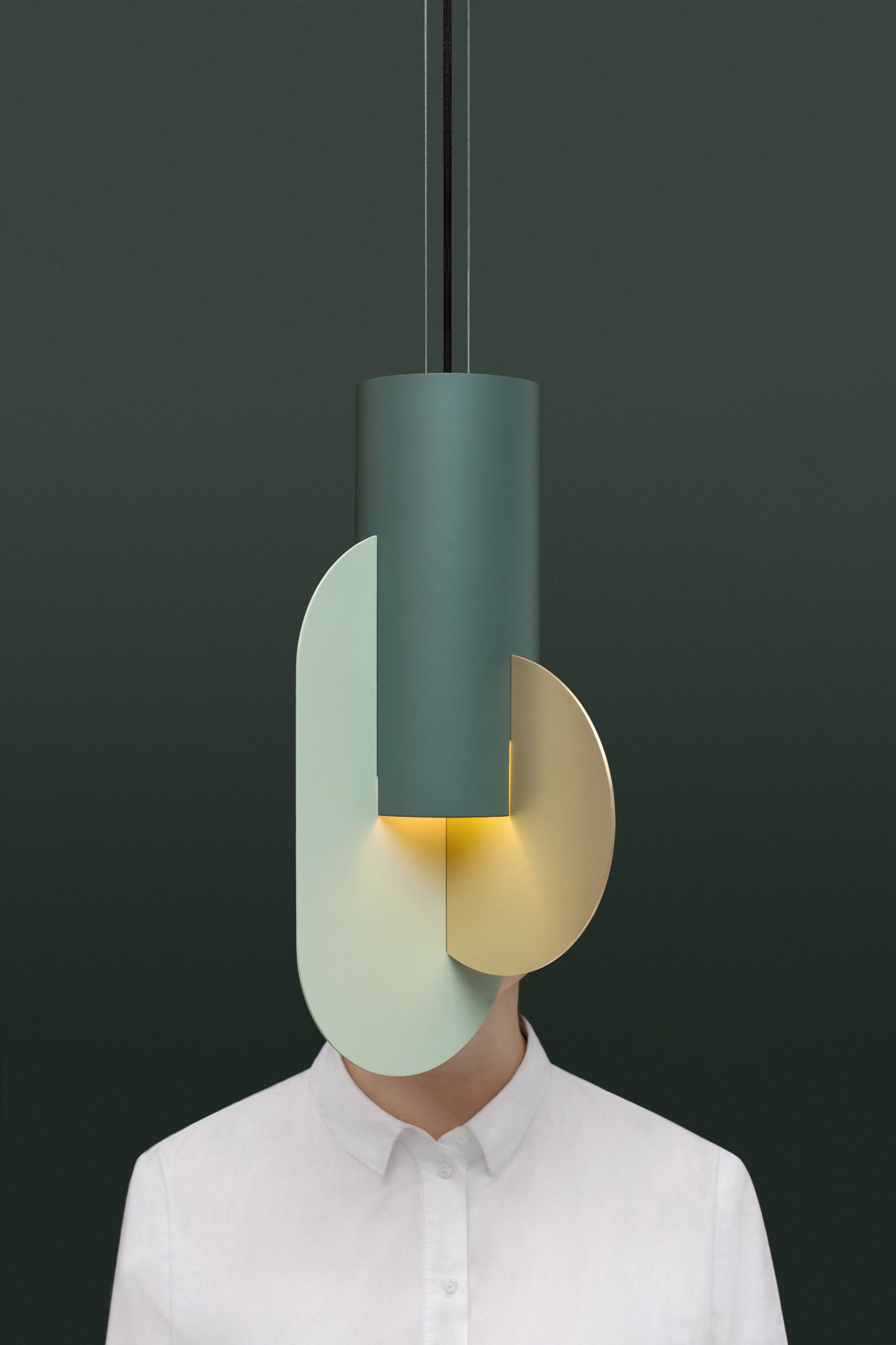 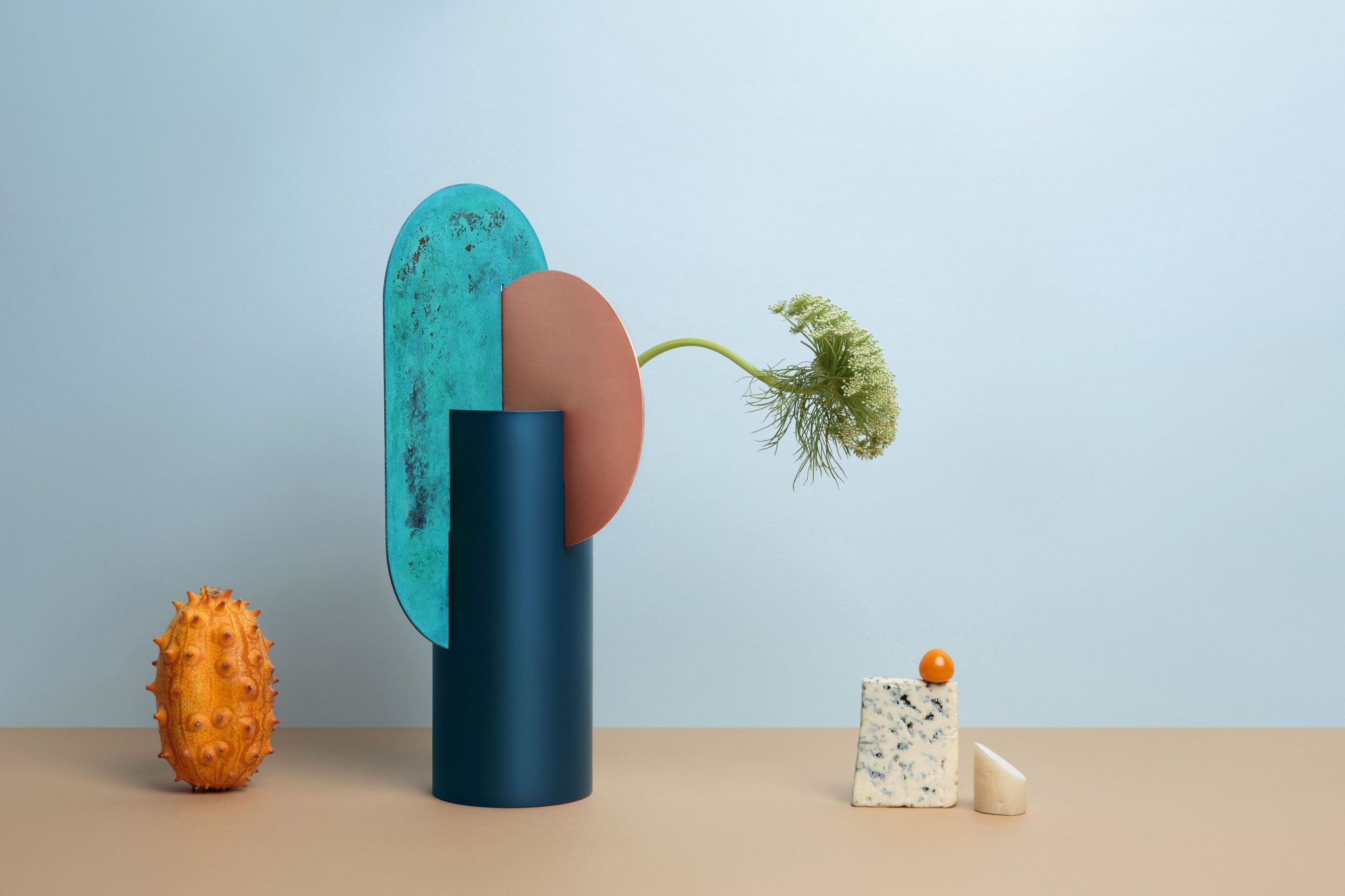