MIRAGE is a site-specific installation set in the Southern California desert.  Utilizing the form of a ranch-style suburban American house, the sculpture is composed of reflective mirrored surfaces. 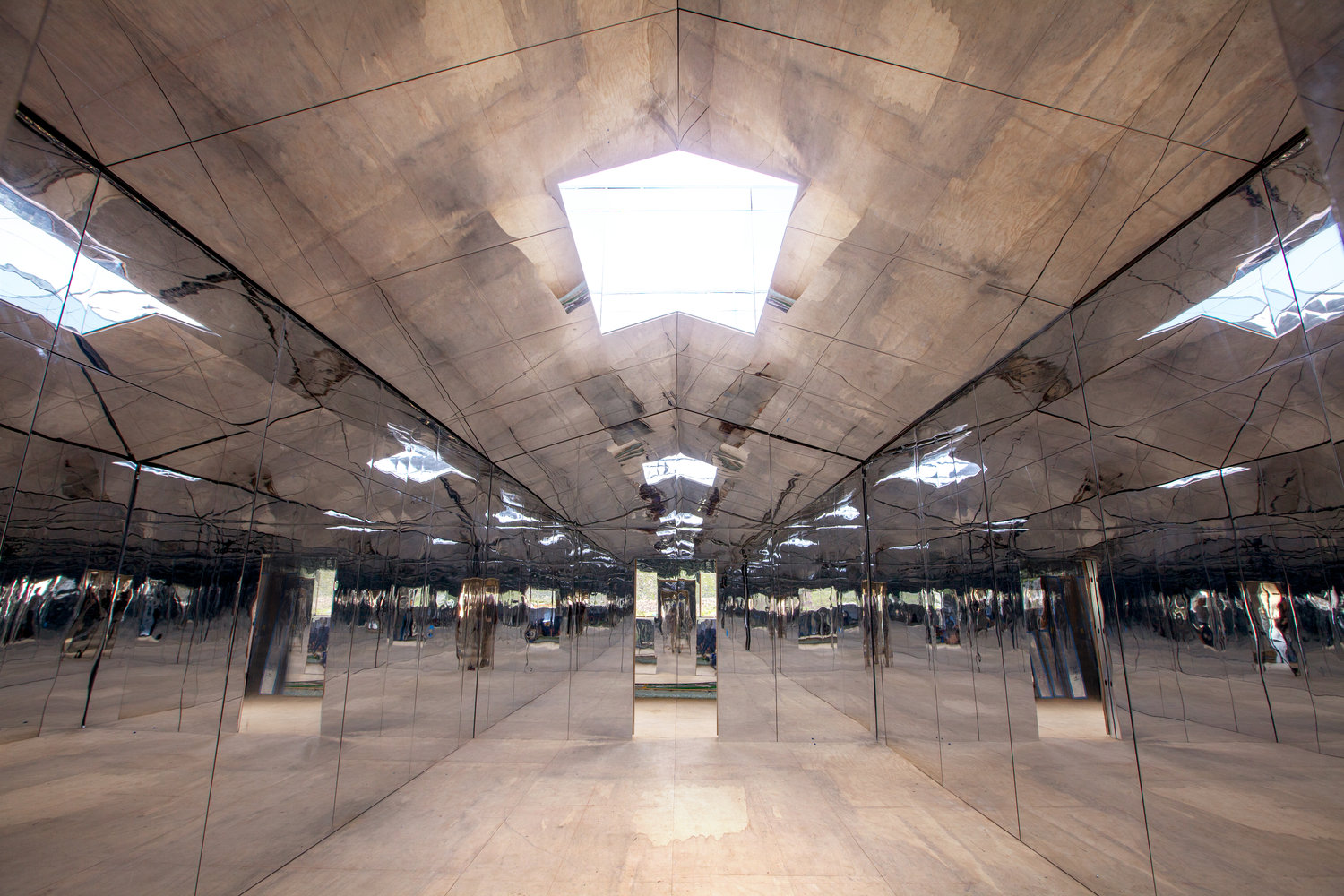 MIRAGE distills the recognizable and repetitious suburban home into the essence of its lines, reflecting and disappearing into the vast western landscape.  Mirage opened on February 25, 2017 as a part of Desert X, a site-specific contemporary art exhibition curated by Artistic Director Neville Wakefield. 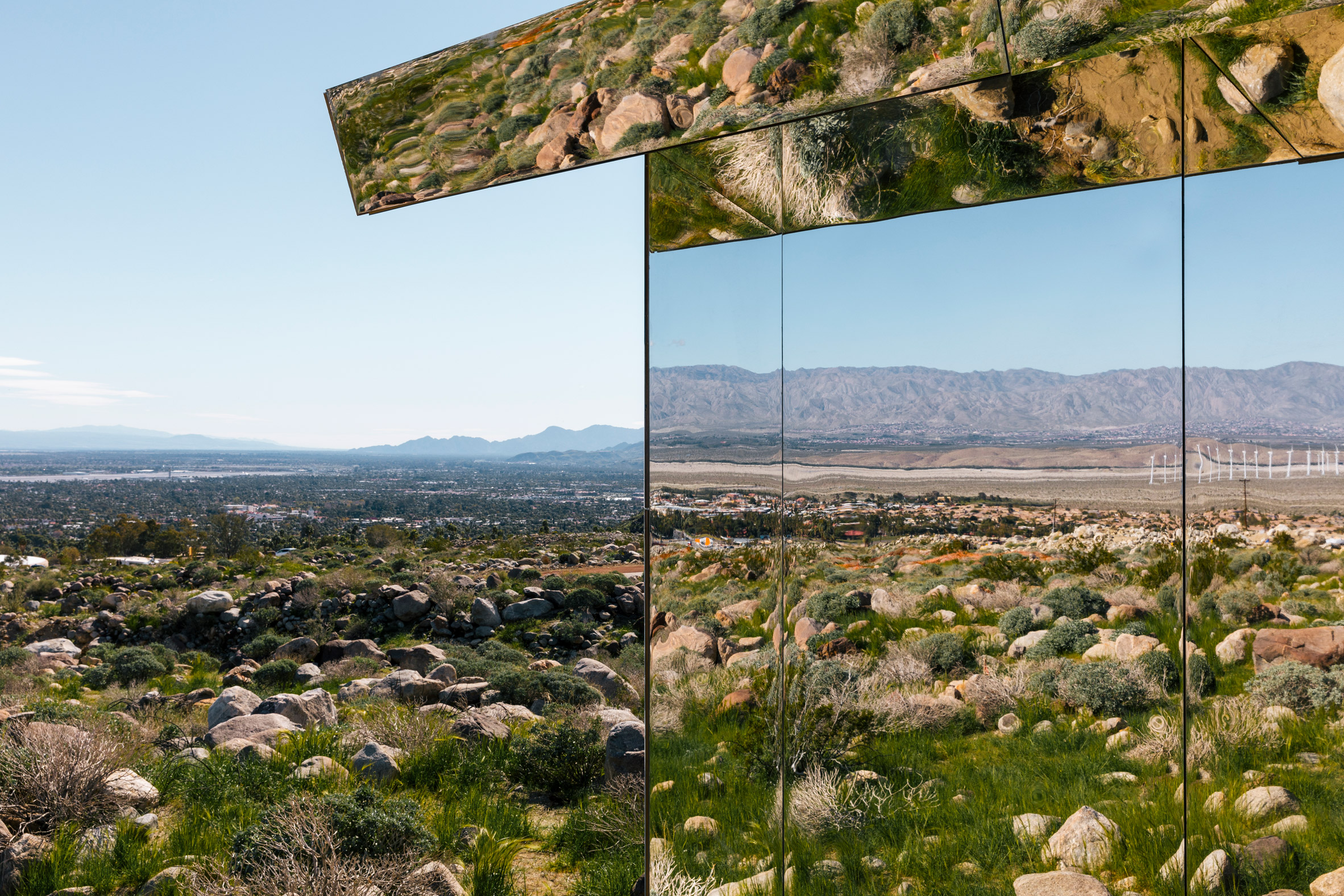 MIRAGE is reconfigured as an architectural idea: the seemingly generic suburban home now devoid of a narrative, its inhabitants, their possessions. This minimal structure now functions entirely in response to the landscape around it. The doors, windows, and openings have been removed to create a fluid relationship with the surrounding environment.

Situated at the juncture where the rugged San Jacinto mountain range gives way to the Coachella valley, MIRAGE is perched over a distant modern development that fades into the open desert. As MIRAGE pulls the landscape in and reflects it back out, its familiar architectural form becomes a framing device, a visual echo-chamber endlessly reflecting both the dream of nature as a pure uninhabited state and the pursuit of its conquest. Its mirrored surfaces form a life-size kaleidoscope that absorbs and reflects the landscape. Subject and object, interior and exterior, the psychological and physical; each of these oppositional forces are held in constant tension, yet allowed to shift and transform in the ever-changing desertscape. 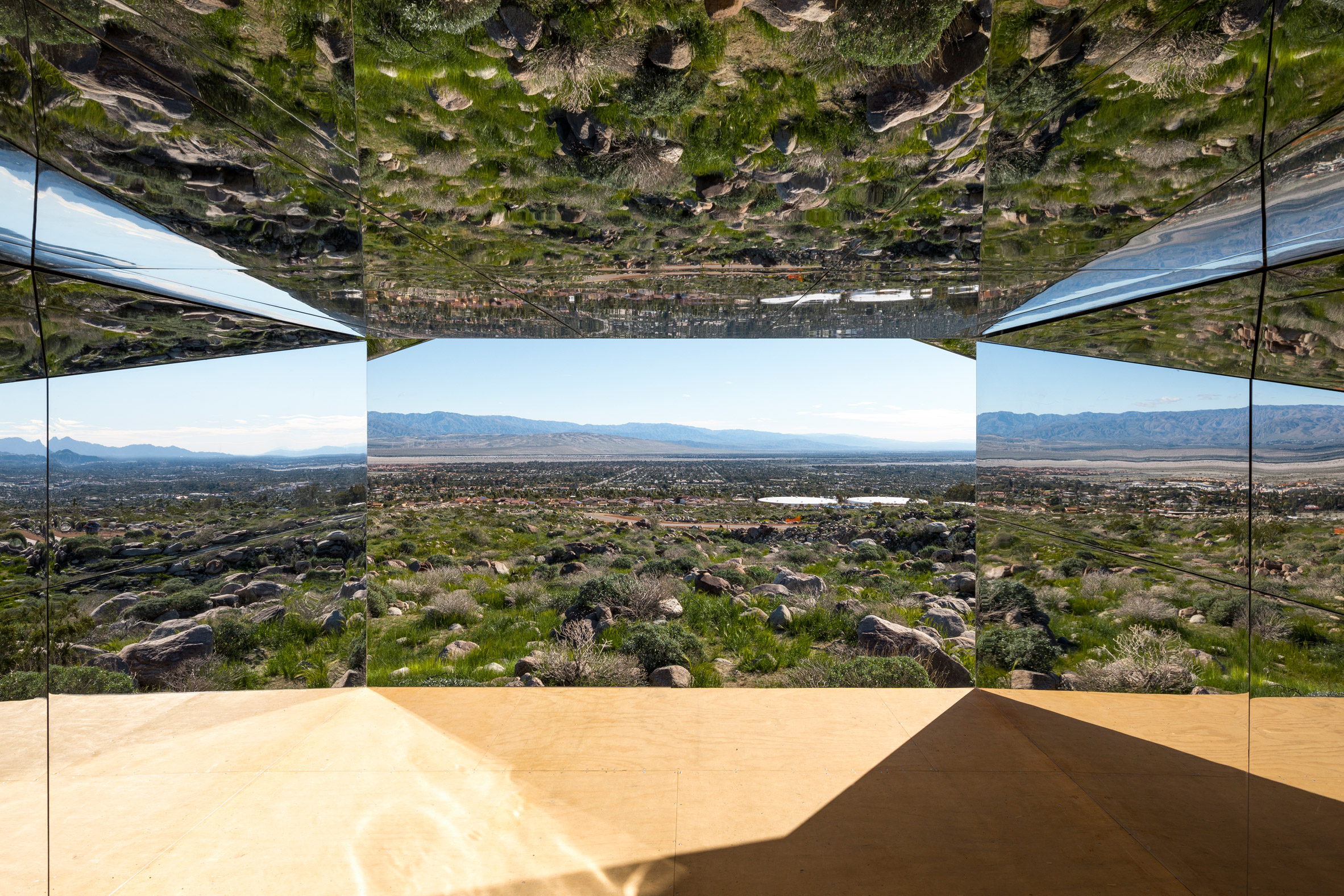 Like a human-scale lens, MIRAGE works to frame and distort the evolving world outside of it. There is no single time to view this work, as each variation provides something new: at night the distant lights refract to create a universe of stars; on a tranquil afternoon the sky is transformed into banks of blue fragmented by slices of clouds. There is no fixed perspective or correct interpretation. Each experience of this living artwork will be unique.

Photo Courtesy of is by Lance Gerber