Seminal conceptual artist Jenny Holzer is once again partnering up with public arts organization, Creative Time, to display text-based light projections at the Rockefeller Center in New York City. Entitled ‘VIGIL,’ the new media works will display words by renowned poets and survivors of gun violence. The large-scale work will be comprised of scrolling letters of light, beaming on the facades of surrounding buildings at the bustling Midtown destination. “Both stark and kind, the work serves as a vigil for victims of gun violence and an acknowledgement of the regularity with which these incidents occur,” said Creative Time in a statement. “Holzer included selected texts from ‘Bullets into Bells: Poets & Citizens Respond to Gun Violence,’ stories from ‘Moments that Survive, collected by Everytown for Gun Safety,’ and poems by teens growing up in a nation affected by shootings in their communities and schools.” Holzer and Creative Time previously worked together on two concurrent projects in 2004-05: ‘For New York City: Planes and Projections’ and ‘For the City.’ 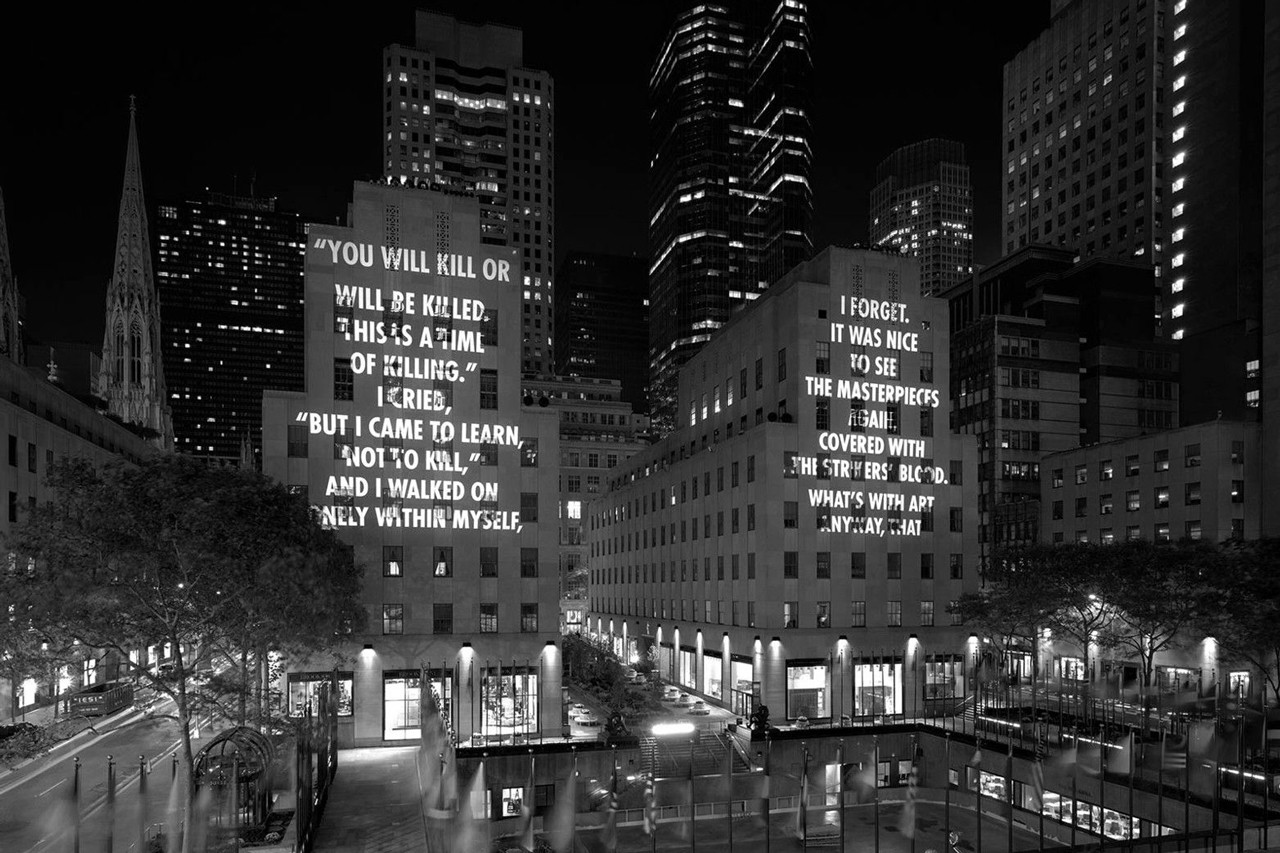 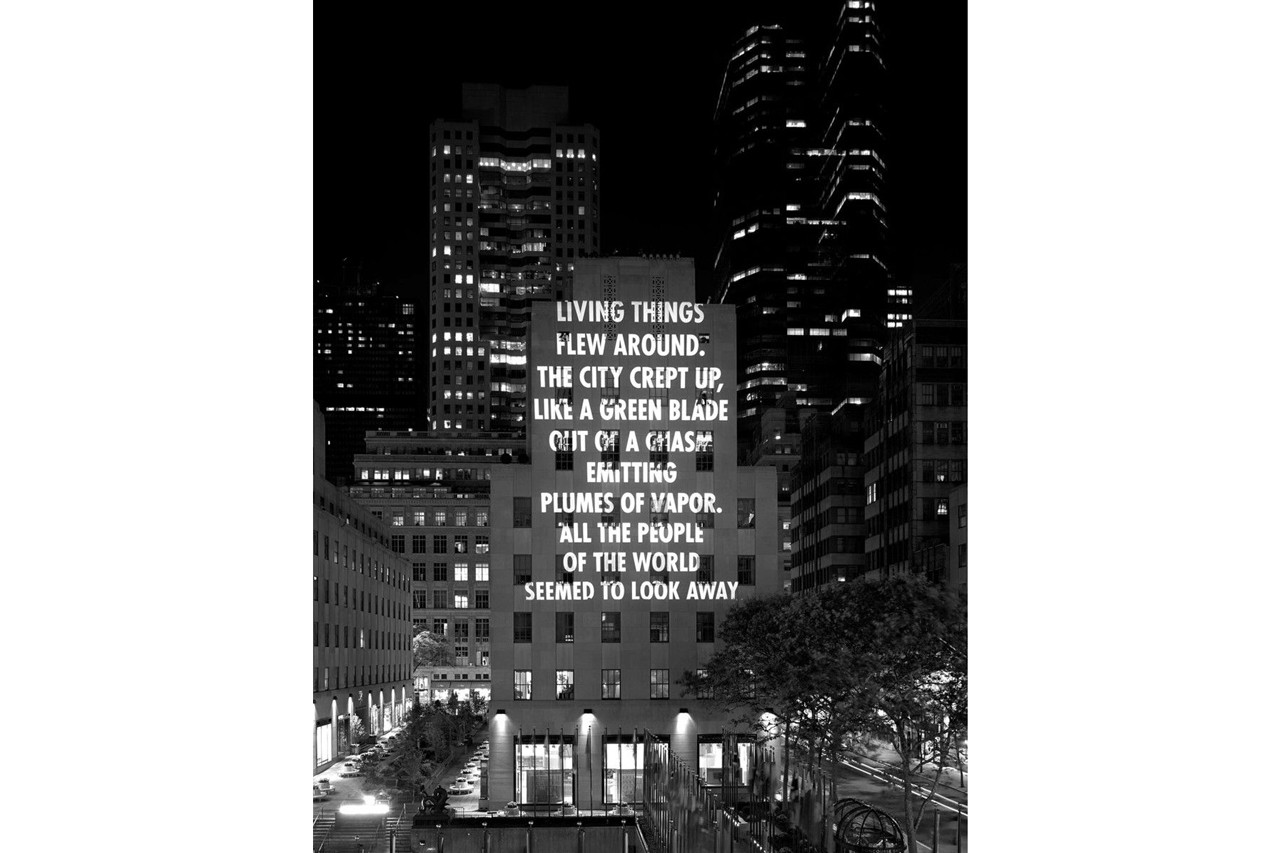 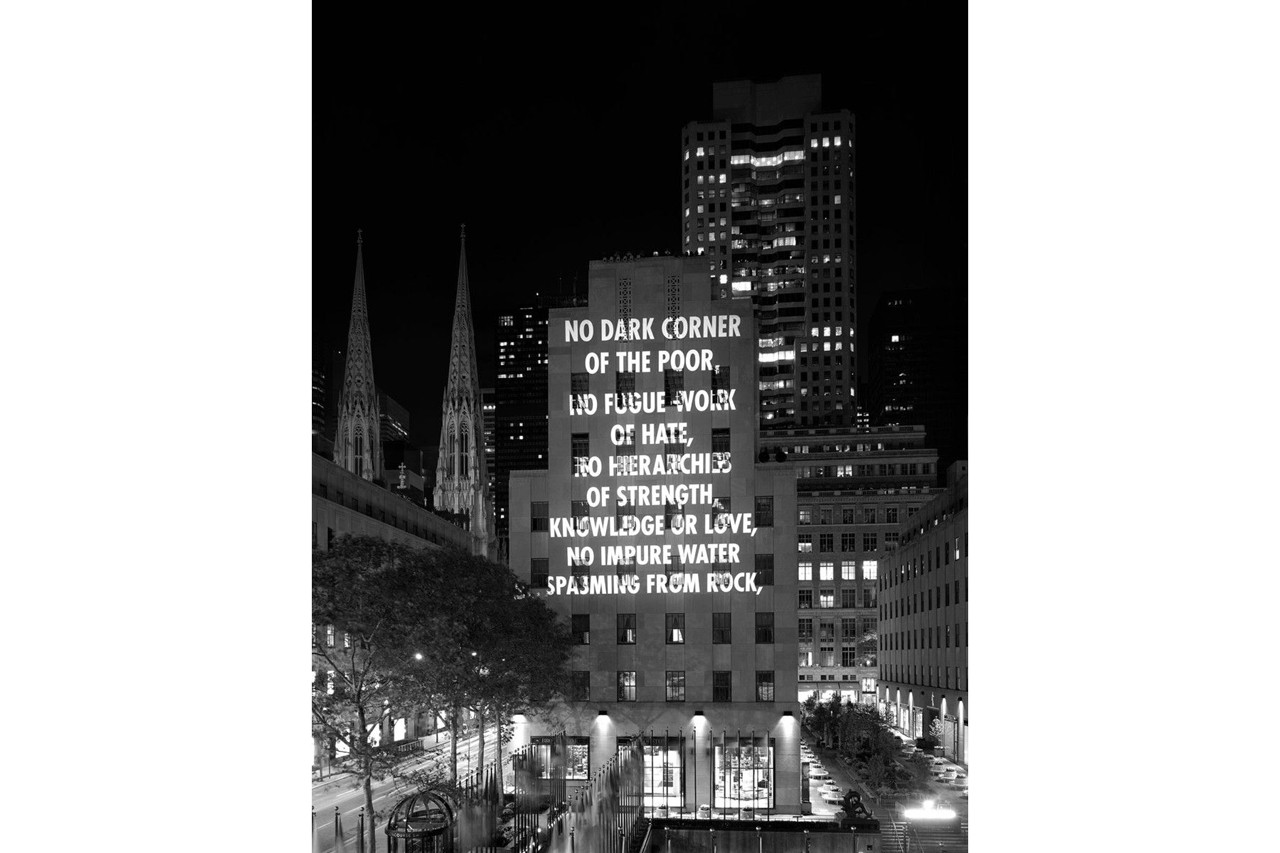 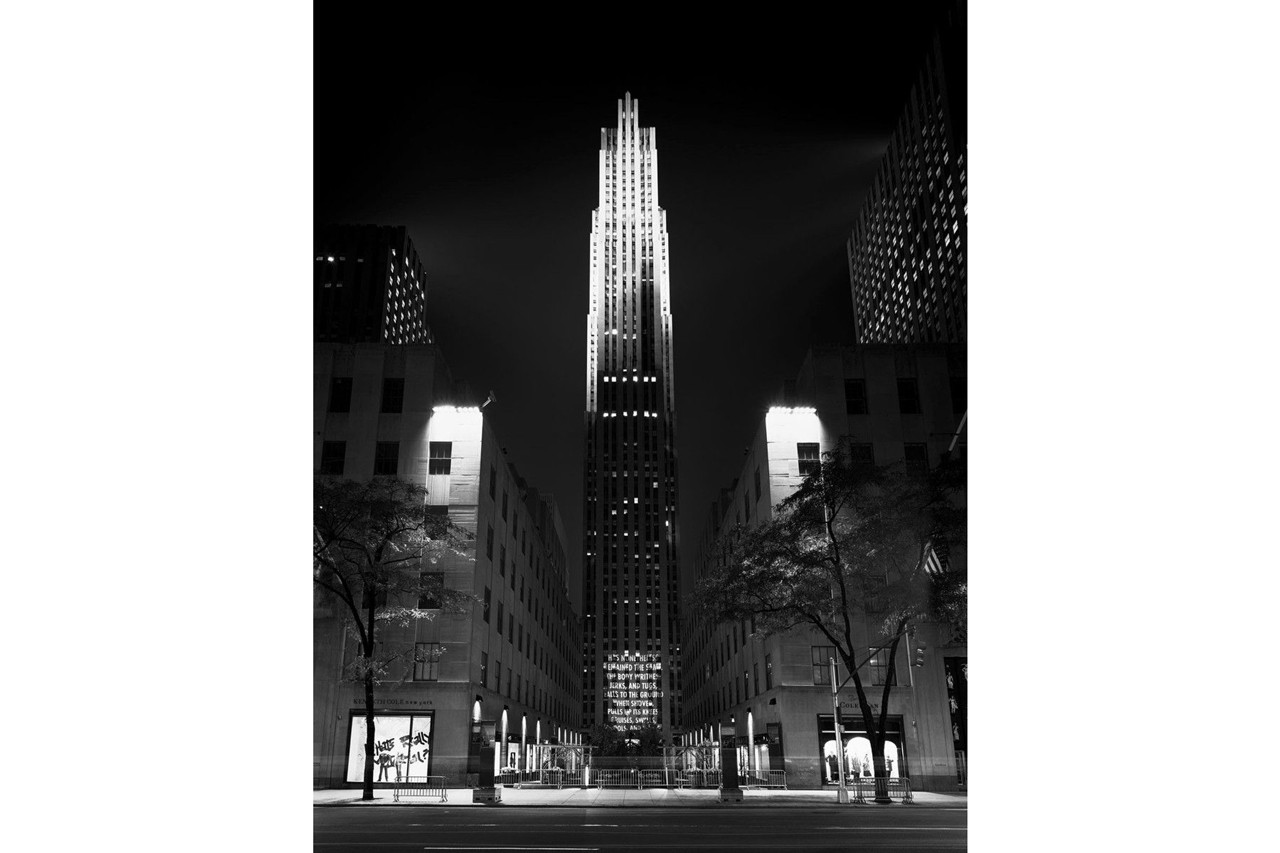