A few weeks before the Cruise 2021 fashion show in Lecce, the show that was supposed to take place on May 9 and then postponed at the end of the lockdown, Dior has inaugurated the summer season with the opening of an exclusive pop up store in Capri, one of the most symbolic places of the Italian “Dolce Vita”. In addition to the historic boutique on the island, in via Camerelle, the new Dior store is a temporary store inside the Riccio Restaurant & Beach Club, part of the Capri Palace Jumeirah. Overlooking the blue waters of the Mediterranean, the store will house the Dioriviera collection designed by Maria Grazia Chiuri.

The location can only be reached by sea, thanks to a dedicated boat service, and is undoubtedly suggestive: immersed in luxuriant vegetation, the bamboo furniture is embellished with the traditional Dior Toile de Jouy motif, a contemporary reinterpretation of Italian ceramics and local crafts, as well as the traditional bayadère stripes on cushions, umbrellas and beach cabins entirely re-decorated by the Maison in the lounge area. 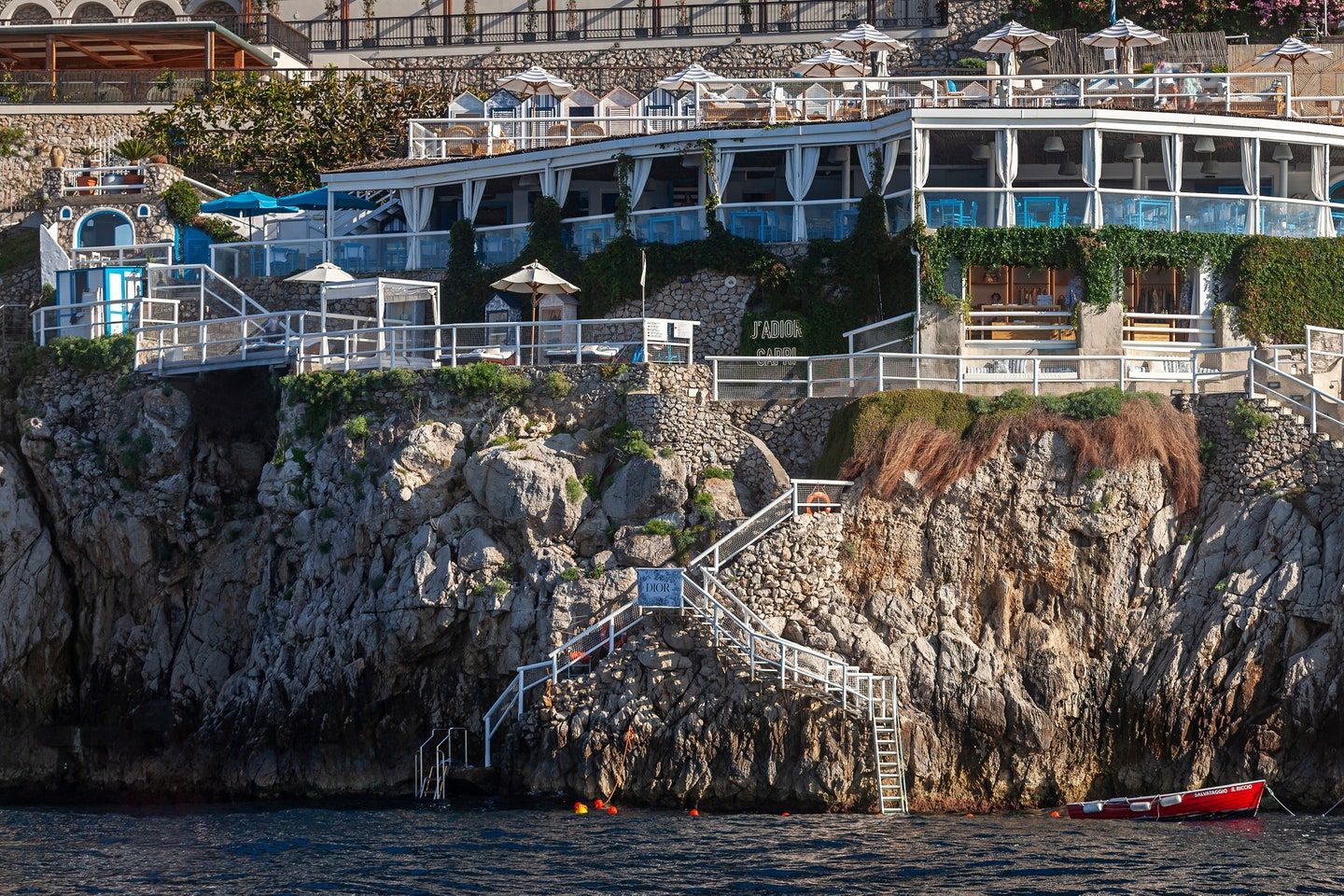 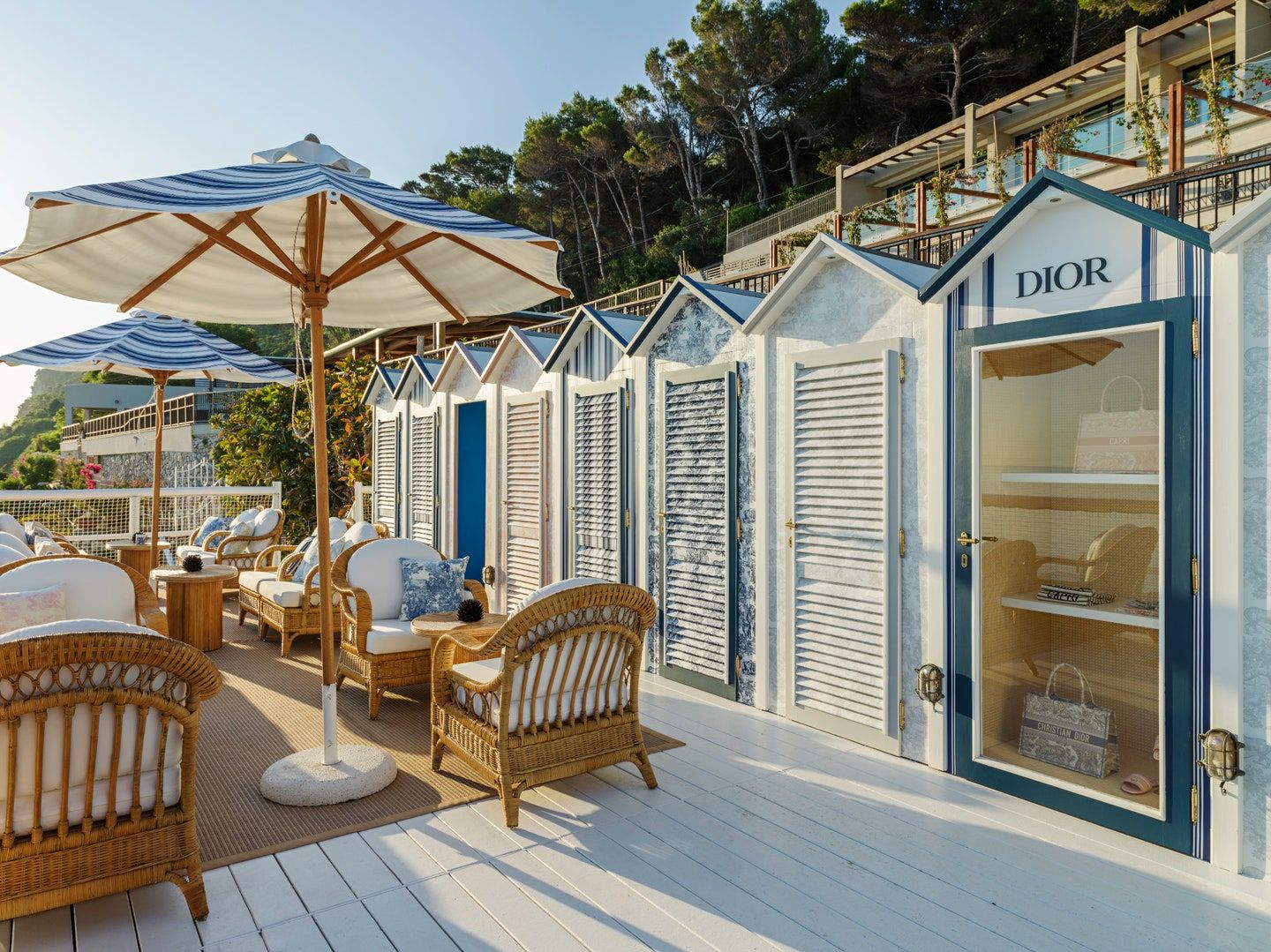 Similarly to the recent collaboration with Vespa, for which Maria Grazia Chiuri will design a limited edition scooter, the Capri pop up store is a tribute to Christian Dior’s love for the Italian Riviera, and fully embraces the tradition of Mediterranean aesthetics which this year has made a huge comeback, even in the campaigns of many brands (Chanel, Bottega Veneta and Jacquemus). Among the items on sale, alongside the marinière, summer accessories and the iconic Dior Book Tote, Saddle and Diorcamp summer bags of the Maison revisited with motifs inspired by the designs of the Roman artist Pietro Ruffo, the pop up’s offer also includes some exclusive items from the Dior Maison line, including skateboards, deck chairs, candles, cushions and even beach rackets.

The Capri store is not the only one open for the summer by the French Maison: another one was inaugurated in Forte dei Marmi on June 13th, while on July 1st it will be the turn of the one in Cortina D’Ampezzo. Outside of Italy, Dior has chosen other marine locations such as Ibiza and Mykonos. In summer of social distancing, though, it is still not clear whether similar initiatives will find fertile ground despite the absence of foreign tourists who habitually put their hands on the wallet. 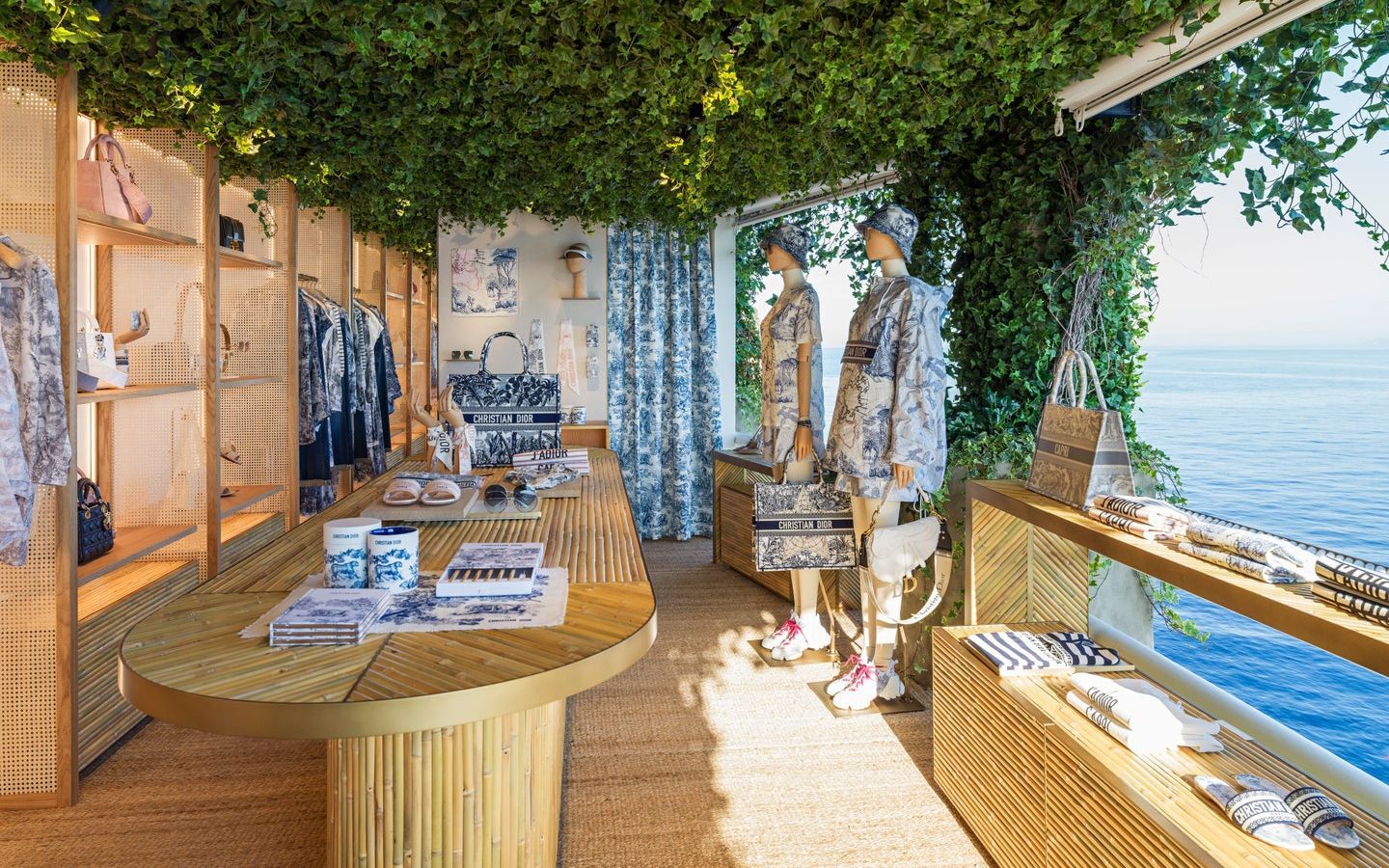 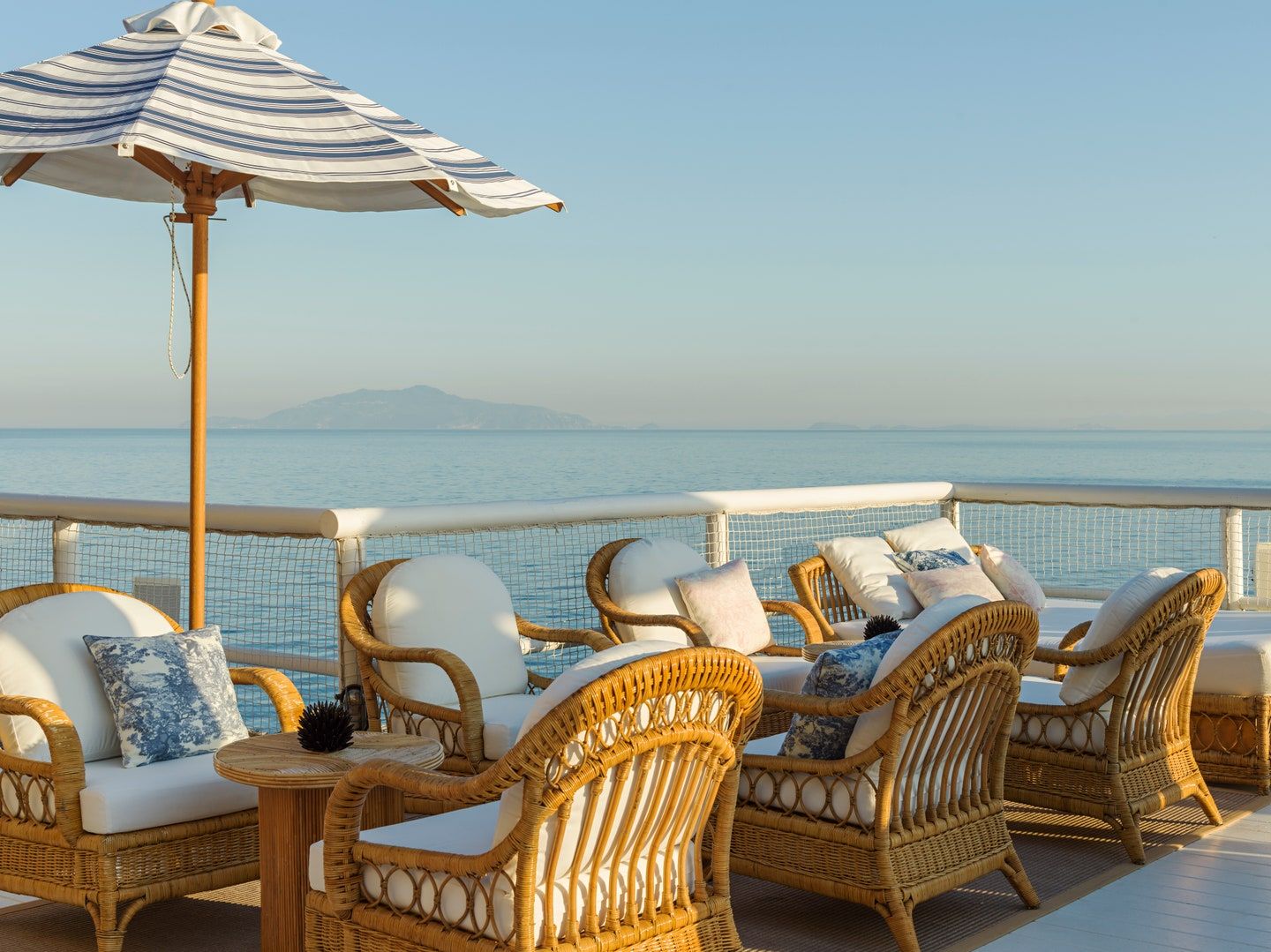 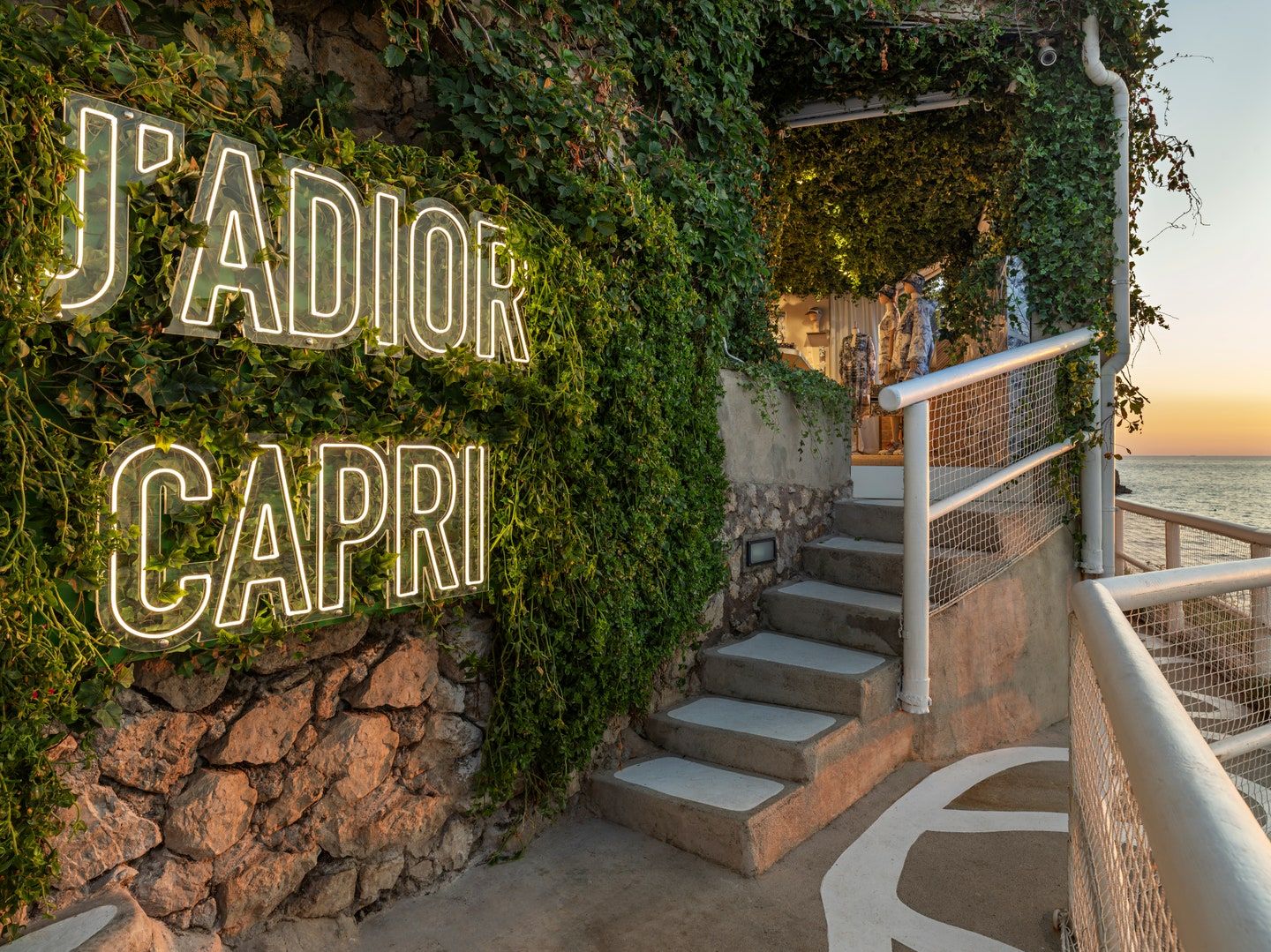